In previous years, even before the pandemic struck a blow to art fair attendance, the halls at Abu Dhabi Art were sparsely populated with visitors, leaving many dealers to ponder whether the market had gone dry in the UAE capital. But at the 14th edition of the fair this year, flocks of guests from the region and beyond populated fair grounds on all days. “It’s the best edition in a while!” longtime Dubai-based dealer Sunny Rahbar told Artnet News.

Diversity was the predominant theme at the fair, which returned to Manarat Al Saadiyat from November 16 to 20, and seems to have become somewhat of a bridge to international collectors for gallerists coming from nearby countries undergoing socio-economic and political upheaval.

Organized again by the Department of Culture and Tourism–Abu Dhabi, this year also marked the fair’s largest edition, with 80 galleries from 28 countries, with 33 new galleries from Colombia, France, Tunisia, Italy, Nigeria, South Korea, Italy, Morocco, Turkey and the UAE.

A greater presence of Turkish galleries responded to the challenging market facing galleries at home. In October 2022 inflation of the Turkish lira climbed to 83 percent, marking a 24-year high. Istanbul-based 20-year-old gallery Dirimart, participating for the first time, said they haven’t had to adjust their prices in the face of inflation but did admit that some Turkish collectors are hesitant to buy. “The UAE is a good place to develop now,” said director Levent Özmen. The gallery sold a work by prominent Turkish artist Fahrelnissa Zeid to an Abu Dhabi-based collector for over $100,000. 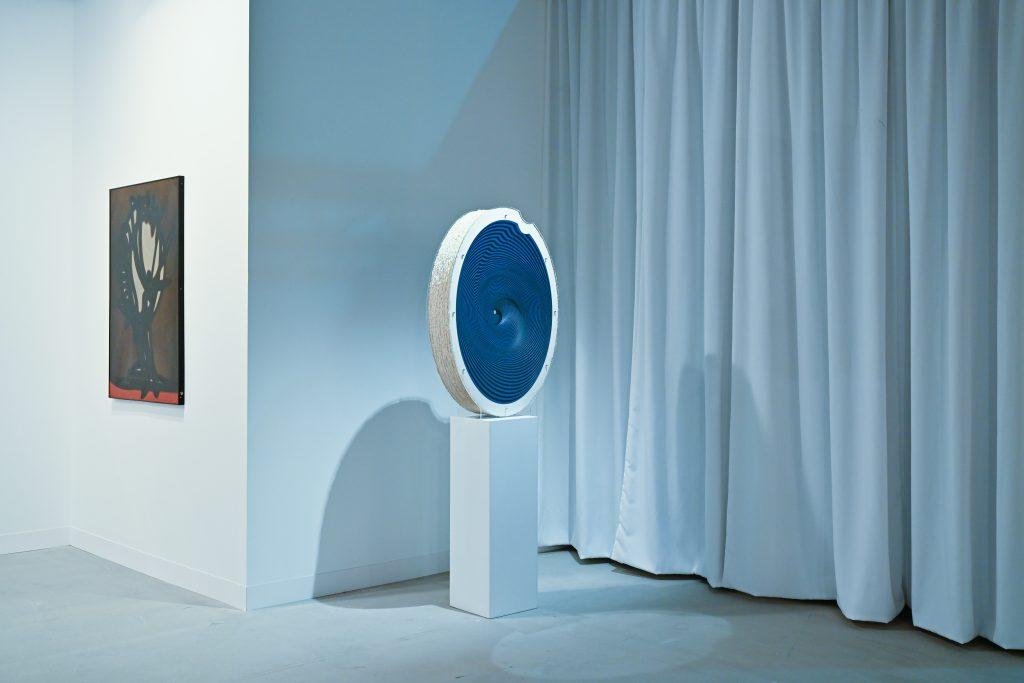 Özmen was not alone in his thinking. Prices at the fair were also diverse, from works capped at $3,000 in the Emerge section, to the highest priced work: a museum quality painting by Cuban master Wilfredo Lam being offered in the range of $5 million–$8 million at Galeria La Cometa. The gallery’s Andrés Córdoba said they returned for a second year after they sold a work by Fernando Botero for just over $1 million last year.

Though the Lam garnered much interest, it remained unsold on the last day of the fair. But Abu Dhabi Art is known as a fair where collectors take their time, particularly local buyers.

“This has always been a slower paced fair,” Lawrie Shabibi gallery co-founder William Lawrie told Artnet News. “This is not a fair where you know how you’ve done on day two. Many acquisitions happen on the last day or even after the fair.” The gallery showed a solo booth dedicated to work by Iranian-British artist Farhad Ahrarnia, and sold several works on the last day priced between $14,000–$19,000.

“At this fair, people take their time; it is not a fair where people are buying with their ears and trying to get the next thing that will make them money,” echoed fair director Dyala Nusseibeh.

Abu Dhabi is now a changed city, one filled with top museums, like the Louvre Abu Dhabi which celebrated its fifth birthday last week, and more on the rise, like the Guggenheim Abu Dhabi, Zayed National Museum, teamLab Phenomena Abu Dhabi, and the interfaith Abrahamic Family House.

Regular exposure to such pivotal works of art at new museums, alongside the presence of institutions, art galleries and fairs have inspired younger local residents to appreciate and collect art.

“They grew up with the museums, art fairs and galleries and are now eager to buy,” Nusseibeh said, stressing how the boutique fair is ultimately for the benefit of the “community and the wider public.” And the royal family supports such aims. “They are very supportive of galleries,” Nusseibeh added. “For them it matters that they have come and invested in Abu Dhabi.”

Farah Ossouli, Delacroix and I (2019). Courtesy the artist and Dastan’s Basement.

For a fair that began in 2009 with a handful of blue-chip galleries like Gagosian and David Zwirner, eager to sell to Abu Dhabi’s Nahyan royal family, over the years the Abu Dhabi Art has taken on a distinctly regional character, focusing instead on artists and galleries from the Gulf and wider Middle East. However, the last two years has seen the fair encompass a more diverse mix of galleries and artists, with this year particularly multicultural, especially in its increased showcase of art from North and sub-Saharan Africa, Turkey, and Iran.

On the booth of Tehran-based Dastan’s Basement, a painting reappropriated a scene from Eugène Delacroix’s famous depiction of the French Revolution, Liberty Leading the People. Iranian artist Farah Ossouli’s highly detailed and passionate work in gouache on cardboard, titled Delacroix and I (2014), seemed a timely one to showcase with the ongoing protests in neighboring Iran, just a one and a half hours by flight from Dubai. The work, from the artist’s private collection, wasn’t for sale.

“It’s very important to raise awareness about what is happening through art—art is a reflection of society on a deeper level,” Hormoz Hematian, founder of Dastan’s Basement, told Artnet News. “Ossouli is a pioneer for bringing Persian miniature painting into contemporary art. We felt the fair was a way to bring attention to her work.”

All Hematian’s spaces in Tehran—Dastan’s Basement, +2 and Parallel Circuit—remain closed due to the ongoing protests. 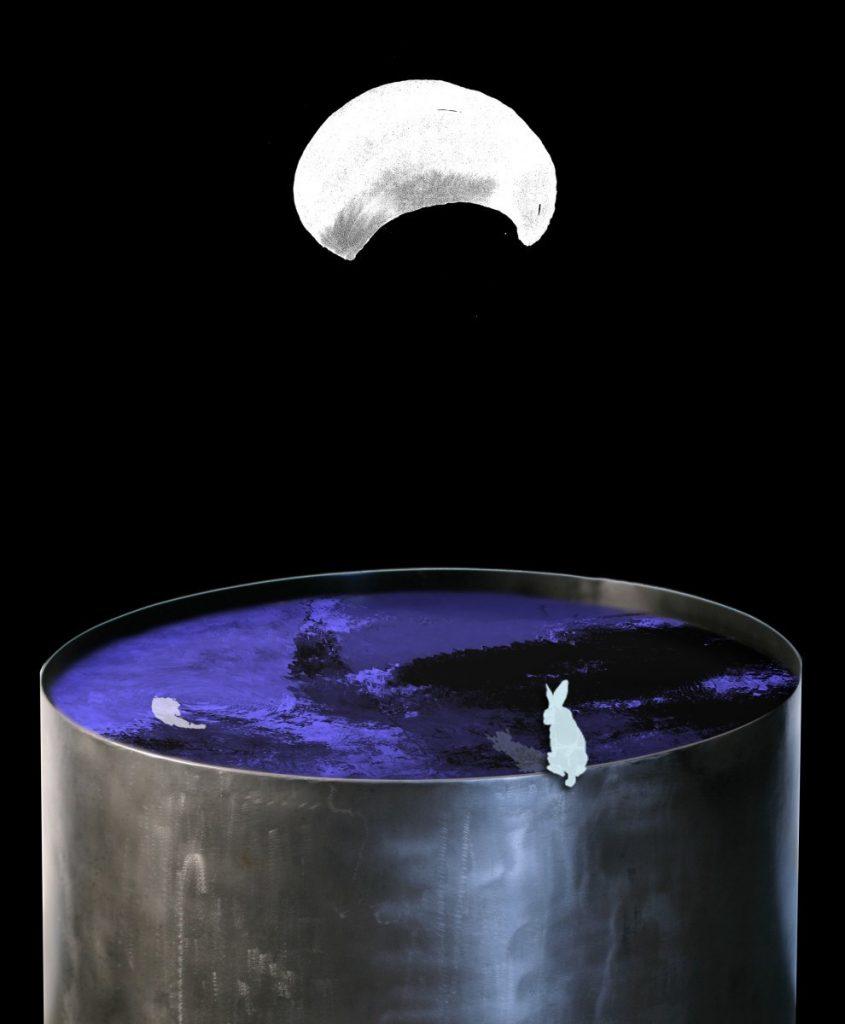 “There was definitely a strong presence of Iranian modern and contemporary art at this year’s fair,” Iranian-Dubai-based collector and businessman Mohammed Afkhami told Artnet News. Afkhami launched his virtual museum during the week but as a sign of respect to what is taking place in Iran, he said he decided to delay the formal launch until early 2023.

Further marking the Iranian presence was the exhibition “Farideh Lashai: Afloat Over Undulations,” showcasing works from the latter part of the late Iranian artist’s life. “The works relate to moving images and photography and reflect what is happening with women’s voices in Iran in a subtle way,”  Maneli Keykavoussi, Lashai’s daughter and director of the Lashai Foundation told Artnet News. “The show tells a bloody history with a great sense of humor and love, through allegory, in a prophetic way, and above all, with beauty.”

And the platform paid off financially, too, which is more important than ever as galleries remain closed back home. Hassan Saradipour, owner of Sarai Gallery, whose space in Tehran remains closed, sold several works by Iranian artists ranging from $2,000 to $40,000. While the gallery’s branch in Mahshahr, in southern Iran, remains open, there is a lot of focus on international platforms for his artists, either through its space in London’s Cromwell Place, or in programming at his forthcoming gallery in downtown Los Angeles in April 2023. And his verdict on Abu Dhabi Art? This year, he said, the fair is becoming “high-level.”

Art Industry News: Climate Activists Can’t Agree on Whether Throwing Soup at Art Is the Best Strategy or Not + Other Stories