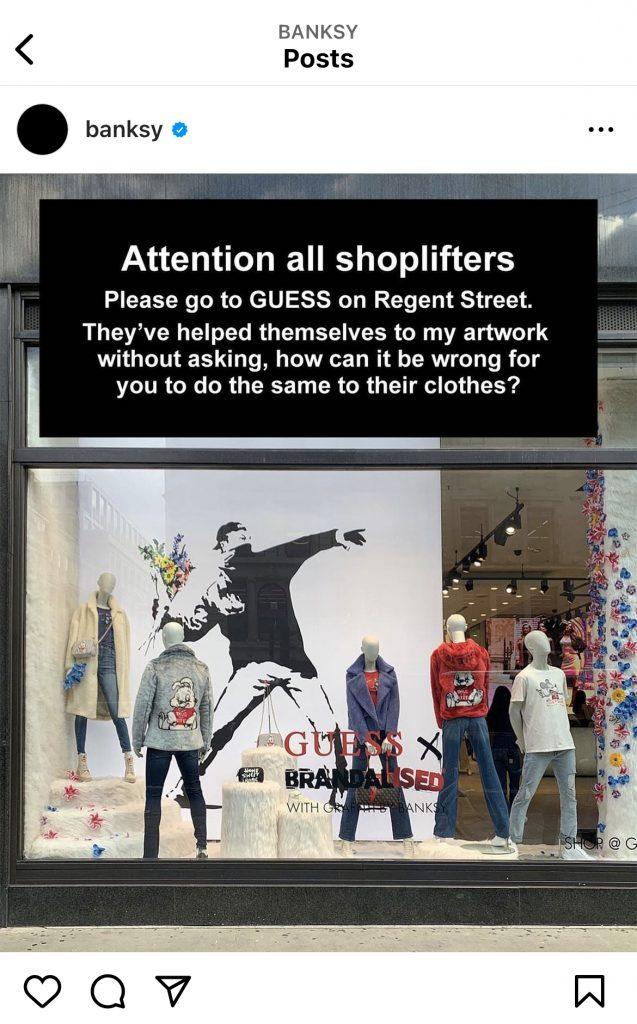 Dutchman Arrested for Fraud Relating to Dresden Heist – The 54-year-old was arrested after he was caught pretending to offer loot from the 2019 heist at Dresden’s Green Vault. The suspect, who arranged to sell a historic Polish medal for $41,400 to a detective and then fled with the cash, is now in custody in Germany. (Citizen)

How One Brazilian Museum Is Trying to Rebuild – A blaze gutted the National Museum of Brazil in Rio de Janeiro in 2018, claiming most of its 20 million artifacts and ethnographic collections, much of which were collected by European travelers during the colonial period and displayed without proper context. Now, as the museum rebuilds, its director is bringing in the country’s Indigenous communities to consult on how their stories should be told. (New York Times Magazine)

Banksy Encourages People to Shoplift at Guess – The street artist called out the fashion label on Instagram for using his “Flower Thrower” work and other images in clothing designs without permission. Banksy has invited “all shoplifters” to descend on the brand’s storefront in London, writing, “They’ve helped themselves to my artwork without asking, how can it be wrong for you to do the same to their clothes?” (Paper)

National Gallery of Canada Fires Four Curators – The Ottowa museum let go of its chief curator, Indigenous art curator, director of conservation and technical research, and senior manager of communications in what is being communicated as a “restructuring” less than six months after the institution’s chief operating officer Sasha Suda left to lead the Philadelphia Museum of Art. Greg A. Hill, the Indigenous art curator who had been with the museum for 22 years, said on Instagram that he was fired “because I don’t agree with and am deeply disturbed by the colonial and anti-Indigenous ways the Department of Indigenous Ways and Decolonization is being run.” (ARTnews)

Climate Activists Face Legal Auction – The Munich District Court has handed down criminal orders to two climate activists who glued themselves to the frame of a Peter Paul Rubens painting at the Alte Pinakothek in August. They will also be issued a “significant” but undisclosed fine. The public prosecutor’s office said the damage amounted to some €11,000 ($11,273). (ARTnews)

Hindman’s Expands to New York – Christie’s auctioneer Gemma Sudlow is leaving the house after 17 years to lead the expansion of Chicago-based auctioneers Hindman’s, which is opening a salesroom in Manhattan. (Barrons)

Artists Protest Human Rights Abuses at World Cup – Artists Andrei Molodkin and Jens Galschiøt unveiled new works designed to draw attention to the plight of migrant workers in Qatar as the country hosts the World Cup. Molodkin created a trophy that slowly fills up with crude oil, while Galschiøt unveiled a necklace comprised of 6,500 skulls, which represents the number of migrant workers estimated to have died in Qatar. (TAN)

Opium Traces Found in 3,500-Year-Old Pottery Suggests the Ancient Canaanites Were the First Humans to Use Psychoactive Drugs