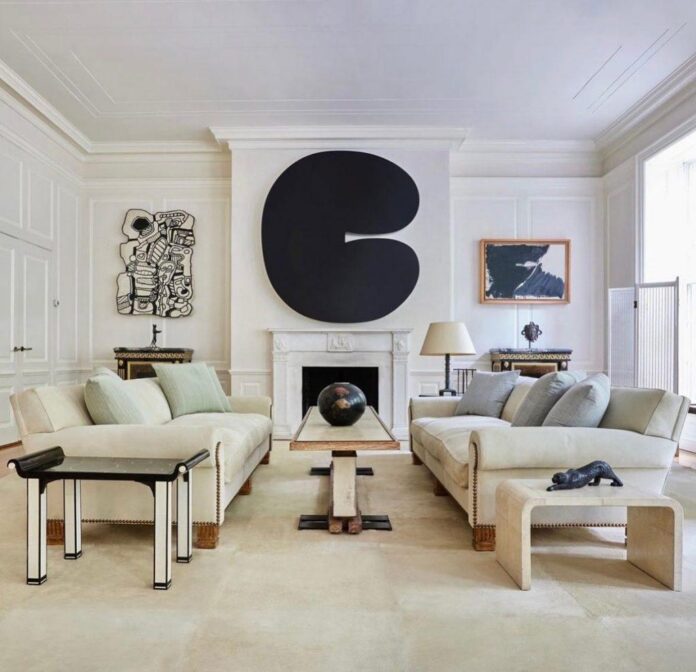 The offloading of billionaire Ronald Perelman’s assets continues apace. First it was the private jet and yacht, next the majority of his shares in AM General, and now, the man once labelled America’s richest is offloading his collection of French Art Deco and modernist design.

Announced by Sotheby’s on October 24 via Instagram, the sale titled “The Perelman Collection: Masterworks of Design” will take place at the auction house’s New York headquarters on December 6. It’s being billed as one of the most important and extensive collections of French design ever to hit the block. The 120-lot sale has a combined estimate of between $14 million and $21 million.

“This curated body of work from the Perelman Collection tells the story of a quintessential period shaped by experimentation, innovation and a quest for modernity,” Sotheby’s said in a statement.

Perelman has been amassing a vast collection of early modern design pieces since the 1980s. The sale is set to include works from Irish furniture designer Eileen Gray, Alberto and Diego Giacometti, master cabinetmaker Eugène Printz, and Art Deco pioneer Émile-Jacques Ruhlmann, among many others.

Although a full catalogue is yet to be released, an exhibit attached to court filings in an ongoing insurance lawsuit in New York State lists works that could potentially go to auction. They include a Paul Dupré-Lafon blonde oak secretaire valued at $2.5 million, two Jean Dunand valued at $2.5 million each, and a set of 12 Émile-Jacques Ruhlmann side chairs valued a just under $1 million.

The sale arrives amid an ongoing legal battle between Perelman and a group of insurance companies over the extent of damage dealt to five blue-chip paintings during a 2018 fire at his East Hamptons estate. Three limited liability companies affiliated with Perelman, known collectively AGP Holdings, claim to be owed $410 million for damage to two Andy Warhol pieces, two Ed Ruscha works, and a Cy Twombly painting AGP valued at $125 million—$55 million more than Twombly’s current auction record.

The insurers, who have paid out around $141 million for other fire-related property damage, rejected AGP’s claims, insisting that any damage to the five works could not be attributed to the fire. The lawsuit has been unfolding since 2020 but had gone unnoticed since the original filings do not identify Perelman or the fire’s location.

Perelman’s financial decline has largely come at the hands of the pandemic, with his wealth dropping from $19 billion to $4.2 billion, according to the Bloomberg Billionaires Index. Central to his situation is Revlon, the beauty product company of which Perelman is majority owner. The company filed for bankruptcy in June and was officially delisted from New York Stock Exchange on October 21.

Perelman himself has pointed to a shift in values and a desire for a simpler lifestyle as the motivation behind selling off his assets. “I concluded that it’s time for me to clean house, simplify and give others the chance to enjoy some of the beautiful things that I’ve acquired just as I have for decades,” he said in a statement back in 2020.

Ahead of the auction, highlights of the collection will be shown at Sotheby’s in New York from November 4 to 14.

What the arts do to help Ukrainian refugees?

The Positive Effects Of Art on Mental Health