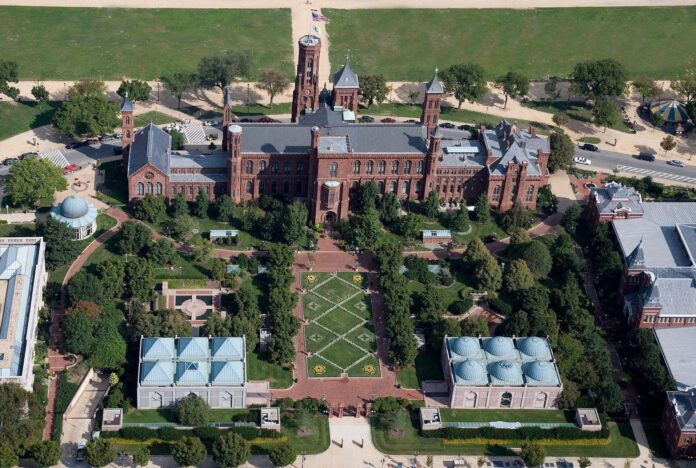 The Smithsonian American Women’s History Museum—one of several new Smithsonian Institution museums in the works in Washington, DC—announced this week a major donation to support its development: $1m from the reinsurance provider Swiss Re. The gift represents the first corporate donation to the museum, a significant milestone in a project that came about through decades-long campaigns.

In a statement on “Giving Tuesday” (29 November), the museum’s interim director Lisa Sasaki said the donation will support the museum “as we lift up told and untold stories of women who helped shape our country, society and culture.” She added: “The history of American women is vital to a comprehensive understanding of who we are as a nation.”

Congress approved the creation of the museum in December 2020, nearly two decades after senators introduced a bill for it in 2003. It also voted to authorise a National Museum of the American Latino. The Smithsonian Institution has since conducted a search for locations to build both institutions and is required to select the final sites by this month. Potential sites include the historic Adolf Cluss and Paul Schulze-designed Arts and Industries Building; the Department of Agriculture Administration Building; and the FBI headquarters, or the J. Edgar Hoover Building, which could be demolished to make room for either museum.

The Congressional Budget Office estimated in 2019 that the American Women’s History Museum would cost $375m over the next decade. The Smithsonian has received $4m in Congressional funding to develop exhibitions and programming, and has also privately raised about $10m. The museum aims to document, research, collect and exhibit stories on women’s contributions to US history.

“Its mission aligns with our values, and we are happy to be a part of something much bigger that will help amplify the contributions and accomplishments of women in American history,” Jonathan Isherwood, chief executive of Reinsurance Americas for Swiss Re, said in a statement.

The Zurich-based company, which has been a Smithsonian supporter since 2016, has been outspoken about its commitment to and transparency on gender equality. Since 2019, it has been included on the Bloomberg Gender-Equality Index, which recognizes public companies for their efforts to reach gender parity.

US officials return antiquities looted from Iraq Museum in 2003

Van Gogh’s Love of Cypress Trees, Symbols of Eternity and Life Cycles, Will Be the Focus of a Major Show at the Met Next...

Want to Own Marie Antoinette’s Armchair? That and Other Royal Treasures Are Heading to Auction at Sotheby’s Paris This Spring