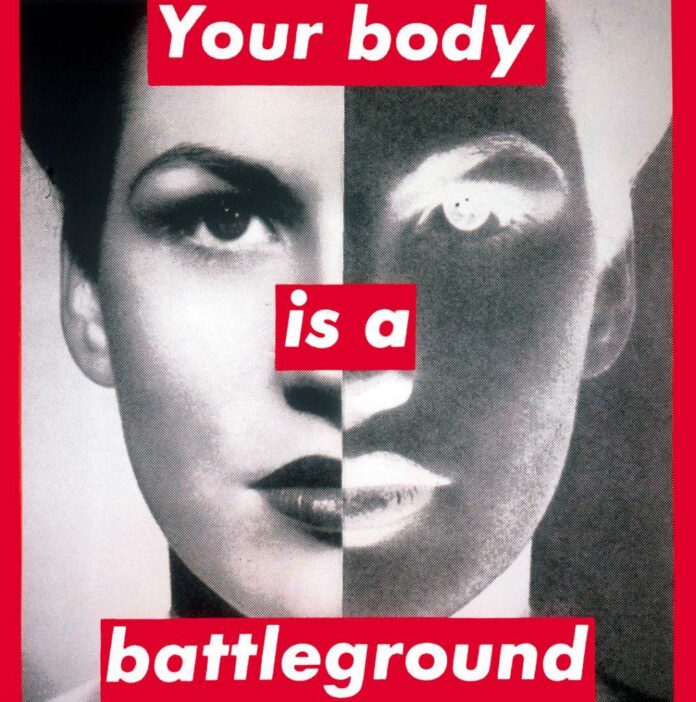 In the wake of the U.S. Supreme Court overturning of Roe v. Wade, a wave of companies located in states that are likely to pass new restrictions on abortion announced that they would pay for employees to travel across state lines to receive medical care. The list, which includes major corporations such as Amazon, Bank of America, and Goldman Sachs, swiftly circulated online. But it was unclear whether arts employers would follow suit.

Artnet News reached out to 16 art institutions in states where abortion is either already illegal or at risk of becoming illegal. The majority of institutions either declined to comment or stated that they would follow local laws.

One exception is Art Basel, which operates one of its three flagship fairs in Florida. The fair pledged to reimburse travel expenses for employees in the United States seeking to access abortion care. (The status of abortion law in Florida currently remains uncertain; the state bans the procedure after 15 weeks, and anti-abortion advocates have been pushing for additional restrictions.)

“Our company fully supports women in the fundamental human right to medical care, personal dignity, and self-determination, regardless of the state in which they reside,” Marc Spiegler, global director of Art Basel, wrote over email. Florian Faber, CEO of Art Basel’s parent company MCH Group, said in an internal memo: “We stand by our commitment to assist our colleagues, to honor their privacy, and to support them in their personal healthcare choices.”

Museums, meanwhile, were far less explicit. (It is worth noting that while Art Basel is a private company, museums’ tax-exempt status makes them more vulnerable to intervention from attorneys general and other government agencies.)

An employee at the Wexner Center for the Arts in Columbus, Ohio—where abortions are currently banned after six weeks—said that as part of the Ohio State University system, it is subject to the rules of the university, which has yet to comment on its plans. Behind the scenes, a source close to the Wexner told Artnet News that some individual department heads had informed employees that they would personally pay for their travel costs out of pocket if necessary.

One arts foundation in Texas requested anonymity due to the state’s Senate Bill 8, nicknamed the “bounty hunter law,” which financially rewards citizens for turning in individuals who aid and abet the procurement of abortions. The foundation confirmed that they are developing an internal plan for employees, but declined to give details.

The Nelson-Atkins Museum in Kansas City, Missouri, which has banned abortion in all cases except medical emergency, said that it would not cover travel fees for employees due to the museum’s proximity to the Kansas state line. (Kansas allows abortion until 22 weeks of pregnancy; the nearest Planned Parenthood is in Overland Park, Kansas, which is around a 20-minute drive from the museum.) “So, the answer to your question is no, not at this time,” a representative for the Nelson-Atkins wrote over email.

Utah’s Museum of Fine Arts will not reimburse employees, either. (A judge recently put on hold a law that would have introduced sweeping new abortion restrictions in Utah as a legal battle makes its way through the courts.) “Employees may request reimbursement for travel related expenses incurred only when traveling on official university business,” a museum representative said. The museum is part of the University of Utah, which is a public university, and is thus funded by the state. “Employees [are given] a generous sick leave policy which can be used for medical services,” the rep added.

Some employers—including the Crystal Bridges Museum of American Art in Arkansas, the Museum of Fine Arts, Houston, the Bass Museum in Florida, and the West Virginia University Museum of Art—declined to comment or did not respond to our inquiry. Representatives for the High Museum in Georgia said that because no new laws have passed since the overturn of Roe v. Wade, it has not changed any of its policies.

In a 17th-Century Polish Grave, Archaeologists Have Discovered the Bones of a Woman Once Believed to Be a Vampire