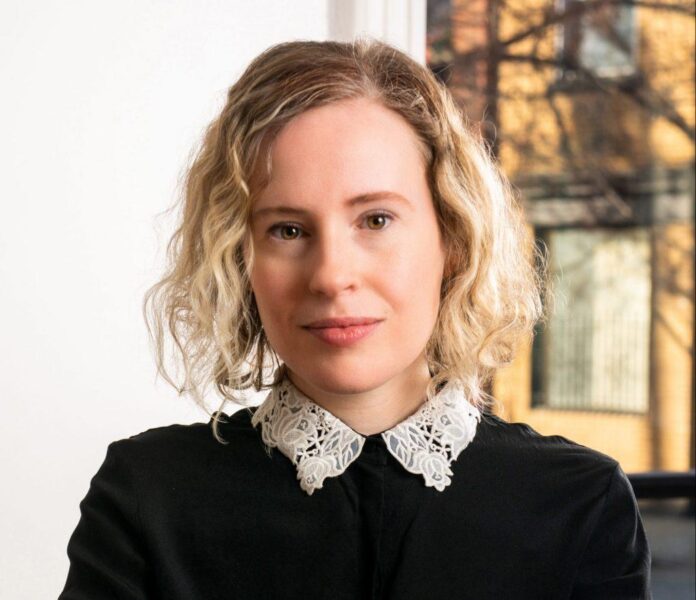 Shortly after the Carnegie International opened in Pittsburgh last weekend, Lexi Bishop, the former Christie’s contemporary art specialist who launched her own gallery on the city’s North Side last November, closed her second group show, “Stranger Things.” In a few months, she’ll celebrate the first anniversary of her gallery, called Here, with an exhibition dedicated to the New York artist Rachel Mica Weiss.

“Pittsburgh’s known for its potholes,” Bishop noted, not for its art galleries. Here is one of the few commercial art spaces in the city. But Bishop has lived in more than 15 cities during her lifetime, developing art ties in each place. Cultivating relationships has become one of her core practices as an art dealer. “I still heavily rely on my collectors from New York and L.A.,” she said.

Bishop lived in New York while working as a contemporary art specialist at Christie’s. After five years there, she was inspired to move into the gallery scene following her first experiment curating a pop-up show on the Lower East Side. Bishop then crossed the country to take a job at Nino Mier’s West Hollywood gallery in 2019.

In L.A., she learned the backend of the gallery business, especially dealing with unexpected challenges like those brought about by Covid-19. But when she and her partner found themselves in Pittsburgh because of the pandemic, Bishop saw an actionable path to what once seemed unattainable—her own space.

The rent for Here is less than $1,000 per month, in the same historic neighborhood as the Mattress Factory, known as the Mexican War Streets, where Andy Warhol and Gertrude Stein grew up. The Warhol Museum is close by too. Bishop said the price point allows her to take greater risks. 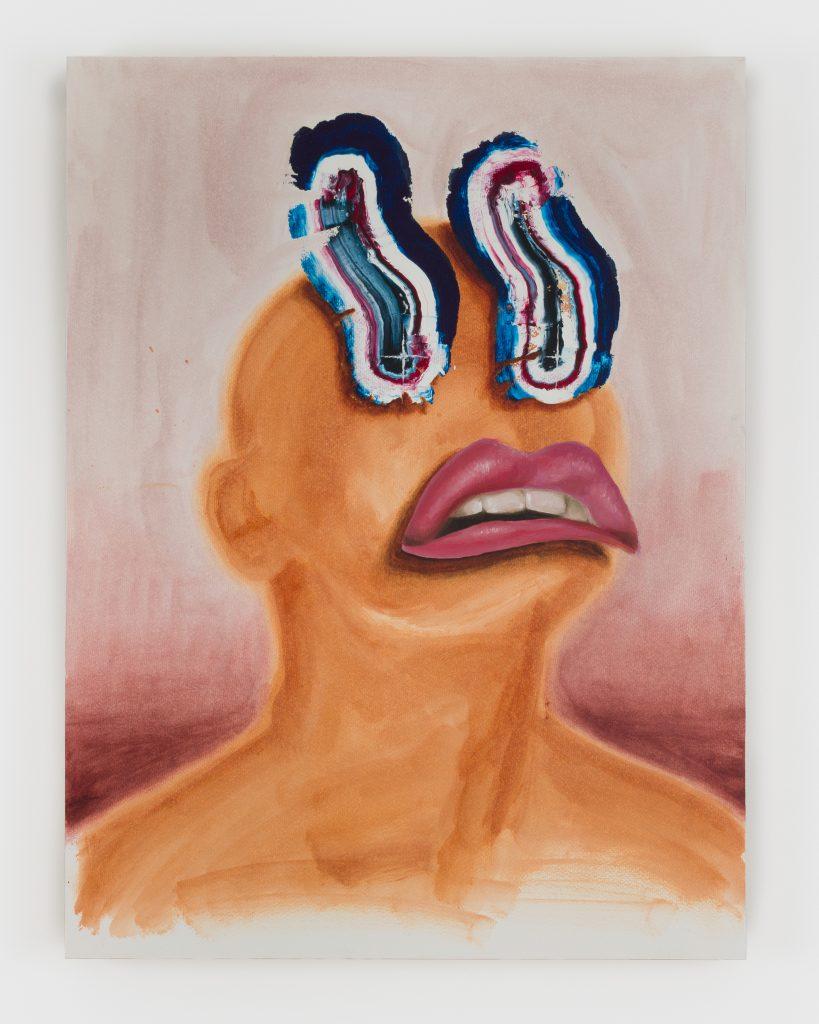 She estimates acquiring at least half of her artworks because they made her laugh. “They are maybe not obviously funny,” Bishop said. “The number one thing is that they are clever,” like Wade Kramm’s clear glass Invisible Traffic Cone, which would save nobody from Kim Beck’s “Pothole Positives” series, cast in bronze from the city’s streets. Both artists are based in Pittsburgh and were included in “Stranger Things,” along with 10 others, hailing from L.A., Costa Rica, San Francisco, and New York.

Bishop’s overall approach to programming balances such expression with strategy. The group show was prompted both by the release of the fourth season of the popular Netflix retro-horror series Stranger Things, and Surrealism’s comeback in the market. The opening of the Carnegie International helped cement its place the schedule. “I wanted to make sure I had something that reflected my personal taste and vision,” Bishop said, and entice the industry folks flocking to the city for the exhibition. 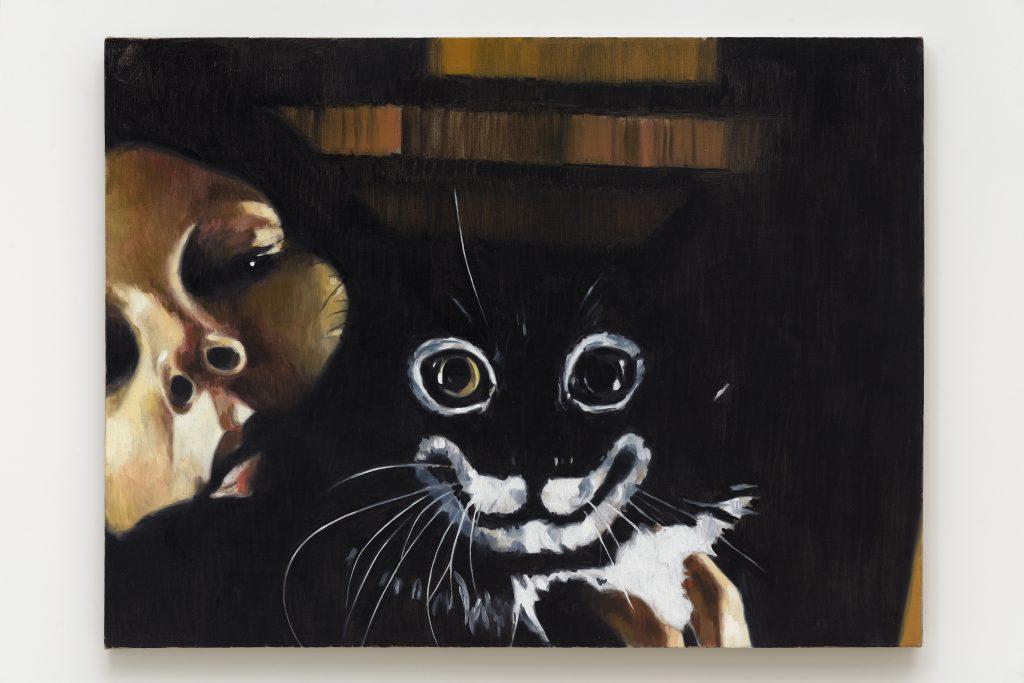 Some of the artists she included in the show, like Joseph Bolstad and Andrea Smith, are ones she has wanted to work with for a while. Gesturing to Oliver Clegg’s Zelda, a handsome portrait of a smiling black cat, Bishop recalled that she’d first spotted the artist’s work at the Journal Gallery in New York in November 2019, where Clegg had a short solo show as part of its Tennis Elbow program series.

Most of the time, she scouts talent through word of mouth, asking the artists she admires who to look into. These networks drew Bishop to the gallery side in the first place.

“When you’re at an auction house, artists really don’t like you,” she said. But Bishop quickly realized that she enjoys working directly with artists to build their careers. Her affinity for emerging artists arose from her taste for risky work. “Without necessarily thinking about it, I was hoping to have artists that I grow with, because representing an artist is almost like a marriage,” Bishop said.

She has also noticed that “Pittsburgh artists have a valuation problem.” Her move to the city is a mutually beneficial opportunity not only to explore her own dreams, but to help develop the city’s art scene.

Pairing Pittsburgh-based artists with peers like Devra Fox, who has shown at Hesse Flatow near the High Line in New York, and Rachel Youn, represented by Sargent’s Daughters in Manhattan’s Lower East Side, adds some appeal to the formerly pejorative term “local art.” And an influx of new tech money from companies that have moved into Pittsburgh, like Duolingo and Argo AI, means there is a potential new, young, collector base there. 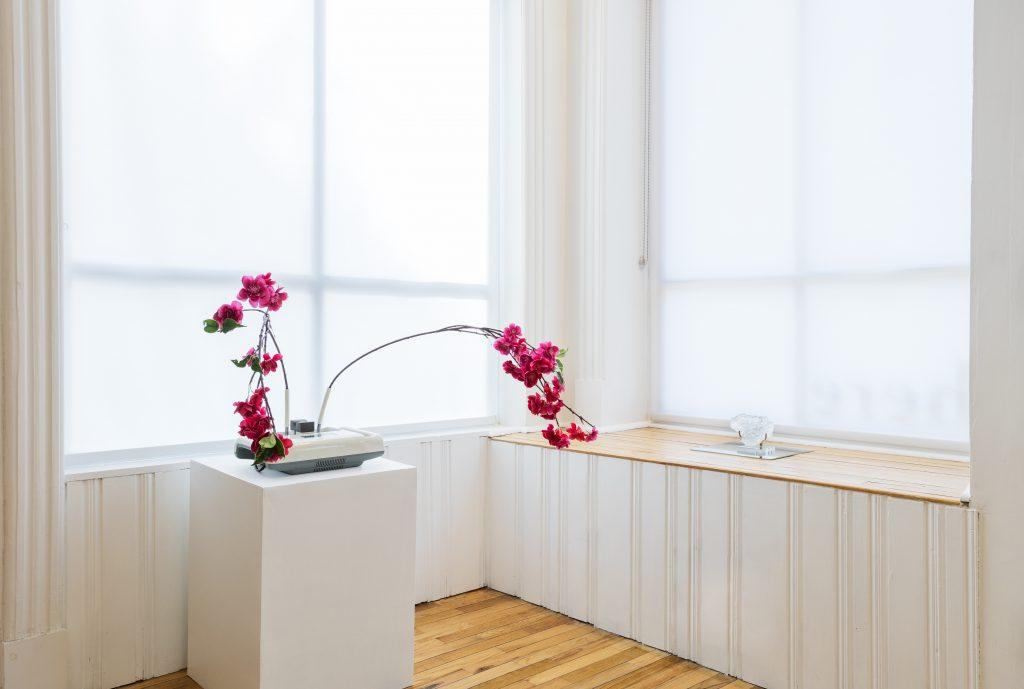 Bishop has also found that Pittsburgh’s institutions are more accessible than those in larger markets. It took her six months to get coffee with someone from the Hammer Museum in Los Angeles, but Bishop has already co-founded the first young collectors group at the Carnegie Museum, now with 40 members.

Next on Here’s schedule is an exhibition with Jamie Earnest, a recent Carnegie Mellon graduate who originally hails from Alabama but opted to stay in the city—a trend that is further enriching the cultural landscape.

Bishop hasn’t done any fairs yet, but aims to participate in one next year—probably the New Art Dealers Alliance (NADA) fair in New York, since Here became the group’s first Pittsburgh-based member in April.

And although she is personally filling every role at the gallery right now—from janitor to accountant—she is also able to rely entirely on own instincts. “This is the first time in my life where I haven’t been answering to a white man,” Bishop said, adding that her past experience has honed her eye. “Hopefully that works.”