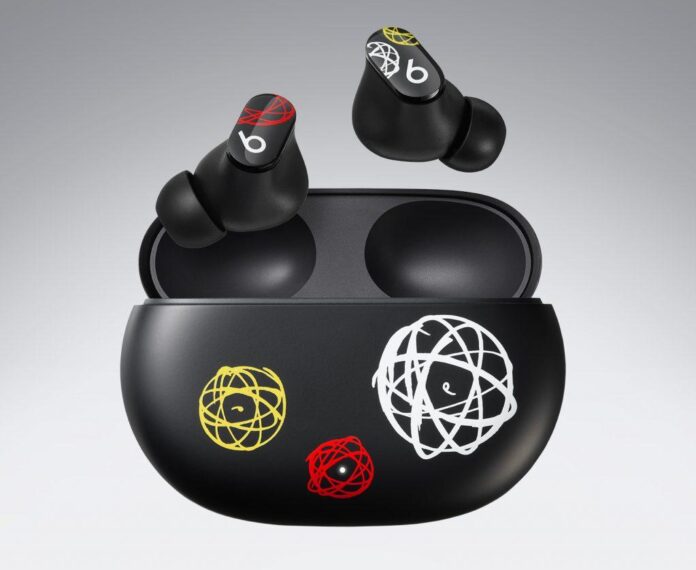 The graffiti artist Futura, born Leonard McGurr in New York, made his name in the 1970s tagging subway cars with his futuristic, abstract designs, and as part of the “Subway School” of artists (see also: Jean-Michel Basquiat, Keith Haring, Kenny Scharf) that defined the city’s cultural landscape in the 1980s.

He created album art for The Clash as well, and painted large-scale canvases live onstage during their performances.

Hip-hop is more his style, however. And so, amid a slew of partnerships with companies from Nike to Louis Vuitton through his design studio, Futura Laboratories, the artist’s new collaboration with Beats by Dre makes a lot of sense. 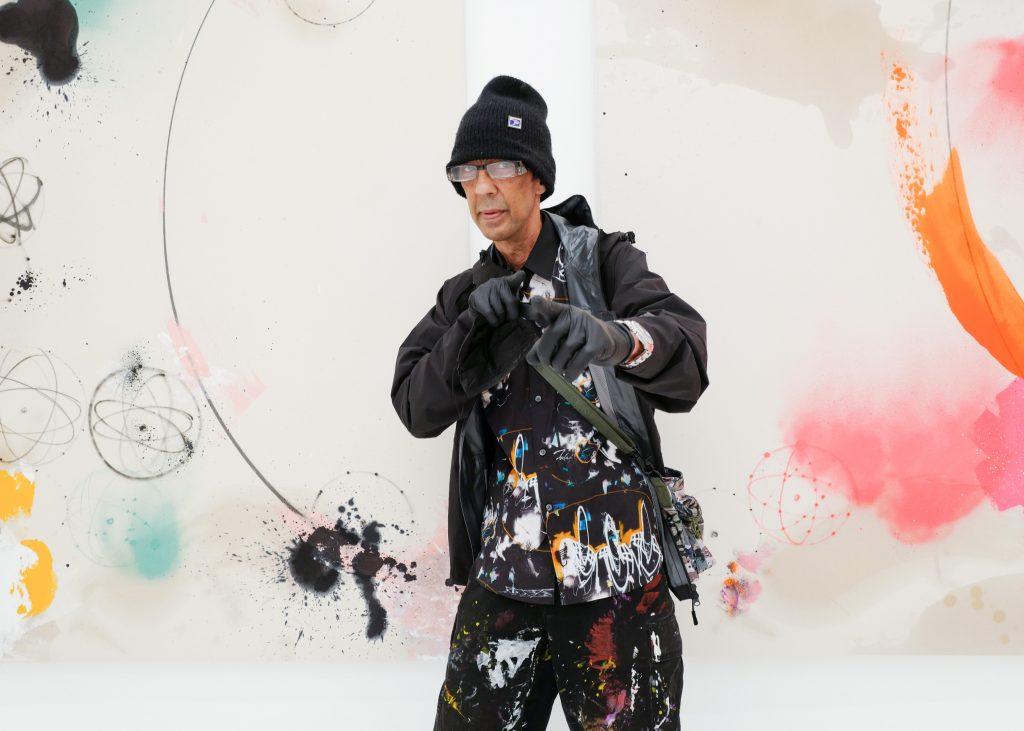 Futura 2000. Courtesy BFA and the artist.

This is Futura’s second time teaming up with the Apple-owned brand, which was founded by the rapper and producer Dr. Dre with Interscope Records cofounder Jimmy Iovine. Nearly a decade ago, they launched Solo HD headphones embossed with the artist’s signature “atom” motif.

Now, that glyph adorns a special edition of wireless, noise-canceling earbuds for both Apple and Android devices, with transparency mode, Class 1 Bluetooth, and up to eight hours of listening time (handy for street artists working late).

“Music has always been a necessity in my creative space,” Futura said in a statement, and perhaps especially lately: The artist is getting ready to open “TARPESTRIES” at Eric Firestone Gallery and its new space, the Garage, in East Hampton next month (August 6–September 18, 2022). They’ll exhibit his latest body of works, featuring layers of spray paint on unframed, industrial-size tarps.

Meanwhile, for the launch of his Beats by Dre earbuds, Futura curated a playlist for Apple Music that reflects New York’s old-school street art scene, with tracks by Gil Scott-Heron, A Tribe Called Quest, Wu-Tang Clan, and (yes) Dr. Dre.