Home News On the First Day of Artmas, My True Love Gave to Me…... 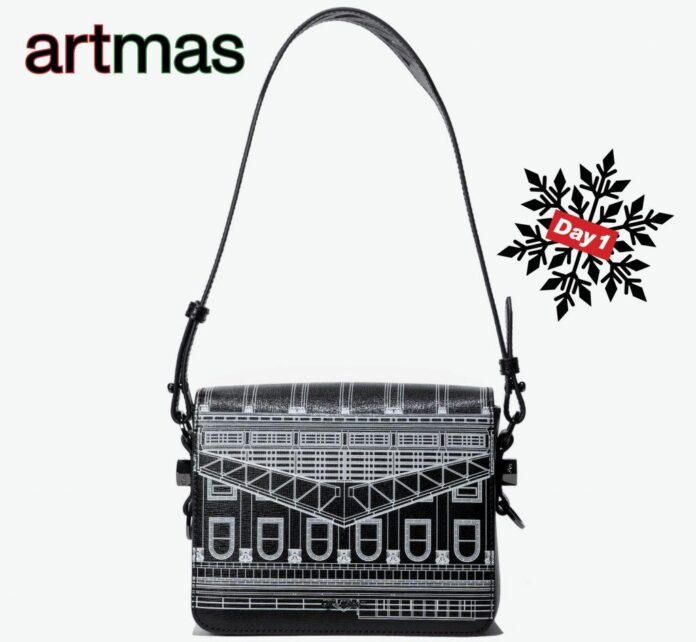 More than one year after his passing, Virgil Abloh is still presiding over the culture. The fifth and final iteration of the late artist and designer’s “Figures of Speech” exhibition (through January 29, 2023), which originated at Chicago’s Museum of Contemporary Art in 2019, has been drawing hordes to the Brooklyn Museum since it opened over the summer—including many a hypebeast.

They’ve been lining up not only to see Abloh’s artworks, designs for Off-White and Louis Vuitton, collaborations with the likes of Arthur Jafa and Takashi Murakami, and never-before-seen objects spanning two decades in the creative polymath’s career—placed, rather metaphorically, on raw-wood architectural tables of his own making—but also to exit through the gift shop, “Church & State” (the name stylized in Abloh’s oft-used, Duchamp-ian quotation marks).

The shop was conceived by Abloh as an extension of “Figures of Speech.” Inside, you’ll find hoodies, hats, totes, notebooks, posters, keychains, and more—all of which Abloh designed back in 2019 exclusively for the Brooklyn Museum show—displayed on the same tables used in the exhibition. After all, as stated on a column at the entrance, “Abloh made little distinction between art and commerce.”

The shop has been dropping new and exclusive merchandise throughout the show’s run, such as limited-edition Pyrex Tears shorts that sold out within a week. (The sixth and final drop is set to happen early next month, in collaboration with Futura.)

But this leather flap bag from Off-White is among our favorites. It is embossed with an architectural drawing of the wooden house that anchors the show, which has hosted panels talks and performances featuring creatives from Abloh’s extended community on the second Sunday of each month. Abloh designed the house in the ethos of what the artist David Hammons called “Negritude architecture,” countering the historic lack of space afforded to Black people in cultural institutions. He literally built one in the center of the museum’s Great Hall—and then naturally, a handbag to match.