Home News Heading to Seoul? Here Are 5 Rising Korean Artists You Need to... 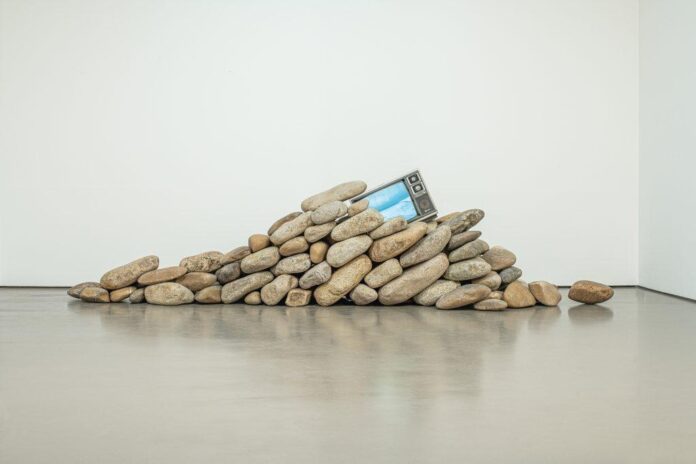 The Korean art scene is facing a major market moment as the inaugural edition of Frieze Seoul readies to open its doors to VIPs in September. The art fair’s first-ever Asian edition will take place alongside the stalwart fair Kiaf, touching off a new chapter for the Korean art market.

Artnet News Pro spoke with galleries, advisors, and collectors about five key artists to know at both fairs. 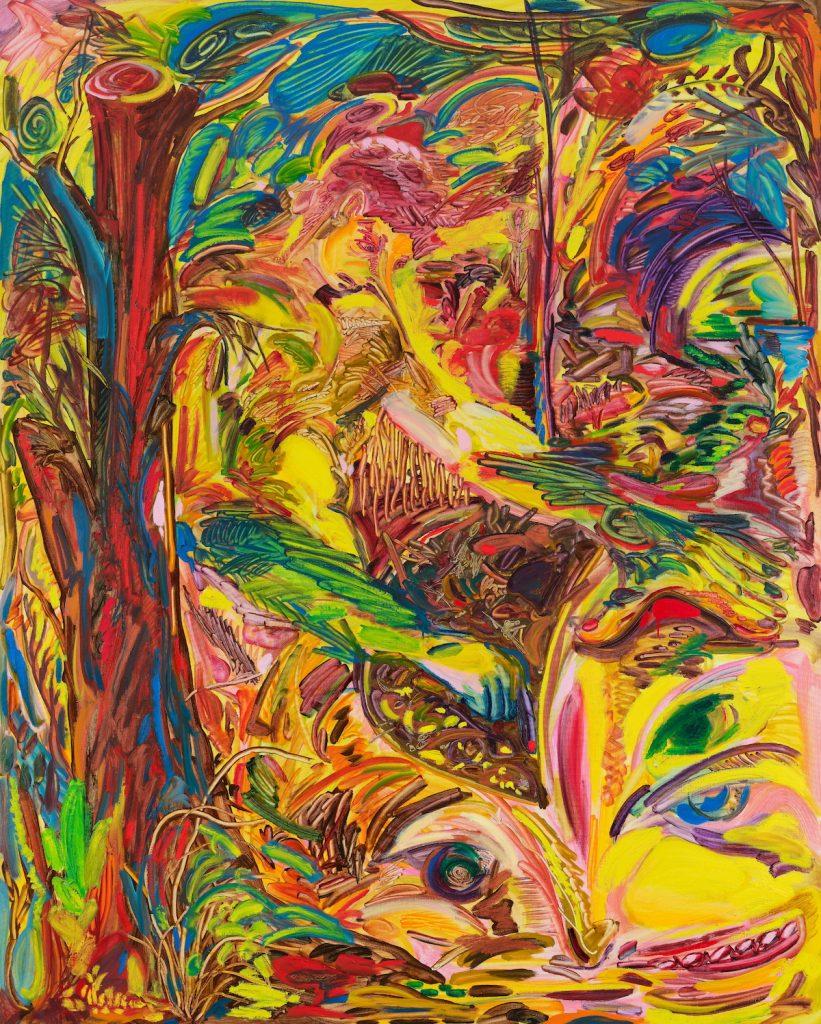 Who: Seoul-based Park Gwangsoo is known for blurring the boundaries between landscape and figurative painting with his playful psychedelic color compositions. He has described his practice as a journey of finding truth hidden in his subconsciousness.

Why You Should Pay Attention: All of Park’s works shown at a recently closed group show at the Seoul-based Hakgojae Gallery, which represents the artist, were sold out, according to the gallery. Works are already in-demand within Korea, and have been snapped up by the Seoul Museum of Art, the Government Art Bank of Korea’s National Museum of Modern and Contemporary Art, and Gyeonggi Museum of Modern Art.

Fun Fact: He gained his fame within the Korean pop culture scene when he created 4,000 drawings for a four-minute animated music video for the the indie band Hyukoh in 2017

Up Next: Park has an upcoming solo exhibition at Hakgojae, scheduled for fall 2023. 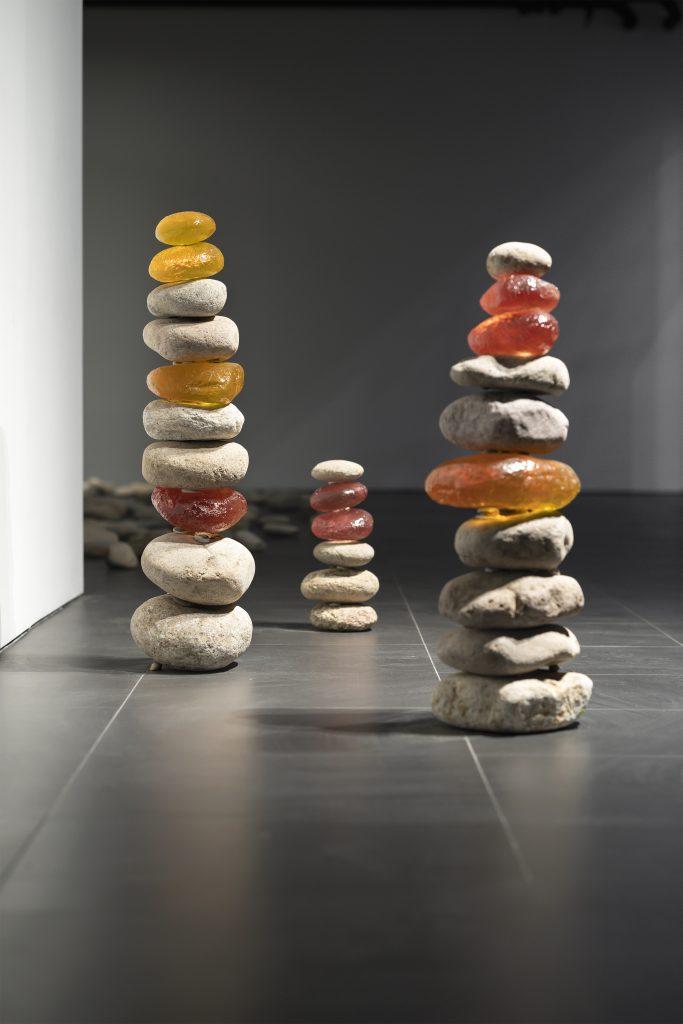 Who: Park was actually born in Osaka, Japan, where he lived for a few short years until his family fled to South Korea in 1945. The acclaimed artist is known internationally as an early pioneer of Korean video art, though his practice spans sculpture, photography, performance, drawing, and engraving, as well architecture and design.

Why You Should Pay Attention: Park has been highly visible internationally since the late 1970s, when he showed work in the São Paulo Biennial in 1979 and the Paris Biennale the following year. Buyers of his works outside of Korea include the Museum of Modern Art in New York and the Rachofsky collection in Dallas.

Fun Fact: The artist was deeply inspired by Nam June Paik’s 1973 work when he began working on his own video installations.

Up next: A group exhibition at the Los Angeles County Museum of Art is planned for later this year, and another group show jointly organized by Guggenheim Museum and the National Museum of Modern and Contemporary Art, Korea, is set for 2023. 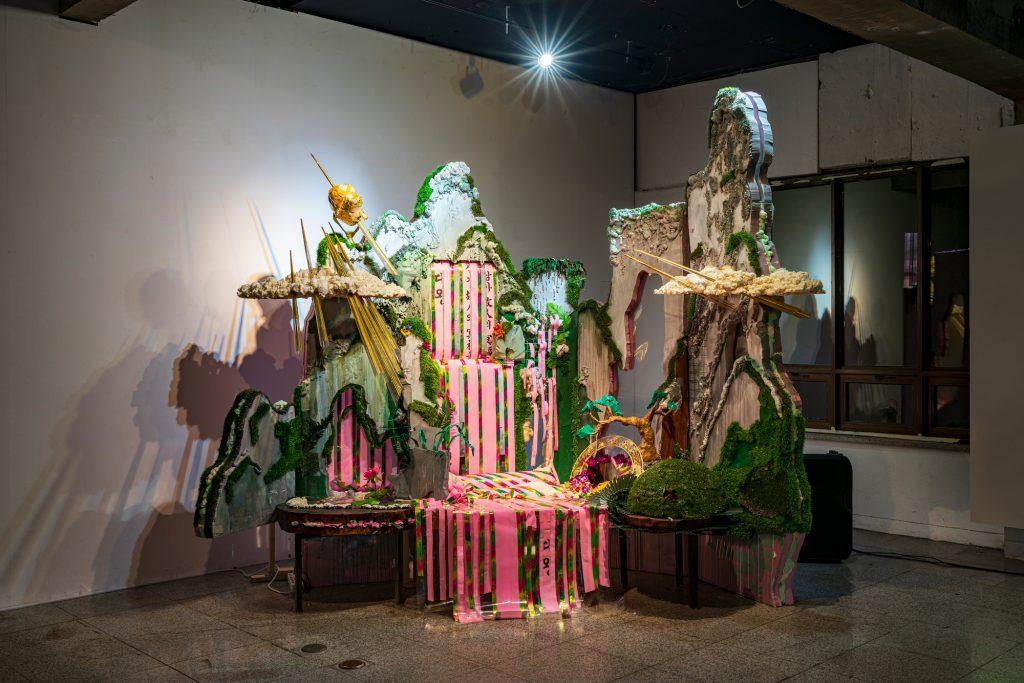 Installation view of Ryu Sungsil’s I’m Not Dead! (2019/2022) at her solo exhibition at Post Territory Ujeongguk. Courtesy of the artist

Who: The Seoul native has been creating satirical work about capitalism, politics, and social issues, as well as gender ideologies that are still rarely discussed in Korean society. Ryu creates virtual characters that are organically connected within her artworks and she performs as characters herself via works disseminated on YouTube.

Prices: Installations will be available at Frieze both as a whole package or in parts, with prices beginning at under $20,000.

Why You Should Pay Attention: In 2021, she became the youngest recipient of the 19th Hermes Foundation Misulsang, a biennial art award to support young Korean artists. Her rich virtual world and dark humor, mixed up with pop culture, drew rave reviews.

Fun Fact: Out of boredom in her early 20s, Ryu role-played YouTube personas online, which would inform her work later. Some of her characters included Cherry Jang, a Korean-American woman who used fancy jargons and claimed to be a “rich first-class citizen,” though her chaotic persona made viewers wonder whether she was crazy or not.

Up next: Ryu’s work is on view through October 2 in a solo show at Atelier Hermes in Seoul. 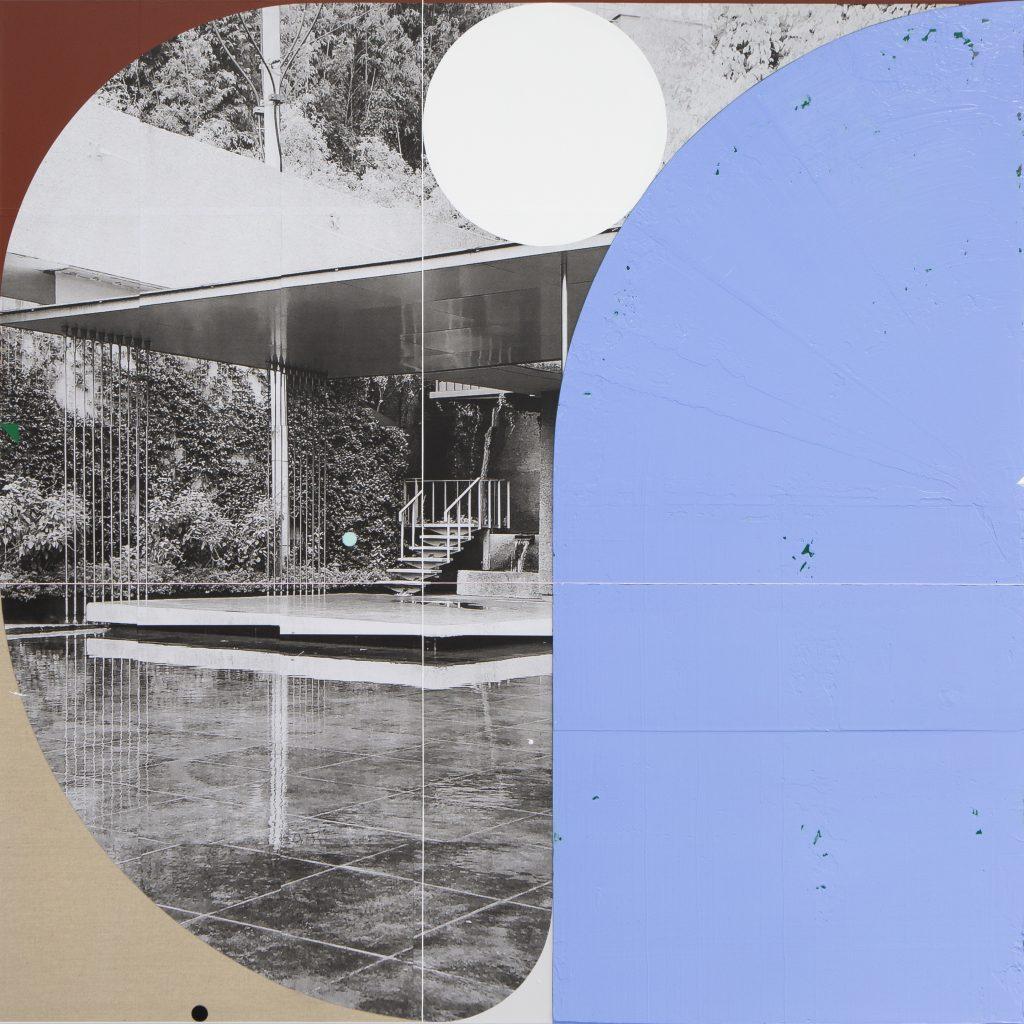 Lee Heejoon, The Hidden Waterfall (2022). Courtesy of the artist and Kukje Gallery

Who: Lee Heejoon combines painted geometric shapes with photographs gathered from his immediate surroundings. A graduate of Glasgow School of Art, Lee uses abstraction as a tool to visualize the sensations of cities; for Lee, architecture serves as a crucial medium to embody social values.

Why You Should Pay Attention: The artist has become sought-after by Korea’s Gen Z and millennial buyers. All ten works in Lee’s ambitious solo booth at Kukje Gallery for the 2022 edition of Art Busan in May were sold out just five minutes after the fair opened its doors.

Fun Fact: Lee worked on a construction site while attending university, and the ink lines used by the workers to draw plans inspired him in his creative process.

Up Next: A group exhibition at SONGEUN, southern Seoul, is planned for December. The artist also has a solo exhibition as one at Kumho Museum in northern Seoul in May 2023. 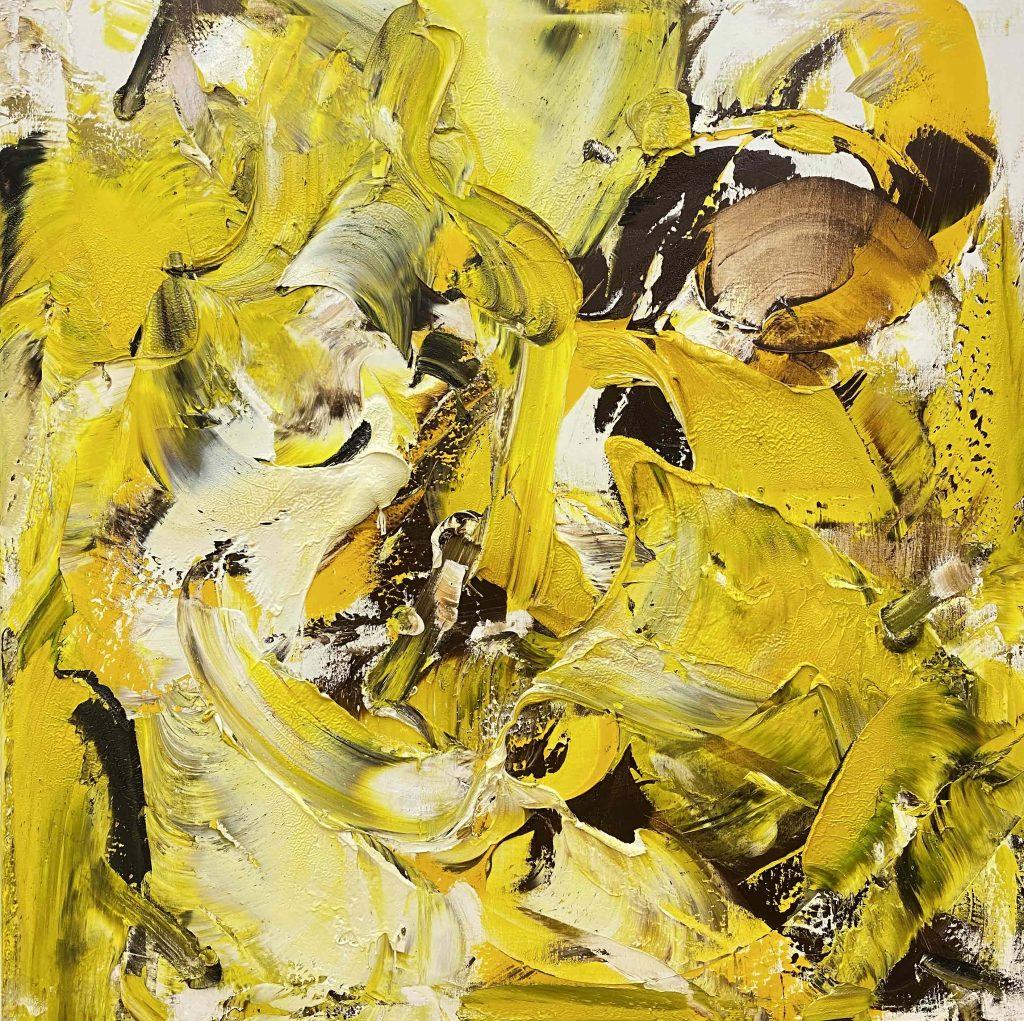 Who: Je Yeoran, who is in her 60s, has been creating dynamic abstract paintings for over 30 years by using her entire body to apply paint on canvas with a big-size squeegee. Energetic curving color lines are intertwined in what the artist has dubbed “painting as an accident.”

Based in: Gwangju, southeast of Seoul

Why You Should Pay Attention: Though Je has been working for nearly four decades in the field of abstract art, which has long been dominated by male artists, her market is finally seeing an uptick. Her solo exhibition at 313 Art Project in Paris in 2021 was well-received, and her work has been acquired by the Louis Vuitton Foundation in Paris, the National Museum of Modern and Contemporary Art, Tokyo, and the Art Foundation at the Museum Ludwig, Cologne, among others.

Fun Fact: Je received guidance acclaimed artists Lee Ufan and Yun Hyongkeun while she was studying for her master’s degree at Hongik University in Seoul.

Up Next: A solo exhibition at Space K Seoul Museum of Art in southwestern Seoul is planned for October.