Home News Here Are 8 Art-Historical Rediscoveries of Works by Women Artists to Seek... 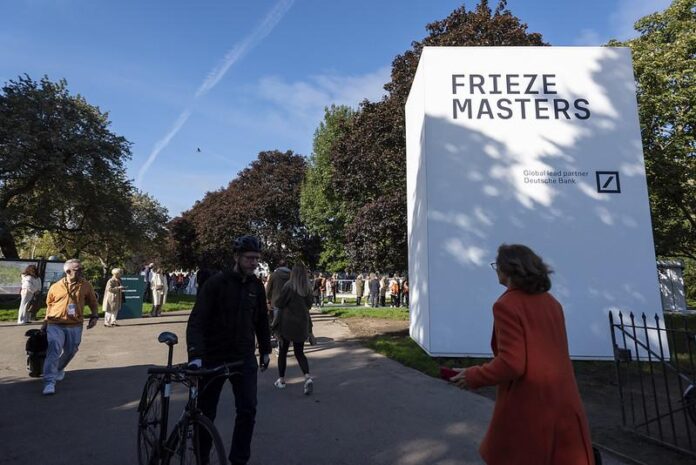 The buzz of contemporary art at Frieze London might take centerstage in October, when the U.K. city’s art galleries bring out their finest works, but the fair’s classic arm Frieze Masters is where the hidden gems are.

Featuring more than 120 galleries, Frieze Masters is celebrating its 10th anniversary this year as well as its recent debut in Seoul. The fair’s main section has around 97 galleries from around the world presenting works spanning six millennia of history (in organizers’s words), from ancient artifacts to Modern art, as well as previously unrecognized talent.

The main exhibitors are joined by 28 galleries in the Spotlight section dedicated to women artists curated by Camille Morineau, co-founder and research director of Archives of Women Artists, Research, and Exhibitions (AWARE), and her team. And Luke Syson, the director of the Fitzwilliam Museum in Cambridge, is the curator of the Stand Out section, highlighting 10 galleries under the theme of global exchange.

Our highlights of the art historical (re)discoveries in this year’s Frieze Masters center around female artists from a diverse cultural and geographical background. Many of them have lived through turmoil and upheavals of the 20th century, or having struggled to find a foothold in a male-dominated art world. Eventually they succeeded in creating these rich bodies of work that helped to push the boundary. 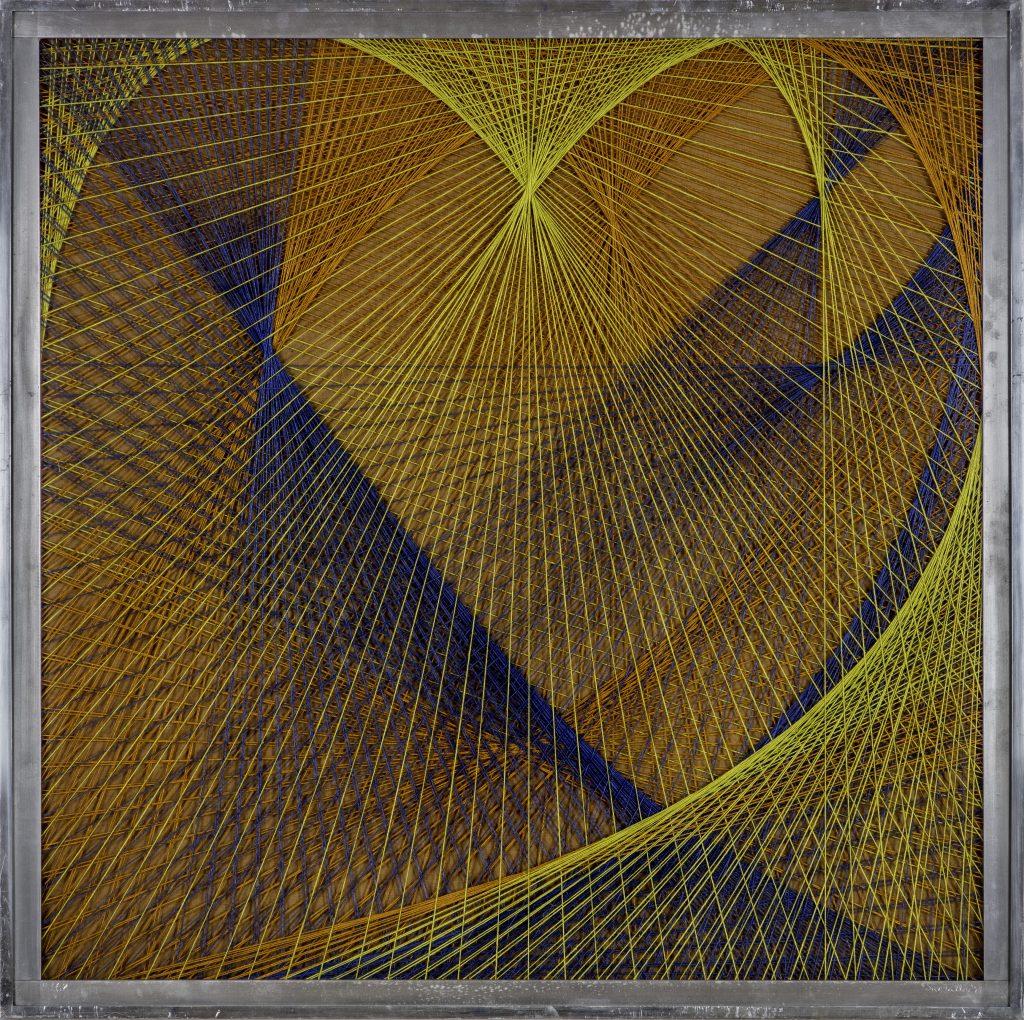 Who: Born in 1914 in Pittsburgh, Pennsylvania, Sue Fuller was a sculptor, teacher, author, and a printmaker who was known for her innovative three-dimensional works with string. A key artist in the U.S. during the post-war decades of 1940s to 1960s, Fuller began her career at Atelier 17, the printmaking studio founded by Stanley William Hayter, before getting attention in New York. She made her first three-dimensional work with thread in 1948, and these compositions became her primary body of work. She was given a lifetime achievement award by the Women’s Caucus for Art in New York in 1986.

Showing at: “Into the Composition,” an exhibition installed across the booth of Luxembourg + Co. at Frieze Masters and at the gallery’s space on Savile Row in London.

Why You Should Pay Attention: This solo show spanning two locations is the largest survey of Fuller’s work in string since her death in 2006, and the first major display of Fuller’s outside of the U.S. since the late 1970s.

Who: Born in Pécs, Hungary, Ilona Keserü is one of the leading post-war abstract artists from her home country. She studied under Irish painter Ferenc Martyn from the age of 13 and her works have been in the collection of leading institutions such as the Metropolitan Museum of Art, Ludwig Museum, and Nationalgalerie in Berlin. She lives and works in Budapest.

Showing at: A solo presentation at Stephen Friedman Gallery’s booth at Frieze Masters.

Why You Should Pay Attention: With a career spanning more than seven decades, Keserü’s work blends modern abstraction with references to Hungarian folk culture and historic architecture. At Frieze Masters, the London dealer Stephen Friedman is showing a range of her colorful works that are vibrant and playful at the time. 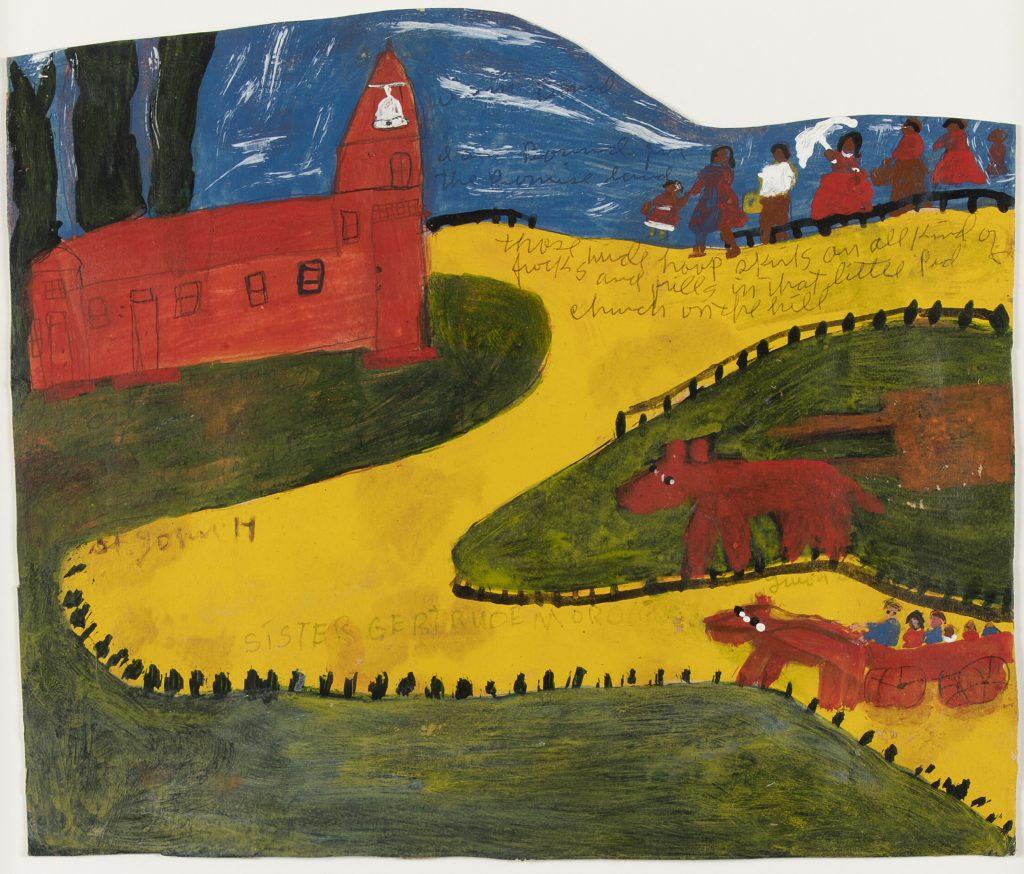 Sister Gertrude Morgan, untitled (that little red church on the hill) (c 1970). Photo: © The Gallery of Everything.

Who: Born in Lafayette, Alabama at the start of the 20th-century, Sister Gertrude Morgan began her missionary work as a singing street preacher in 1939, after moving to New Orleans. She later became known as an artist, poet, and musician. She believed that she was God’s chosen bride, which explained why she wore a white nurse’s uniform and how she was depicted in her drawings, which she said were made by God’s will. “Through his Blessed hands as he take my hand and write… I just do the Blessed work,” she was quoted as saying of her divine inspiration. “I am a missionary of Christ before I’m an artist.”

Showing at: The Gallery of Everything’s presentation in the Spotlight section at Frieze Masters.

Why You Should Pay Attention: Sister Gertrude Morgan has been “rediscovered” by a younger generation of curators and has been featured in a range of exhibitions, including the current edition of the Venice Biennale. Her colorful paintings and painted objects are the unique expression of her vivid imagination. Many of her works are religious, including her interpretations of passages from the Bible, and her depiction of a “New Jerusalem.” 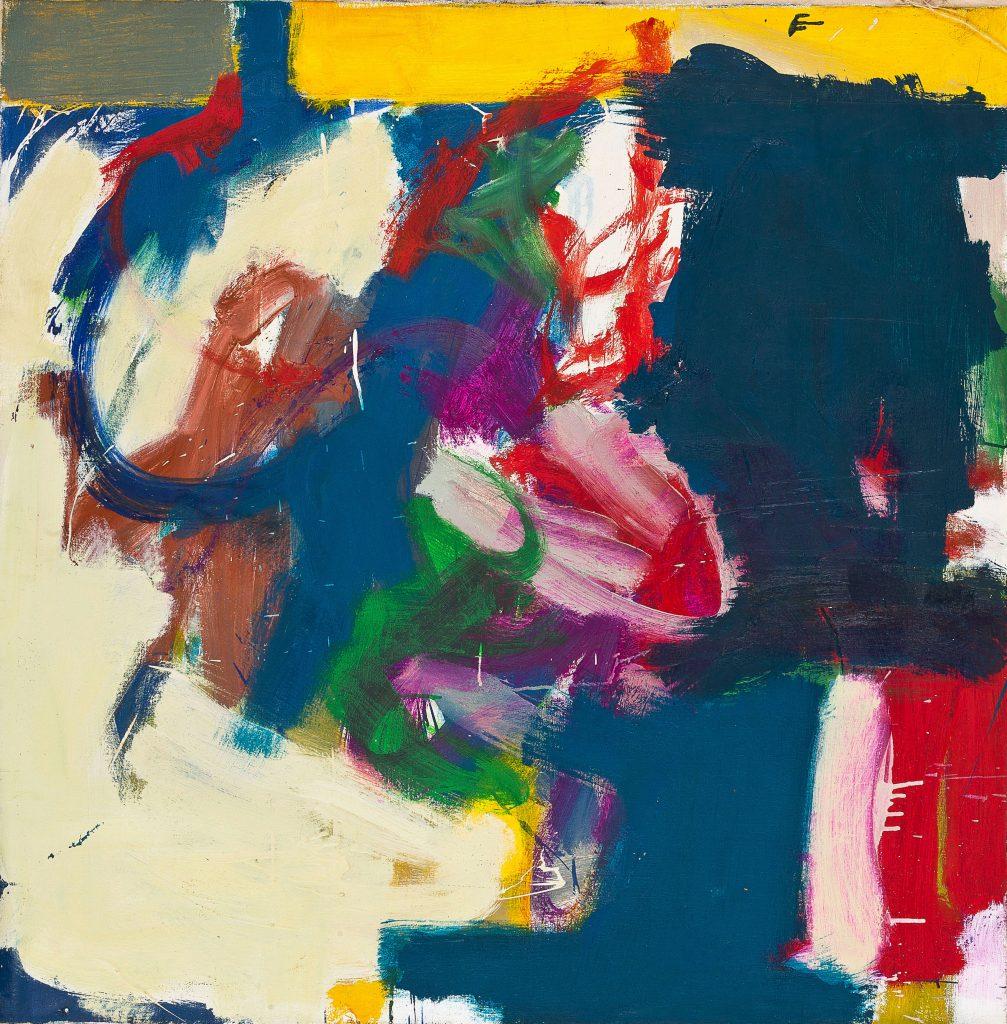 Who: Wook-kyung Choi was a true pioneer in abstract art during a time when female artists struggled to be recognized in Korea. After graduating from Seoul National University in the 60s, Choi continued her studies in the U.S., returning to Korea in 1979. But whether she was working in the U.S. or in her home country, Choi was always an outsider: As a female Asian artist in an American art world dominated by white men, and as a female abstract artist in the Korean art scene led by the and other avant-garde movements. This did not stop her from experimenting with her own artistic path, however, and she continued to work solitarily until her untimely death at the age of 45.

Why You Should Pay Attention: “Choi’s art does not belong to any of Korea’s mainstream art, neither in the Informalism of the 1960s, the ‘dansaekhwa’ of the 1970s nor ‘minjung’ art of the 1980s,” said Jeon Yu-shin, curator of Choi’s solo show last year at the National Museum of Modern and Contemporary Art, Korea in Gwacheon. Kukje’s presentation at Frieze Masters features a range of her abstract paintings and collages, powered by vivid hues and bold brushwork, as well as ink drawings that chronicle the artist’s journey through artistic experimentation. 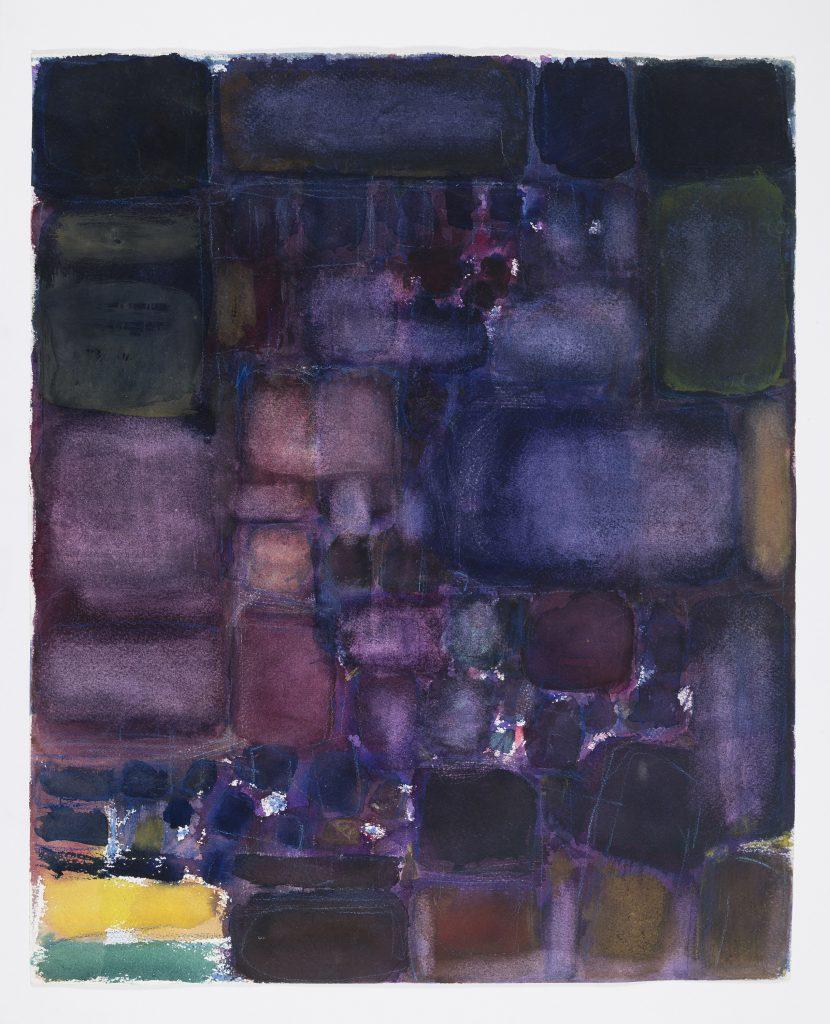 Who: The French artist moved to Paris to study painting in 1945, right after World War II came to an end. She was inspired by André Lhote’s teachings on abstraction, as well as Eastern philosophy, from the spirit of the literati in ancient China to Zen traditions. These influences are often reflected in her subtle ink washes and brushwork.

Showing at: Galerie Jocelyn Wolff’s booth in the Spotlight section at Frieze Masters.

Why You Should Pay Attention: “For a very long time, painting conveyed meaning. Today, the technique of painting has become meaning itself,” Brunschwig said in 1996. Her paintings, which often explore the idea of the void, can be linked to the horrors of war that she witnessed at a young age. Jocelyn Wolff’s presentation features a selection of 15 paintings and works on paper that demonstrate Brunschwig’s approach to abstraction from a philosophical and essentialist perspective. 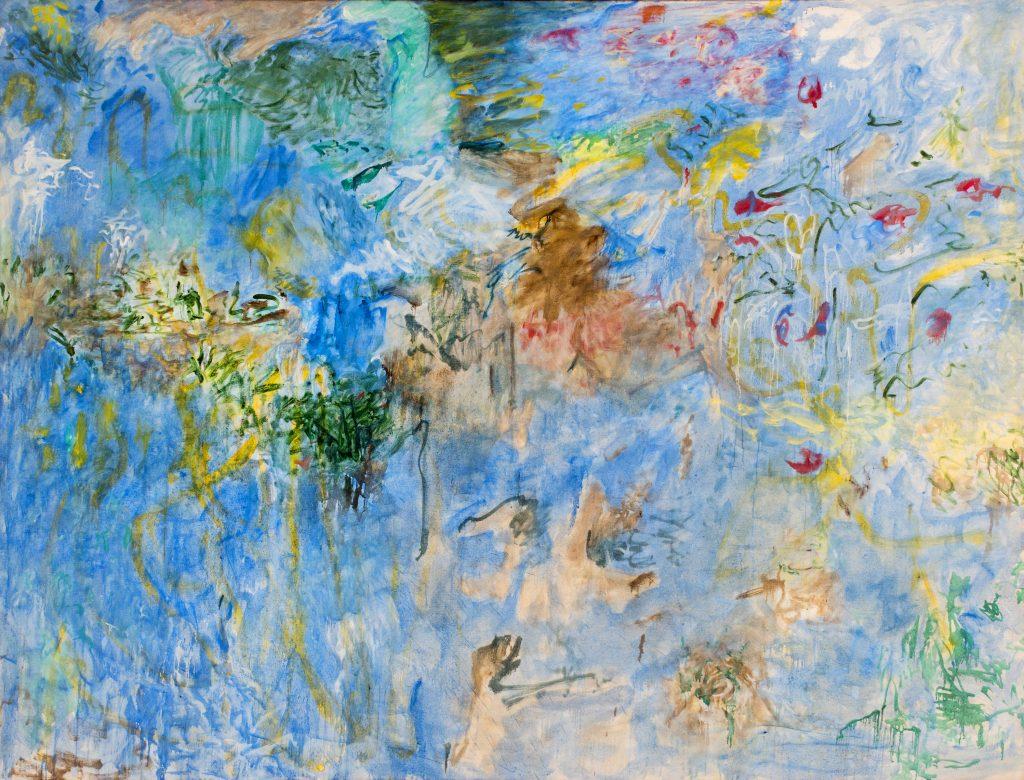 Who: Born in Georgia, Passlof grew up in New York City, where she studied with Willem de Kooning and became a central and active figure in the post-war Abstract Expressionist art community. Her paintings are poetic responses to memories, experience, and places.

Showing at: Eric Firestone Gallery’s presentation in the Spotlight section of Frieze Masters.

Why You Should Pay Attention: Passlof’s art should be reconsidered today, amid a renewed interest in Abstract Expressionist female artists, such as Elaine de Kooning and Joan Mitchell, according to Eric Firestone Gallery. New York’s Museum of Modern Art has recently acquired an oil painting by the artist and she was featured in a group show of women abstract artists at the museum in 2017. The presentation at Frieze Masters focuses on work created during the late 1950s through to the early 1960s, when the artist was living and working on East 10th Street, a creative epicenter for the 20th-century New York art scene. 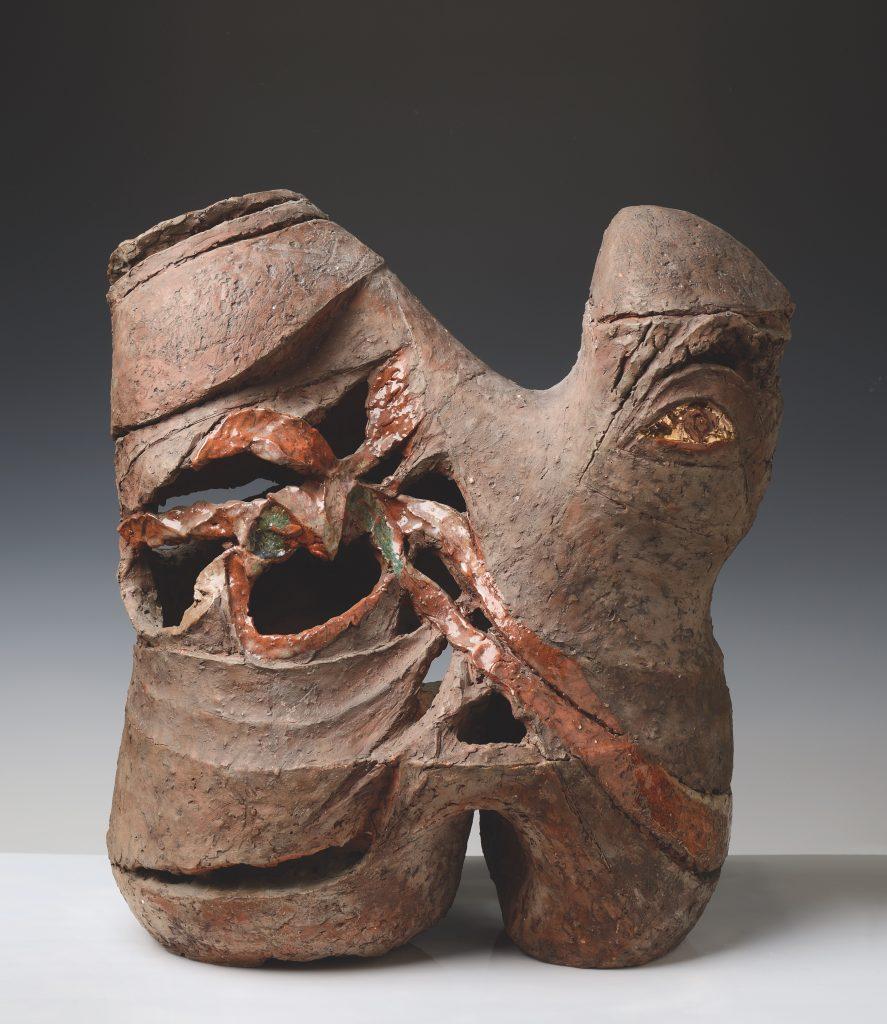 Who: For decades, Daniela Vinopalová’s work has long been regarded as among the most respectable contributions to the development of Czech sculpture. Born soon after Czechoslovakia declared independence from the Austro-Hungarian Empire in 1918, Vinopalová lived through the country’s many upheavals during the 20th century, from the German occupation of World War II, its absorption into the Eastern Bloc and its eventual split into two separate nations. But life against such a backdrop also contributed to the distinctive, non-figurative physical expression of her sculptures.

Why You Should Pay Attention: This is the first presentation of the artist in the U.K., with a focus on her sculptures created in the 1960s, “a happy and artistically productive time,” according to the gallery. This period also marked a transformative era for the artist, when she migrated from figuration to abstraction. The sculptures on view are made from diverse materials, such as plaster, glazed terracotta, tin, and bronze. 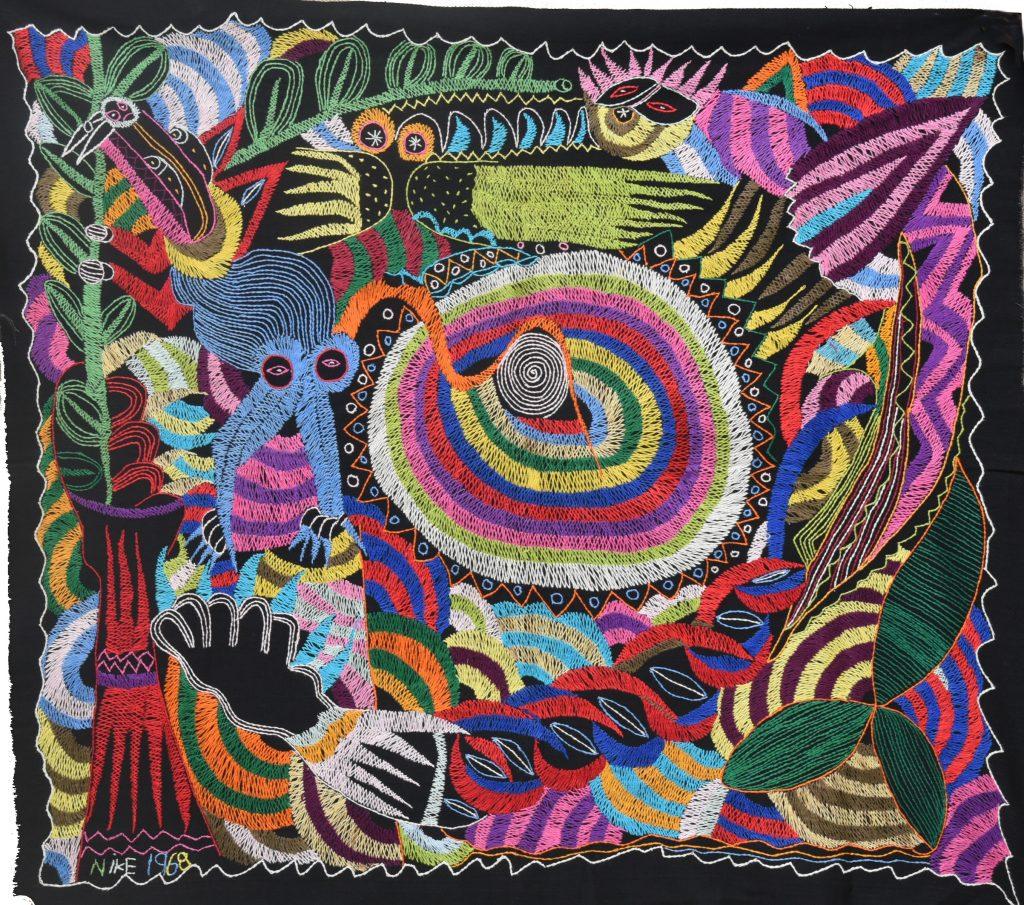 Who: Affectionately known as “Mama Nike” in Nigeria, Nike Davies-Okundaye is a batik and Adire textile artist. She has been championing not just the traditional art form from her home town of Ogidi, but also the training of young artists. Her colorful and storied cloth work can be seen as a revitalization of the methods of weaving and dyeing that would have otherwise been on the brink of extinction. She had her first solo show in 1968 and has been promoting the art of traditional Nigerian textiles globally ever since.

Why You Should Pay Attention: Davies-Okundaye received no formal art education but she learned textile-making skills from her great-grandmother and her father, weaving a distinctive career that spans five decades. Works on show at Frieze Masters highlight the artist’s signature textile works from the 1960s and 1980s. Some of the works on show were made during the Osogbo Art Movement, which came together soon after Nigeria gained independence from Britain in 1960.