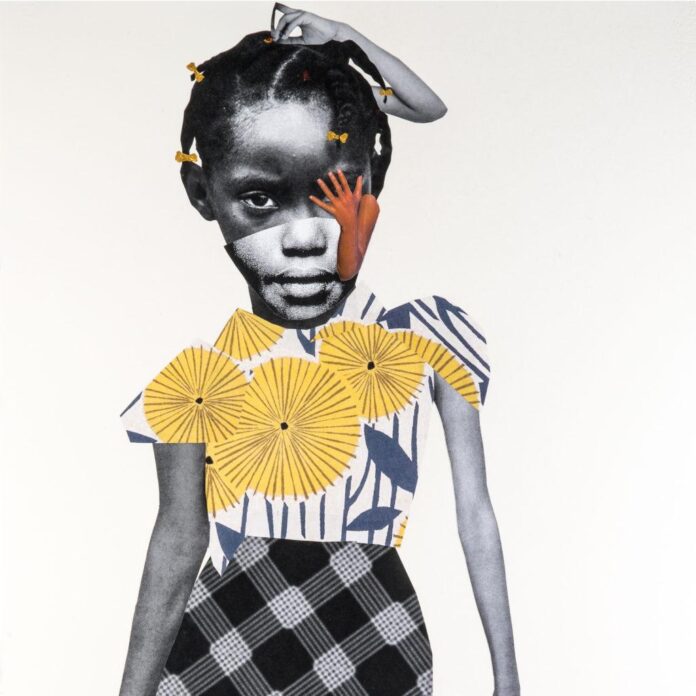 Deborah Roberts waited a long time for recognition. Six years ago, the 59-year-old artist was working in a shoe store when a grant from the Pollock-Krasner Foundation allowed her to start focusing on her creative practice. Her collage-based portraits of Black children are now found in museum collections across the United States. Dealers also noticed her talent, and she signed onto the rosters of prominent galleries Susanne Vielmetter in Los Angeles and Stephen Friedman in London.

Roberts is now looking to protect her market. In August, she filed a lawsuit claiming that another collage artist, Lynthia Edwards, and her dealer, Richard Beavers Gallery, had engaged in “willful copyright infringement.” The civil complaint was filed in the United States District Court for the Eastern District of New York and includes other allegations of trade dress infringement, unfair competition, and market dilution.

Roberts is seeking $1 million in damages. She did not respond to a request for comment from Artnet News.

“This is not a frivolous claim,” Roberts told Sightlines, an arts publication. “I want everyone to be successful in the art world, especially young and emerging artists of color. To say that I punch down at a young artist is disingenuous.” 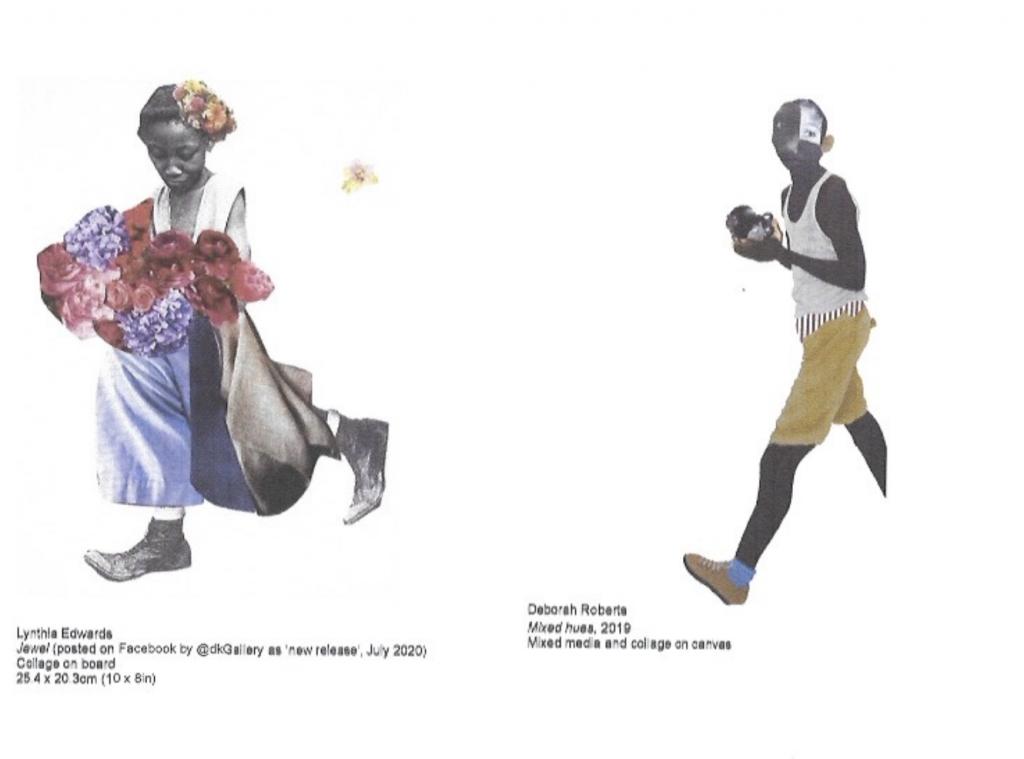 A side-by-side of Lynthia Edwards and Deborah Roberts’s work, as reproduced in the original complaint.

Roberts contends that the problems began after Beavers contacted her in 2020, requesting to show and sell her art. After she declined to work with the gallery, the complaint alleges that “[Beavers] and Lynthia Edwards have substantially copied and offered for sale … works of visual art that replicate the composition, content, style, framing, color, narrative, and artistic intent of Ms. Roberts’ work.”

Additionally, the lawsuit claims that Edwards has been “aggressively marketed” at art fairs where Roberts has also shown work, including Expo Chicago and Untitled Art Miami Beach. The similarities between their styles and marketing resulted in confusion from consumers, the suit states, citing text messages and correspondence from collectors who have mistaken Edwards’ work for Roberts’.

Edwards, a 44-year-old artist based in Alabama, has not publicly commented on the lawsuit beyond an Instagram story where she holds a mug illustrated with text reading, “I am fine.”

In a statement, Roberts’ lawyer Robert W. Clarida said: “Deborah Roberts is undertaking a legal case regarding copyright infringement and related claims against Lynthia Edwards, Richard Beaversm and Richard Beavers Gallery. This is now a matter for the U.S. judicial system to determine.”

Edwards’s lawyer Luke Nikas, who is also representing Richard Beavers Gallery, said that his clients plan to countersue Roberts for making false statements to collectors and art-sale platforms. “They have claimed, for example, that they had a lawsuit pending against Lynthia when they didn’t, which resulted in the cancellation of Edwards’s place on a prominent art sales platform,” Nikas said in an interview with Artnet News, declining to name which platform. 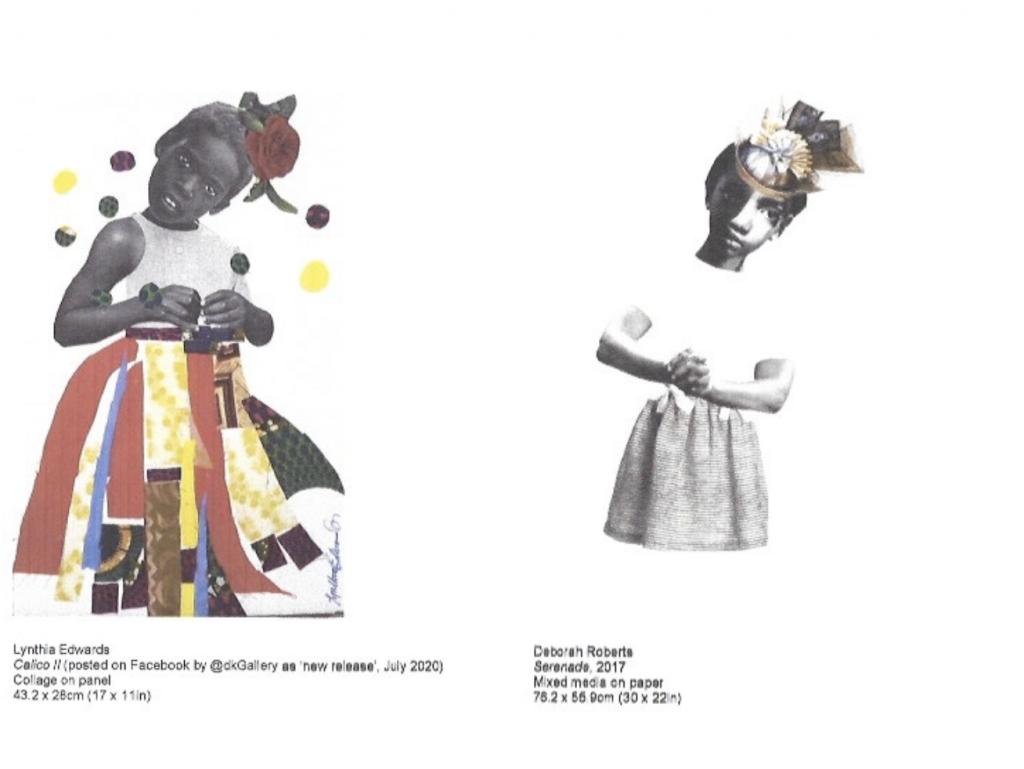 A side-by-side of Lynthia Edwards and Deborah Roberts’s work, as reproduced in the original complaint.

“It’s extremely troubling that Deborah Roberts has filed this case,” Nikas added. “She is using her resources and influence to cram down a new up-and-coming artist because she perceives her to be a threat to her marketplace. And it’s extremely rare for one artist to sue another artist for working in the same artistic tradition or style.”

Within his September 21 letter requesting a conference with Judge LaShann DeArcy Hall to discuss a motion to dismiss the lawsuit, Nikas points out that “the use of photo-based collage has deep roots in the work of Black artists, and Roberts did not invent this artistic tradition and does not own it.” He cited historical examples from figures including Jacob Lawrence, Romare Bearden, and Benny Andrews.

“Not unlike Edwards, these artists also found inspiration in cultural practices premised on improvisation, such as quilting and papering walls with newspaper,” the letter continued. “Edwards has always emphasized her place in this lineage of Black collagists and cubists using improvisation, collage, and assemblage.”

Five years since the $450m Salvator Mundi sale: a first-hand account of the nonsensical auction