Home News How Do You Publish a Biography of Banksy Without Knowing Who He... 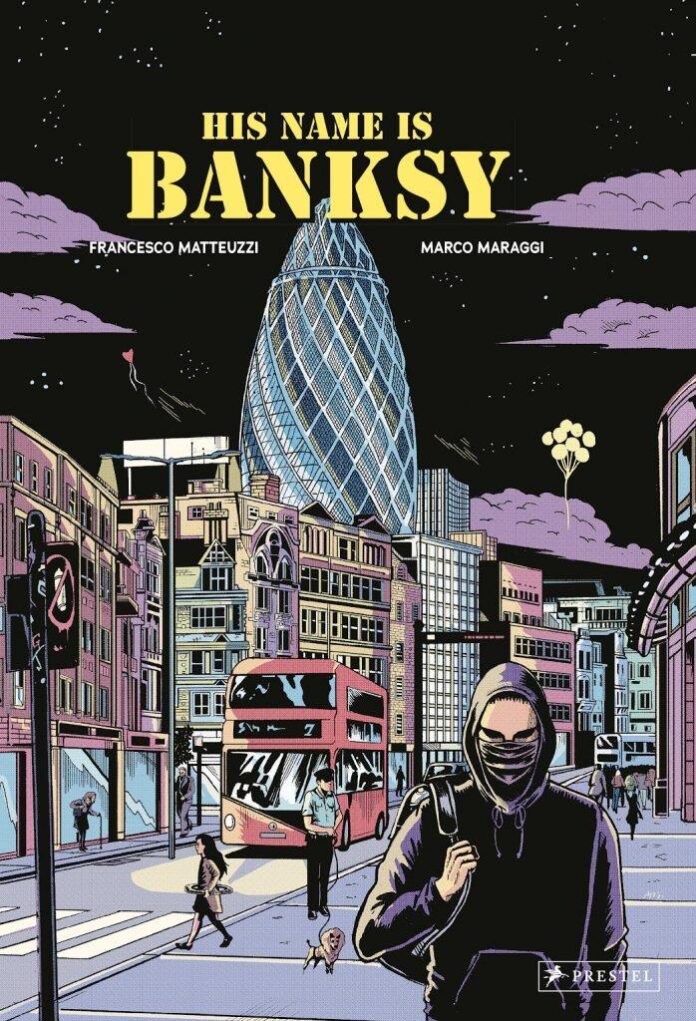 A new graphic novel is taking on the difficult task of telling the life story of Banksy—without knowing who Banksy actually is.

Name is Banksy, written by journalist and screenwriter Francesco Matteuzzi and illustrated by Marco Maraggi, charts the anonymous artist’s astronomical rise from the gritty streets of London to the world’s largest galleries, auction houses, and museums.

The fictional account is told through the eyes of two other graffiti artists who are detained by police, which prompts them to go on a journey mapping out Banksy’s work and life.

“We approached this artist humbly,” Maraggi said, “and tried to provide a version of the narrative that is able to explain to as wide an audience as possible who he is and what he represents. It won’t probably be the last time a graphic novel about him (or them, or her?) comes to life, but we were happy to bring to the world our own perception of this larger than life figure.”

As an artist, Banksy is known around the world for his political stencils on walls ranging from Palestine to Bristol, usually offering simple yet poignant critiques of capitalism, colonialism, politicians, and beyond. The artist is also known for the documentary Exit Through the Gift Shop (2010), which turned Banksy into a household name. 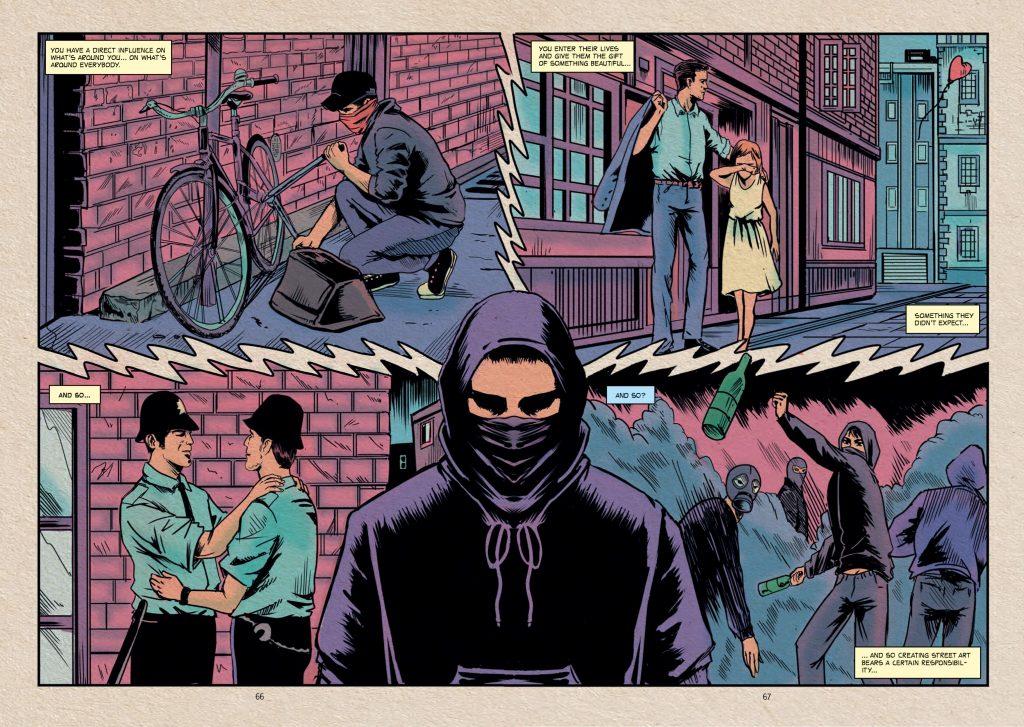 Banksy’s pseudo anonymity has become a cornerstone of the artist’s persona, with numerous theories arising over the years as to the artist’s true identity. Common theories include that the artist is a member of the band Massive Attack or Chumbawumba, as well as more plausible ideas.

Tracing the arc of Banksy’s career, the graphic novel shines new light on what exactly makes Banksy such an interesting and enduring cultural icon.

‘Indian art is in deep crisis’: Anish Kapoor on his home country, 75 years after independence