Home News ‘I Wanted to Design Something Fit for Royalty’: the Creator of Drake’s... 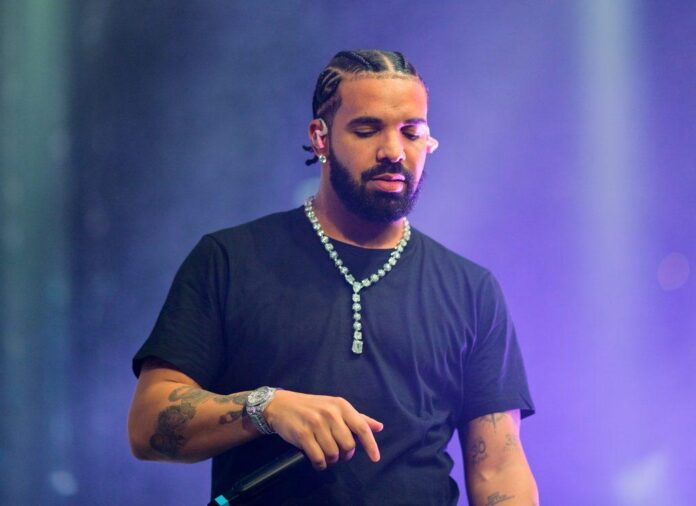 Titled “Previous Engagements,” the ice strings together 42 diamond rings had bought for his exes, set in white gold using the eagle claw technique to form a necklace clocking in at 351.38 total carats. The piece honors “all the times he thought about it but never did it,” Moss wrote on Instagram, meaning all 42 times Drake almost proposed to a woman before stopping himself.

“Just the diamond sourcing took [an] extreme level of work,” Moss told Artnet News of creating the design, which was done in collaboration with Drake. Moss’s team took 14 months to perfect the piece, ensuring all the stones matched in color, cut, and clarity. “The entire team at our NYC in-house factory was laser focused and working at peak performance to make sure literally every millimeter of this project was to our high standards,” he said.

“I wanted to design something fit for royalty,” Moss continued. “We strive to create timeless iconic pieces in all of our work, but this one is definitely in my personal top five. Working with Drake just feels so natural.” Both parties originally hail from the Six, the nickname for the Canadian city based on its area code.

The rapper is a longtime collector of art-quality jewelry. Complex noted that shortly after restaurateur Kai Bent-Lee commissioned Moss to craft a custom $77,000 “Lucky Number 11 Ring” to honor Drake’s son Adonis, the rapper asked Moss directly to quickly turn around another 18-carat ring of VVS natural oval diamonds set in white gold, among Moss’s specialties. Hip hop history has since dubbed that piece “The Godfather Ring.” Moss made a matching necklace and bracelet set, too.

The designer previously worked for Avianne & Co. Jewelers, but broke out on his own during the pandemic. “Now there aren’t many people I consider my competition,” he told Sixty Six Magazine this spring. Moss’s Midtown boutique and base shatters the Diamond District’s stale mold, featuring a gaming corner with Pacman and Mortal Kombat where the designer blows off steam between celebrity clients like Tyler the Creator, Jack Harlow, and Bella Thorne.

Meanwhile, Drake has yet to mention his latest bling on his own social media—and he’s certainly never announced any of those potential engagements publicly. That hasn’t stopped fans and the media from speculating, though. Legendary hip-hop newswire The Source reminded readers Drake has dated celebrities such as Serena Williams, Jennifer Lopez, and SZA.

“How many of those are Rihanna?” one commenter asked of the diamonds on “Previous Engagements.” Drake dated the “Diamonds” singer during their many collaborations between 2009 and 2016. He presented Rihanna with the Michael Jackson Video Vanguard Award at the 2016 MTV VMA’s and said, “She’s a woman I’ve been in love with since I was 22 years old.”

One can only imagine which lucky lady corresponds to the central teardrop stone on “Previous Engagements,” an accessory ultimately honoring the real love of Drake’s life—the game.

In the German Art Center was found Swastika on the floor