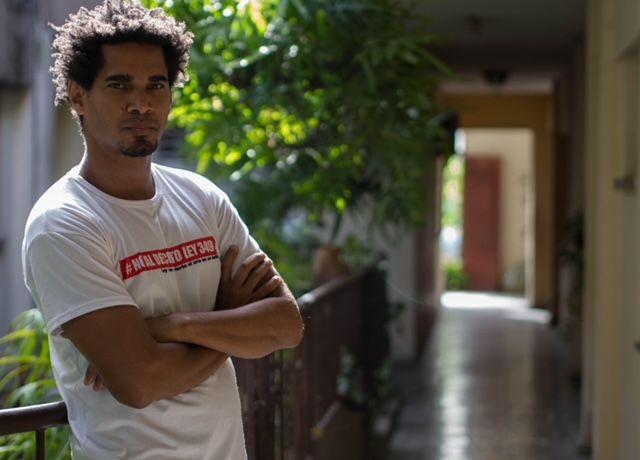 The Cuban artist and activist Luis Manuel Otero Alcántara—who was sentenced to five years in prison in June by a court in Havana—is one of six to have been awarded the inaugural Prince Claus Impact award, worth €50,000.

These awards, launched in 2021, are given out every two years by the eponymous Dutch fund, run by a non-governmental organisation based in Amsterdam.

The judges say in a statement that Alcántara is honoured “for his extremely accessible, honest and non-elitist art practice [and] for his tireless fight for freedom of expression in Cuba and his stance against censorship and political authority”. It is unclear in the wake of his detention how he will receive the award.

Last month we reported that Alcántara’s health is deteriorating. He was detained on 11 July 2021 after posting a video to social media saying he planned to join the protests which swept the country that day.

As one of the founders of the San Isidro movement, he helped bring injustices against artists by the Cuban government to the global stage. US officials who have called for Alcántara’s release include the Secretary of State Anthony Blinken and the US ambassador for Latin America, Brian A. Nichols.

The five other award recipients are the Brazilian environmentalist Ailton Alves Lacerda Krenak; the Senegalese-French film director Alain Gomis; the Moroccan artist Hassan Darsi; the Egyptian architect May al-Ibrashy and the Argentine poet María Medrano. Each will receive €50,000.

“The judges have chosen artists and cultural practitioners whose work is of exemplary quality while at the same time addressing issues that have contemporary relevance and urgency,” officials say in a statement.