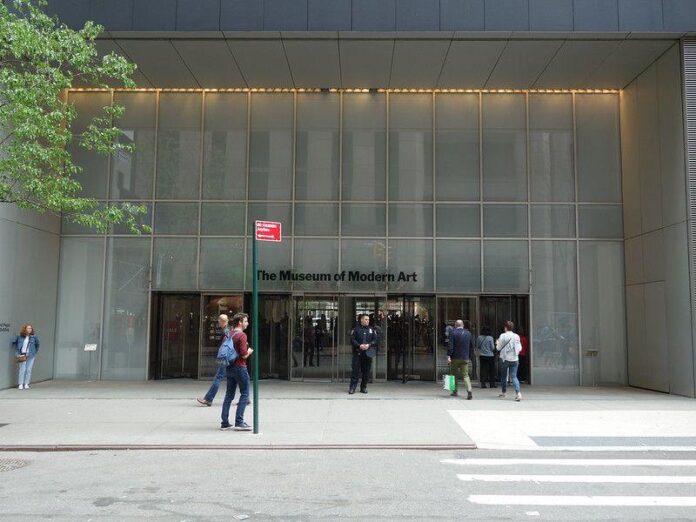 Gary Cabana, 60, who stabbed two front desk workers at the Museum of Modern Art (MoMA) in New York last year has been charged with attempted murder and assault. He was arrested in Philadelphia last March after evading authorities for three days following the violent attack, which was precipitated by a dispute over his museum membership. Police identified him at a bus terminal after he intentionally set fire to his nearby hotel room, and took him into custody on charges of arson, criminal mischief and reckless endangerment. Cabana was extradited to New York this week and arraigned in court on Wednesday with two counts of attempted murder and assault for his rampage at MoMA.

Surveillance video from the museum, released by the New York Police Department, shows Cabana lashing out at the two front-of-house workers, jumping over their desk and stabbing them before fleeing the scene. A guard threw objects at him while other people ran from the lobby. Cabana, a New Yorker, had visited the museum that afternoon to view a film screening but was denied entry because his membership had been revoked due to previous incidents of disorderly conduct. Both employees were hospitalised with non-life-threatening injuries.

Shortly after the incident, Cabana addressed the attack in a series of social media posts. He claimed that he had been framed and “evicted from MoMA”. He also said he had bipolar disorder, and in a separate post, threatened to trespass into Mar-a-Lago. “When they said I couldn’t go upstairs to see STARRY STARYY NIGHT EVER AGAIN I lost it,” he wrote on Instagram, according to the New York Post.

Cabana also pleaded guilty to the arson charges in Philadelphia. While held in that city without bail, he underwent mental health evaluations under order of a Philadelphia judge.

Archaeologists Have Discovered One of the World’s Oldest Pieces of Narrative Art, and It’s NSFW