Home News ‘My Mother Tells Me Not to Go Back to China’: Ai Weiwei... 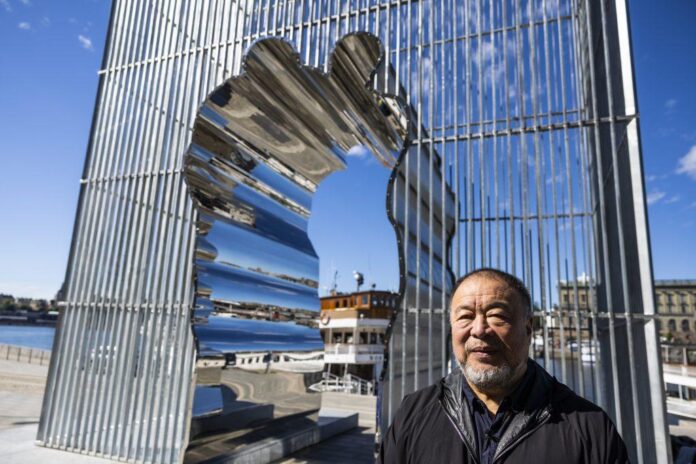 Ai Weiwei’s 90-year-old mother has repeatedly warned the Chinese artist-activist not to return to China despite being forced to separate from her son, who has been living in exile since 2015.

“I have a mother who’s 90 years old,” the artist said. “She calls me all the time, and she tells me not to go back to China.”

Ai’s mother, Gao Ying, campaigned for the release of her son in 2011 when he was arrested and detained by Beijing authorities. She even opened Ai’s 2013 Venice exhibition of his installation , which depicted scenes of the artist under detention.

“I don’t trust them,” Gao said in a 2011 interview, speaking of the Chinese authorities. “I used to be an employee of this country, I use to believe in this government in this party, but they’ve gone too far. They say and do whatever they want.”

Ai is the recipient of the Praemium Imperiale sculpture prize for 2022. His comments came during a ceremony at the Asia House in London on Thursday. The artist added that he could end up in some “undesirable places” should he set foot in his home country again.

“I remember a security bureau officer clearly told me, ‘you are always asking for freedom, but you might end up in jail for years, just because you are asking for that,’” he recalled. 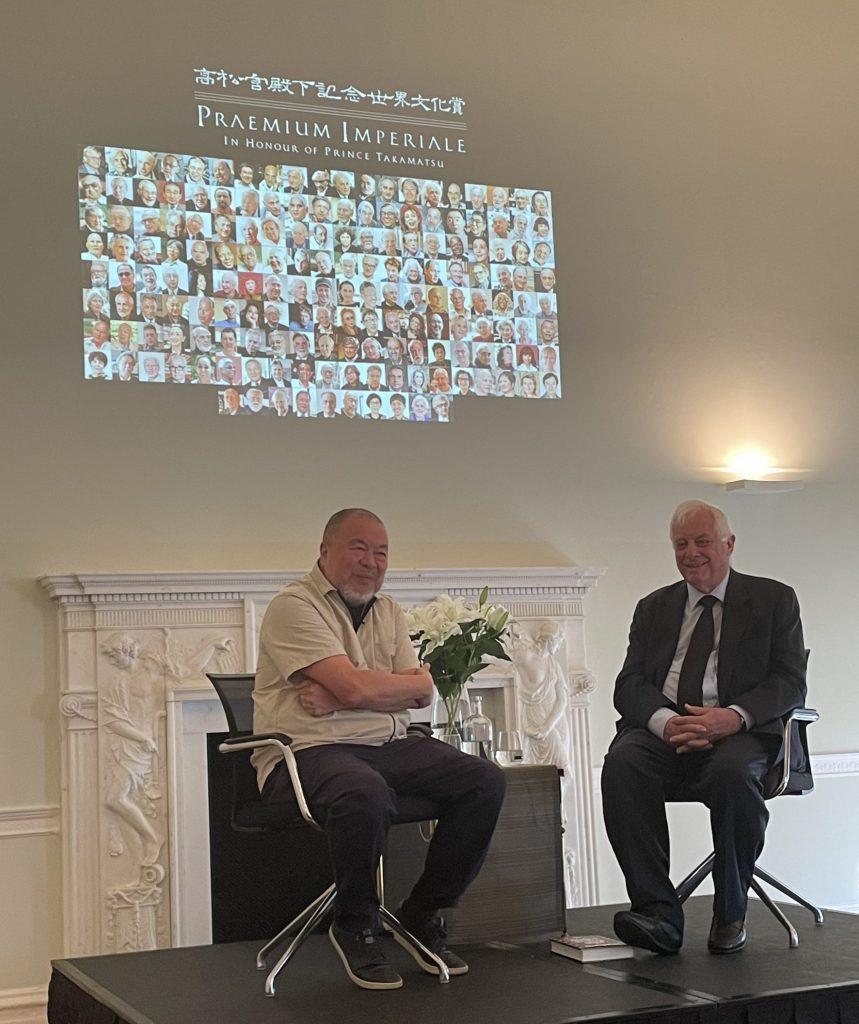 Ai Weiwei, recipient of the Praemium Imperiale 2022 sculpture award, and Chris Patten, chancellor of the University of Oxford and one of the international advisors of the Japanese arts awards, at Asia House, London, on September 15, 2022. Photo: Vivienne Chow.

The artist was speaking at with the University of Oxford chancellor Chris Patten, one of the international advisors to the coveted annual arts awards, which is given by the Japan Art Association.

The award was established in memory of the late Prince Takamatsu, and has been given to global artists of various disciplines since 1989. This year’s award recipients were selected by a panel of advisors including political and cultural heavyweights from around the world: former U.S. Secretary of State Hillary Clinton; Lamberto Dini, a former Prime Minister of Italy; former French Prime Minister Jean-Pierre Raffarin; Klaus-Dieter Lehmann, former president of the Goethe-Institut; and Patten, the last governor of Hong Kong, serving until June 1997, when Britain handed the city over to Beijing and ended its 156 years of colonial rule.

The awards handed out a total of £500,000 ($569,075) prize this year to five artists in different artistic disciplines not covered by the Nobel Prize. Other winners this year are Japanese architects SANAA; Polish pianist Krystian Zimerman; Italian painter Guilio Paolini; and German filmmaker Wim Wenders. The Kronberg Academy Foundation in Germany won the annual award intended to support young artists.

In response to Patten’s questions about Ai’s politically charged body of work, ranging from sculptures depicting the atrocities experienced by refugees to films such as (2020), a documentary about Wuhan, and (2019), about the 2019 Hong Kong protests, Ai said being an activist artist was not his original intention.

Ai said that he was only “doing his job” as an artist, “to use my language and my vocabulary to share my concerns.”

The artist is also currently curating “Koestler Arts: Freedom,” an exhibition of work by incarcerated people in the U.K. That show, hosted by the Southbank Centre, marks the the 60th anniversary of the Koestler Awards for those in the criminal justice system.