Home News Performers Were Among the Artists Hit Hardest by the Challenges of the... 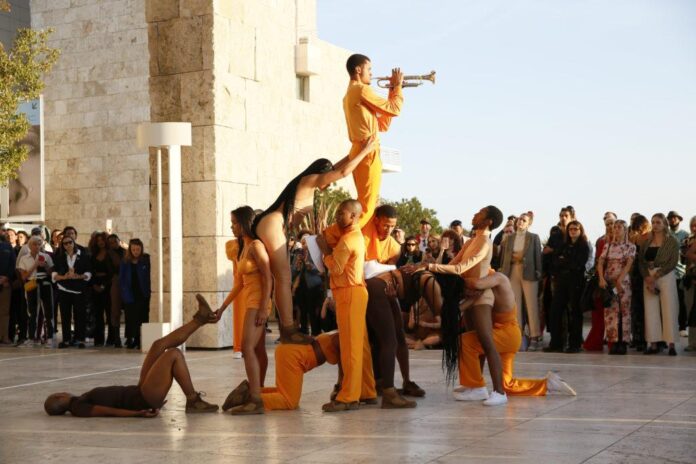 It was supposed to create a new paradigm for artists working with institutions. Jenny Schlenzka, three years into her tenure as the executive artistic director of Performance Space New York, announced that she was handing the keys of her beloved East Village nonprofit to a group of nearly a dozen artists who would control the organization’s $500,000 annual budget and decide on programming.

“Shifting our model is shifting our future: toward new institutional structures, new coalitions, new partnerships, new priorities,” Schlenzka wrote in a January 2020 news release about the program. “We know artistic practice is changing, that the world is changing, and that we need to be ready to adjust.”

Three months later, New York City was experiencing an unparalleled public health crisis. The state required many businesses to undergo a lockdown to curb the spread of the Covid-19 pandemic, and large gatherings were outlawed. Suddenly, Performance Space needed to adjust again—this time to a reality where its artistic medium was considered hazardous.

“Everyone went home and locked down,” Schlenzka recalled in an interview with Artnet News. “It was scary and disappointing.”

More than two years have passed, but the emotional scars and economic impact of the pandemic have cut deep in the world of performance art. During the worst days of lockdown, some artists who couldn’t afford rent squatted in empty theaters to save money. Others left the art world entirely, unable to justify creating artworks that no longer had an audience. 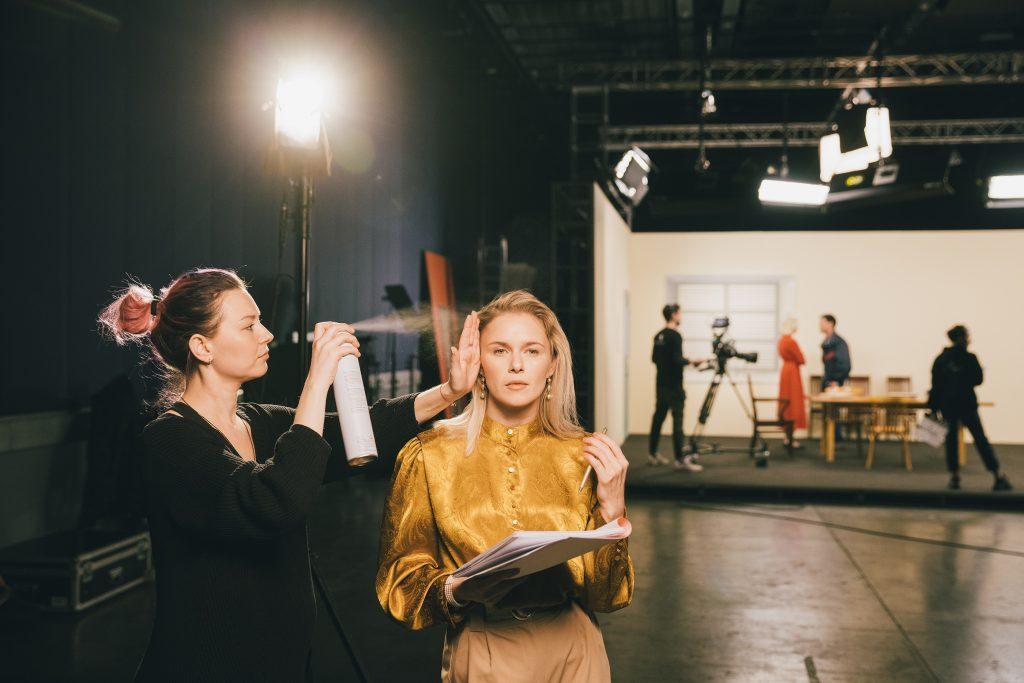 “Many performance artists were insecure during the pandemic,” Schelnzka said. So it became important that her nonprofit acknowledge that pain with its fall 2022 season, called Healing Series, which will include performances from artists like Niall Jones, Monica Mirabile, and Moriah Evans, each of whom will earn between $2,000 and $7,000.

Evans’s durational performance, titled , is a critique of the social systems that failed to support people over the past three years. “How do you find remains, name them as such, and then unfurl this information into movement, into action, and into language?” she said in a statement. “And with that I’m claiming dance, or the body, as a site where people can heal.”

Opportunities to perform have become rarer during the pandemic, according to artists. Performance Space commissioned 23 events in 2019; in 2022, there will only be 13, which amounts to a 43 percent decrease. On top of that, artists face the additional stress of staying healthy before and during shows.

Last October, Cassils was in the United Kingdom to perform , the transgender artist’s first contemporary dance piece. It took nearly five years to develop the performance, which premiered at HOME, an arts complex in Manchester. But a day before opening, show choreographer Jasmine Albuquerque came down with Covid-19. That was bad enough. But the choreographer also needed to quarantine within a hotel for ten days. Cassils and HOME ultimately split the bill, but it was a large, unexpected expense.

“It’s just really high risk,” Cassils said. Unlike Broadway actors, performance artists don’t have understudies who can take their place onstage. If you get sick, the show is canceled. “You are just trying your best, hoping your company isolates and everyone stays healthy.”

Cassils is now working on new productions of at REDCAT in Los Angeles and Canadian Stage in Toronto. The shows, which premiere in October, include six young dancers, and this time around, the artist wants to approach the risk of infection more pragmatically.

“Every single day we test and wear masks, but everyone is dancing and sweating,” the artist said. “And you can hope people isolate, but they may also be going to a rave.”

“There is financial disruption, but it doesn’t outweigh the incredible need for performance, and my desire to engage in work collectively,” Cassils added. “Come hell or high water, I am doing these live events because we need them so much.” 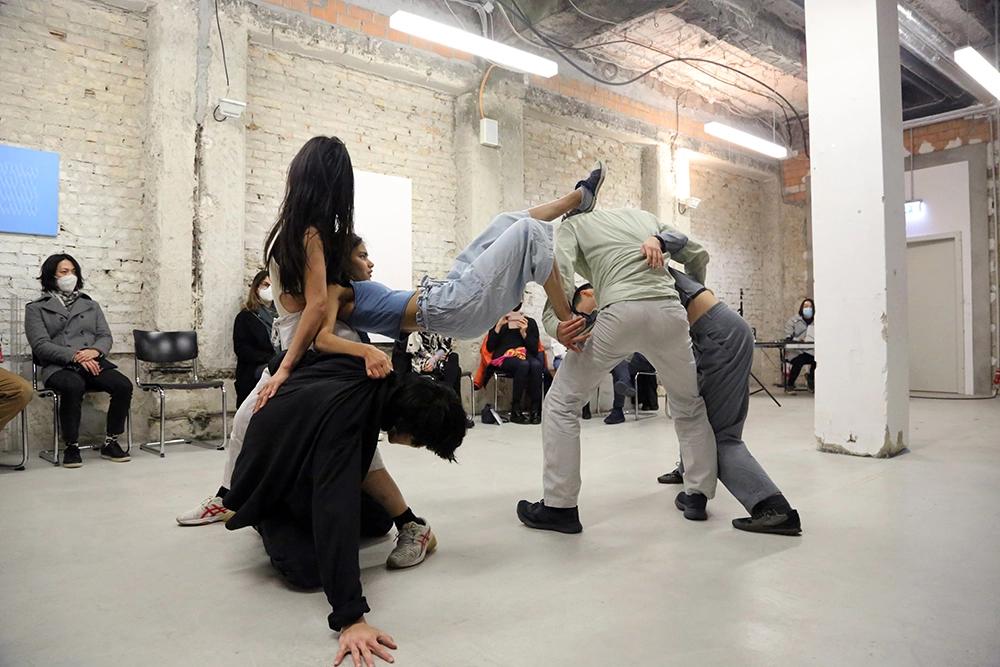 Some artists are staying positive about the future. “Lately, it’s been really busy despite the apocalypse happening,” said Joseph Liatela.

When the pandemic started, Liatela was into his second semester of his MFA program at Columbia University. He returned to San Francisco during the lockdown, transforming his sister’s garage into a makeshift studio. The change allowed the artist to dig deeper into his sculptural practice, and when he returned to New York, he produced a video performance that was livestreamed from Julius Bar, a historic watering hole for the city’s queer community.

Yet it’s undeniable that the volume of opportunities has diminished since the pandemic. The Kitchen, a Chelsea nonprofit regarded as one of the most important performance venues in the city, has remained virtual since the start of the pandemic, but has yet to announce its fall season. (The organization announced last year that it would embark on a $28 million renovation, which will temporarily close its space. Kitchen director Legacy Russell declined to comment for this article.)

“I don’t want to say that performance art has been forgotten,” said Liatela. “That would break my heart.”

For her part, Schelnzka has used the pandemic as a moment to readjust priorities at New York Performance Space. “We are moving away from producing 30 new shows every year,” Schelnzka said. “We are trying to have deeper relationships with artists and find a balance of providing more support, financially but also personally and technologically.”

Fundraising and fewer productions have also allowed Schlenzka to raise the minimum salary at her institution to just above $60,000—almost double what it was when she joined in 2017. She is now thinking long-term about the need for live performance in a post-pandemic future.

“If we want to survive on this planet, we have to learn how to live in a community,” Schlenzka said. “And if anything, the lockdown has shown just how much we need to be in the presence of other people.”

Things to Know about Frida Kahlo

Designer and Artist Christian Louboutin Is Taking His Red-Soled Shoes and ‘L’Exhibition[niste]’ Show on the Road. First Stop: Monaco