Home News Police Retrieve $400,000 in Artwork Stolen From a Truck in Colorado—Along With... 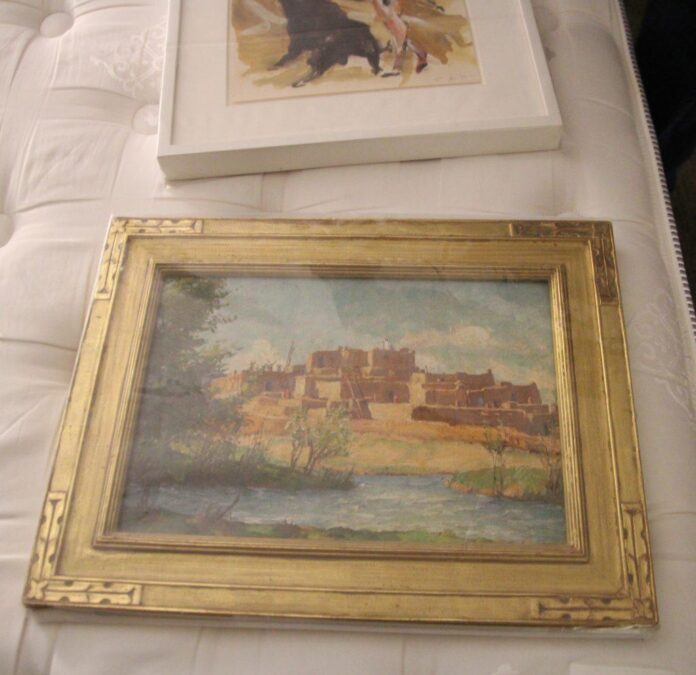 In a surprising turn of events, Colorado police have recovered five stolen paintings worth $400,000 alongside a larger horde of illegal drugs and weapons. The works were stolen on December 14 from the back of a truck in Boulder, where they had been left overnight while in the care of an art transportation company.

After receiving a tip, the Boulder Police Department managed to trace the artworks to a hotel room in Lakewood, Colorado, where they were found undamaged. The discovery turned out to be a much bigger coup than expected, with the police seizing an unexpected trove of stolen items from the scene, including handguns and electronics as well as 23 grams of methamphetamine and almost 2,000 fentanyl pills.

The police have arrested one person so far, 31-year-old Brandon Camacho-Levine, who was found at the scene and now faces a long list of charges, including felony counts of possession of a weapon by a convicted felon, drug distribution/manufacturing, first-degree vehicle trespass, and theft.

The suspect was previously arrested last July for motor vehicle theft, according to a report in Forbes. After falling ill while in custody, Camacho-Levine was taken to Rose Medical Center but managed to escape after assaulting an officer. He has been wanted ever since.

The stolen artworks belonged to two clients of the moving company. A canvas by the celebrated Abstract Expressionist Elaine de Kooning, Untitled (Madrid Series #3), and Burnett’s Barn, a farm scene by figurative artist Jane Freilicher, were destined for the town of Englewood, just south of Denver.

“My reaction was fury,” Colleen Fanning, an art adviser to the owners, told Channel 9 News. “We were shocked and appalled and had no idea that something like this could even happen.”

Joseph Henry Sharp’s View of the Taos Pueblo, Eanger Irving Couse’s Taos Pueblo at Night, and Ernest Martin Hennings’ Laguna Pueblo had recently been bought at Bonhams Los Angeles and were heading to their new owner in Santa Fe.

“Not only did we recover this artwork still intact, but we also took these deadly drugs that plague our community off the street,” said police chief Maris Herold in a press release.