Home News Charleston reckons with its role in the international slave trade through its... 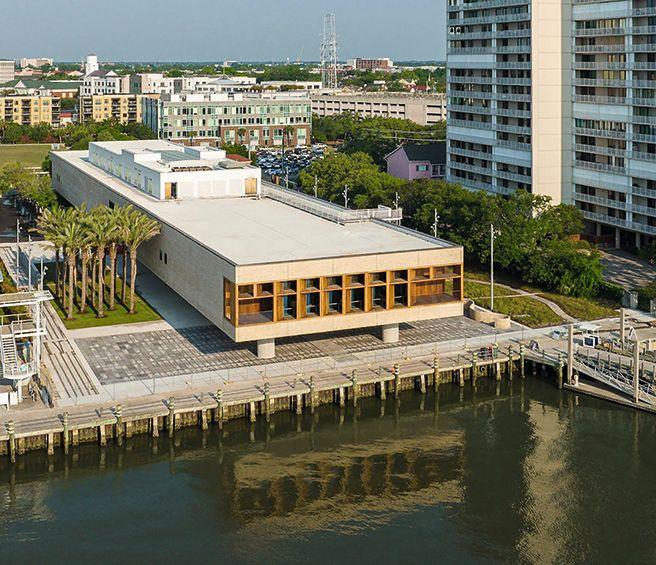 This year, two museums in Charleston—one of the oldest museums in the US and one of the newest—will hold a series of exhibitions and public programmes that critically explore the role of the city in the transatlantic slave trade. Today (12 January), the Charleston Museum, which holds a vast collection of artefacts related to the colonial era, will celebrate its 250th anniversary and later this year the long-awaited International African American Museum (IAAM) will open nearby after two decades in development.

The IAAM, which was forced to delay its 21 January opening due to climate control issues, will be made up of a series of temporary and permanent exhibitions across nine galleries that examine centuries of cultural contributions made by the descendants of enslaved Africans, many of whose ancestors once likely disembarked in a South Carolina port. An estimated 80% of African Americans can trace ancestors who arrived via the Charleston peninsula.

One exhibition will deal with themes related to what is now referred to as the Great Migration—the movement of around six million African Americans from the South to northern, mid-western and western states between the 1910s and 1970s. Another show features works by contemporary and historic African American artists and has been organised in collaboration with the University of North Carolina at Chapel Hill and its Ackland Art Museum.

The IAAM is sited on Gadsden’s Wharf, the former slave port where more than 100,000 slaves entered the US between 1783 and 1808. It stands on pillars, cantilevering above a public garden along the Charleston harbour front. An ethnobotanical garden also features plants native to West Africa, South Carolina and the Caribbean islands.

Prior to the IAAM’s inauguration, the Charleston Museum will mark its semi-quincentennial with an exhibition that reflects on the history of the institution in relation to the founding of the US. “In the colonial era, Charleston was one of the most prominent cities in North America,” says the museum’s director, Carl Borick. “But its economic power was obviously built on slave labour.”

The Charleston Museum was founded in 1773 by a society of wealthy South Carolinians and slave owners. “Some of the very original founders had studied in England and were likely influenced by the British Museum, and when they came back to Charleston they decided to develop a museum of their own,” Borick says.

The institution was originally a natural history museum that collected geological and botanical samples to advance agricultural production in the region. A fire in 1778 amid the Revolutionary War destroyed the early collection. The collection originated in the 1790s and now spans more than 2.4 million pieces. The museum became known by its current name in 1915.

“Throughout the 19th century, Charleston was a busy port, so things were coming from all corners of the globe that tell the cultural history of this area,” Borick says.

Besides showcasing a trove of artefacts, the anniversary exhibition will highlight important figures of the museum’s foundational years, including Laura Bragg (1881-1978), who convinced the board of trustees to allow African Americans to visit the museum on a segregated basis at the height of the Jim Crow era.

Bragg—who became the first female director of a publicly-funded museum when she was appointed in 1920—also introduced significant examples of Edgefield Pottery to the collection, including pieces by the enslaved potter David Drake that are now cornerstones of the collection.

Beyond these milestones in the cultural sector, in recent years, Charleston has made efforts to reckon with its past, including removing several monuments that glorified the Confederacy.

• This story was edited from its original print version after it was announced that the IAAM would delay its opening.