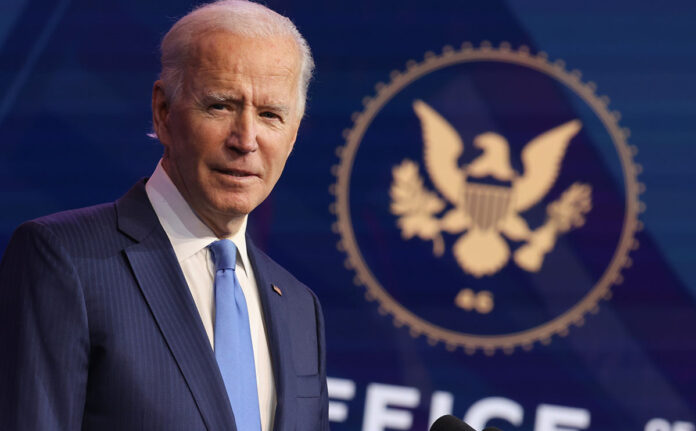 U.S. President Joe Biden is set to unveil a draft budget Friday that would increase government spending to $6 trillion in the next fiscal year beginning Oct. 1, according to The Wall Street Journal.

Biden’s draft budget will be the basis for his plans to modernize infrastructure in the U.S., as well as increase the government’s role in providing health care, education and other social services.

According to WSJ sources, according to the budget plan, annual government spending will increase to $8.2 trillion by 2031. As a result, U.S. government debt in a few years will exceed the record level recorded after World War II, and by the end of 2031 will rise to 117% of GDP from about 100% of GDP in the current year.

The draft budget, which usually demonstrates the presidential administration’s priorities, is expected to detail Biden’s earlier proposals for infrastructure investment and social support measures for citizens.

The Biden administration believes that the planned tax increases for corporations and the wealthy will provide enough revenue for the budget to offset increased spending over the next 15 years.

“The president’s proposals, as you will see, involve temporary spending increases and permanent tax increases that will lead to lower budget deficits and higher tax collections in the future,” Treasury Secretary Janet Yellen told Congress Thursday. – I believe this is a fiscally responsible plan.”

“Our positions in the areas of education, child care, environmental protection and affordable housing have deteriorated over the past 10 years,” notes Democratic Senator Patrick Leahy of Vermont and head of the Senate Appropriations Committee. “Joe Biden understands that, and I appreciate the big measures to address these issues that he will present in the budget bill on Friday.”

Meanwhile, Republicans criticize Biden, believing that big government spending causes problems for the U.S. economy, in particular, provoking inflation. Payments to the unemployed, which increased during the crisis, can be an incentive for people not to rush to find a job, said Republicans.

As reported, U.S. consumer prices in April rose 4.2 percent from the same month last year, the fastest pace in 12 years.

The Biden administration estimates that despite the increase in debt, the cost of servicing it over the next 10 years will be around 2% of GDP, which they consider a reasonable level. The yield on the ten-year US Treasuries on Friday is 1.61% p.a., though it was below 1% as recently as late last year. Despite some rebound, U.S. government bond rates are well below long-term averages.