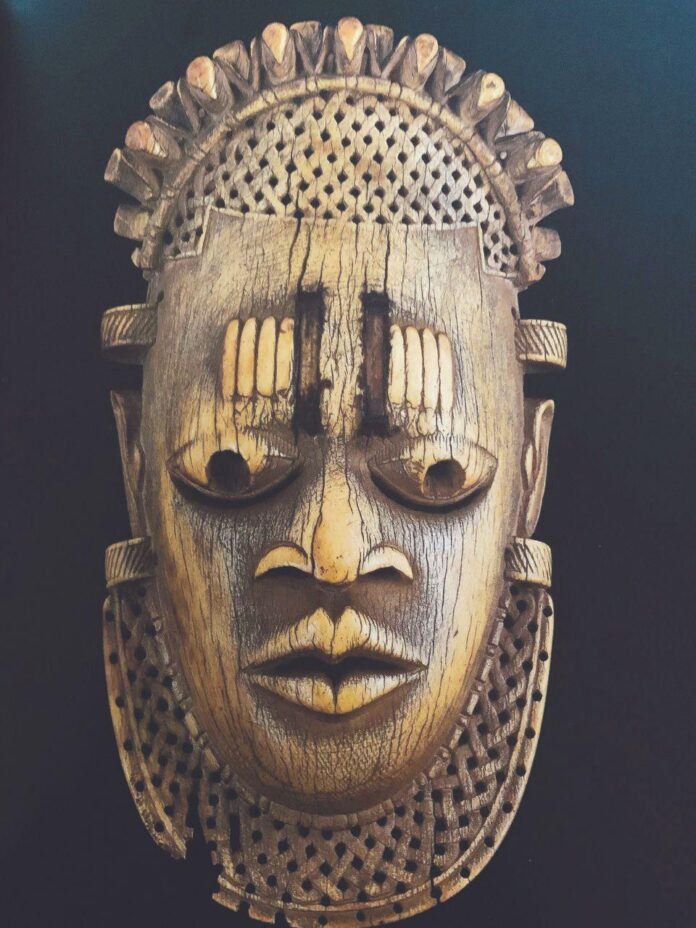 A rare Benin ivory mask, which resurfaced last November as one of the treasures of the Al-Thani Collection in Paris, was withdrawn from a London auction just over a decade ago following controversy over its status.

The Benin ivory mask, one of only five known examples of its kind, had been scheduled for auction at Sotheby’s in February 2011, with an estimate of £3.5m-£4.5m. But days after announcing the sale, the auction house cancelled it, stating at the time that it had done so “at the request of the [mask’s] consignors”.

The consignors in question were descendants of Sir Henry Lionel Galway, a senior colonial officer in Nigeria who took part in Britain’s punitive expedition of 1897. This incursion of 1,200 British soldiers captured and sacked Benin City (located in modern day Nigeria), stealing thousands of artefacts, which were taken to Britain and eventually dispersed to museums and collections around the world.

Although no formal claim was made on the ivory mask before Sotheby’s auction in 2011, protests calling for the return of Benin objects to Nigeria had started to escalate.

The then Nigerian president, Goodluck Jonathan, was reported to have taken a personal interest in the matter, while Orobosa Omo-Ojo, an official in the state government of Edo, which contains the modern city of Benin, said that Sotheby’s should “refrain from selling the mask. Anything that makes them ignore this call from the Edo state government will make us use this as a starting point to protect our intellectual properties,” according to a report in the Antiques Trade Gazette. After cancelling the ivory mask’s sale, Sotheby’s returned it and five other Benin objects to the family that consigned them.

The auction house says it was not involved in the subsequent sale of the mask to Sheikh Hamad bin Abdullah Al Thani, a member of Qatar’s royal family, whose wide-ranging collection of antiquities, jewellery, and works of art went on display at Paris’s Hôtel de la Marine last November.

A spokesman for the Al-Thani Collection says that “no notice of any claim [on the ivory mask] has been received” and that it is “open to exploring cultural partnerships, exchange exhibitions, and collaborative ways in which this object can be displayed in Nigeria”, adding that it is “honoured to have displayed this masterpiece for the first time in 70 years at its museum space at the Hôtel de la Marine where it was a major highlight of an exhibition that brought together outstanding objects from diverse civilisations and periods… celebrating great cultures from around the world”.

In recent years, increasing public pressure for restitution of looted Benin objects has prompted numerous museums to return them voluntarily. However, no museum in Nigeria currently has a Benin ivory mask in its collection. There are four other known examples in addition to the one in Paris. These are located in the British Museum, London; the Linden Museum, Stuttgart; the Seattle Art Museum, and the Metropolitan Museum of Art in New York.

The Qatari collection is currently under scrutiny, according to the French newspaper Le Monde, which has reported the raising of wider concerns over the provenance and authenticity of works from Syria, Egypt and Yemen, with suggestions that some may originally have been illegally excavated from their respective countries of origin.

The Al-Thani Collection says it acquired these works from established dealers, consulted independent experts about them and followed standard due diligence guidelines when purchasing them. It has returned works over which there were authenticity concerns, and is investigating concerns over provenance in relation to another work, saying in a statement: “The collection treats any allegations of this kind extremely seriously; it is actively undertaking further research and is committed to conducting a thorough investigation to assess the issues raised.”