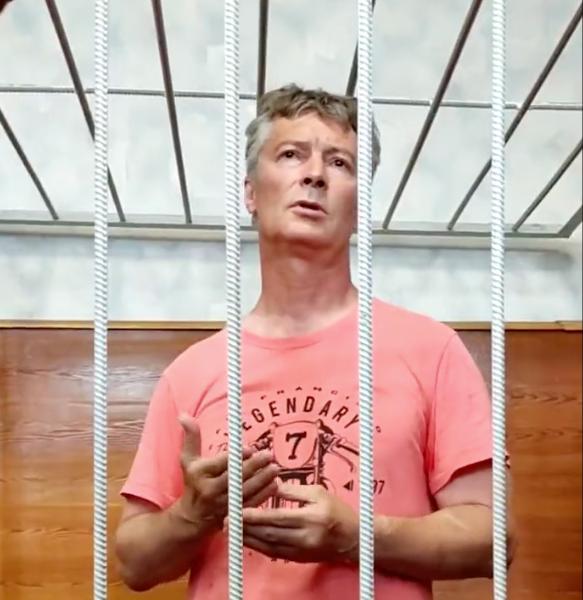 A well-known Russian opposition politician and museum founder was detained yesterday in a raid on charges of “discrediting” the military and now awaits trial. Yevgeny Roizman had previously referred to the 2022 Russian invasion of Ukraine as a “war”. He could face five years in prison if convicted.

Roizman founded the Nevyansk Icon Museum over two decades ago in Yekaterinburg, Russia’s fourth-largest city. The first private museum in Russia dedicated to icons—sacred images used in religious devotion—it holds many such works from the Yekaterinburg region that Roizman has collected and catalogued.

Footage of the early morning raid on Roizman’s apartment was first posted on Telegram, and then spread across state and social media. He told journalists as he was being led away that the case against him was “de facto for a single sentence.” RIA Novosti news agency reports that the charges stemmed from a YouTube video that he had posted. Further reports from Russian media say that Roizman’s charity foundation and his museum were also being searched.

A court in the Ural Mountains region city today set Roizman’s pre-trial detention until 29 September. He is banned from visiting public places and using the internet. The judge ruled against the prosecutor’s request for de facto house arrest. Analysts have said that the authorities will have to consider Roizman’s considerable popularity; his arrest risks destabilising the region as the September gubernatorial elections approach. Evidence of this was apparent at the courthouse today, which was packed with journalists and supporters who cheered when he was led in. A number of protestors held one-person pickets—the only kind legally allowed in Russia—in front of the museum.

Roizman was a member of Russian parliament from 2003 to 2007 and the mayor of Yekaterinburg from 2013 to 2018. He ran notable anti-drug and anti-corruption campaigns. He was the last of the country’s prominent opposition politicians to not have been jailed for speaking out against the war in Ukraine, or to have fled the country.

An avid social media user, he posted unrelenting criticism of Vladimir Putin’s regime and supported the jailed opposition leader Aleksei Navalny. In July he tweeted a photograph of himself with three other opposition politicians, captioning it “I’m the only one not in jail.”

In a YouTube interview earlier this month with journalist Katerina Gordeeva, Roizman said: “Why should I leave? I am attached to this land, I was born and raised here. I won’t move a millimeter. I love my country, I understand all the risks, but I can’t leave here, not least because that would be running away. That will never happen.”

The interview, which has 2.3m views, was filmed at his museum. Roizman was preparing the publication of a large survey of Nevyansk icons, which were created from the 18th to the 20th centuries by Old Believers, Russian Orthodox Christians who refused to accept 17th-century liturgical reforms that were enforced by the state.

“For the Urals, this is the main collection of icons,” says Sergei Chapnin, a specialist on the Russian Orthodox Church and chairman of the ARTOS Creative Arts Fellowship, which promotes contemporary Christian art. “This is a school of icons whose history stretches across 200 years,” which is unique, and “thanks to Roizman this has all been studied.”

Chapnin adds that Roizman helped create a local art school and funded restored icons at a number of churches in the region.

Tsargrad, a television channel funded by ultranationalist oligarch Konstantin Malofeev, published a story on its website on Wednesday accusing Roizman of stealing icons and restoring them to an unrecognisable state.