Home News Scientists Discover the Existence of a Previously Unknown Roman Emperor During an... 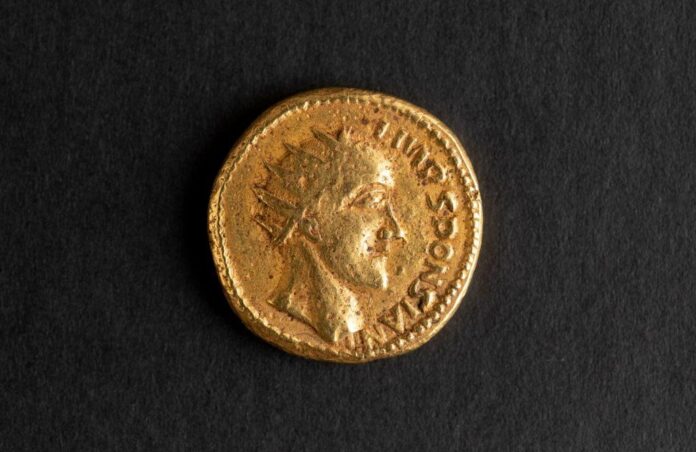 A scientific analysis of ancient gold coins, long dismissed as fakes, has revealed the existence of a previously unknown Roman emperor.

Sponsian, a Roman military commander turned emperor, isn’t mentioned in historical documents and is only known to us today through a horde of Roman-era coins discovered in Transylvania in 1713.

Around 1850, scholars re-examined their crude design and dismissed them as forgeries, which in turn cast doubts on the existence of Sponsian.

New research suggests, however, that the coins’ unrefined flaws may instead reflect the fact that they were produced on the fringes of Roman society, rather than by the more expert minters responsible for most of the coins.

Scottish collector William Hunter bequeathed four coins from the horde, three depicting known Roman emperors Gordian III and Phillip I and a fourth that portrays Sponsian, to the Hunterian Museum at the University of Glasgow in 1783. Once their provenance came under question, they were relegated to a wooden cupboard and have only now been reassessed.

Scientific analysis has shown that they were once used in active circulation and were then buried for a long time, evidence that strongly suggests that they are, in fact, authentic.

Following this exciting discovery, similar research involving high magnification microscopic analysis has been carried out on another coin depicting Sponsian from the horde, held at the Brukenthal National Museum in Sibiu, Romania. The results match the initial findings.

“The collaboration with our partners was particularly pleasant and interesting,” said interim manager of the Brukenthal, Alexander Constantin Chituță. “For the history of Transylvania and Romania in particular, but also for the history of Europe in general, if these results are accepted by the scientific community, they will mean the addition of another important historical figure in our history.”

Though it now appears likely that Sponsian did exist, little is known about his life. Given the location of the coins it seems likely that the military commander was posted to what was then the Province of Dacia, in modern-day Transylvania, Romania. In the midst of political turmoil, he may have found himself cut off from the rest of the empire and forced to take on the role of emperor to establish order and protect the isolated territory.

Coins were an important symbol of power and authority during the Roman era, which may explain why Sponsian arranged to have them produced locally.

With their provenance now secured, the four gold coins at the Hunterian and the coin at the Brukenthal will go on public display.

Can Instagram‘s Algorithm Curate an Exhibition Better Than a Human? A London Show Aims to Find Out