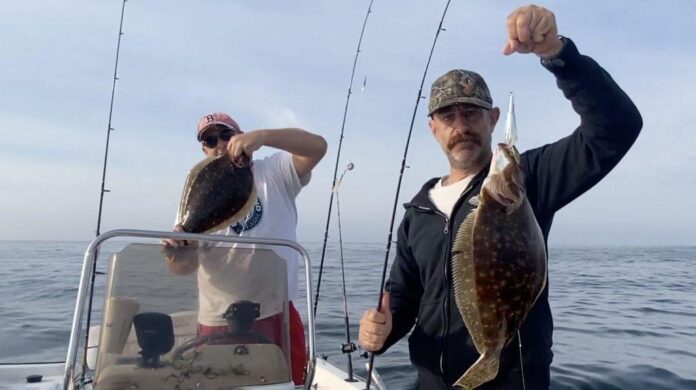 The first time I encountered the work of Duke Riley was on Rockaway Beach in Queens going on 10 years ago. He had won third prize in a sandcastle competition for his sculpture of a White Castle adorned with shells, seaweed, and other natural materials he had collected from nearby Dead Horse Bay.

The artist’s new show at the Brooklyn Museum similarly employs objects washed up from the sea, but this time to less ephemeral effect.

In “Death to the Living: Long Live Trash,” Riley transforms garbage he picked up on beaches across the northeast into contemporary versions of traditional maritime crafts, such as hyper-detailed works on washed plastic bottles, and toothbrushes that recall scrimshaw carvings.

The contemporary works, which speak to the evils of pollution and single-use plastics, are displayed alongside historical scrimshaw—which was also environmentally devastating. The works are on view inside the period rooms of the Jan Martense Schenck and Nicholas Schenck Houses, which date back to about 1675 and 1775, respectively.

We spoke with Riley about the importance of taking risks in art, and why having a view of the water is a must for his studio. 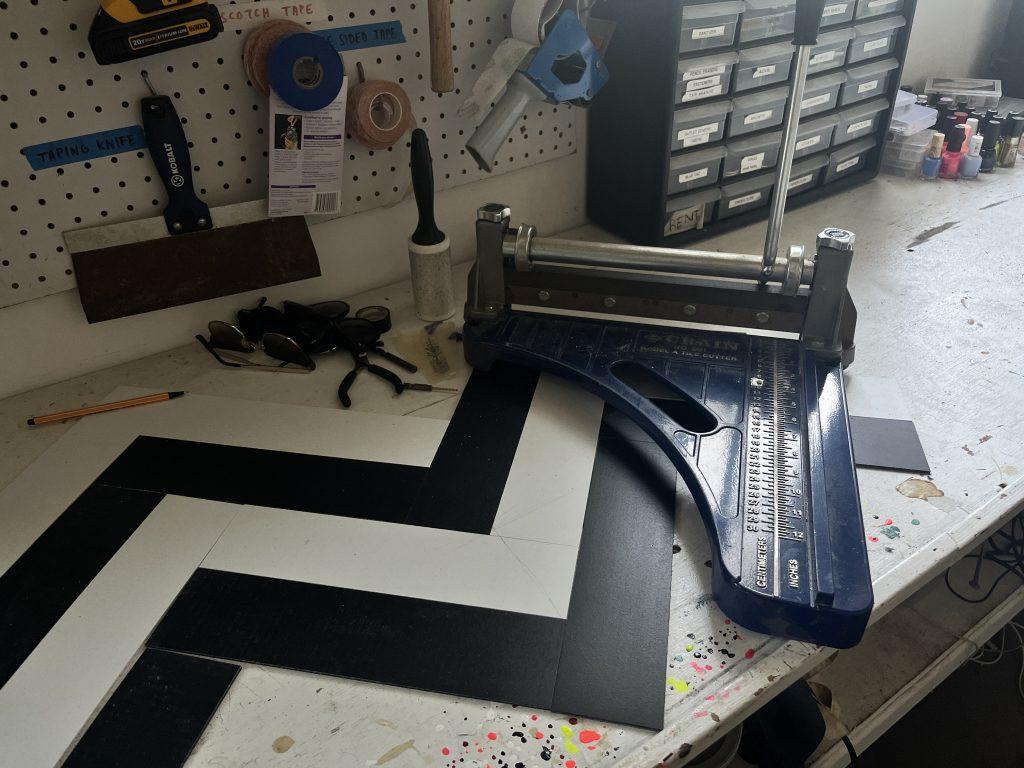 What is the most indispensable item(s) in your studio and why can’t you live without it?

The tiles that I use for the [mosaic] are tiles that I’ve collected over the years from construction dumpsters as people have been ripping them out as they renovate buildings. I also got a lot of them when Bergen Tile on Flatbush Avenue closed in 2008.

What is the studio task on your agenda this week that you are most looking forward to?

Now that we’re spending a lot of time in the studio we’re putting energy into thinking about resale royalties for artists. It’s actually feasible for that to happen now, and it’s imperative that it does. Other than that, we’ve been working on building out the pigeon coop. So far, we’ve added stained glass, new shingles, and corbels. This week we’re adding solar panels. I’m also adding solar panels on my boat to get it set up for tattooing this summer. 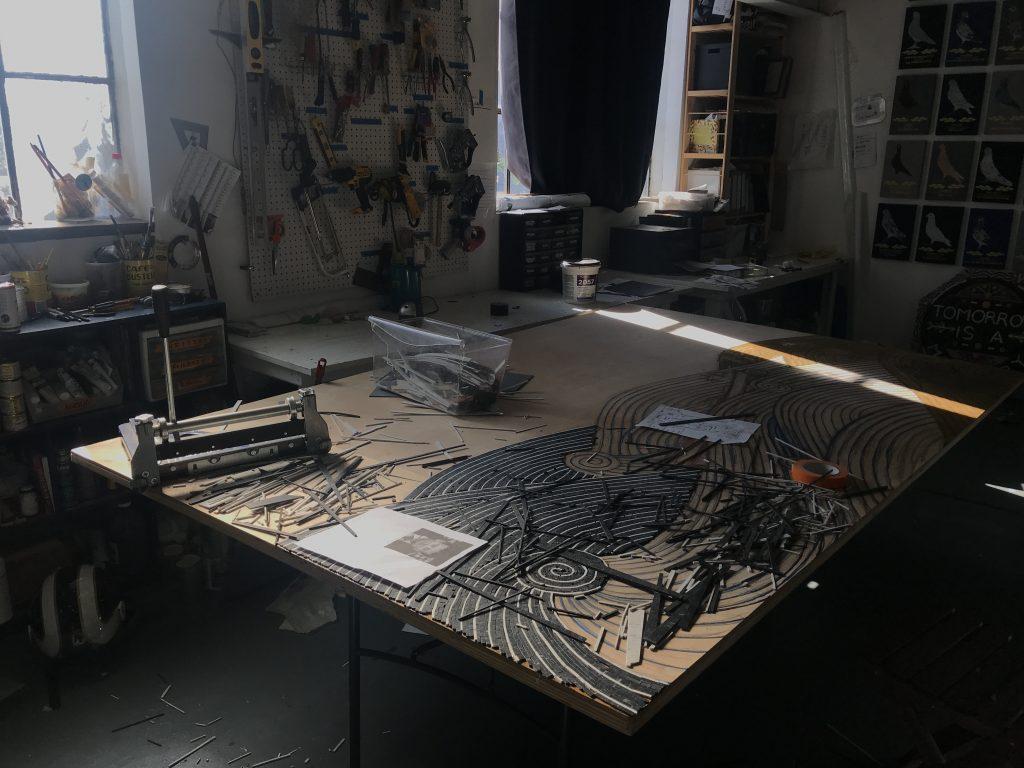 I can work through music, silence, books on tape, or just the news depending on what kind of work I’m doing. Different stimulation is required for each type of work that I do. I’m extremely dyslexic so listening to audio books and the news is one of the best ways for me to stay informed.

Who are your favorite artists, curators, or other thinkers to follow on social media right now?

I try to avoid social media as much as possible so I like curators that like me, I guess? The best thinkers can be found drinking in dive bars in the middle of the day. I’ve been paying the most attention to Mel Chin, Mark Dion, Mary Mattingly, Dread Scott, Caldonia Curry (Swoon), and Hank Willis Thomas. 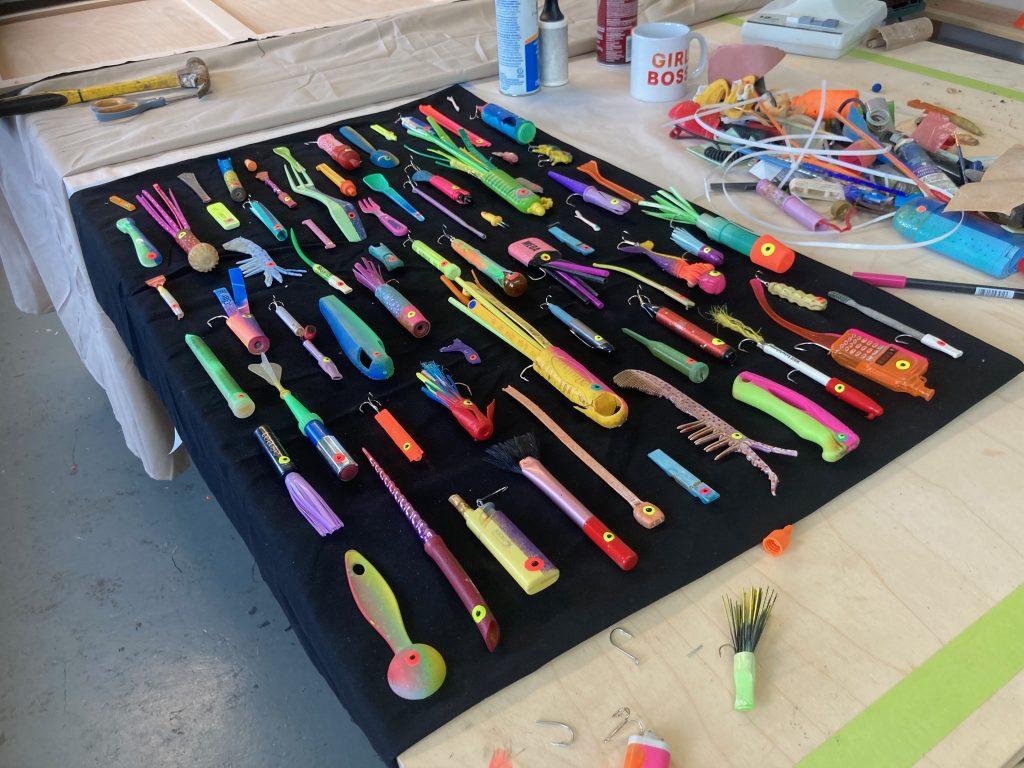 Fishing lures by Duke Riley in progress. Photo courtesy of the artist.

I’ve never really felt stuck while preparing for a show. When I feel like I’m burning out on drawing I’ll switch to working on video. When I’m exhausted from video, I’ll switch to making scrimshaw or a sculptural project.

I admire when artists fully commit to the work and take risks. As Oscar Wilde said: “An idea that is not dangerous is unworthy of being called an idea at all.” 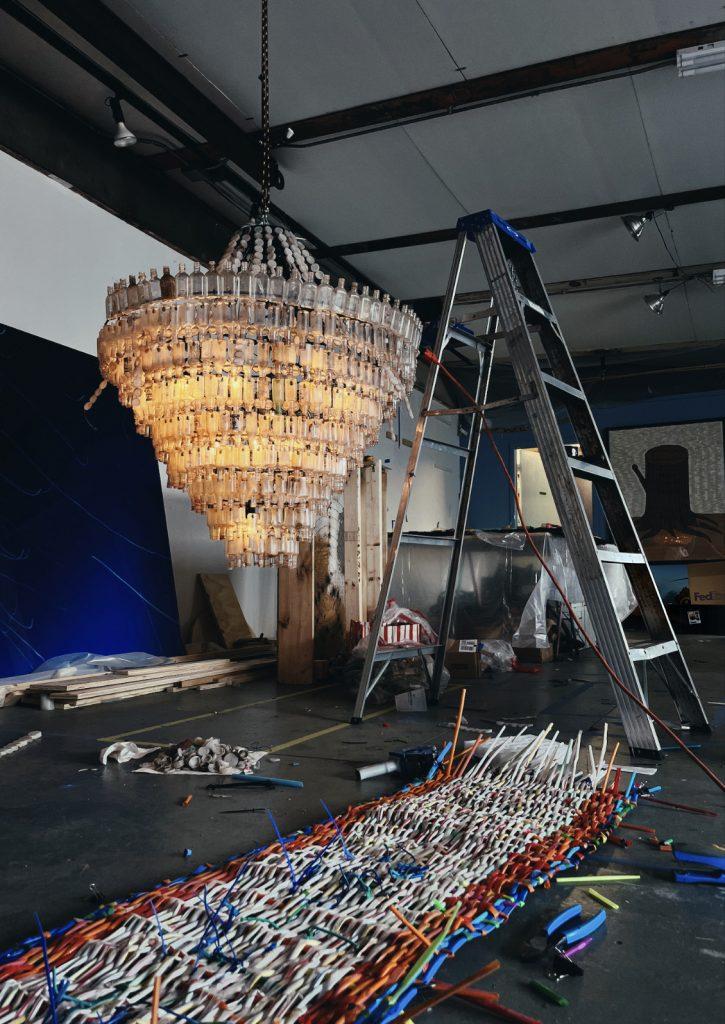 Almost the entire time that I’ve been working in New York, whether it was when I was using a boat as my studio in Red Hook or here in the Navy Yard, I’ve been able to see the water from where I’m working. I’d say it’s more important to me than the size of the space or having working heating.

What is the last exhibition you saw that made an impression on you and why?

The last exhibitions I saw that made an impression on me are Robin Frohardt’s “Plastic Bag Store” and Faith Ringgold’s show at the New Museum. I’m looking forward to Charles Gaines’s project finally coming to fruition this month. 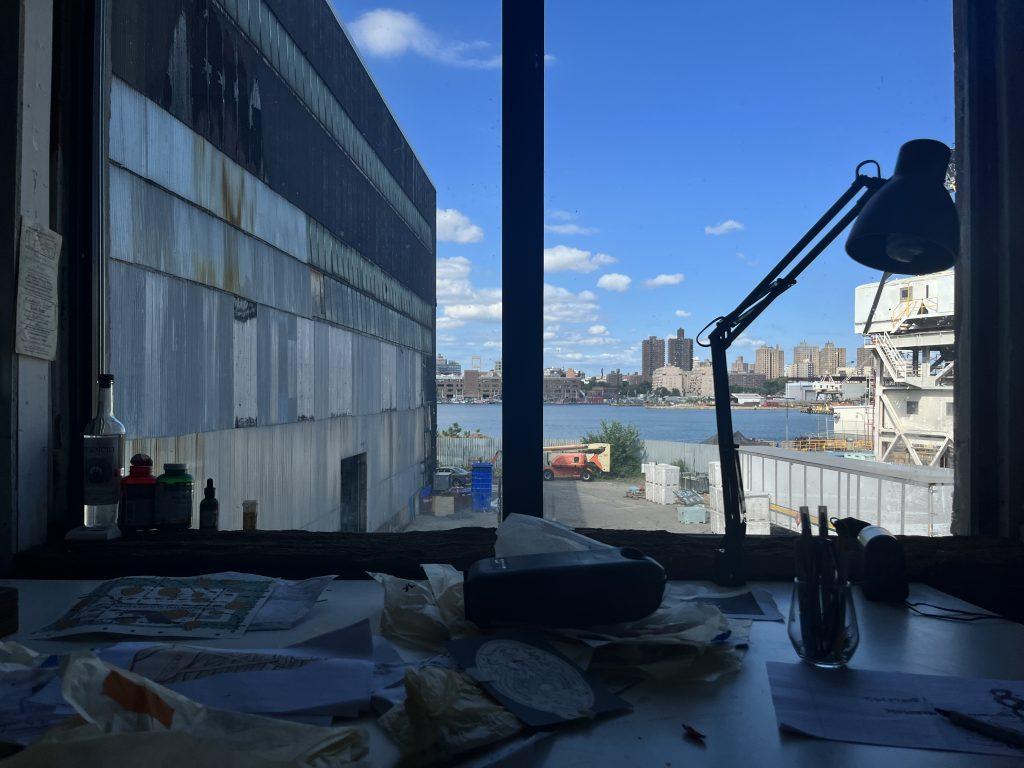 What made you choose this particular studio over others?

I first came to this studio in 2016 when we were scouting locations for and it is directly across from where the project took place. While I was there, I met Marc Agger who runs the Brooklyn Fish Transfer. We both have this connection to the seafood industry and coastal Massachusetts. He is also very passionate about art and we became fast friends. I was getting kicked out of my Red Hook studio and he offered me a long-term artist residency at Agger Fish. The building we’re in was actually once used for constructing submarines during World War II, so it seemed like it was meant to be. 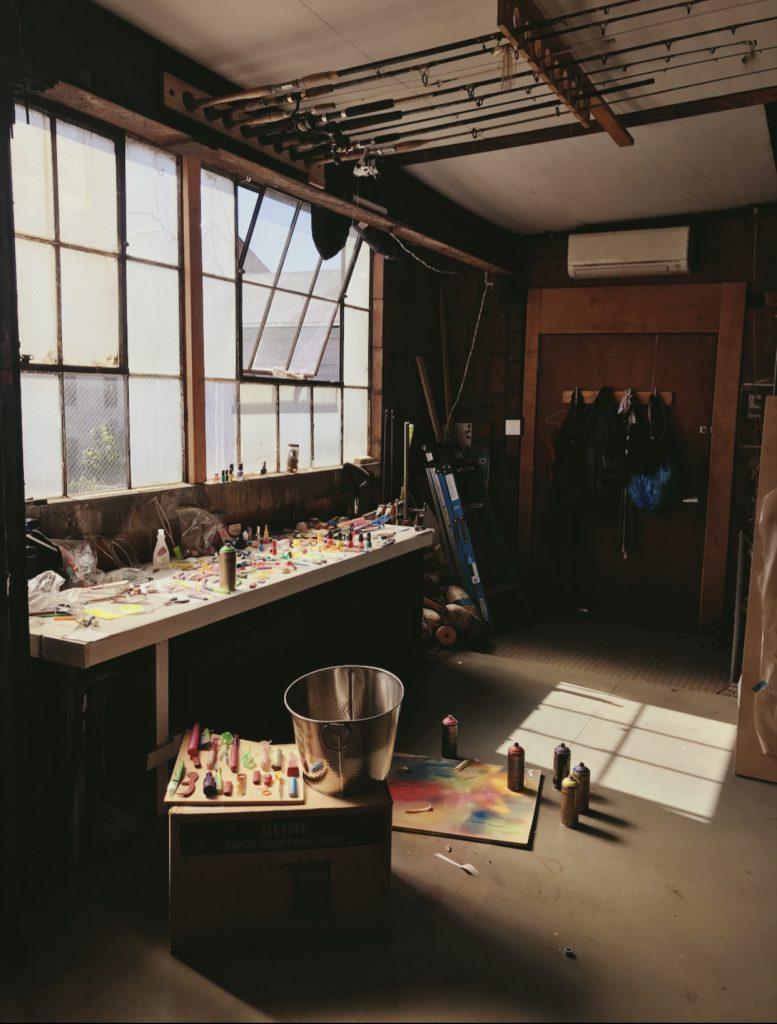 During the summer I try to spend as much time out of the studio as possible. The studio is on the top floor of a building with no insulation. Instead, I’ve been using a small boat as a floating studio throughout the summer where I’ve made a majority of the scrimshaw bottles. I’ve worked that way off and on for many years. Working on the boat, completely surrounded by the water, and making the pieces the way they were originally created has definitely had an impact on the work and how I feel about the act of creating.