Home News Self-Censorship Among Artists and Museum Workers Is on the Rise in Poland,... 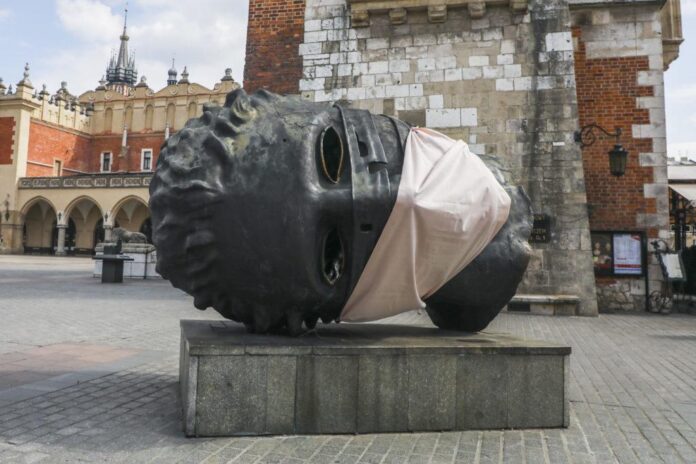 Artists and culture workers in Poland are increasingly self-censoring their work under pressure from the right-wing populist government, according to a new study.

The 100-page report, , published today by the Artistic Freedom Initiative (AFI), claims that instead of establishing an explicit, centralized censorship regime, the leading the Law and Justice party (Prawo i Sprawiedliwość; PiS) has taken a more “devious” approach, exerting its influence by infiltrating art institutions. Since it came to power in 2015, PiS has installed its allies in management at 23 major Polish cultural institutions and artistic events.

The AFI called for Polish and European Union legislators to step up the protection of artistic freedom and will soon initiate a strategic litigation program to challenge Poland’s acts of artistic suppression before the European Court of Human Rights and the E.U. Court of Justice, according to the initiative’s co-executive director Sanjay Sethi. 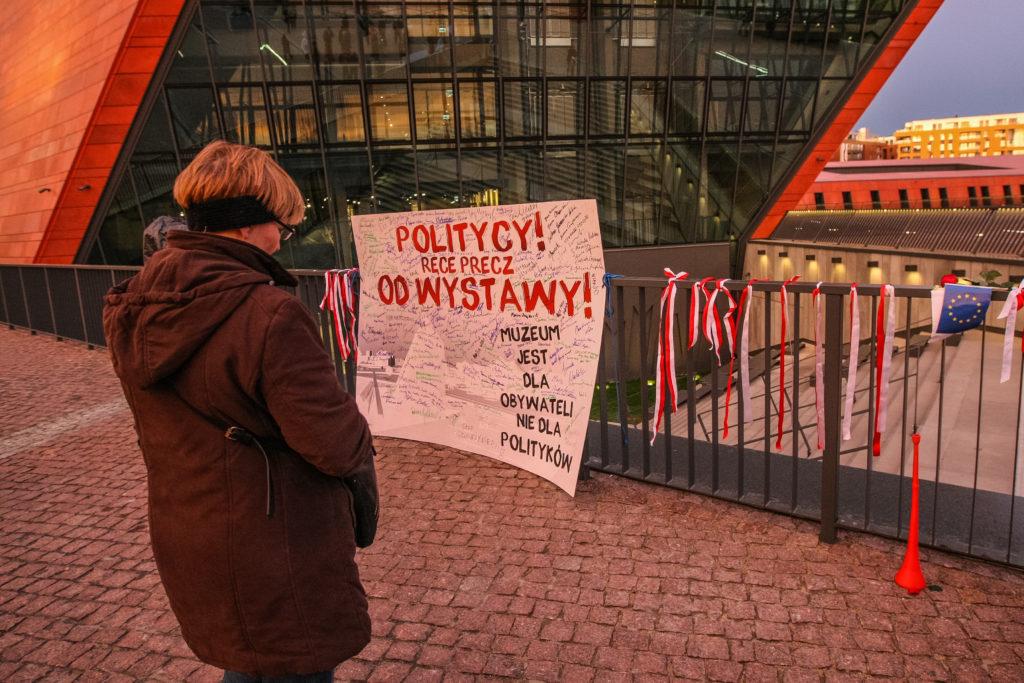 A protester standing in front of a banner that reads “Politicians—Hands off! of the exhibition” in April 2017 in Gdansk, Poland, the same day the Supreme Administrative Court ruled on the de facto liquidation of the World War II Museum and a change in its director. (Photo by Michal Fludra/NurPhoto via Getty Images)

But the ongoing war in Ukraine could be an obstacle to concrete action. Although the European Commission in 2017 initiated a procedure under Article 7 to assess whether Poland was at risk of breaching E.U.’s common values, the country is currently “a critical political ally against Russia and they have taken a strong stance against the war in Ukraine,” Sethi told Artnet News. “My fear is that Western countries will back off of Poland due to its strategic importance in countering Russia.”

The report offered a bird’s-eye view of the deteriorating situation in Poland by interviewing artists and culture workers and taking stock of changes in the country’s legal framework and administrative structure that limit “minority perspectives from entering the public discourses, prevent government criticism from gaining legitimacy, and restrict how artists and creatives can express themselves” over the past six years.

One of the conservative government’s most effective legal weapons, according to the report, is its blasphemy law, which is regularly used “to punish creative expressions capable of harming the sanctity of the Catholic Church.” The number of related charges jumped from 10 in 2016 to 29 in 2020, and the number of cases filed with prosecutors climbed from 90 in 2018 to 146 in 2020. 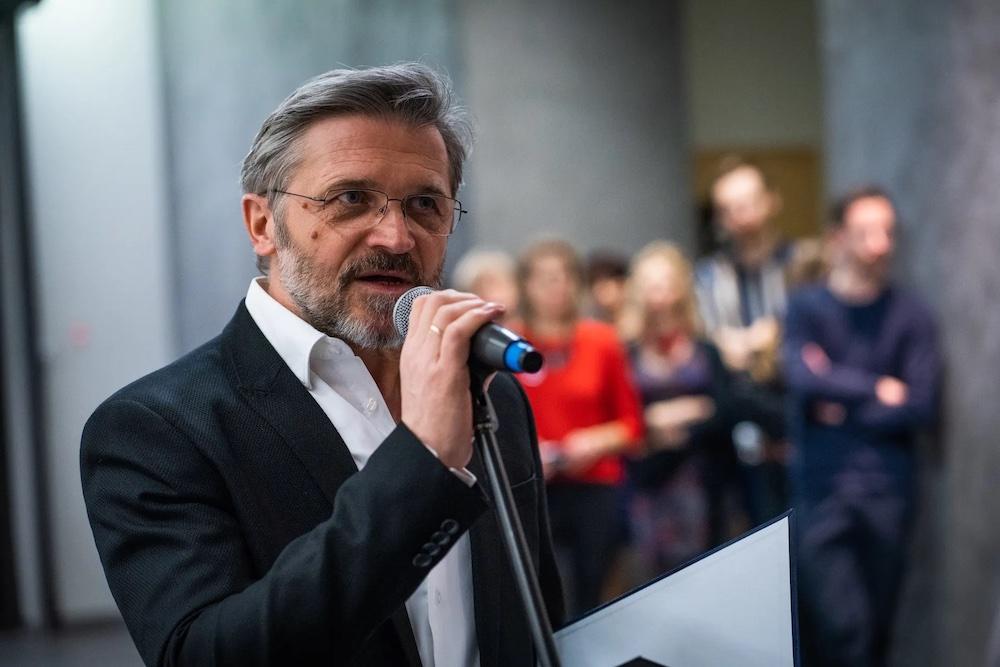 Among the recent cases, at least nine were related to artists, including the 2019 arrest of Elżbieta Podleśna for handing out a work depicting the Virgin Mary with her halo painted with the rainbow colors of the LGBTQ+ pride flag.

Such high-profile cases have already caused “widespread fear of legal or other repercussions for controversial work among the local arts community,” particularly among LGBTQ+ artists and culture workers, said Johanna Bankston, AFI’s human rights research officer. “PiS’s strategic use of over-broad blasphemy and defamation laws to punish artists for critical work is among the most pressing issues in the report.”

Brankston recalled speaking with a lesbian curator who feared she would be dismissed from her position at a major Polish museum if her boss were to find out about her sexual orientation “because of the public homophobic comments from the institution’s head, who targeted LGBTQ+ employees in the past.”

Some artists who expressed fears of legal ramifications and the loss of professional opportunities have had to “rethink” the theme of their work “to avoid controversy,” Bankston added. “As an E.U. member state beholden to democratic values, Poland’s lack of effort to protect LGBTQ+ individuals’ rights and promote their acceptance in society is extremely alarming.”

The report also accuses the right-wing government of politicizing the country’s Ministry of Culture and National History through the appointment of PiS party loyalists to promote its nationalist, conservative political views.

Among the staff changes was the 2019 dismissal of Małgorzata Ludwisiak as director of the Ujazdowski Castle Centre for Contemporary Art in Warsaw, the replacement of Hanna Wróblewska with a painter and drummer as interim director of Zachęta National Gallery of Art, also in Warsaw, and the ouster of Jarosław Suchan, longtime chief of Muzeum Sztuki in Łódź, who was replaced by Andrzej Biernacki, a painter and the founder of a small private gallery with no institutional experience, this spring.

“By unilaterally appointing hard-line right-wingers in nearly all key state cultural institutions, spanning art, literature, historical memory, theaters, and public media, the party can simply claim that artistic production is happening organically, when in reality they are curating what the public sees and hears,” Sethi concluded.

What are the Popular Types of Native American Art Available Today?

Art Week Tokyo Bussed Around 350 Foreign VIPs for Its First Event Since Travel Restrictions Were Eased. Many Preferred It to Another Art Fair