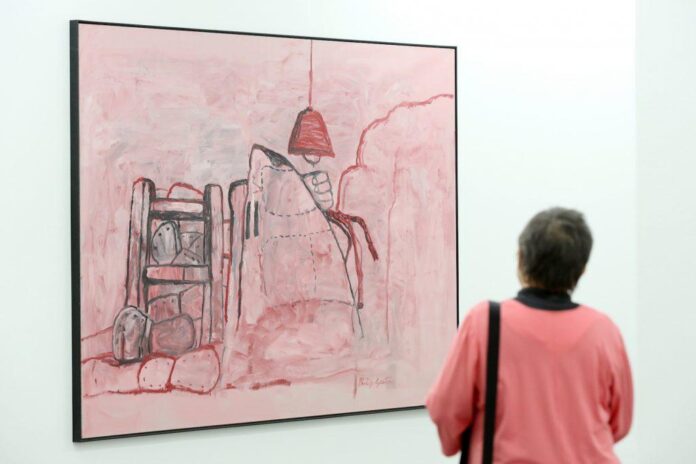 The saga of the Philip Guston exhibition, “Philip Guston Now,” that was postponed in late 2020 demonstrates how museums now suffer from  an identity crisis, torn between the demands of an engaged activist audience and agitated internal discourse. The directors of four museums—Tate in London; the National Gallery of Art, Washington D.C.; the Museum of Fine Arts, Boston; and the Museum of Fine Arts, Houston—said in September 2020 that the exhibition, already delayed due to the pandemic, would be postponed “until a time at which we think that the powerful message of social and racial justice that is at the center of Philip Guston’s work can be more clearly interpreted.” The issue, in other words, was one of contextualization, especially in the wake of Black Lives Matter protests held worldwide after the death of George Floyd in May 2020. But more than 2,600 arts professionals vehemently disagreed, accusing the organizers of self-censorship (an open letter admonishing the four institutions was initiated by the critic Barry Schwabsky and signed by artists and scholars such as Matthew Barney and Catherine de Zegher).

The teams behind the Guston show underscored that their decision  to postpone was justified in the early days of a global pandemic and the emergence of the racial justice movement in the U.S. in the aftermath  of Floyd’s murder. The Guston show had been years in the planning, with around 125 paintings and 70 drawings loaned by 40 private and  public collections. Though it was not referred to explicitly in the statement issued by the participating museums, it appears that Guston’s paintings and drawings featuring hooded figures evoking the Ku Klux Klan were the issue. Guston’s images of Klansmen first appeared in the  early 1930s and were prompted later by the civil unrest of the 1960s,  when he elucidated the motivation for creating the figures: “The idea of evil fascinated me . . . I almost tried to imagine that I was living with the Klan. What would it be like to be evil?” The artist was clearly  also trying to understand racist ideologies in a wider sense, with some critics alluding to Guston’s attempt to mask his Jewish identity. Mark Godfrey, the former Tate curator who was due to organize the London leg of “Philip Guston Now,” examines Guston’s Jewish ethnicity in depth in the exhibition catalogue, exploring how we think “of the relationship between image-making and Jewishness in his art.” (The catalogue was published despite the postponement of the show.) 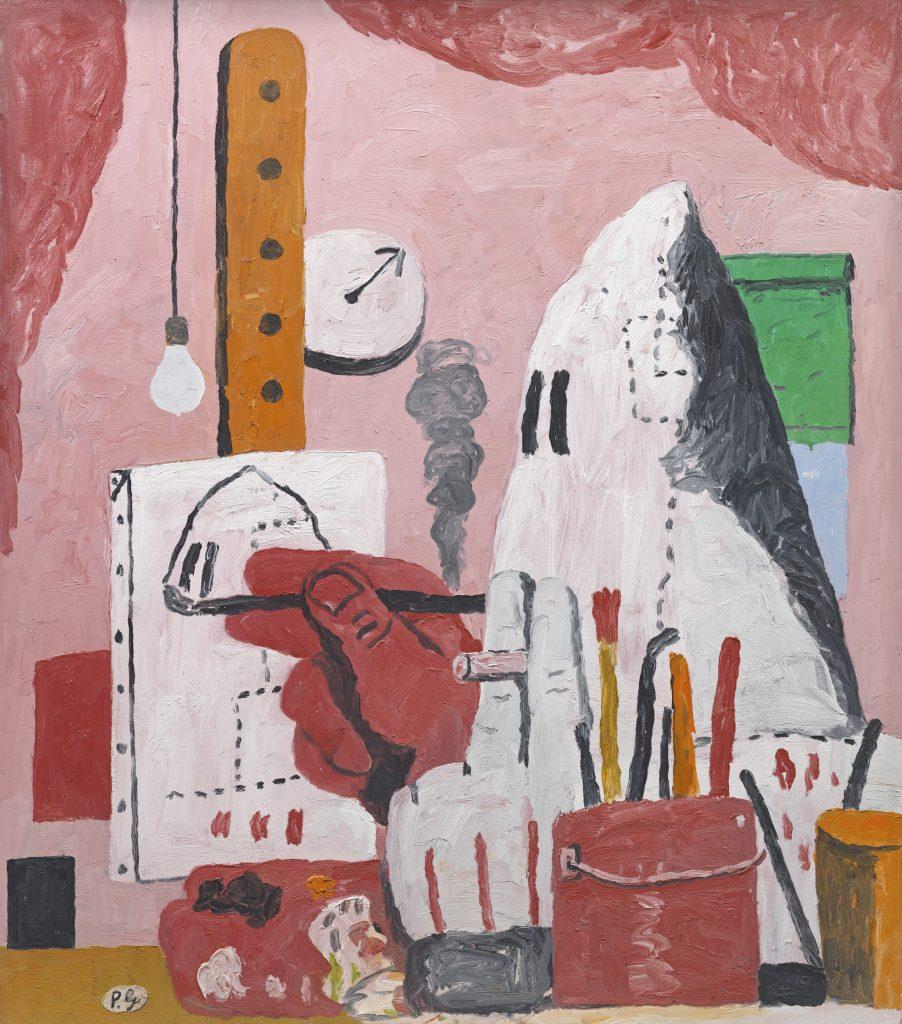 What is really at play here is whether museum directors, as arbiters of morality and taste, should be casting such judgements on the intentions of an artist and the assumed sensitivities of contemporary audiences. The issue is whether the museums involved displayed an appropriate degree of sensitivity—or, alternately, cowardice in the eyes of detractors who leveled charges of self-censorship at the host institutions. Let us unpack how we got here and whether those accusations are valid. A criticism leveled at the four venues is that they did not engage enough with local communities and were subsequently caught unawares when the sensitive material enflamed minority voices.

Kathy Halbreich, the executive director of the New York-based Robert Rauschenberg Foundation, gives a forthright analysis of why the museums involved were, she believes, startlingly short-sighted in their outreach and community engagement. “I’d love to have seen the missions that animated these museums prior to this debacle. I wonder if any even flirted with the fact that equity requires daily, holistic work,” she says. “The sad thing is that if an institutional mission does not acknowledge and include these sensitivities, the organization will likely react inappropriately at the last moment. Trust needs to be built over time along with a deeper understanding of bias and an informed way to speak about these things,” Halbreich comments.

Looming over this fallout is the basic malaise that America’s racism is deep, wide, and generations old, says the critic and scholar Robert Storr, who is scathing about what he sees as the lack of foresight involved in the decision. Guston was challenging white liberalism, Storr says, and was basically asserting that all white people can be Klansmen and that anybody in white society could be complicit with the crime of white supremacism. “You have to really dig deep and do some art history and some community outreach. Institutions can’t suddenly put black art everywhere to prove that they’re sympathetic when they’ve been unsympathetic for years,” he opines. 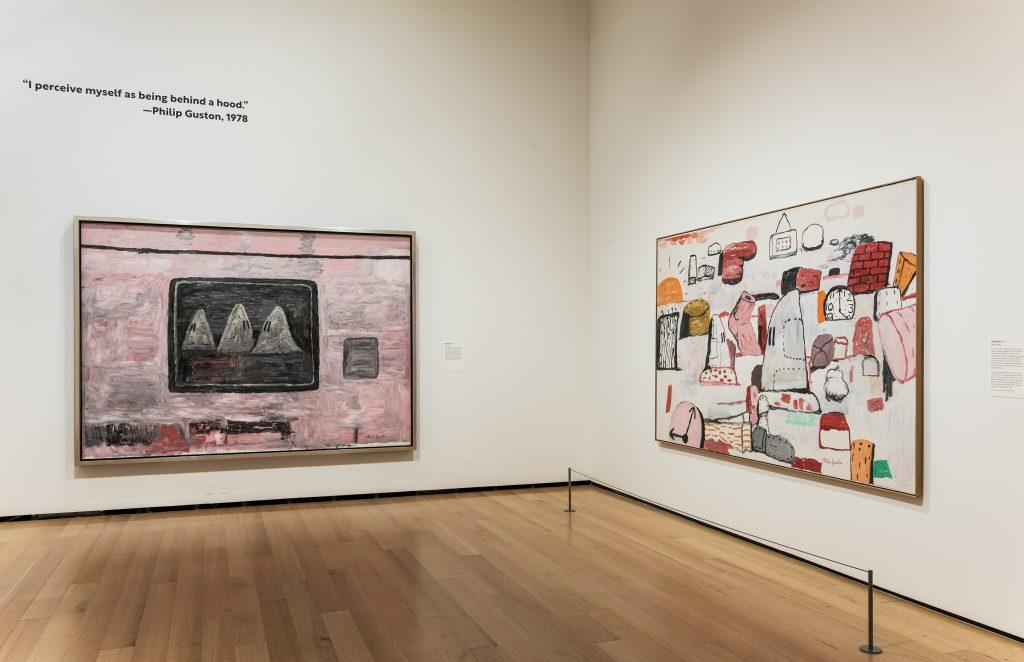 Kaywin Feldman, the director of the National Gallery of Art (NGA), Washington D.C., defends the Guston decision. She reiterates that her team is engaging with different communities to discuss how the gallery can explore Guston’s concerns about racism as well as the other issues his works examine, such as antisemitism, migration, poverty, and suicide. A cross-departmental team at the gallery has collaborated with the non-profit network International Coalition of Sites of Conscience to further community engagement. She says that the gallery has spent time deepening relationships with many of its front-line staff who have sometimes felt “marginalized and invisible in the past.” Change also begins at the top, she says. “I am pleased to note that since 2019 our board of trustees and leadership team have grown more diverse and reflective of the nation, at 40 percent and 60 percent Black, Indigenous people of color respectively.” The exhibition was delayed and never cancelled, she stresses, emphasizing that with the broader cultural conversations  about “being cancelled,” many conflated the decision to postpone with a cancellation when that was never the case. This is endorsed by Matthew  Teitelbaum, the director of the Museum of Fine Arts, Boston, who says that the project will be more thoughtful, specific, and nuanced after the delay. “Of the exhibition we heard ‘cancellation,’ which was never contemplated. We heard ‘censorship—I would argue the opposite. And we heard ‘lack of courage’—I would argue the opposite.” He turns the censorship argument around, articulating how the decision to delay can only be a good thing. “If cancel culture is expressed, theoretically, as an important tool of social justice, what could be more enlightened in response to such a strategy than presenting a more rounded version of an artist’s frame of reference? Truly engaging with an artist’s context and personal history, an expression of values?” But critics will be keen to see if the context “to interpret the powerful message of social and racial justice that is at the center of Philip Guston’s work”—as  the museums’ joint statement described it—[would] be the right one. J.S. Marcus has reported that the revised Boston show includes 73 paintings and 27 drawings while the NGA leg encompasses 250 Guston works. Of the original 15 Klans-related works planned for Boston, five were removed, though this decision was due to “space reasons,” says the MFA.

Meanwhile, none of the sponsors pulled out, says a spokeswoman for the NGA (these include the Carl and Ruth Shapiro Family Foundation and the Terra Foundation for American Art); another sponsor, the Ford Foundation in New York, vocalized support for the postponement. It is noteworthy that Darren Walker, the president of the Ford Foundation and Trustee of the NGA, was adamant that “the context in the U.S. has fundamentally, profoundly changed on issues of incendiary and toxic racial imagery in art.” Can museums afford to offend their sponsors? Museums are apt to self-censor, treading carefully around sensitive topics, says Maxwell Anderson, the former director of Dallas Museum of Art. “They are unlikely to pursue or obtain sponsors for exhibitions that may attract controversy. For the most part sponsors don’t directly influence institutional decisions but they do so indirectly by being effectively off-limits when it comes to potentially polarizing material or themes.”