Home News Seven People, Including a Man and His 74-Year-Old Mother, Are Found Guilty... 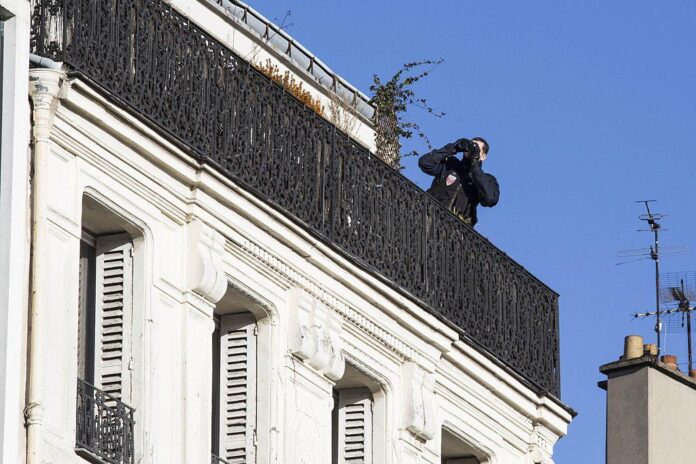 A Paris criminal court found seven people guilty of ties to the brazen theft of eight paintings, including two by French master Pierre Soulages, from a pensioner’s home two years ago. The sentences for those who participated in or benefitted from the heist vary from four-and-a-half years in prison to a suspended sentence, according to French daily Le Figaro.

The crime took place on the night of July 27, 2020, when the thieves entered an apartment in Paris’s upmarket seventh arrondissement on the Left Bank through an open window and climbed into the bedroom of its 75-year-old owner, who was fast asleep.

According to Le Figaro, the thieves had been tipped off about the valuable hoard by “the dealer of a big art gallery” and stole eight paintings, jewelry, and a bust of the victim’s late husband, worth a total of €2 million ($2 million). Besides the works by Soulages, who reportedly has a studio in the same building, the other paintings were by Gerhard Richter, Hans Hartung, André Lanskoy, and Jean Fautrier.

The thieves were arrested after being caught on public video surveillance cameras and thanks to witness statements from the neighbors, one of whom had taken a photo of the thieves. The two men confessed to the crime in police custody, leading to the prompt restitution of six of the paintings; the remaining two were seized during a police raid.

The sentences were more lenient than those requested from the public prosecutors during the trial in June.

A 35-year-old man named only as Tarik H. was handed down the heaviest sentence, of four-and-a-half years in prison, having been found guilty of robbery and criminal conspiracy. As he was absent from yesterday’s ruling, a warrant has been issued for his arrest. A 27-year-old man, also found guilty of theft, received a 20-month prison sentence.

Tarik H.’s 74-year-old mother was found guilty of receiving stolen goods and ordered to pay at least 12 months of an 18-month sentence of house arrest with an electronic tracking bracelet.

Meanwhile, Tarik H.’s former lawyer was handed down a five-month suspended prison sentence for having accepted one of the paintings as a gift. She told the court that she had committed this misdemeanor out of the panicky fear of her former client.