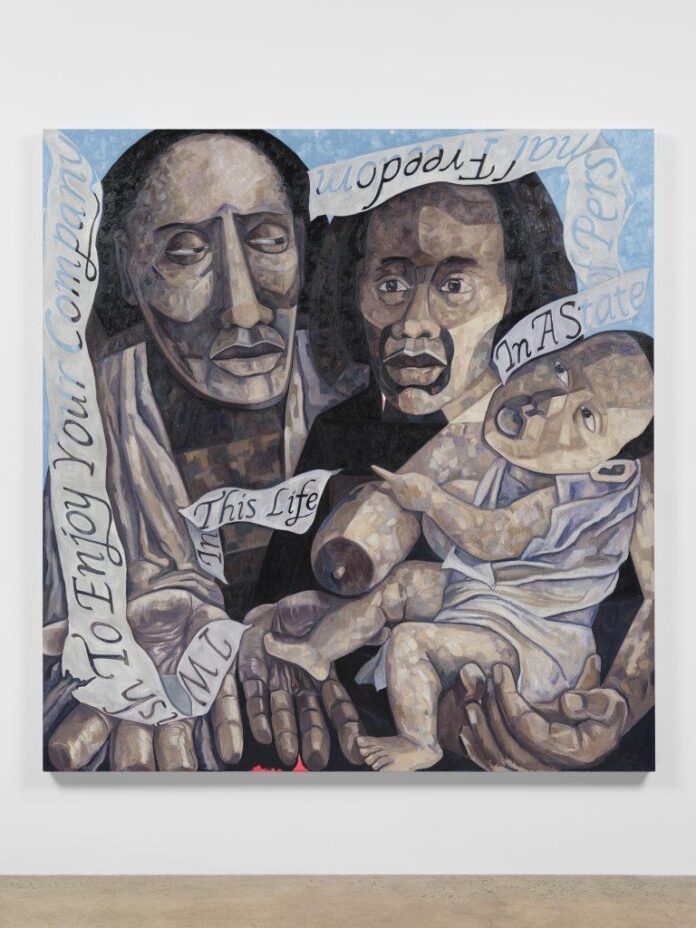 About the Artist: Through her practice, figurative painter Mequitta Ahuja (b. 1976) seeks to redefine the execution and understanding of self-portraiture. Engaging with both historical and contemporary modes of self-portraiture and drawing inspiration from a diverse range of artists—from Nicolas Poussin’s (1650) to the work of Kerry James Marshall—Ahuja’s self-portraits approach the genre as a form of picture-making instead of a straightforward interrogation of identity. Ultimately, her work questions the ways power, culture, women, and people of color have been and are being portrayed in the Western canon. Recently, two of her works were acquired for the permanent collections of the Whitney Museum of American Art and the Grand Rapids Art Museum: (2020) and (2020) respectively. In both works, Ahuja depicts herself holding up a likeness of her mother, creating a multilayered portrait that is deeply personal as well as touches on historical traditions of self-portraiture. 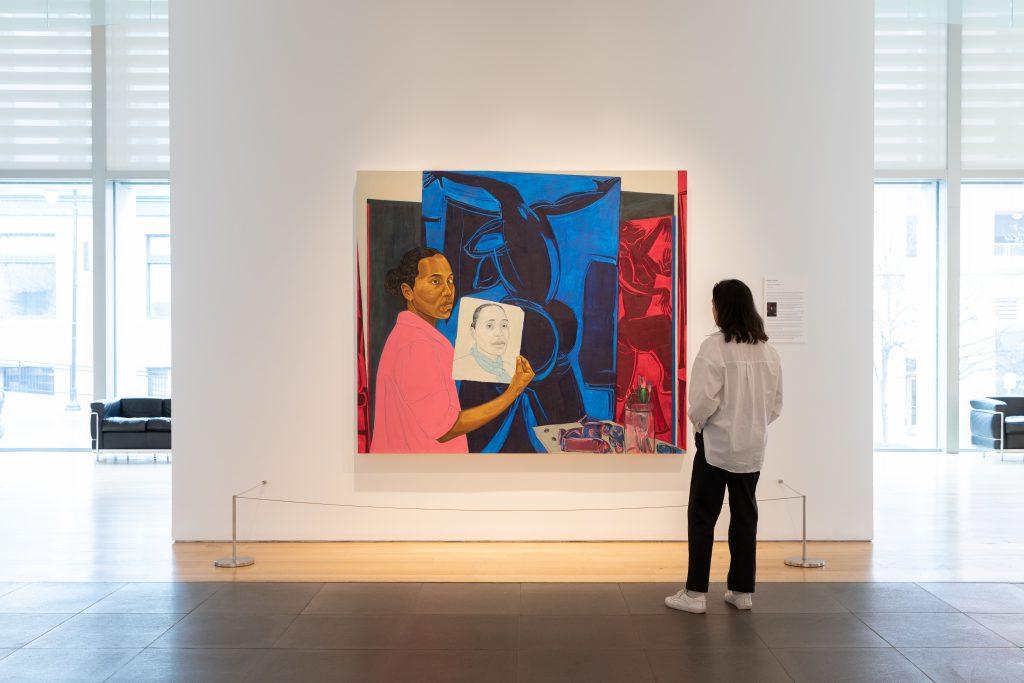 What You Need to Know: Opening today, Aicon Gallery in New York is presenting a solo exhibition of Ahuja’s recent paintings, “Black-word,” which will be on view through February 11, 2023. The focus of her second solo show with Aicon Gallery is on the theme of genealogy, both on a personal level for the artist as well as a broader thematic study of history, artistic tradition, and identity. The core elements of the paintings’ subject matter are based on research and writings begun by Ahuja’s late grandmother in the 1950s that look into her family’s story and history. The artist inherited a wealth of archival materials from her grandmother, including letters, government documents, and nearly 1,000 photographs. To create images of her 19th-century Black ancestors based on these resources, Ahuja taps traditional art historical compositional arrangements—such as the Madonna breastfeeding Baby Jesus and banderoles or long, ribbon-shaped scrolls—to illustrate the matrilineal story that is deeply personal yet widely relatable and recognizable.

Why We Like It: Ahuja’s ability to deftly synthesize the historic and traditional with the contemporary and personal allows for a great amount of complexity in both subject and style. This is highlighted in works such as (2022), which includes a footnote within the frame. The painting portrays one of Ahuja’s ancestors, Milly Morris, breastfeeding her child. The baby points up at their mother’s name emblazoned on a banderole, evoking the Madonna and Child motif found in Renaissance art. Another series of works, including (2022), mark a stylistic departure from the large-scale self-portraits for which Ahuja is most well-known. Here, the artist reproduces the handwriting and text from an 1838 letter written by David White, a white Quaker who, along with his cousin Aaron, helped relocate free people of color, including Milly, from the slave state of North Carolina to Indiana. The cacophony of color and letters visually expresses the emotional and narrative intricacies of both the moment in history as well the artist’s own familial history. 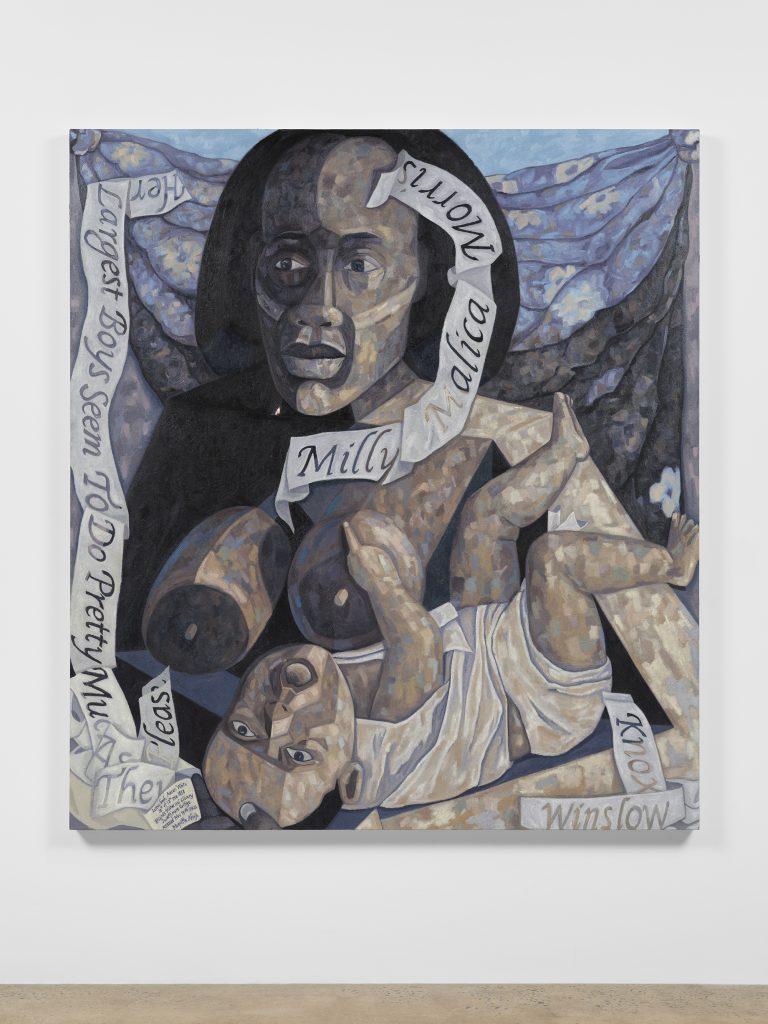 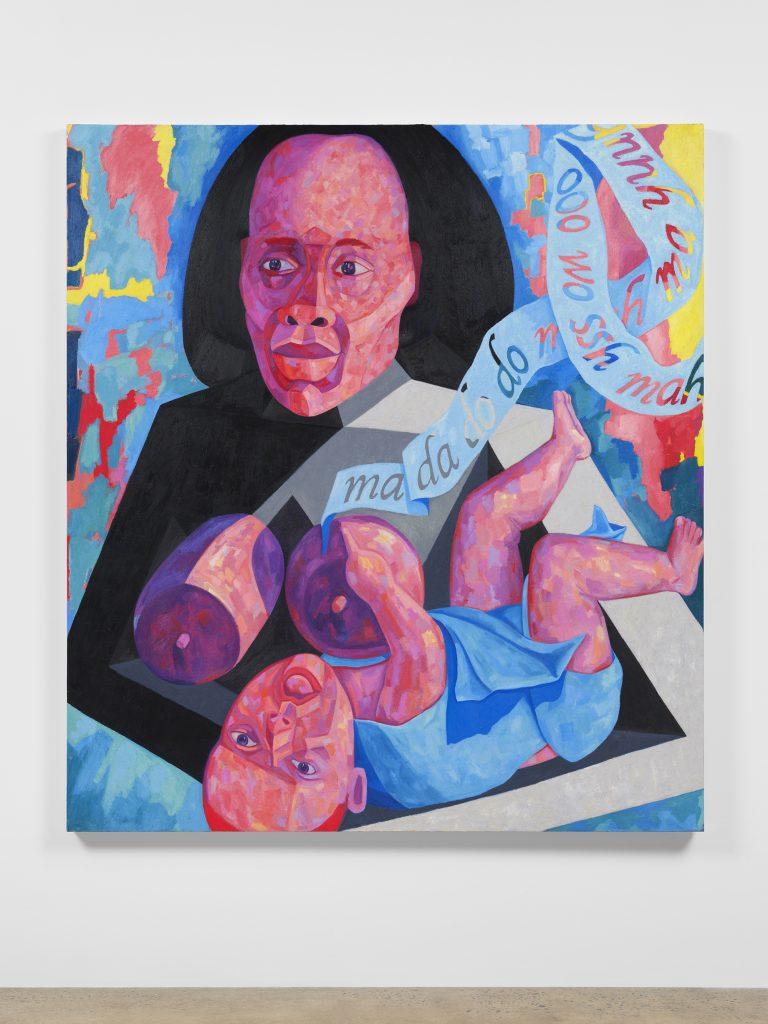 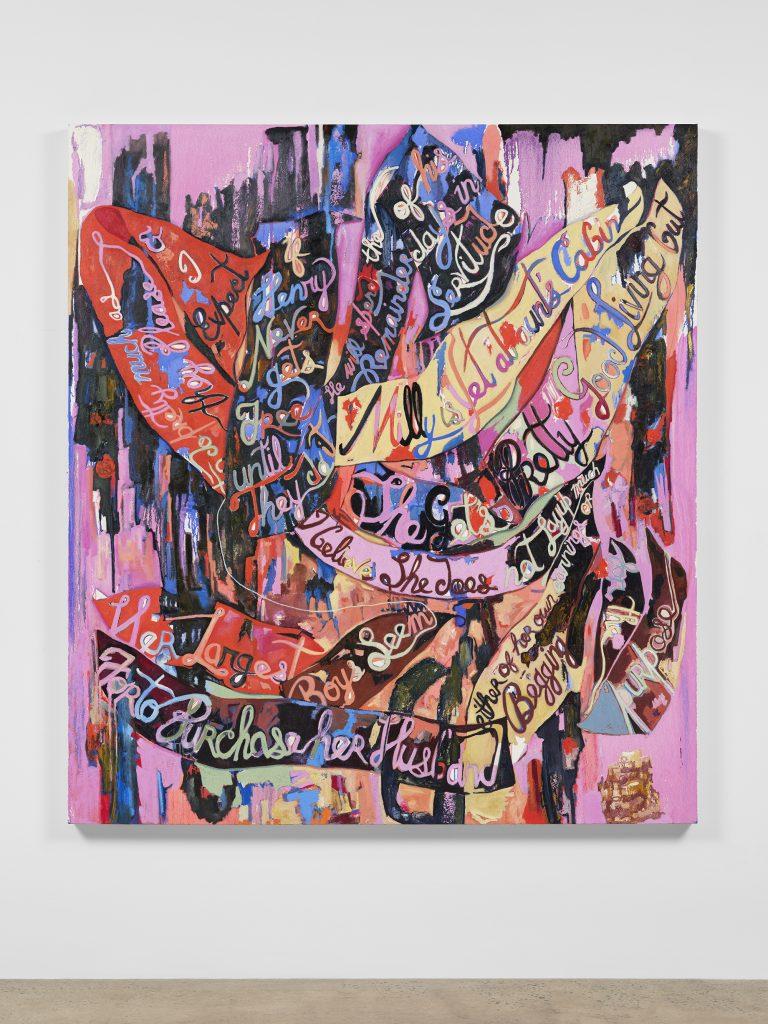 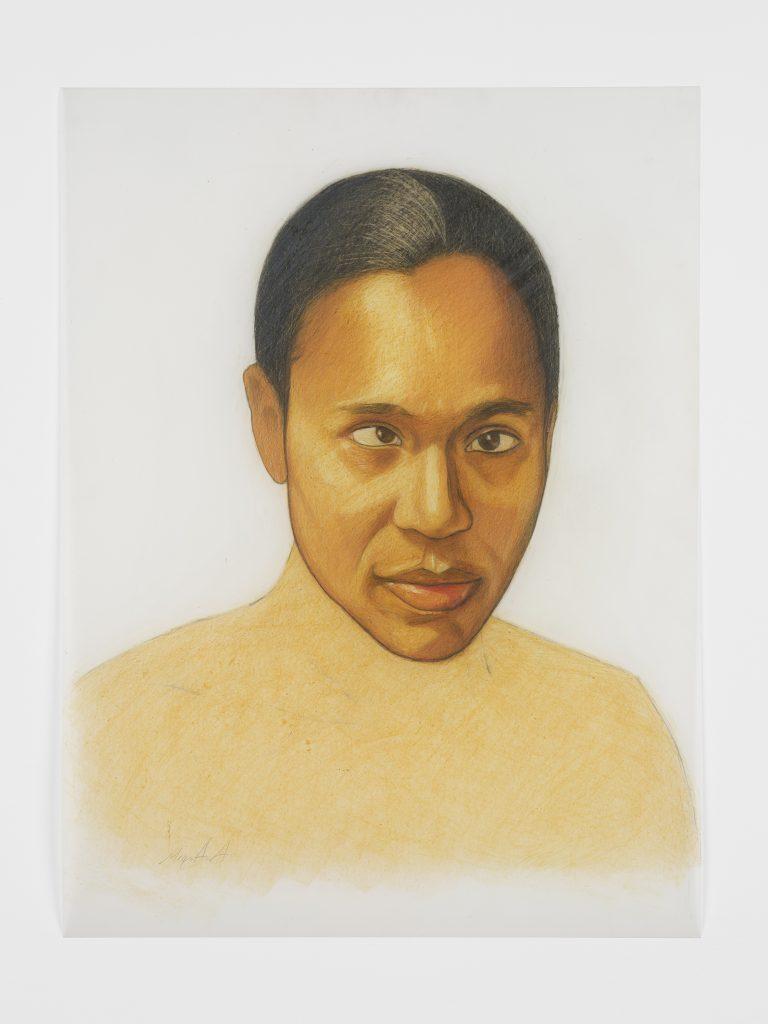