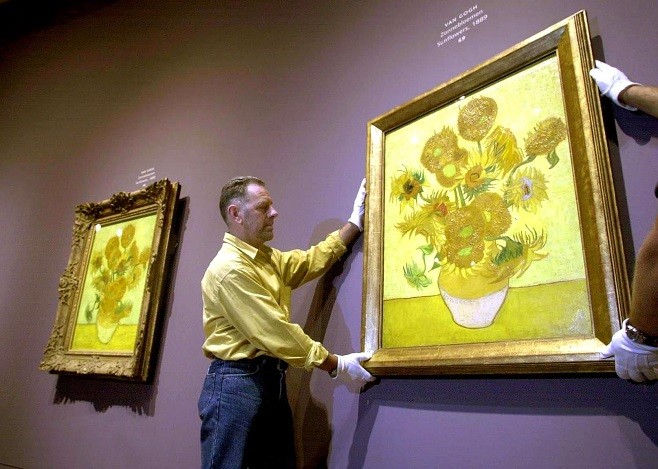 The light-sensitive paint used by artist Vincent van Gogh for the cycle of “Sunflowers” works to pass more accurate shades of yellow, gradually loses its saturation – such data showed X-ray. So far, the changes have not appeared externally, but over time, sunflowers on the canvas of the Dutch artist can become brown, say scientists.

The Van Gogh Museum in Amsterdam became the first to use macroscopic X-rays and techniques, known as chemical mapping, for a detailed study of the composition of colors and the precise location of the places in the picture that may fade. It turned out that for painting petals and stems of flowers, as well as yellowish back background, Van Gogh chose a paint containing chrome that darkens when in contact with light. However, the orange paint, which contains less sulfur content, retains its original tint.

“It’s hard to say when chemical processes become visible to the naked eye, it depends on many external factors,” Frederick Vanmereet of the University of Antwerp said. “We also managed to see that the artist used emerald green and red paint with lead in small areas of paintings, which in the future may become lighter.”

This discovery is the result of a two-year work of Dutch and Belgian specialists, commissioned by the Van Gogh Museum, which holds the largest collection of his works. Five years ago, it was decided to make lighting in the halls where the painter’s paintings were exhibited, more muted to reduce its negative impact on the masterpieces.