Home News The Hirshhorn Museum Has Selected the Architects for Its First Interior Overhaul... 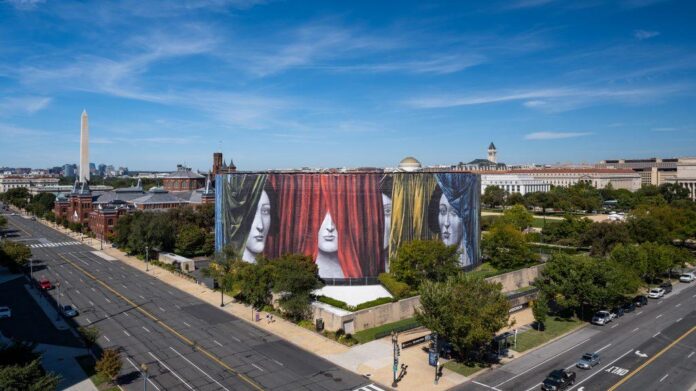 The Hirshhorn Museum in Washington, D.C. announced today that the joint team of Selldorf Architects and Chicago-based Skidmore, Owings & Merrill (SOM) have won a federal contract to lead the institution’s first interior and plaza overhaul since it opened on the National Mall in 1974. The choice, which came through an international competition, is somewhat fitting, since the Hirshhorn’s original architect, Gordon Bunshaft, was once partner at SOM.

“The revitalization of the Hirshhorn’s museum and plaza is mission-driven, responding to changes in art making since 1974 and accessibility standards, as well as increased museum attendance,” a spokeswoman for the museum said, regarding their decision to embark on this redesign now. “With the exception of the pandemic closure, attendance at the Hirshhorn since 2017 has grown 40%.”

“In addition to the changing needs and expansion of exhibition space,” the museum added in a statement, the architectural team “will address aging infrastructure, including fine art storage, vertical transportation and storm water management.”

According to the Hirshhorn, this architectural overhaul is the final pat of a three-phase upgrade to the entire campus, which started in 2021 with a full repair of the facade. The renovation will improve the museum’s thermal performance and environmental sustainability. During the repairs, the building was artfully covered by Nicolas Party’s mural work Draw the Curtain, which was deinstalled earlier this month. 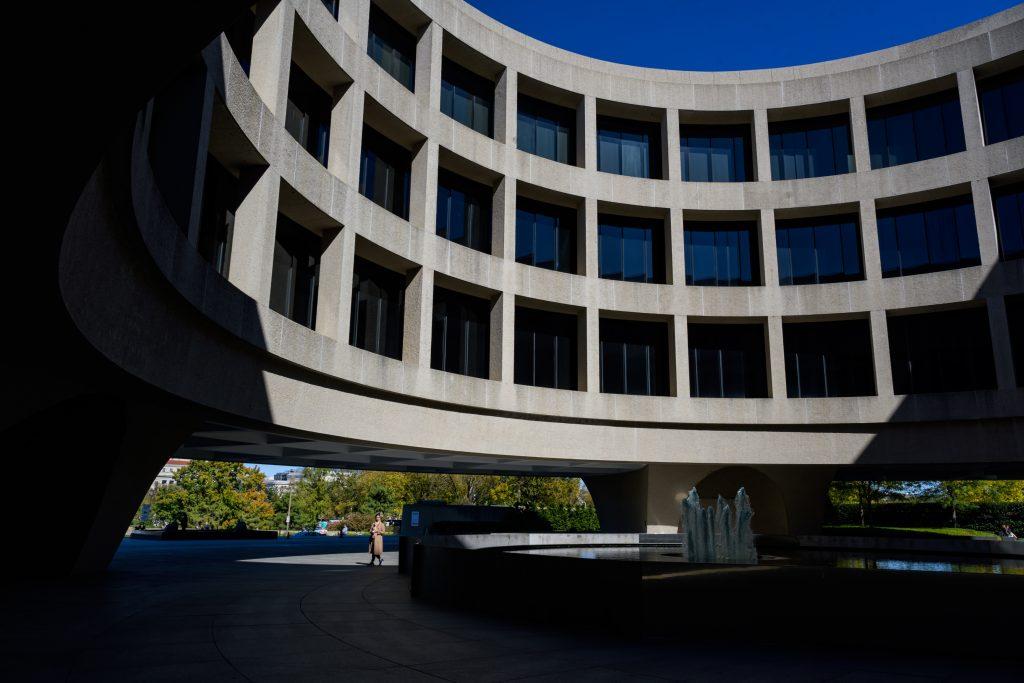 Hiroshi Sugimoto’s sometimes contentious renovations to the Hirshhorn’s sculpture garden will conclude phase two of the project, with a groundbreaking ceremony planned for November 16.

SOM and Selldorf haven’t released any public plans for the interior and plaza yet, but after submitting their designs for review to the Smithsonian, which oversees the Modern and contemporary museum, their proposals will face additional feedback through public forums. “Once approved, we will deinstall the museum and construction will begin,” a spokeswoman for the museum said, potentially by next spring.

Annabelle Seldorf emphasized accessibility as a driving goal of the new design, mentioning the prohibitive revolving doors currently found at the museum’s main Mall-facing entrance, in an interview with .

Hirshhorn director Melissa Chiu also cited that entrance’s importance, since it is many visitors’ “first encounter with the museum,” she told the . “For a majority of visitors, it is their first time to a Modern and contemporary art museum.”

The architects also plan to stay true to the Brutalist building’s distinct architectural style. Compared with a bomb shelter upon its opening, the Hirshhorn’s open-centered, circular shape has since become its calling card—and an asset to creative exhibition organization.

“We didn’t feel that we would be afraid of the building, but we felt like we could come and work to project it into the future,” SOM partner Chris Cooper told the, citing the Hirshhorn’s crisscrossing escalators, glass lobby, and sun-drenched galleries—all of which will be leveraged to increase visitors’ time in the museum.

“While some interventions will require spaces to close temporarily during construction, the Hirshhorn will program throughout,” the museum concluded in its statement.