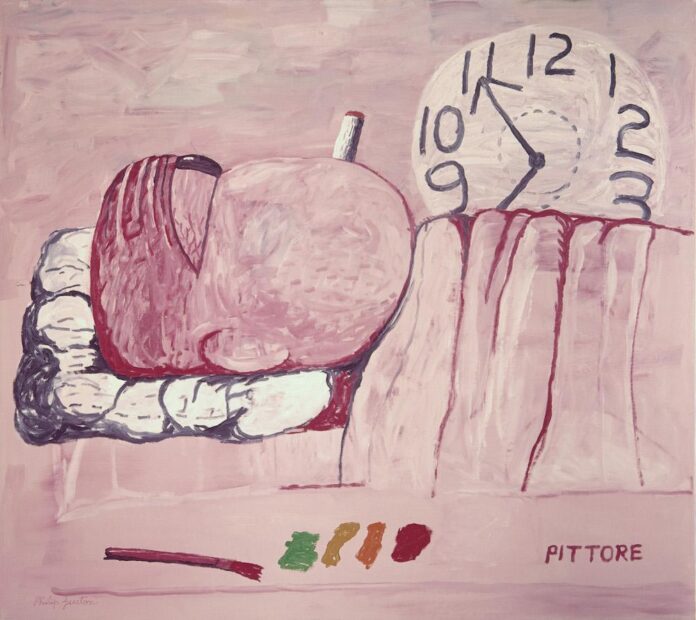 Musa Mayer, the daughter of the late artist Philip Guston (1913–80), has given her personal collection of her father’s work to the Metropolitan Museum of Art. The gift, which comprises 220 works and charts the full arc of Guston’s career, makes the New York museum the largest repository of the American artist’s creations.

In addition to the massive donation of artworks, Musa and her husband, Thomas Mayer, are also donating $10 million to establish The Philip Guston Endowment Fund to support initiatives to promote Guston’s legacy. These will range from projects related to the collection to advancing scholarship on the artist.

“Philip Guston is one of the most consequential artists of the 20th century, whose restless experimentalism has inspired generations of artists,” Max Hollein, the director of the Met, said in a statement.

The Met began acquiring Guston’s work during his lifetime, with its first purchase in 1950, followed by another in 1973. The museum was gifted a third piece in 1972. In 1983, the Met bought Guston’s  (1977), and acquired 12 paintings, drawings, and prints through gifts in the decades to come, including two bequests from Musa Guston, the artist’s wife.

“Through this gift, The Met becomes the leading center for the study of his oeuvre and its lasting impact. We are tremendously grateful to Musa for bestowing on us the great honor and responsibility of serving as the primary caretaker of her father’s legacy going forward,” said Hollein.

Mayer, who has written several books on her father and founded the Guston Foundation in 2013, has maintained this personal collection for over four decades. It has long been an important source for scholarship and exhibition loans, including for the retrospective “Philip Guston Now,” which finally debuted at the Museum of Fine Arts, Boston earlier this year after its controversial postponement. The exhibition is now on view at the Museum of Fine Arts, Houston through mid-January before traveling to the National Gallery of Art, Washington, D.C., in March, and Tate Modern in London in October 2023.

“That The Met—this amazing museum of world art—has agreed to prominently display and permanently house Philip Guston’s work in the city where he lived and worked is a deeply moving commitment to his legacy,” Musa Mayer said in a statement.

“My father was passionate about art and artists of the past. His influences spanned centuries. Yet his paintings resonate with artists working today. So, it’s immensely gratifying to know that his best works will find a permanent home in the company of the masters he so loved.”

Born Philip Goldstein in Montreal, Canada in 1913 to Russian Jewish parents who fled persecution in present-day Ukraine, Guston was widely regarded as one of the most influential artists of the 20th century. In May 2023, the Met is due to host a special showcase featuring a selection of works from Mayer’s gift. The show, organized by Kelly Baum, the museum’s curator of contemporary art, will explore the artist’s philosophical approach to painting.

A topsy-turvy world: five artworks that have been hung upside down by curators