Home News The Museum of Cycladic Art in Athens Kicks Off a Controversial Deal... 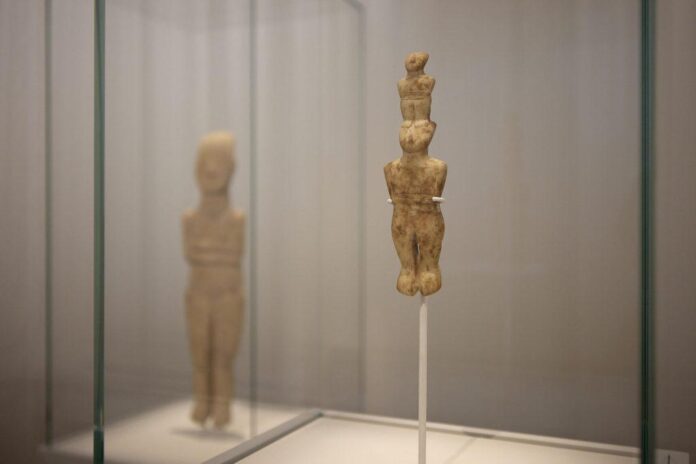 A selection of 15 pieces from billionaire Leonard Stern’s personal collection of 161 marble figurines and vessels, all hailing from Greece’s Early Bronze Age (3200 BC to 2000 BC), has gone on view at the Museum of Cycladic Art in Athens in the exhibition “Homecoming.”

On view through October 31, 2023, the show is part of a unique deal approved by the Greek parliament in September to share the display of Stern’s collection between the Athens museum and the Metropolitan Museum of Art, where the entire collection will be shown starting January 2024, on long-term loan from the Greek government for 10 years.

The agreement is part of Greece’s ardent efforts to repatriate its cultural heritage. The New York Times reviewed the deal’s terms, which state: “Greek Patrimony Law provides that the Greek State is the sole owner of the Collection.” The government also approved the Hellenic Ancient Culture Institute, a Delaware-based nonprofit whose governance is predominantly appointed by the private Cycladic Museum of Art, to possess the collection. 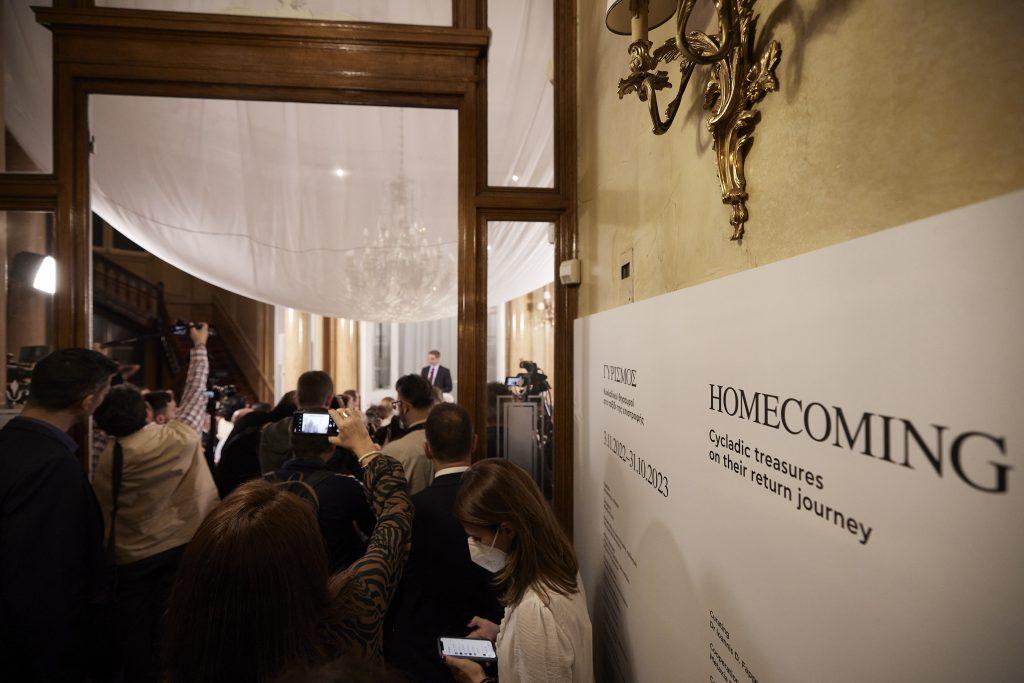 Crowds at the opening night of “Homecoming” at the Museum of Cycladic Art in Athens. Photo: Dimitris Papamitsos / Greek Prime Minister’s Office.

To celebrate the opening of the Athens show, the Met also announced that they’ve signed a Memorandum of Understanding with the Ministry of Culture and Sport of the Hellenic Republic, and the Museum of Cycladic Art to “exchange expertise in the study and conservation of Cycladic works and share findings with the scholarly community through both an international symposium and an online database.”

“Cultural property issues are at the forefront of museum conversations,” the Met’s communications director Ken Weine told Artnet News. “We believe this is an exciting model that may be a path for other collectors and museums to follow.”

In the Met’s statement, Stern—who was born in New York City and inherited his family’s pet supple business, Hartz Mountain Corporation, expanding it to include major real estate holdings—said he fell in love with Cycladic art at age 14, after seeing it at the Met. He amassed his collection over 40 years.

Cycladic art, which inspired the likes of Picasso and Brancusi, is rare to come by. “We are delighted to be able to play a role in an arrangement that will thrill and educate visitors and scholars,” the Met’s director Max Hollein said in a statement. “We all benefit from the public display of art.”

To compliment the deal, Stern donated an undisclosed sum to endow an archive room at the Met’s Library for Hellenic and Roman Art, a new role to oversee that archive’s care and facilitate scholarly visits, and a fund for programming that includes fellowships for Greek scholars to study the collection. The archive room and new position will both bear Stern’s name. 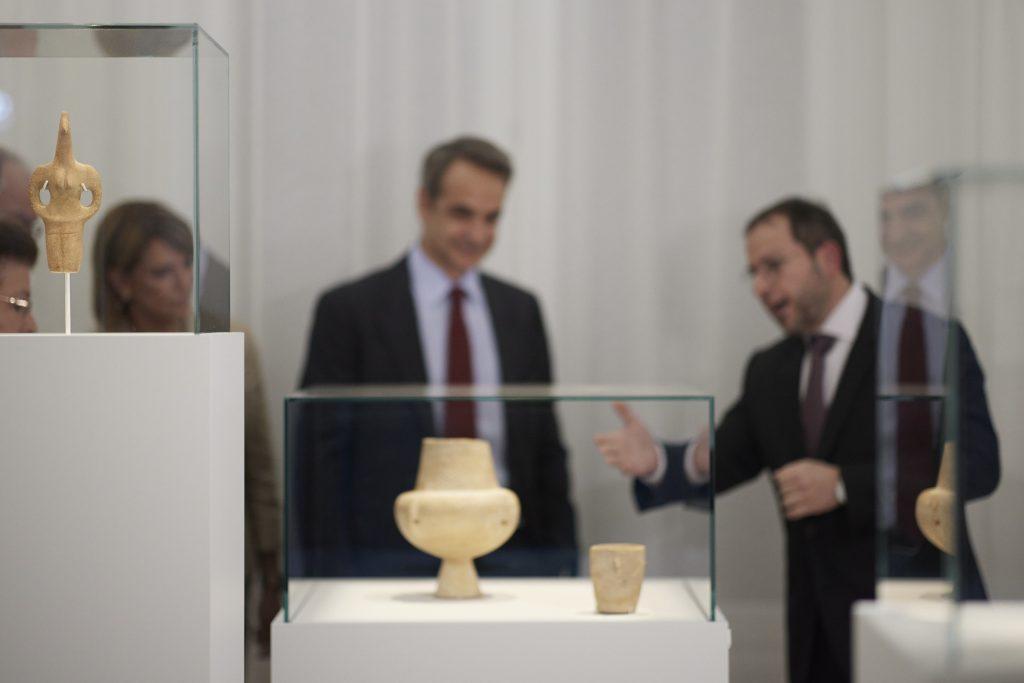 Not everyone is happy with the deal, though. Reuters reported that five unions of archaeologists, conservators, and ministry employees have called it “a scandal.”

In a statement, they said: “These objects have not been checked legally as to whether they are authentic or fake, nor how they got from the Cyclades to the collection of a multimillionaire in New York.”

And despite a statement from Greek culture minister Lina Meridoni that there’s no evidence the pieces in Stern’s collection were acquired through illicit means, protestors held a white banner reading “they’re stolen” outside the Athens museum during the exhibition’s opening, according to Reuters.

“It is benefiting institutions that have no right to be involved at all,” Christos Tsirogiannis, associate professor at the Museum of Ancient Cultures at University of Aarhus in Denmark, told the New York Post. “The biggest scandal is that this is being accepted by the Greek state.”