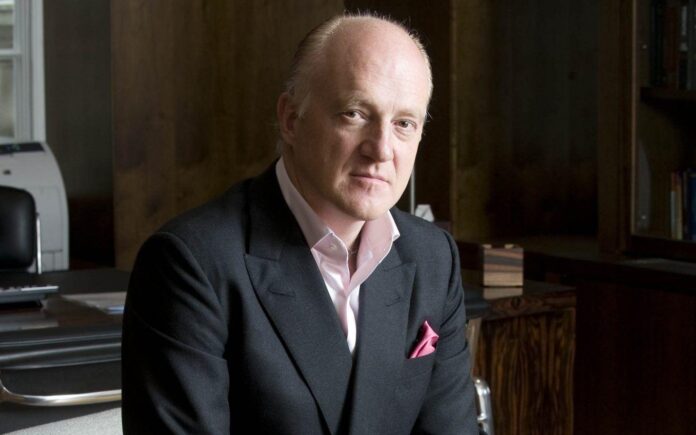 Earlier this month, a UK businessman with ties to a sanctioned Russian oligarch was arrested by US authorities for allegedly attempting to move artwork owned by the oligarch out of the US through deception.

The three-count criminal indictment charging the agent for conspiring to violate and evade US sanctions, wire fraud and violating the International Emergency Economic Powers Act also seeks Graham Bonham-Carter’s extradition to the US. The Brit appeared before Westminster Magistrates Court earlier this month and was released on conditional bail.

The indictment further alleges he transmitted payments for the upkeep of three residential US properties owned by Oleg Vladimirovich Deripaska, including a storied townhouse in New York’s Greenwich Village, of more than one million dollars in “illicit transactions.”

Though the New York auction house where the work was purchased and details of the artwork have not been revealed, the indictment alleges that Bonham-Carter (a second cousin of actress Helena Bonham-Carter) attempted to unlawfully transfer artwork purchased by Deripaska in New York to London through misrepresentations that concealed the oligarch’s ownership of the artwork.

Back in May 2021, when advised by the unnamed auction house that it had reason to believe that the artwork belonged to Deripaska, the agent stated it did not and said that the $12,146 he paid for the work to be shipped to London didn’t belong to the oligarch.

The indictment alleges that Bonham-Carter knew Deripaska had purchased the artwork, that it remained his property and funds used to pay for shipping would be billed to Deripaska.

Auction houses remain on high alert given the ever increasing reach of the US’s Office of Foreign Assets Control (OFAC). “Sotheby’s conducts business in strict compliance with all applicable laws and regulations, including global sanctions, which we are absolutely rigorous about following, and monitor closely for any updates to the lists,” the auction house says in a statement when queried about sanctions. “Checking our clients against sanctions lists is just one step in a comprehensive series of checks undertaken by Sotheby’s to ensure the company achieves the highest possible global standard.”

It is understood that Sotheby’s, akin to arch-rival Christies, has a team in place to oversee financial crime compliance controls and scrutinises transactions to determine if clients are agents or principals, especially in regard to Russia.

The investigation that led to the indictment of Bonham-Carter was spearheaded through the US Justice Department’s Task force, KleptoCapture, an interagency law enforcement entity tasked with enforcing the sweeping sanctions, export controls and economic countermeasures that were imposed in response to Russia’s invasion of the Ukraine, according to a statement released by the Department of Justice’s Office of Public Affairs.

The counts against the 62 year-old Bonham-Carter, who couldn’t be reached for comment nor any attorney representing him, carry a maximum sentence of 20 years in prison. (In 2018 Deripaska was named by OFAC as a Specially Designated National and subsequently charged with violating US sanctions in an indictment unsealed in late September.)

The potential impact of the indictments do not bode well for certain players in the international art market, once a safe place where super-wealthy Russians contributed handsomely to the strength of it.

“The US Treasury Department’s OFAC is ramping up its sanctioning,” says Georges Lederman, a white-collar defense attorney with Withersworldwide, with a specialty in handling matters involving money laundering, tax evasion and asset forfeiture. “It’s gone beyond just the principals who were sanctioned like the Russian oligarchs and now are going after their enablers.”

The attorney also notes that there’s pending legislation in the US Senate called the Enablers Act, “which is geared towards cracking down on lawyers, accountants, and others who enable people like this to either launder funds or evade sanctions”.

So, will the high-profile arrest of Bonham-Carter impact the art market?

“I don’t think anybody wants to deal with someone who’s sanctioned,” Lederman says. “So it’s only those individuals who knowingly are violating or assisting those who have been sanctioned which gives rise to criminal exposure.”

“Things have changed fairly radically,” says the London dealer James Butterwick, who specialises in Ukrainian art. “There was always a second market for dealers like me in Moscow and St. Petersburg and that’s all gone. I was very lucky because all of my Russian dealer friends have gone underground. It also had a great effect on things here.”

In fact, after the Russian invasion in February, Butterwick who formerly branded his dealership as specialising in Russian and Ukrainian art, dropped the word Russian from his website.

Want To Decorate Your Home With Art? Here’s How