Home News ‘It’s Not a Dying Art Form, Only a Changing One’: Marina Abramović... 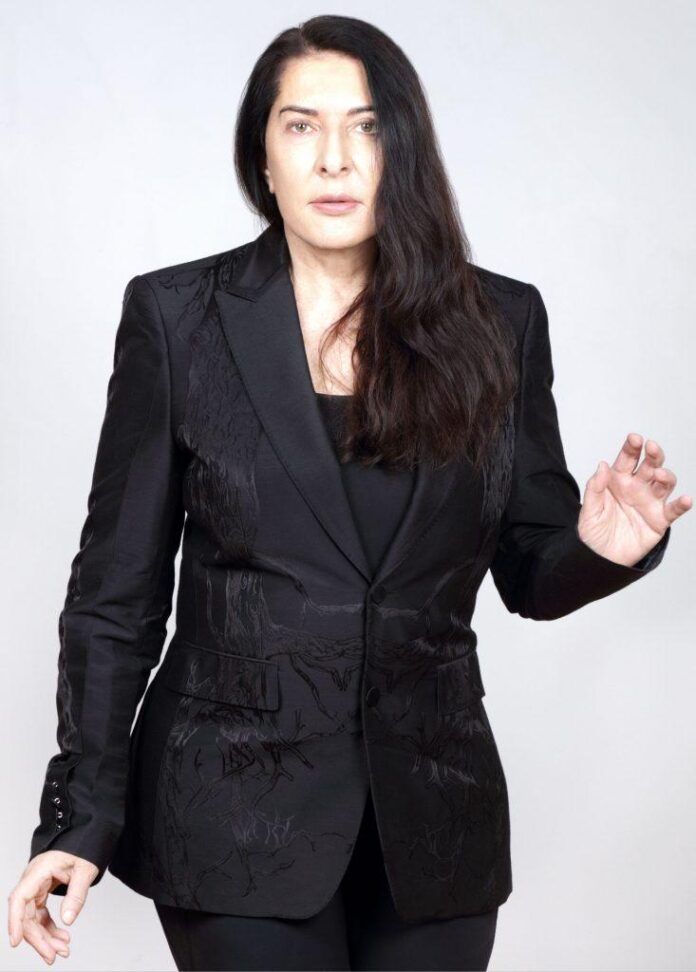 Opera is a very old form of art. It has been developed throughout the centuries. It has its own language and rules and a very particular and enthusiastic public. But now we are in the 21st century, and it’s time to change the rules and dismantle the structure and blow some fresh air into opera. In this way, we can succeed in creating a complete work of art.

In 2018 in Antwerp, I developed the concept and stage design for Claude Debussy’s . It was the first time I had worked in opera and was a very inspiring moment for me. I worked on a ballet based on Ravel’s 15-minute suite  together with the choreographers Sidi Larbi Cherkaoui and Damien Jalet. Compared to Debussy’s opera, the work has a rigid form and is consequently much
more difficult to penetrate. Debussy left a lot of space open for interpretation in his opera, which is essential for visual artists because this space leaves them room and freedom of imagination.

For , my décor involved the use of large crystals; these, together with the video by Marco Brambilla, brought out the metaphysical aspect of the drama and made the invisible power of music more visible. We don’t know from where Mélisande comes; Golaud discovers her in the forest. Could she be an alien from another planet? The crystals could also be interpreted as the spaceships that brought her to us. Is she human? Is her love true? Does she die for love? All these questions are directed toward
the public, and they need to find their own answers. 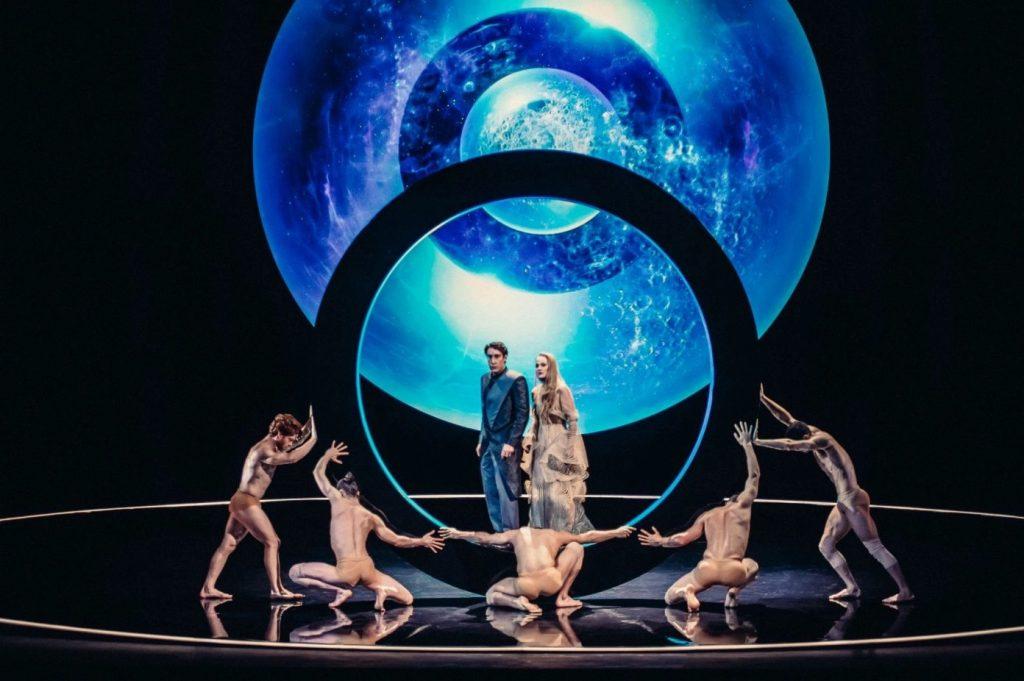 I’ve been thinking about this romantic idea of dying for love for a long time, and I’m a very romantic person. I almost died for love years ago. The experience was so painful and so totally absorbed my soul that I don’t think I could do it again. I’m happy that I survived because now I can make this work , which has been my secret dream for more than thirty years.

Maria Callas has been my lifelong hero, and there is a real physical resemblance between us. For s, I needed to find singers for seven signature roles of the great Greek soprano: Tosca, Violetta, Cio-Cio San, Carmen, Lucia, Desdemona, and Norma. Of course, I had help from the Bayerische Staatsoper in choosing them. I wasn’t looking just for the voice but also for the energy and the type of women I needed for each role. In one case, I needed a strong and Viking-like woman, another needed to be passionate and Spanish, another delicate and Japanese. In each of these characters, the one common feature is that they are all dying for love. The singer has to believe and understand what she is doing in each of her roles—totally and absolutely.

Carson McCullers said: “I am so immersed in my characters that their motives are my own. When I write about a thief, I become one; when I write about Captain Penderton, I become a homosexual man. I become the characters I write about, and I bless the Latin poet Terence who said: ‘Nothing human is alien to me.’”
This is a very similar approach to the one I take. You have to be in character; otherwise, the public will feel it and lose interest. 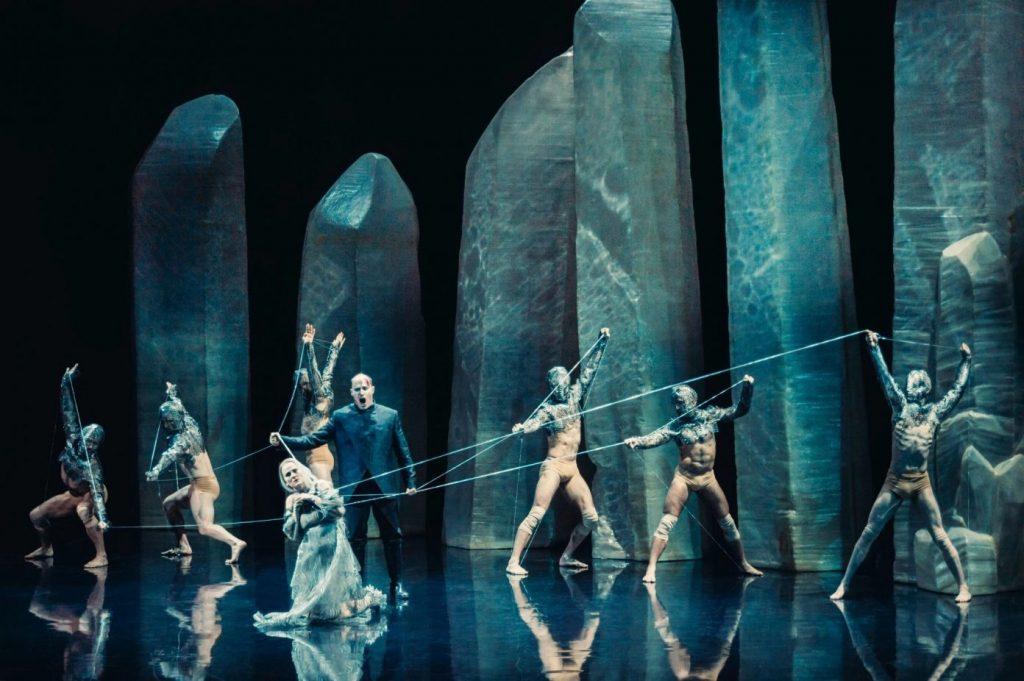 Once, I received an excellent lesson from Bob Wilson: he said that when you stand on stage, you have to be there in the present; if you are already thinking about your next move, you will lose concentration. The next move always has to come with the body and the mind simultaneously—effortlessly.

At the beginning of my performance career, I didn’t think that a transformative experience was possible through theater or opera, but only through the type of long-durational performance art I was exploring. With the performance of Rhythm 10 at the Museo d’Arte Contemporanea in Rome in 1973 and listening afterward to the wild applause from the audience, I knew I had succeeded in creating an unprecedented unity of time—present and past through random errors. I experienced absolute freedom. I felt that my body was without boundaries, limitless, that pain didn’t matter, that nothing mattered at all. I would never have thought that this could be possible in theater or opera, but after working with Bob Wilson and Willem Dafoe, and with choreographers Damien Jalet and Sidi Larbi Cherkaoui, and now on my opera project with Willem again, I’ve changed my mind. You can go so deep into a performance that you become one with the character and create a charismatic state of unity with the public.

Now that I’m in my seventies, the idea that this is the last part of my life is very present. The question of how much time do you really have and how you translate what you have done in your life for future generations becomes more and more urgent. Regarding the future of opera and what it can offer to the younger generation, if you’d asked me this question twenty years ago, I would have answered that opera is a dying form of art. But if you ask me now, I would say that opera has a lot of potential and that a future generation of artists will undoubtedly offer new solutions. I don’t know if it will be called opera in the future or have a new name. Only time will tell. But it’s not a dying art form, only a changing art form.

The Last Days of the Opera