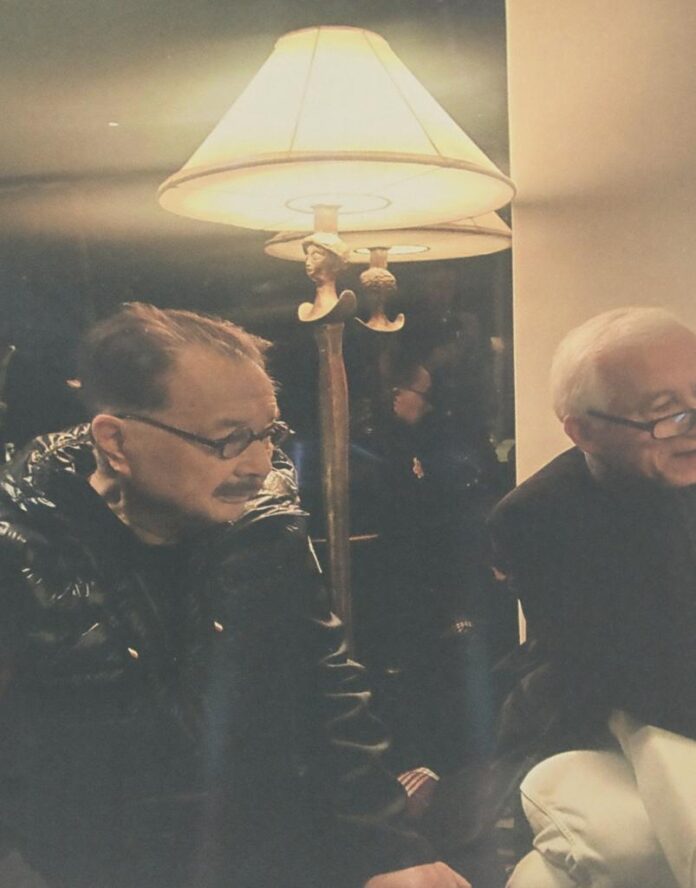 If you’re like me, you probably know him by his restaurant’s name: Mr. Chow. I wasn’t even aware of it, but the man behind one of the art world’s favorite joints is quite the talented painter!

Chow says he actually began his career as a painter, but took a 50-year “sabbatical” to launch what would eventually become Larry Gagosian’s restaurant of choice. He’s back in action painting now, and has a new show up at London’s Waddington Custot. Let’s see how the week of his opening went… 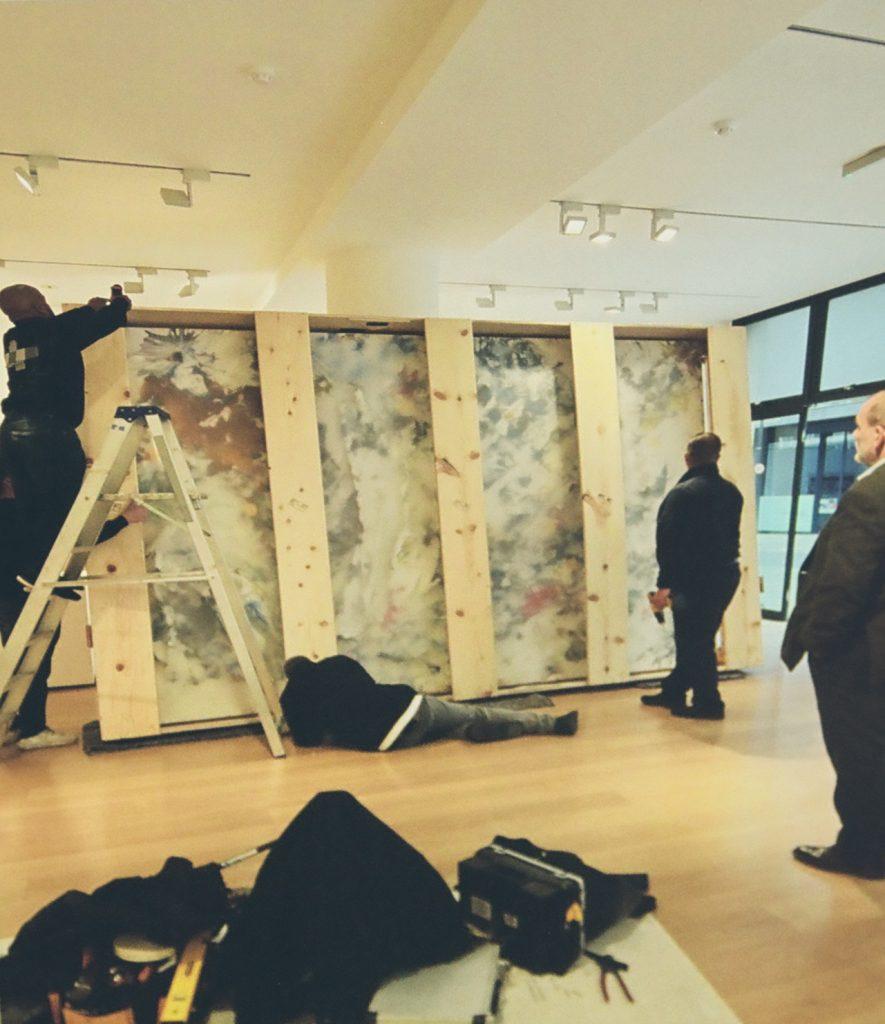 Install day! I’ve just flown in from L.A., the paintings have been on an epic two-month voyage by land and sea to get here. Too big to fit on a plane, even if we wanted them too. We only had a quarter of an inch to spare in the containers. 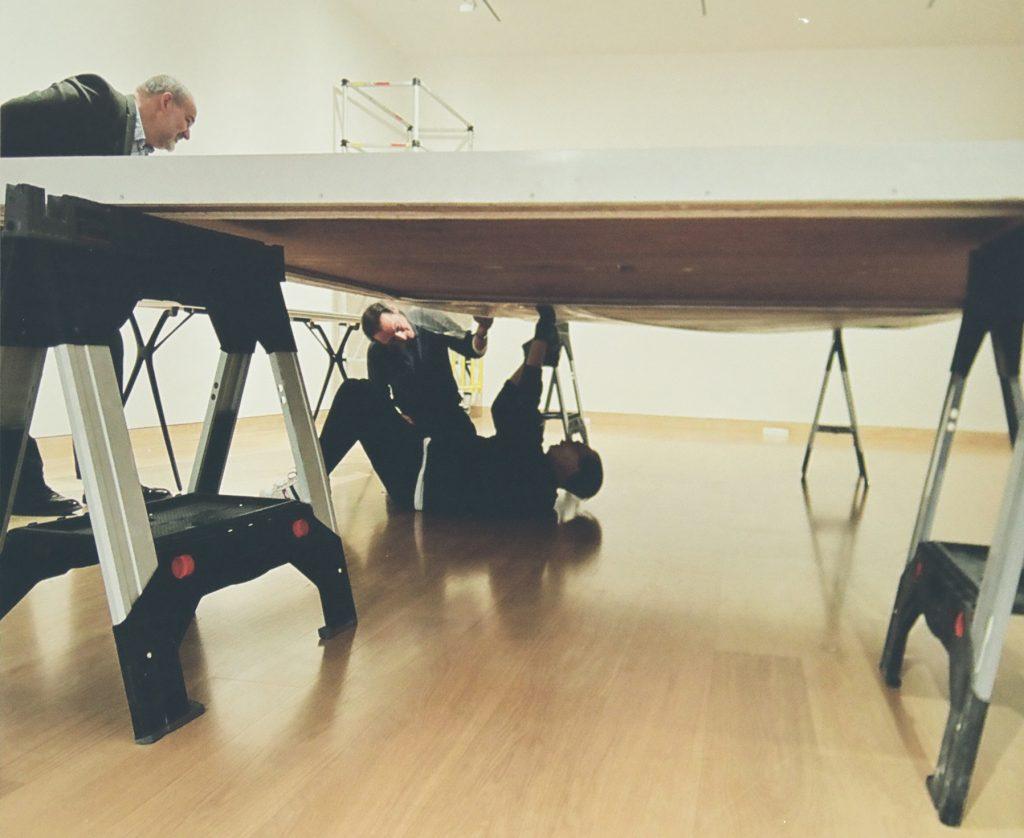 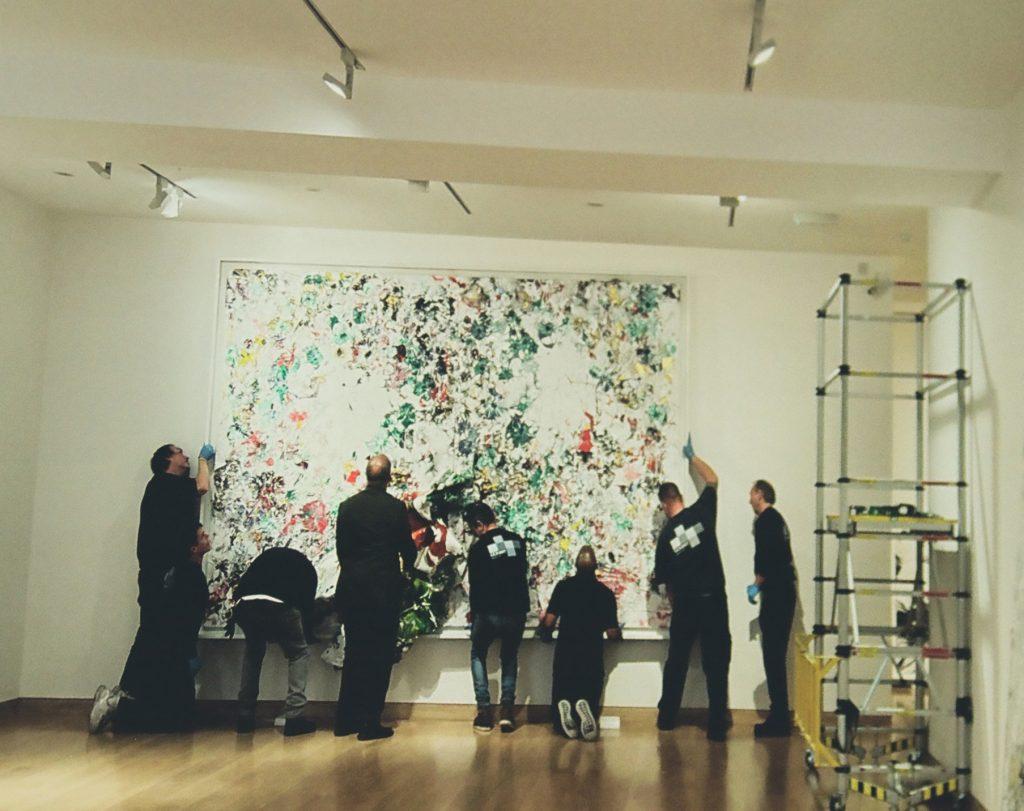 They seem fine. Let’s get them on the wall! 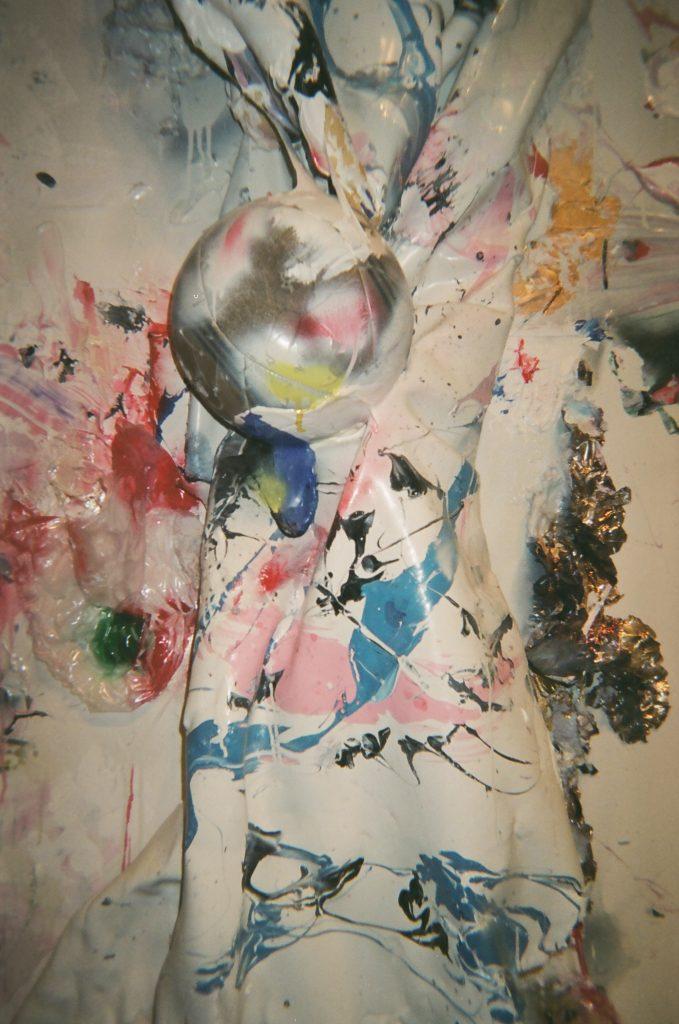 My practice is very accumulative and once I have perfected a technique it joins my artistic vocabulary forever. I don’t leave anything behind. I start with folded sheets of acrylic household paint, a process I started in 1962. Six decades later and I’m pouring several gallons of acrylic household paint into a pool and leaving it to harden before folding and bunching it onto the canvas. Then I add sterling silver, burnt plastic, my “flowers” of acrylic paint, and found objects. My assistants were kicking this football around in the studio and now it’s part of the work. Sorry guys. 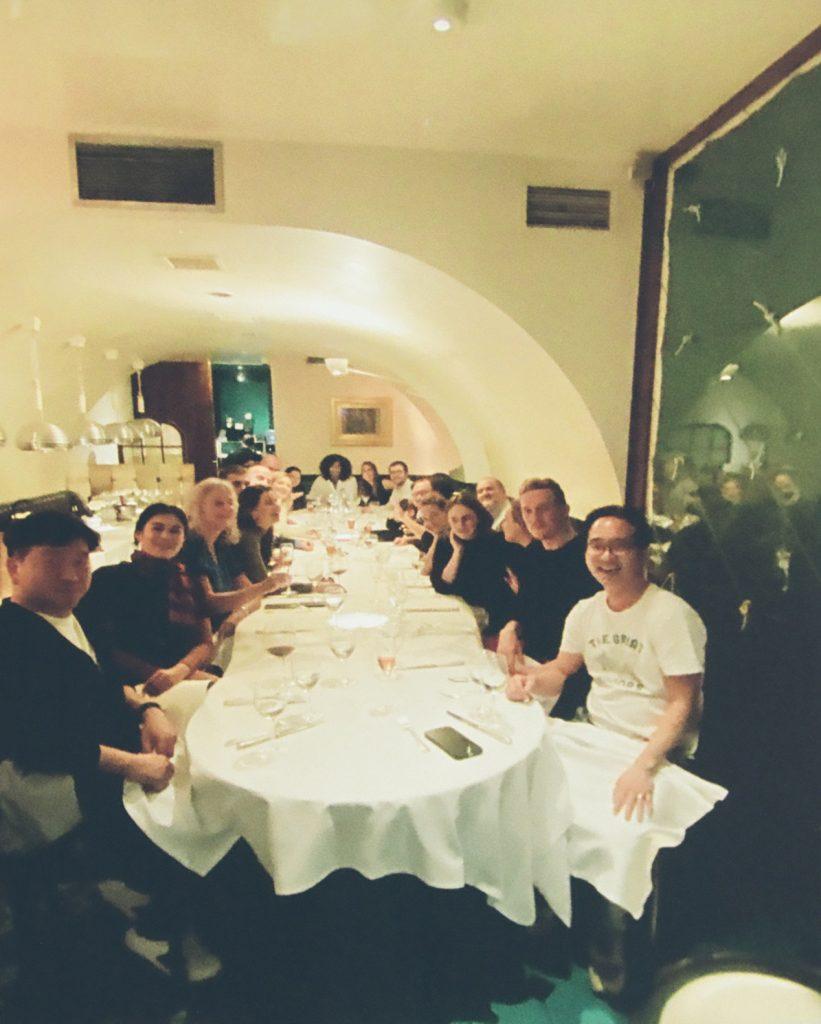 I wanted to give the team a big dinner to say thank you for all their hard work with the install. Obviously at Mr. Chow. Plus, it’s Louise’s birthday. She did an amazing job putting together the catalogue. 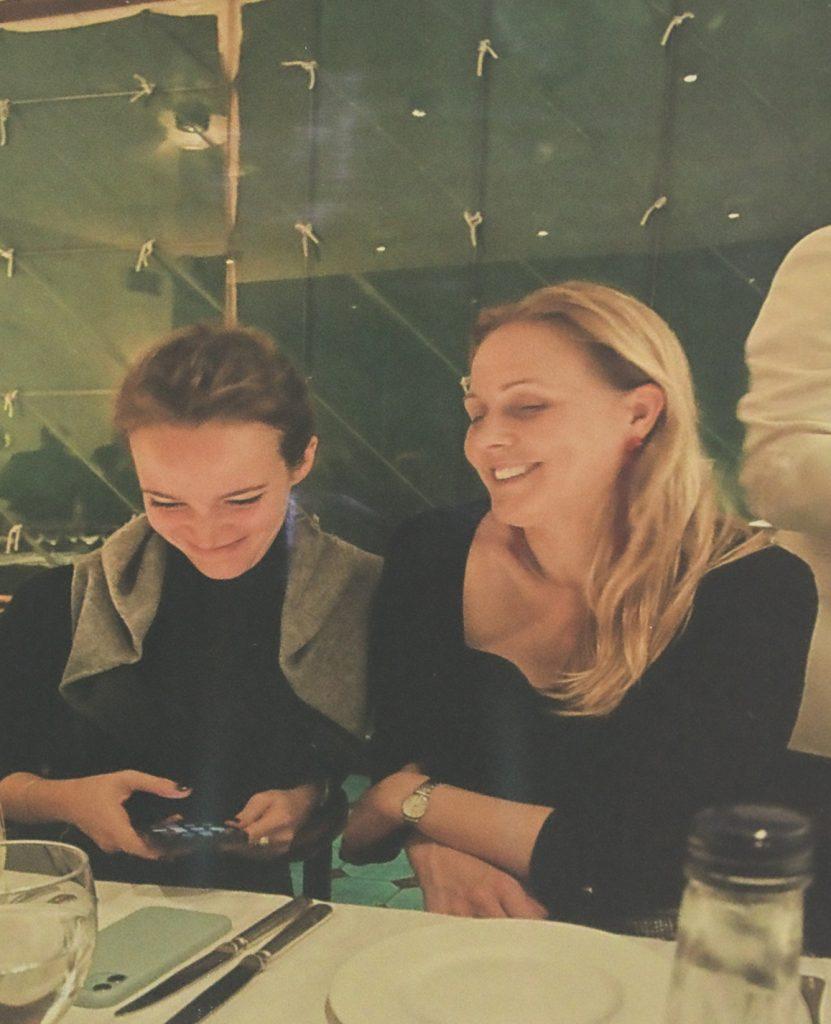 Birthday girl on the right, along with my right-hand woman Anna Borisova who does for me art-wise. 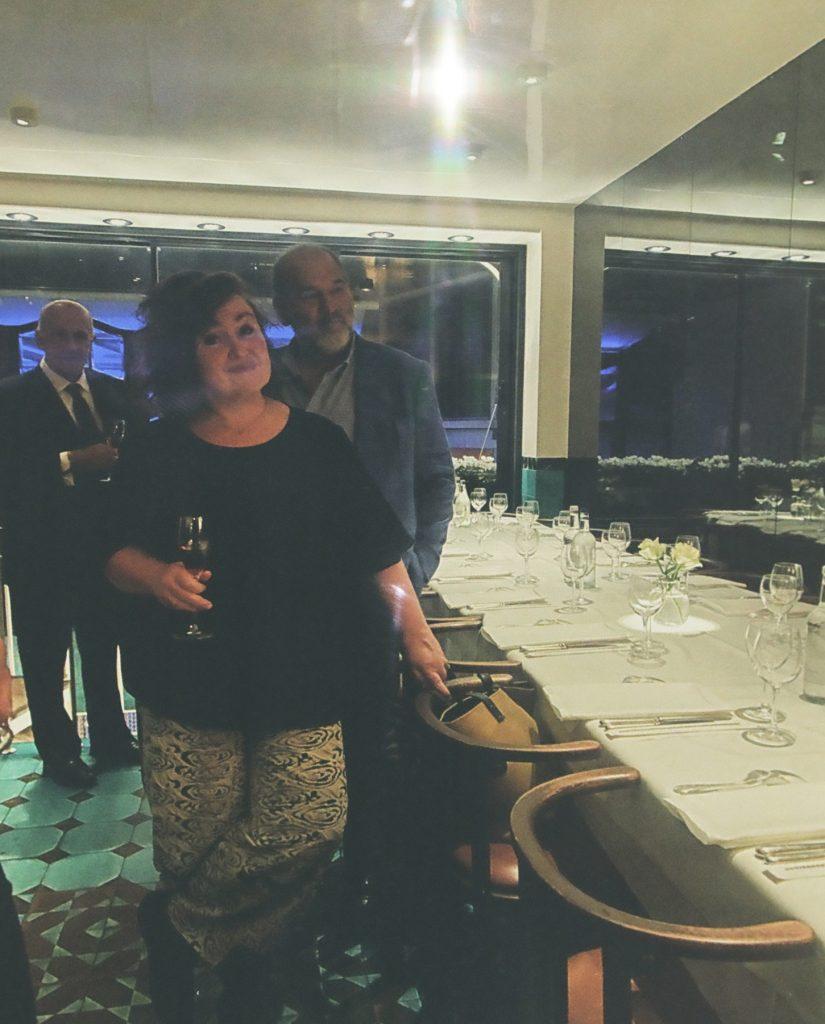 My gallerist Jake Twyford and his wife Sally. It’s Jake that put this whole show together and it’s because of him that it looks so great. People are going to love it. 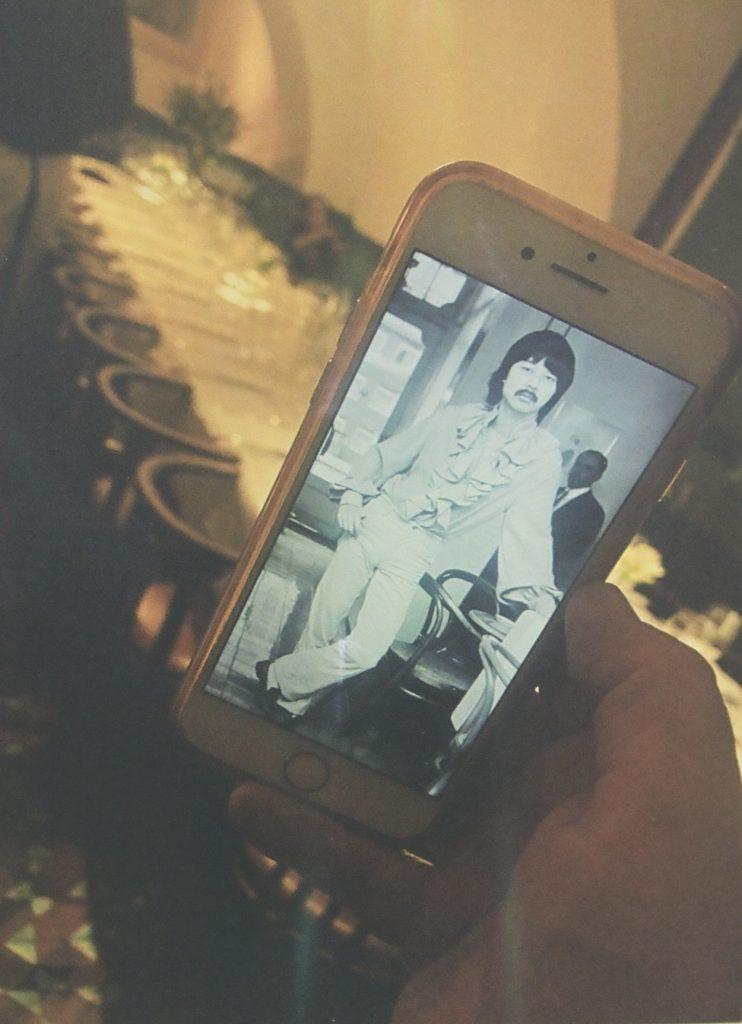 Back in the same spot in the ’60s. I’ve always had the best style, haha. I’d been working as a painter for 10 years by this point, when the restaurant took off in the way that it did I took a temporary sabbatical from painting which turned into a 50-year break. 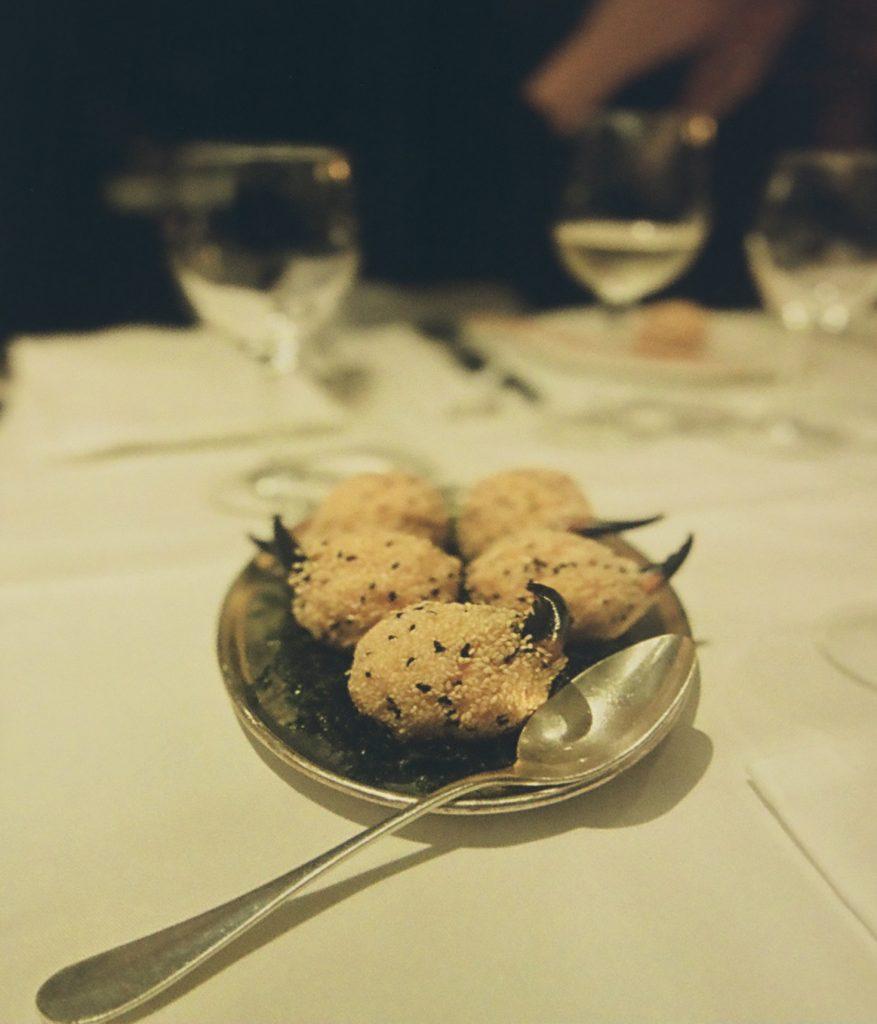 Life experience is part of the journey. I’ve distilled all my experiences of life into my art, like a powerful essence. I believe the longer the sabbatical the more attainable the expression. 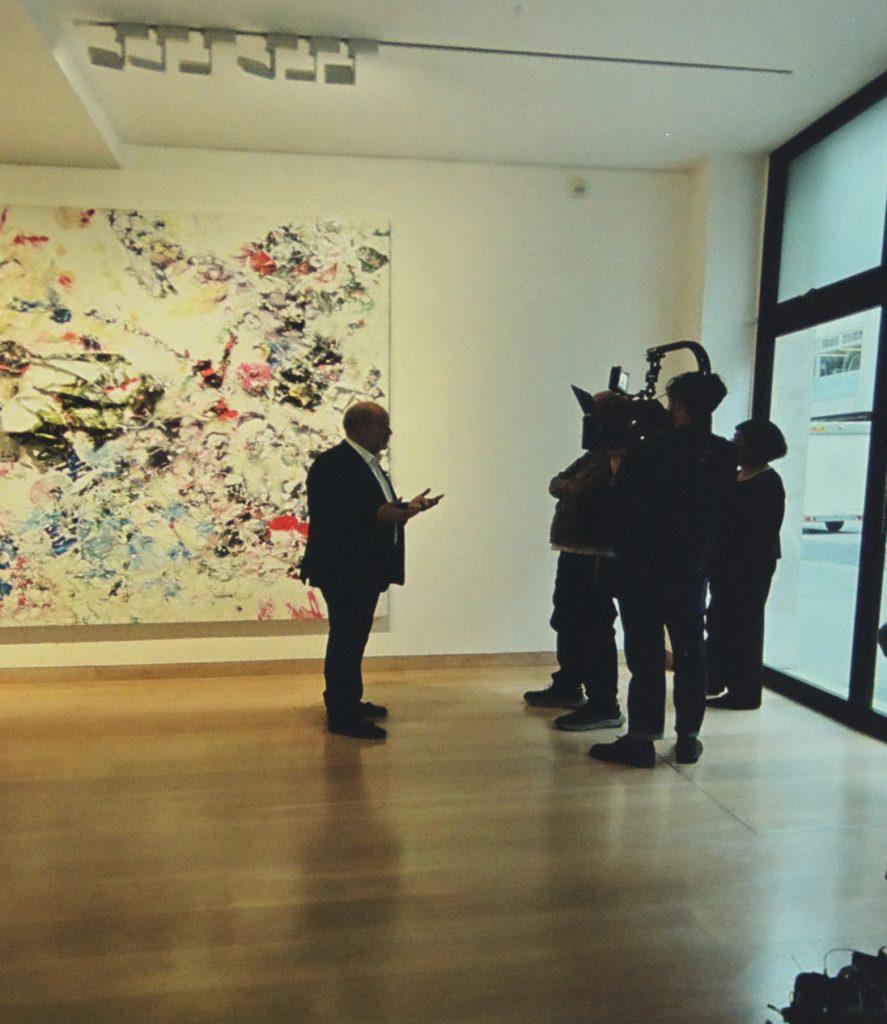 Back in the gallery today. A network is filming a documentary about my life and wanted to get some shots of the work and interview Jake about my paintings. 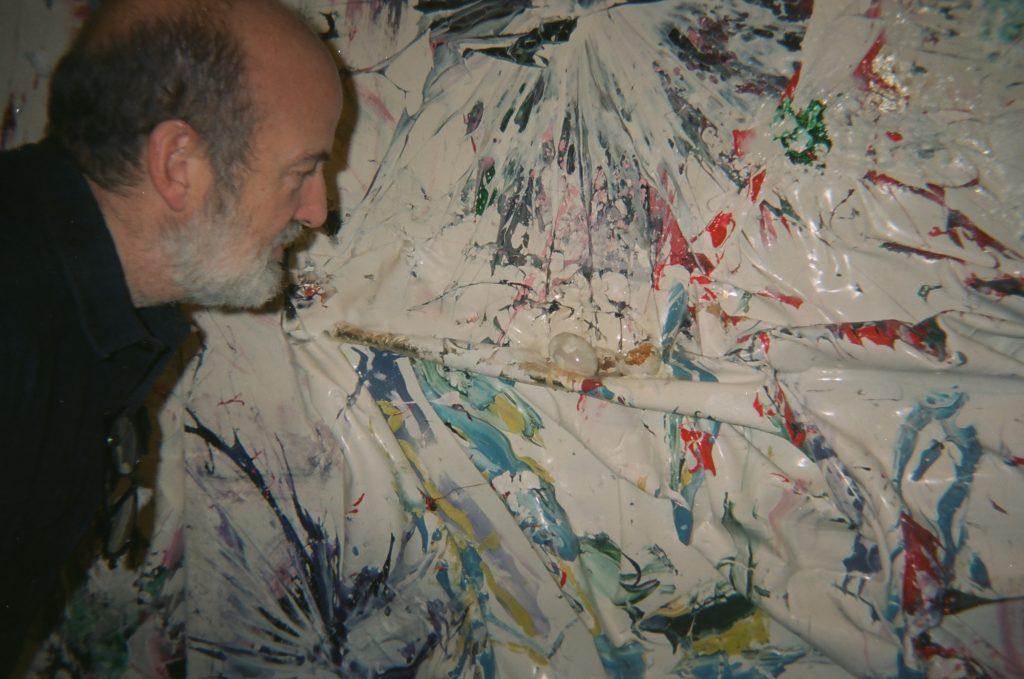 The documentary director Nick Hooker. Eggs appear in a lot of my work and I’m interested in them in an art-historical context—egg tempera, etc. I’m using them in a more interesting way though. 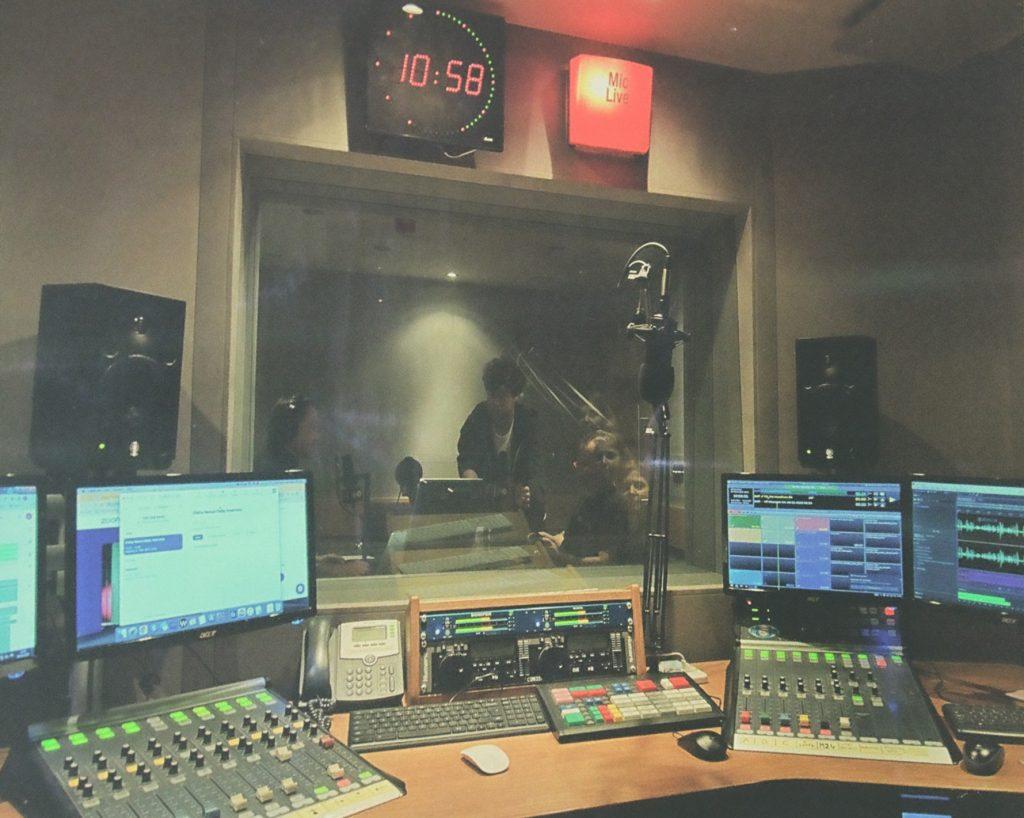 Now off to do a couple of interviews… 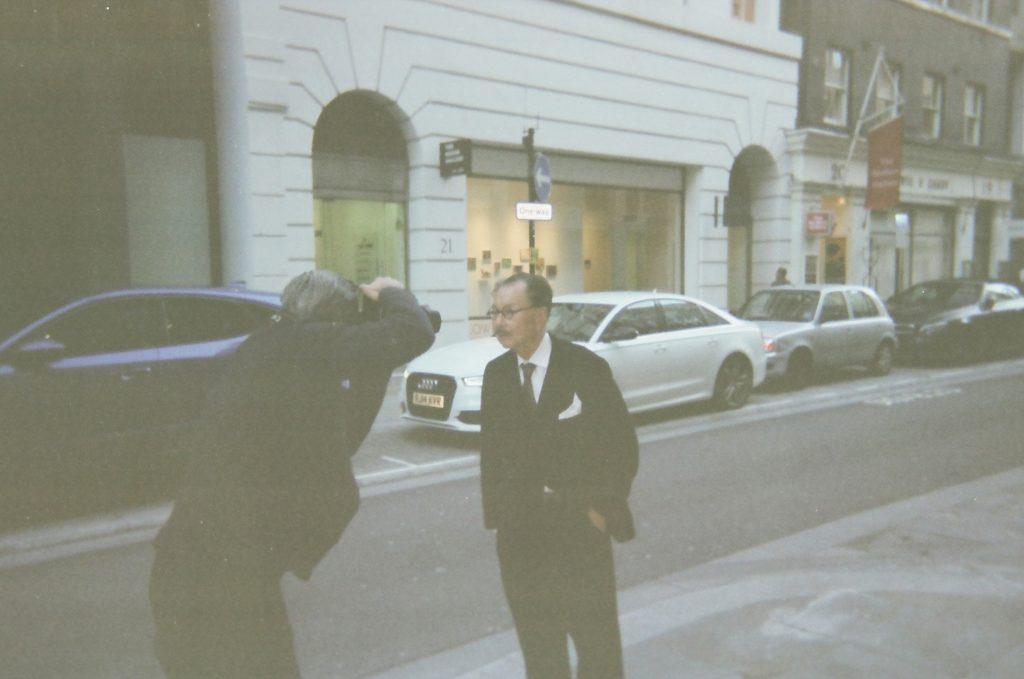 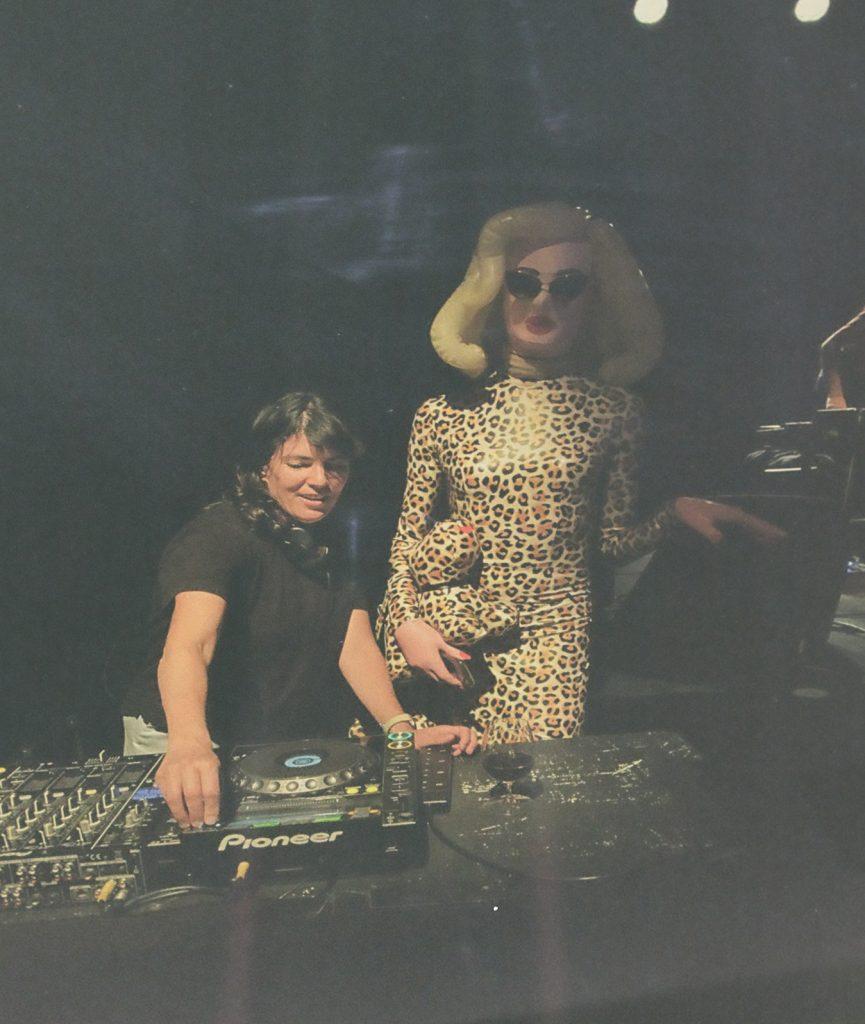 I wish I’d taken more pictures of the opening party, but that’s what happens when you are having too much fun! Still, here is a picture of Pandemonia with the DJ, Nadia Ksaiba. I’m always interested in high/low culture. At my parties I want rich collectors and the man off the street, celebrities mixing with students. That is where the magic happens. 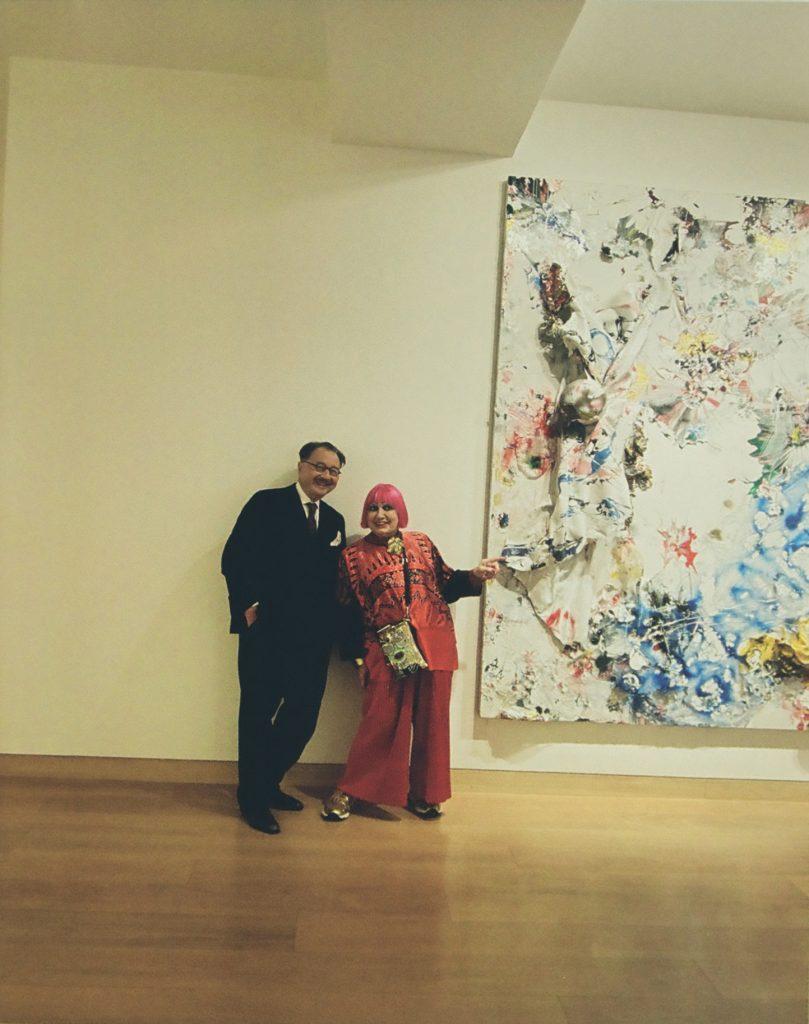 Zandra Rhodes and I have known each other since we were both so young in London and it’s great to catch up. She reminded me today that she once smuggled a portable radio into Shanghai in the ’70s for me to give to my brother risking the wrath of the communist party authorities. 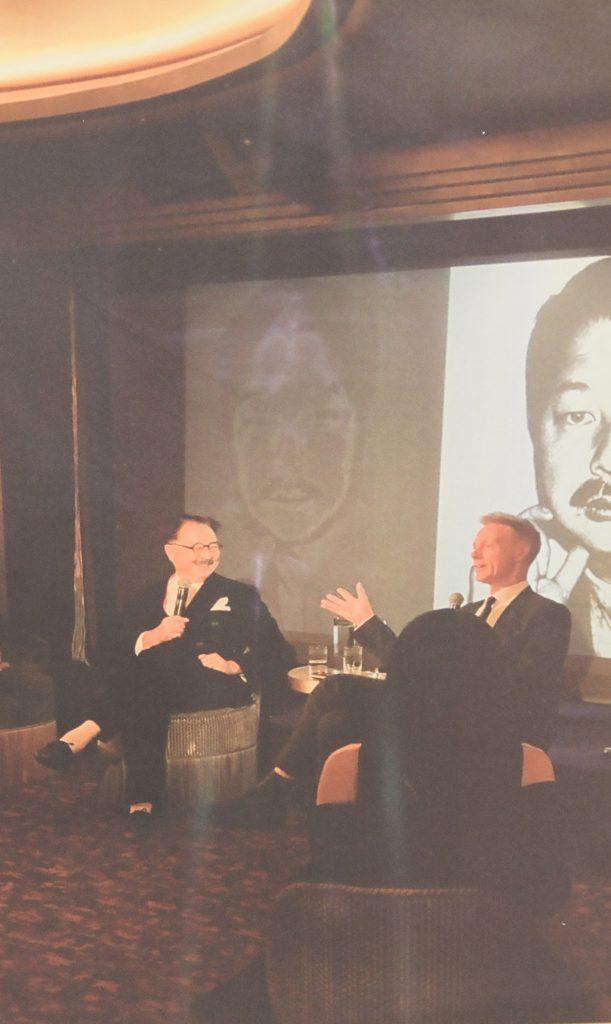 Another day, another event. Tonight I’m in conversation with Tim Marlow at the Arts Club. The portrait behind me was done by Andy Warhol. He asked me what I wanted and I said “hold the color and use lots of diamond dust,” so that’s what he did. I have commissioned portraits from everyone: Peter Blake, Jean-Michel Basquiat, Keith Haring, Urs Fisher, Helmut Newton, Ed Ruscha. Dan Flavin once did a drawing of me in a restaurant and gave it to me—he didn’t even know who I was. 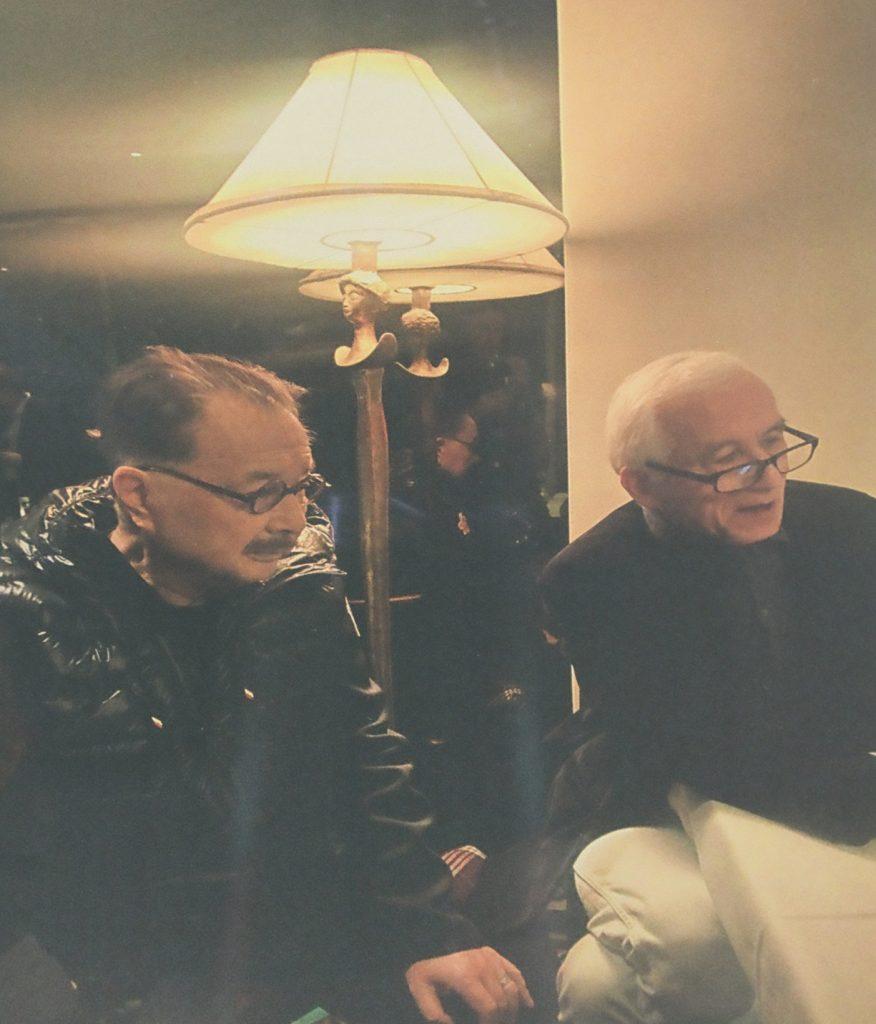 Jean-Pierre Lin, son of Richard Lin, came to the talk so it was great to catch up. Richard was one of my best friends when we were young artists in London and I’ve known Jean-Pierre since he was a baby. Here he is showing me some old pictures of me with his father. 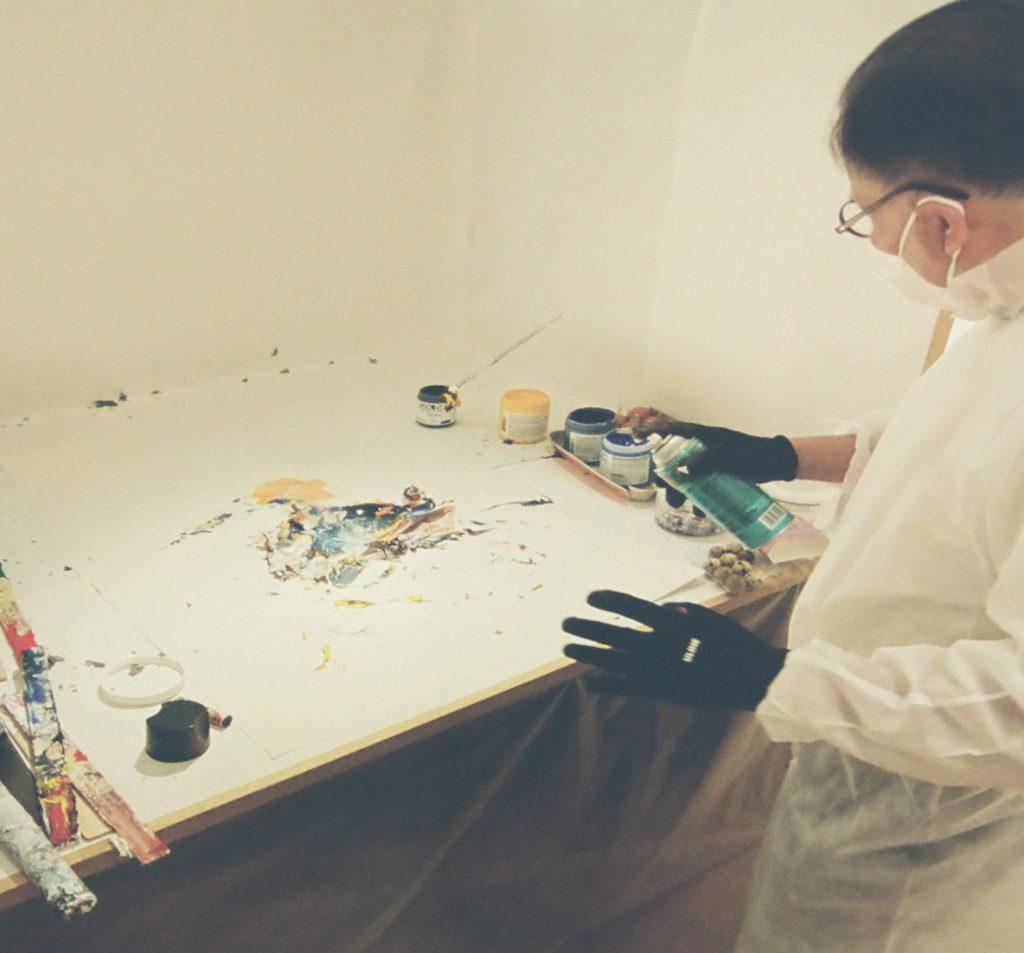 Waddington Custot has set up a tiny studio for me in one of the showing rooms so I can experiment with making some smaller “One Breath” works while I’m here. For me, the “One Breath” pieces relate to the Chinese concept of Breath of Time, an explosion of internal truth. Like Chinese ink painting, there are no alterations. It must come internally, the moment you start calculating it it’s over. 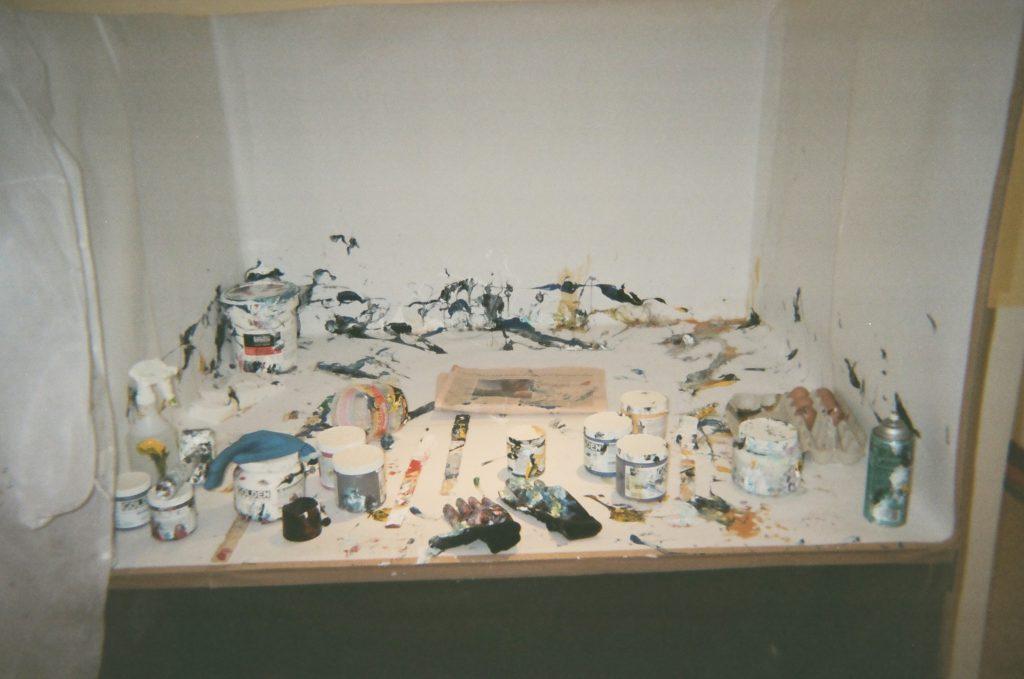 My father, Zhou Xinfang, one of the greatest performers in Chinese history, made a beautiful statement: “Don’t listen to the hands clapping, listen to the heart of the audience.” He founded the Qi school of performance and I started performing with him in the Beijing Opera when I was eight years old. My whole life has been a performance! Now, my work, my painting, my internal and external lives have all been married together. 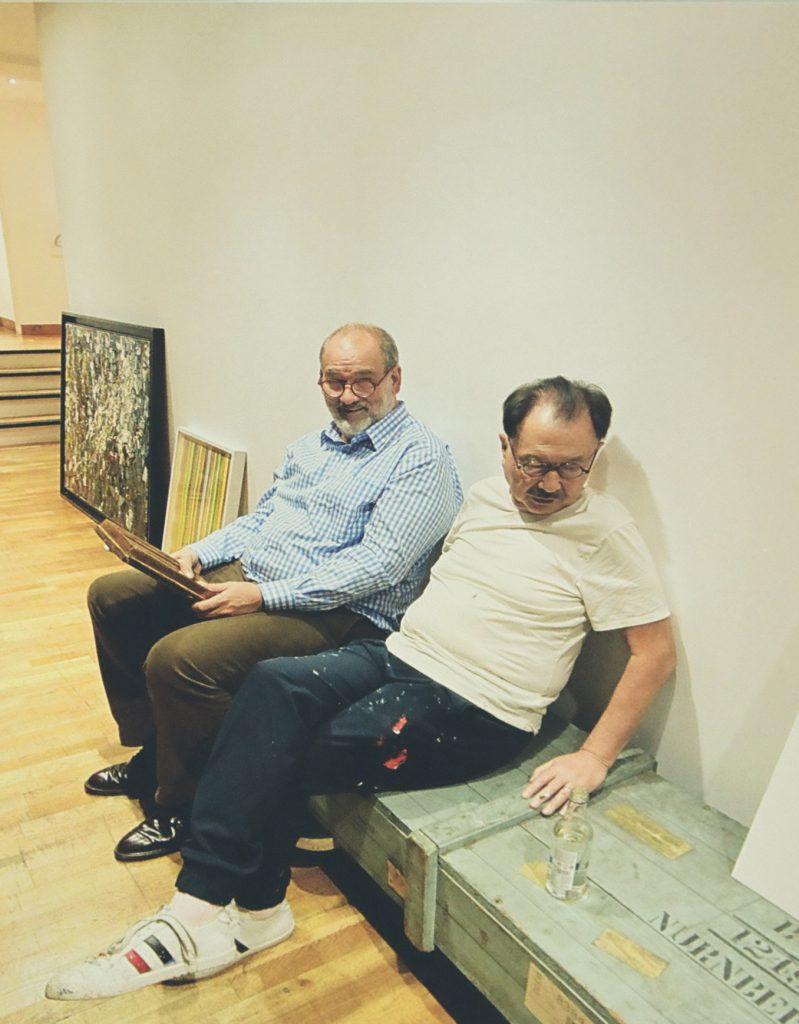 I’m knackered. This last week in London has been intense. Fun but exhausting. Still, there is still time to take a look at some Peter Blake paintings that have just come into the gallery. And with that I’m out. I’m off to Doha to watch the football. Bye!