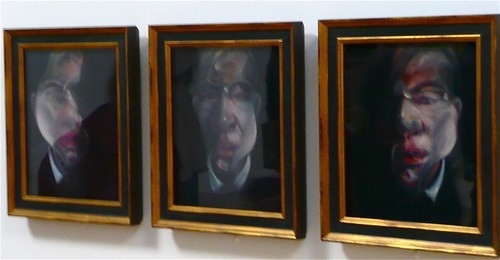 In the history of 20th-century painting, two particular artists stand out as giants in the field. Each was iconoclastic, outspoken, and quite unique in their approach to their work. Perhaps this is what, for many years, ensured that Francis Bacon and Lucien Freud remained close friends. So close, in fact, that Freud’s second wife, lady Caroline Blackwood, once claimed that he dined with Bacon more often than with her.

While their artistic friendship was partly based on the fact that both were figurative painters during a period when abstraction was very much in vogue, it was another area of their lives that also created a close bond. Both artists, in their very different ways, had a profound interest in gambling and the particular cultures that surrounded it.

For Bacon, it was a love of roulette that drove his interest in games of chance. He often said that it was the randomness of the game that appealed, and he drew parallels with the unexpected ways in which inspiration came to him when he was painting. This love of a fast-moving game may also have been reflected in his painting style. He was notoriously quick to create work, a fact which astonished his friend Freud when he sat for him as a subject.

Bacon died in 1992, just as the online casino industry was in its infancy. But it’s not hard to imagine that his love of fast-moving and random action would have made him a big fan of the real money gambling games that are so popular online today. Live roulette, in particular, would surely have appealed, not least because he could have continued to play without leaving one of his beloved Soho drinking dens. 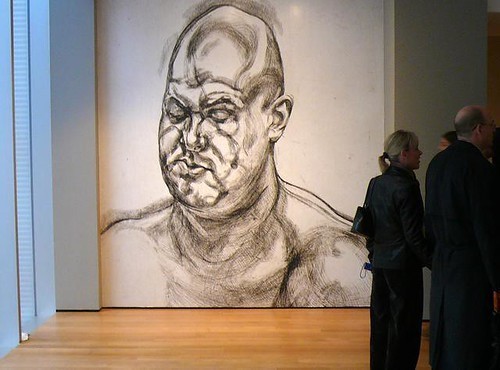 Lucien Freud, on the other hand, was fonder of horse-racing as an outlet for his interest in gambling. In the early years of his career, before he found fame and fortune, it’s been reported that he persuaded bookmakers to accept paintings in lieu of bets. He also loved the whole world of racing with its rich and varied cavalcade of characters. And, while Bacon’s painting style was rushed and spontaneous, Freud’s portraits were painstakingly created. Perhaps this is one of the reasons that a sport that can repay a long and detailed study of previous forms and other influences appealed to him more than the immediate thrill of the casino.

Despite their many years’ friendship and a shared interest in chance, this wasn’t a relationship that remained firm forever. In the 1970s Bacon began to be more and more critical of what he perceived to be Freud’s wealth and snobbery. As a result, the three-decades-long friendship came to an end.

However, in 2013, two years after Freud’s death, there was an interesting coda to their relationship. Bacon’s triptych of the latter painted in 1969, shortly before they fell out, sold for an auction record of $142 million in New York.

That an art collector’s gamble on the work’s value should have paid off so handsomely is an irony that both artists would surely have relished.