Home Art Graffiti: The Fine Line Between Art And Vandalism 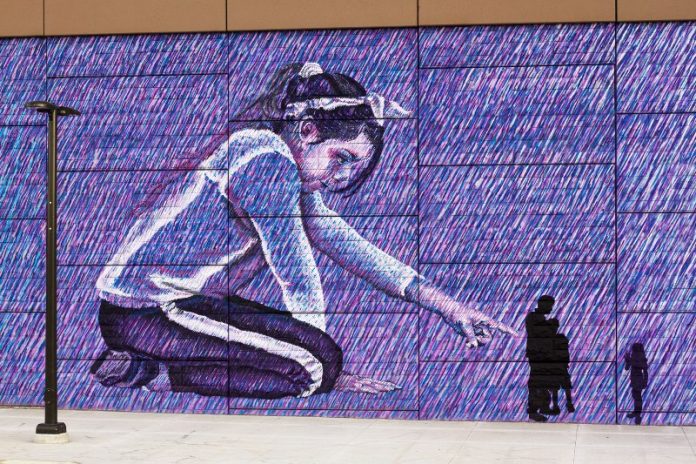 What is art? Let’s not even attempt to dissect that question as it can open a Pandora’s box of passionate answers. What we can attempt to answer, however, is whether graffiti is art.

Since ancient times, people have been defacing walls with art and writing as we can see on the streets of Pompeii. They are usually crude and don’t add to any art culture or understanding, but it does illustrate the changes in what graffiti has become.

These days there is some serious talent on display that is on par with many emerging artists. So, can graffiti count as art then? Should it be critiqued and appreciated as an actual artistic statement? Or is it simply vandalism albeit an aesthetic version?

We’ll attempt to answer that in this article, but it is likely to only add to the debate rather than settle it!

First, we should address what graffiti actually is. Literally, it means scratchings from the old Italian word. Maybe spawned by those same etchings on the walls of the ancient building unearthed in Pompeii.

Nowadays, it is seen in every city and town in the world and is usually spray painted designs on a building, structure or even train carriages. And it ranges from crude and amateurish to the artistic and incredible.

Usually, it is done without permission on either a private or public place where it can be seen. However, graffiti is more of an artistic style rather than the place where it is displayed. So, you can see graffiti styling on advertising, postcards and even kids backpacks these days.

What makes graffiti exciting to many people is the clandestine nature of it. Some rogue outlaw artists do their work under the cover of night. Then when the sun comes up, a wonderful work of art is revealed. This serendipitous event is what makes people appreciate it. It is usually something representative of the neighborhood in which it is made, or it can make a broader political statement.

The subversive nature of the act is what makes it such a powerful medium to make a statement. And the artist risks jail or fines since it is illegal just about anywhere.

Under a strict interpretation of the law, any graffiti is an act of vandalism if there isn’t express permission to do the artwork. Regardless of how pretty the work is, some see it as a blight since they understand that permission was likely not given.

Others see it as not a big deal as long as the work itself looks good and it isn’t an offensive message.

How it is interpreted is usually down to the personality type. Some are very rigid in how they interpret law and order and others have more of a flexible view if there is no harm then no foul.

The answer is probably in some gray area and there is likely no one rule that can define it either way.