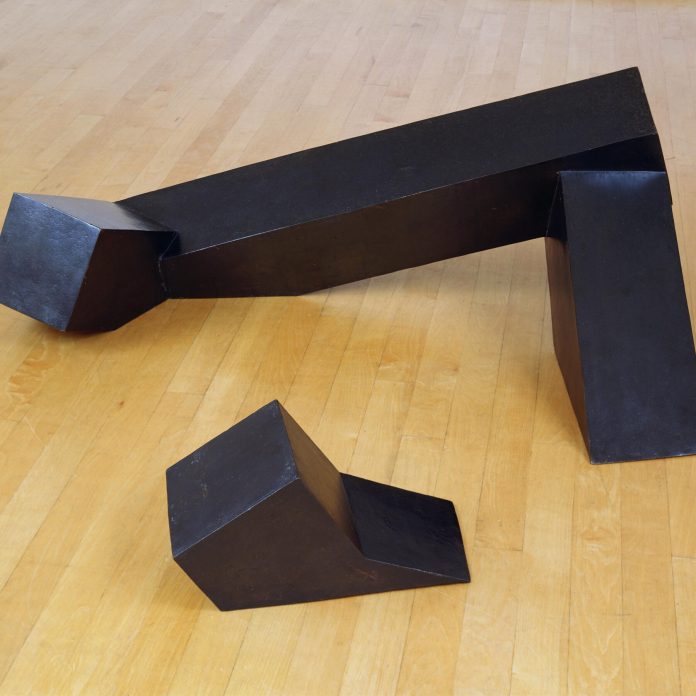 “Everything in this world is a sculpture. Any material, any idea that appeared in space, I consider sculpture. 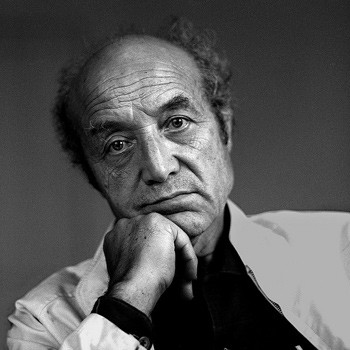 Isamu Noguchi believed that the sculptor’s task was to shape the space, to give it order and meaning so that it would “disappear”, that is, become one with the environment. Perhaps it was because of his double origin (his father was a Japanese poet, his mother an American writer) that he looked at the world in a peculiar way in search of “unity”.

In order to avoid labels, Noguchi could create sculptures as abstract as Henry Moore’s or as realistic as Leonardo da Vinci’s. He used any materials that fell into his hands: stone, metal, wood, clay, bone, paper, or a mixture of any or all of them at once. He carved, poured, cut, crushed, embossed, or exploded in order to create a certain shape.

“Limiting yourself to a certain style, you can become an expert in this particular direction, but I do not want to belong to any direction. I always learn, always try to find something new.
His outstanding projects included sports fields and shopping malls, furniture and gardens, stone-carved busts, and Akari paper lamps that can be carefully folded and placed in an envelope. He also created many decorations for dancer and choreographer Martha Graham, which influenced him as much as his mentor Konstantin Brancusi.

The White House Rose Garden will soon receive a sculpture by Isamu Noguchi.

Floor Frame, a 1962 sculpture by Isamu Noguchi, will soon be installed at the White House Rose Garden—the first work by an Asian-American artist to be included. Melania Trump announced the news this past Friday, noting that the artwork highlights the contributions of Asian-Americans to the country’s creative landscape. Brett Littman, the director of the Isamu Noguchi Foundation and Garden Museum in Queens, described the sculpture’s placement as a triumph, though said that it comes at a tough moment. “The key for us is that this will be on display in perpetuity at the White House,” he told The New York Times. “Administrations come and go, but artwork remains. We feel proud, and we think Noguchi would feel proud as well.” 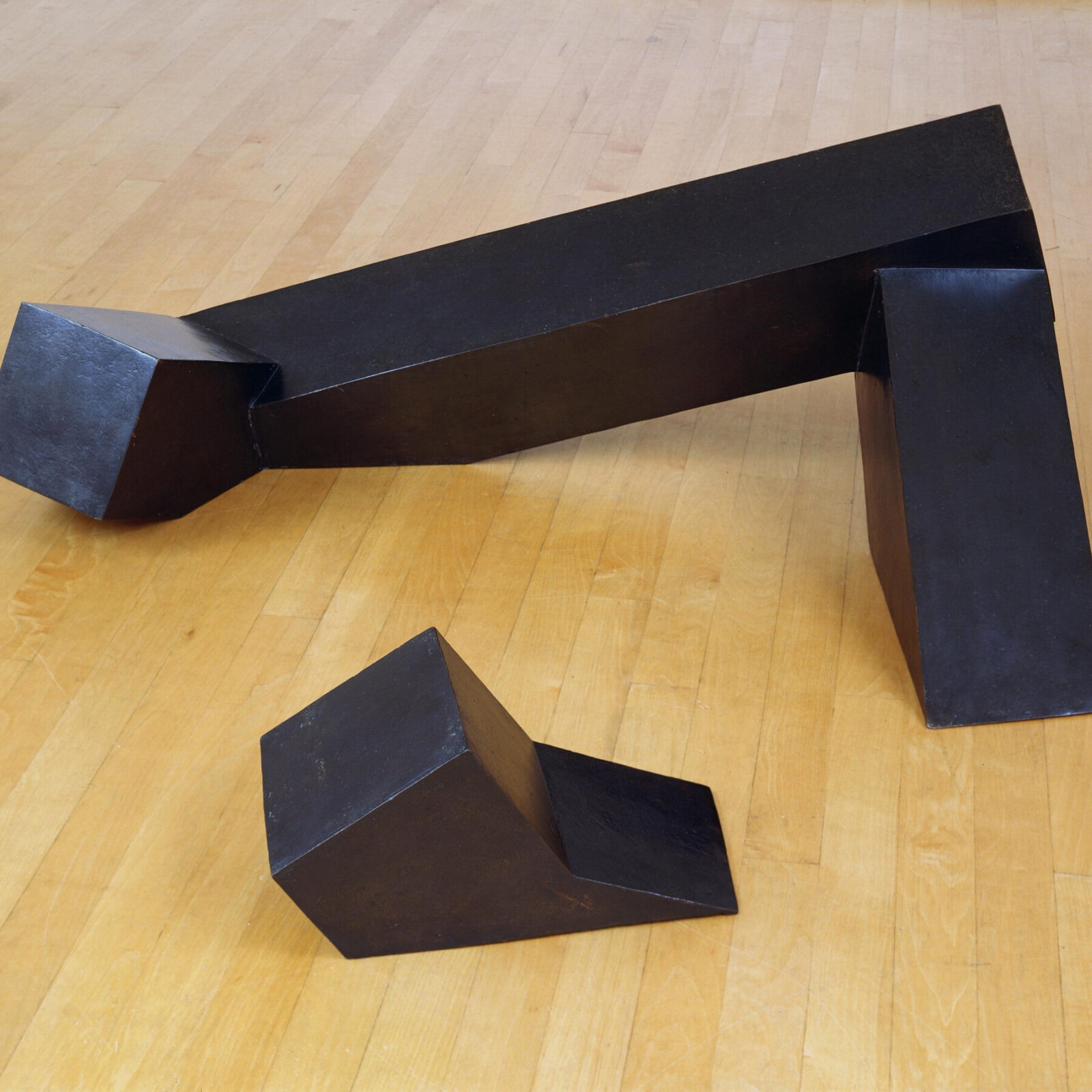 During World War II, a difficult period for American history, Isamu Noguchi voluntarily joined the camp for evacuated Japanese Americans, after which he could not get permission to leave. After seven months, he was released.

“I was finally free. Since then, I have only decided to create.
His connection with Herman Miller became known when one of his designs was used to illustrate the article “How to create a table” written by George Nelson. It was his famous magazine table – “Noguchi Table”, created in 1947 and reissued in 1984.

His other famous creations include a park for UNESCO in Paris, five fountains for the Supreme Court building in Tokyo, and a relief for Abelardo Rodriguez Market in Mexico City.

Fingernails died in 1988. His brilliant career lasted more than sixty years. He left a remarkable legacy for those to whom his first teacher told him that he “will never make a sculptor.

Noguchi, Isamu (1904-1988) is a famous American sculptor and designer of Japanese origin, representative of avant-garde orientalism. Born in Los Angeles, the son of the Japanese poet Yone-Noguchi and American writer Leonie Gilmore. He studied at Columbia University (1923-1926), the Leonardo da Vinci School of Art, and the Eastside School. He was greatly influenced by P. Picasso and H. Miro.

He was involved in interior and landscape architecture, decor, or sculpture. His nails found their manner, turning to ceramics and stone. From imitation-avant-garde, close to the surrealism of early things has addressed to compositions which follow traditions of the Japanese “garden of stones”. At the same time, it turned ancient natural and religious symbols into the self-priced exhibition or monumental and decorative objects.

The most natural way to create Noguchi was decorative plastic, organically connected with architecture. In 1927-1929, he – in Paris, K. Brancusi’s assistant, gets acquainted with the sculpture of wood and stone. In 1929, in New York. The first solo exhibition of Noguchi was held in the New York gallery of Y. Chen (1929). In 1930-1932 he traveled to Paris, Beijing, and Japan. In 1933-1937. Nails creates a number of projects for monuments and statues in the streets and squares, in front of official institutions.

In 1942-1948, he worked as a theater artist, interior designer, creates sketches for furniture and lamps. Since 1949, he travels a lot in Europe, the Middle East, and Japan, draws and takes art photography. In the 1950s he lives and works alternately in New York and Japan. In 1980, Noguchi creates his own foundation. In 1981-1985, he directs the management of the Park Museum of his name on Long Island. Noguchi is an honorary doctor at Columbia University (1984). He has participated in many exhibitions of contemporary art and represented U.S. art at the Venice Biennale (1986).

The sculptor’s work was widely acclaimed in the United States in 1938, with the creation of a large sculpture symbolizing the freedom of the press for the Associated Press building in New York City. This work was the first of many public facilities installed in various cities around the world. From playgrounds, town squares and public gardens to entire garden complexes, Isamu Noguchi’s work reflects his belief in the social significance of sculpture, which makes art accessible to everyone.

– The sculptor used a wide range of materials: stainless steel, marble, cast iron, wood, bronze, aluminum sheet, basalt, granite, and natural components such as water and sunlight. The nails were chosen according to the idea of the sculpture, the size of the work, and the place where it was supposed to be installed.

– The turning point for the whole creative path of the Nails was the acquaintance with the works of Constantine Brancusi, which he saw once in one of the New York galleries. Inspired by the ideas of the great master, the young sculptor followed to Paris, where he worked for a year in the studio of his idol. Thanks to Brancusi’s influence, Isamu Noguchi’s art acquired an abstract sound, while maintaining its own symbolism, lyricism, and aura of mystery.

– Noguchi’s art is characterized by a surprisingly harmonious combination of various styles and forms, a variety of ideas and themes. In his sculptures, he managed to combine geometric and organic forms, traditional Japanese aesthetics with modern American symbols and to create works that challenged the generally accepted boundaries of design and art.

– Isamu Noguchi’s name is inextricably linked to abstract expressionism, which is confirmed by the strong expression of his work and personal friendship with many representatives of this trend. However, his sculptural compositions are based on natural forms and represent a peculiar combination of surrealistic and Japanese influence.

– The sculptor sought to make his art not only aesthetically beautiful but also practical, functional, and useful to society. For this purpose, he created the design of furniture, lighting fixtures, and other necessary things in everyday life, and also initiated many social projects for the construction of playgrounds, fountains, and parks.