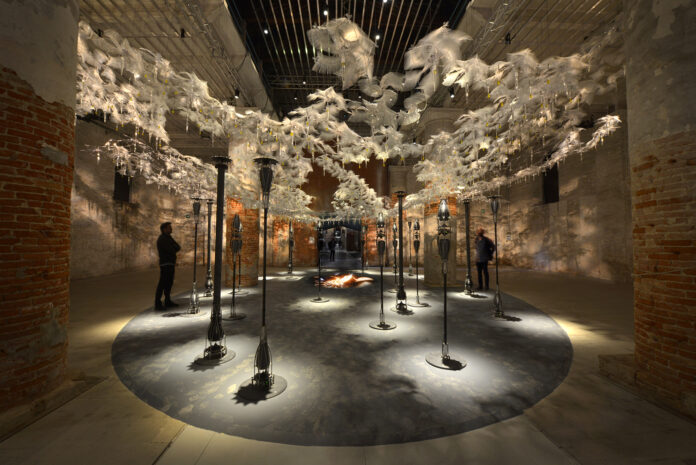 Must-see exhibitions this year are the return of the Venice Biennale and Documents, screenings of blockbusters Donatello and Cezanne, and a sculpture festival dedicated to the World Cup in Qatar.

Due to the ongoing Covid-19 pandemic, it is imperative that you check to see if exhibitions are taking place before you travel.

The first fashion show under the name Yves Saint Laurent (YSL) appeared on the catwalk. To celebrate the occasion, six Parisian museums, where the French designer drew inspiration, organized a massive exhibition.

Each will combine YSL creations with the works by representatives of contemporary art and famous artists like Mondrian, Picasso, Matisse, Bonnard, and Dufy. For example, at the Museum of Modern Art in Paris, Dufy’s La Fée Electricité (The Fairy of Electricity, 1937) will feature three spectacular silk dresses next to Dufy’s painting, while the Musee d’Orsay will focus on his fascination with Marseille. Proust, which probably inspired Saint Laurent to create Le Smoking, the first women’s tuxedo.

The National Picasso Museum will show the Spanish master’s influence on Saint Laurent, from the fashion designer’s tribute to the sets and costumes of Picasso’s Ballets Russes (1976) to his 1988 Cubist collection.

“The World of Stonehenge”

Stonehenge, built over four millennia ago, is one of the most famous and mysterious monuments in the world. Who were the people who built it?

The art exhibition World of Stonehenge will show that they were more advanced than is commonly believed, with established trade links with mainland Europe. One of the highlights of the exhibition is the 3,600-year-old Nebra Sky Disc. This is the oldest existing depiction of the cosmos. It was discovered in what is now Germany and will be exhibited in the UK for the first time.

This is the first retrospective of American artist Faith Ringgold in her hometown of New York. The art exhibition will cover six decades of the 91-year-old artist’s prolific career. Here you can see works created in response to the civil rights era, as well as autobiographical works that tell the stories of the Harlem Renaissance.

The 15th-century Florentine sculptor Donatello was considered “a master among masters”. Despite this, there were no major art exhibitions dedicated to the work of the sculptor for almost 40 years.

This changed in March, when in Florence the Palazzo Strozzi and the nearby National Museum of the Bargello opened an extensive survey of Donatello’s works, which houses the most important collection of the sculptor’s works, including “David” (circa 1440).

Smaller incarnations of the show can be seen at the Gemäldegalerie in Berlin in September and also at the Victoria and Albert Museum in London next year.

With just three primary colors and two ordinal directions, Piet Mondrian took the oil painting to a new level of abstraction. His influence on modernism was enormous – in the visual arts, as well as in design, architecture and fashion. To mark the 150th anniversary of his birth in the Dutch city of Amersfoot, several museums are conducting extensive research on his work.

The art exhibition at the Swiss Fondation Beyeler and K20 in Düsseldorf will begin with his early paintings influenced by Dutch landscape painting and post-impressionism. It traces his development as he completely left the show behind, ending with rectangular marvels.

A global pandemic of COVID 19, the catastrophic effects of climate change, and the development of artificial intelligence are just some of the major threats to the future of humanity. These factors will be confronted by the artists in this year’s flagship exhibition at the 59th Venice Biennale.

Art Industry News: Two Climate Activists Slapped With a Nominal Fine for Gluing a Dystopian Image Onto a Famous Constable Painting + Other Stories

Katya Kazakina Wins a Top Prize From the Newswomen’s Club of...

The German artist had been with Marian Goodman Gallery for 37 years.