Home News Artefacts long held by the Smithsonian will go on view at new... 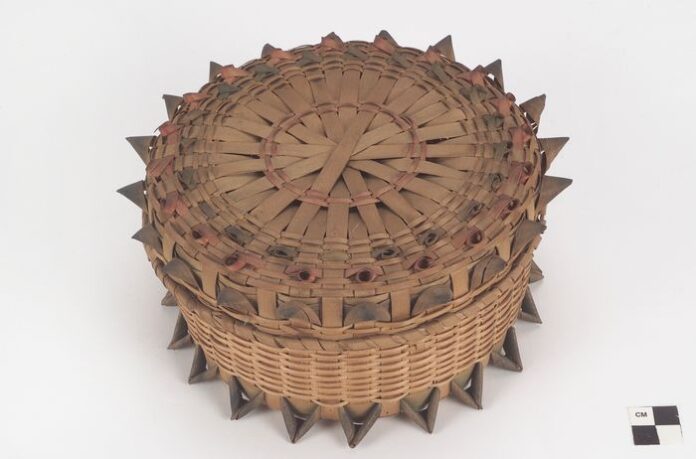 More than 500 objects associated with the Mi’ kmaw Nation will be transferred from the Smithsonian’s National Museum of the American Indian (NMAI) in Washington, DC to the Mi’kmaw Debert Cultural Centre, a museum that is tentatively scheduled to open in Debert, Nova Scotia in 2025.

The Smithsonian’s collection of Mi’kmaw objects came to the attention of the centre’s director, Tim Bernard, in the late 1990s. Since then, he has researched and catalogued the collection, often linking photographs with objects. A memorandum of understanding between the centre and the Smithsonian was signed in 2012, stating that the objects will be transferred as long-term loans rather than repatriated.

Kelly McHugh, the head of conservation and collections care of the NMAI, explains that there are various pathways in which Indigenous objects can return to communities. “There is repatriation, which has specific requirements under [the Native American Graves Protection and Repatriation Act]; shared stewardship; or long-term loans,” McHugh says. “Repatriation entails human remains or burial objects, and the items returning to the Mi’kmaw do not fit that criteria.”

One of the objects included in the transfer is a piece of regalia that once belonged to a Mi’kmaq woman identified as Charlotte Paul Wilmot, who was photographed wearing the piece around 1930-31 by the anthropologist Frederick Johnson, whose extensive collection of negatives of First Nation communities also belongs to the NMAI.

The Vancouver-based architect Alfred Waugh of the firm Formline Architecture and Urbanism is overseeing the schematic and detailed design of the museum, which organisers estimate will cost $49.8m and span more than 3,000 sq. m. The inspiration for the design and materials is based on research and feedback from a Mi’kmaw elders council, according to the firm. Federal and provincial governments are being petitioned to provide the bulk of the funding for the construction.

McHugh adds that the initiative “creates a partnership between the Mi’kmaw and the NMAI but also introduces an opportunity to move forward the relationship between museums and Indigenous communities, which has been historically very challenging. It’s an important and progressive step that we are all learning from and benefitting from”.