Home News A Busted Trailer Listed on a Government Auction Website Turned Out to... 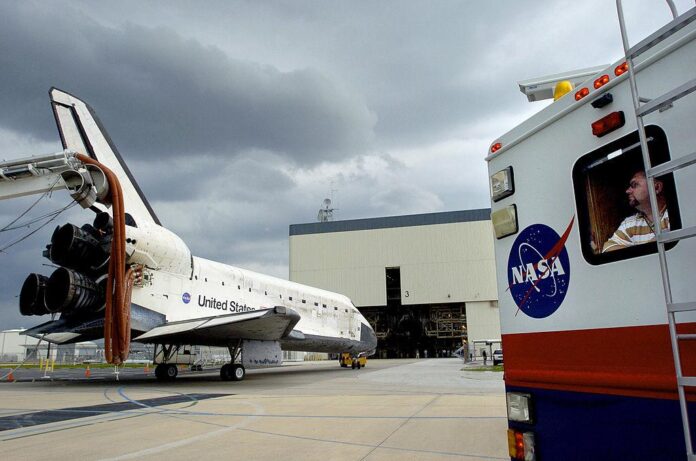 For most people trawling government auctions, the listing would not have stood out: GSA Auctions, a division of the General Services Administration, was offering up a vehicle described simply as a “1989 Airstream Executive Air Coach,” with no minimum bid.

An online sleuth, however, was able to determine that the RV was probably once used in NASA’s Space Shuttle program. Acquired for just $21,000, the historic item was a major steal for any fan of space memorabilia.

The winning bidder remains unknown. It seems likely that they knew they were competing for something exciting—the same price would have been steep for a vintage Airstream no longer in working condition.

Whoever it was, they may have gotten an assist from the public research of Twitter user MacCallister Higgins, an engineer who specializes in robots and drones.

Ok, I’m not going to be able to buy and restore this due to logistics so I figured I’d throw it up on Twitter. Long story short, I found the @NASA Convoy Command Vehicle for the Space Shuttle program up for auction, with almost zero indication of what it is (link at end of 🧵) https://t.co/dqy7xVxVGX pic.twitter.com/hzmcWPr9hg

In a lengthy Twitter thread detailing his research into what he called “the holy grail of government auctions,” Higgins described how he was initially intrigued by the lack of information given in the listing. It stated merely that the vehicle was located at Edwards Air Force base in California, where the Space Shuttle often landed.

The first big clue: The listing came with a list of special conditions, including the clause that bidders needed to be U.S. citizens. These kinds of requirements are typically only in place for the sale of old military equipment so they ignited Higgins’s interest. 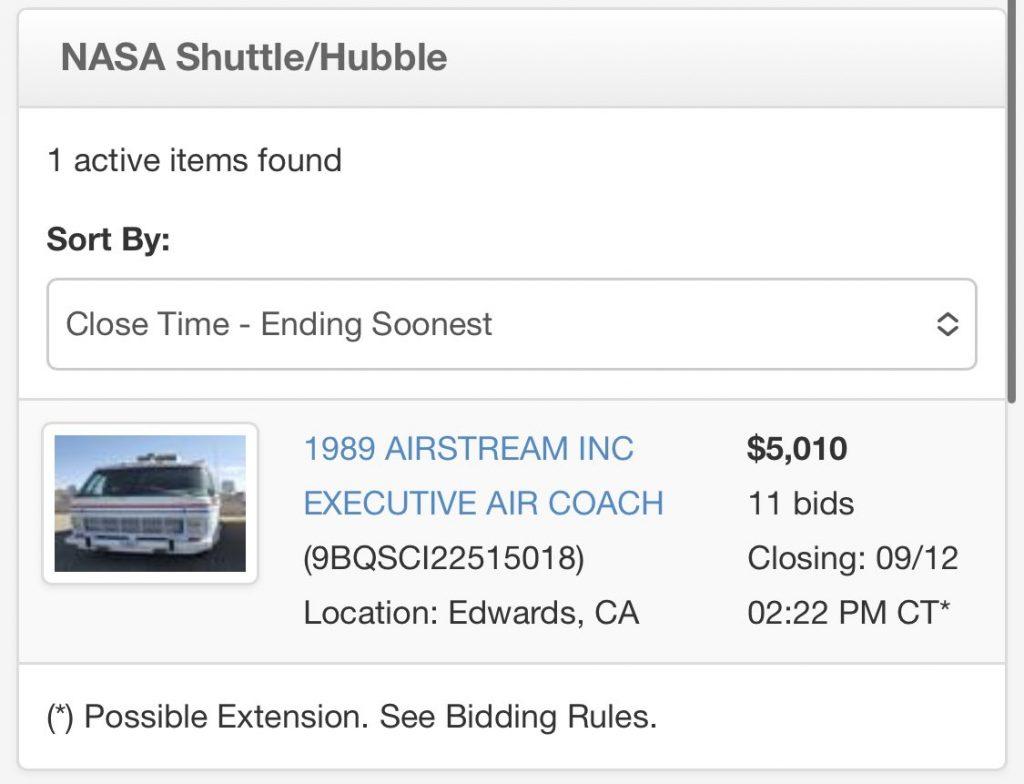 Screenshot of a listing for a GSA Auctions sale of the mysterious vehicle.

With an expert eye, Higgins was able to spot clues of an earlier association with NASA that had since been removed, such as the iconic blue-and-white logo that he claims was once stamped on the van’s side. What exact purpose it might have served, however, remained a mystery.

He then says he combed through 20 to 30 videos of Space Shuttle landings online. Eventually, he spotted what he believed could be the same vehicle at a 2009 landing of Space Shuttle Discovery, noting the matching style of windows.

And lo and behold, look what we have here. A photo of George in the NVCC at Edwards, sitting at a desk in an RV, with the Shuttle in clear view. The chairs are identical, and you can see the removed mission patches that lined the upper moulding on the interior of the vehicle. pic.twitter.com/1c4cIyrPCW

After diving into the history of NASA vehicles, Higgins then found a photo of George Grimshaw, a retired Space Shuttle Landing and Recovery Site Manager, sitting in a van with an identical interior. A NASA Space Shuttle is clearly visible through the window in the photo, suggesting that the vehicle was active on the tarmac.

The upshot? “This van was the official Convoy Command Vehicle for the Space Shuttle at Edwards,” Higgins wrote. “It directed all Shuttle recovery procedures once the spacecraft was on the ground! And it’s for sale currently at $10k.” (He also shared a YouTube video of the vehicle in action.)

Some 19 bidders competed for the Airstream, with bidding spiking from around $14,000 to $21,061 in the final hour. Higgins himself decided not to bid on this “NASA beauty,” because he couldn’t “handle the logistics and shipping and repairs”—but it’s possible that by making his web-sleuthing public, he helped it find a good home nevertheless.