Home News A Concert Poster From the ‘Day That Music Died’—Probably the Only One... 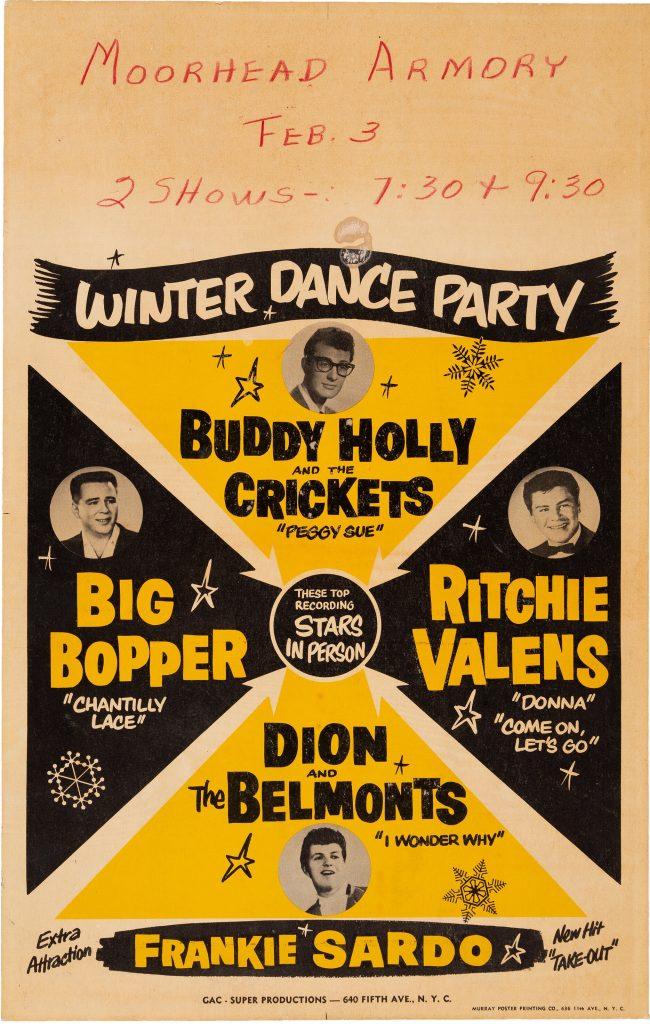 A piece of music memorabilia from “The Day the Music Died”—when a deadly plane crash killed early rock and roll stars Buddy Holly, Ritchie Valens and, J.P. “the Big Bopper” Richardson—has made auction history. The advertisement for the Winter Dance Party tour’s stop at the Moorhead Armory in Minnesota made $447,000 at Heritage Auctions on Friday, becoming the most expensive concert poster ever sold.

The print from February 3, 1959, is the only known surviving poster advertising the night’s concert—the tour’s 12th performance. The three musicians died on the way to the show when their single-engine Beechcraft Bonanza plane crashed into a cornfield near Clear Lake, Iowa, due to inclement weather.

Unbelievably, the show went on, with 15-year-old Bobby Vee filling in for Holly that night, and his Crickets bandmates, Waylon Jennings and Tommy Allsup, finishing out the tour’s next two weeks. But the date of the accident became infamous, immortalized in song by Don McLean in “American Pie.”

It is highly unlikely that another poster from the event will ever surface. Concert promoters originally pasted the record-setting piece of ephemera to a telephone pole ahead of the show using an adhesive, but it fell off. The date and venue are handwritten in red grease pencil above the printed design from Murray Poster Printing Co. of New York, which features photographs of all three musicians. 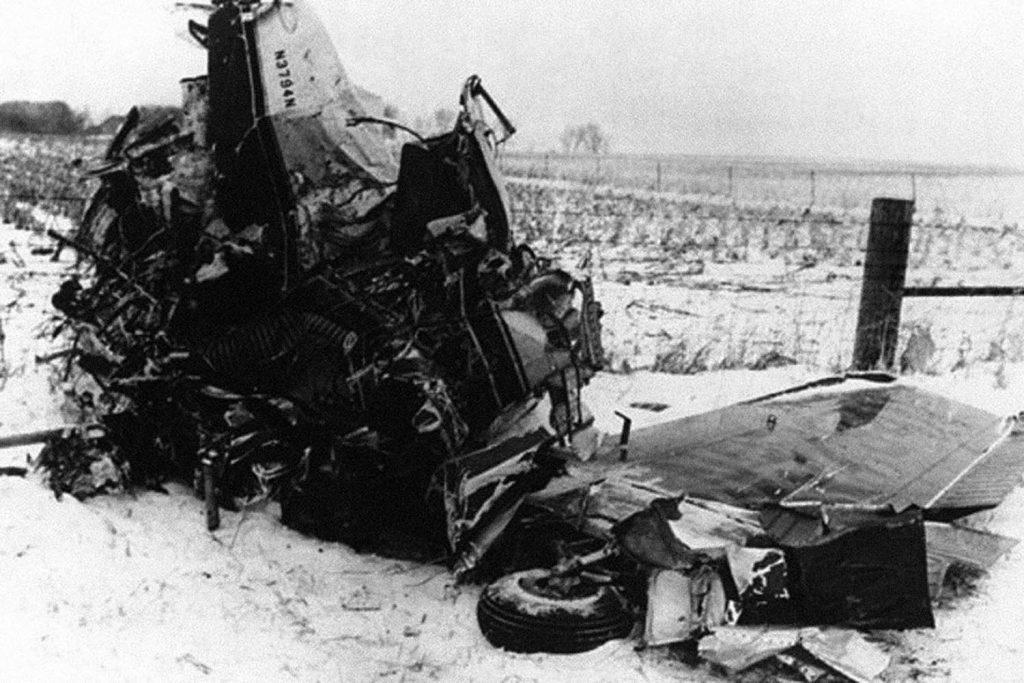 Photo of the wreckage of the aviation accident known as “The Day the Music Died” that occurred on February 3, 1959, near Clear Lake, Iowa, killing rock and roll musicians Buddy Holly, Ritchie Valens, and J. P. “The Big Bopper” Richardson. Photo by the Civil Aeronautics Board, United States Department of Transportation, public domain.

“How many could they have made?” Pete Howard, Heritage’s director of concert posters, asked in a video promoting the sale. “It’s just a town of 25,000, Moorehead, Minnesota. A couple of dozen or whatever, and how many got chewed up by the ice, sleet, and snow in the dead of winter?”

The poster is in good condition, with no staples or pinholes, just a sticky residue where it was affixed to the pole. A maintenance man found it on the ground and picked it up, stashing it in his closet for the next 50 years. Jim Cook consigned the poster to Heritage along with 42 other works from his historic concert poster collection.

The previous high for a concert poster was just $275,000, set at Heritage back in April for the promotional art for the Beatle’s famous 1966 Shea Stadium show. 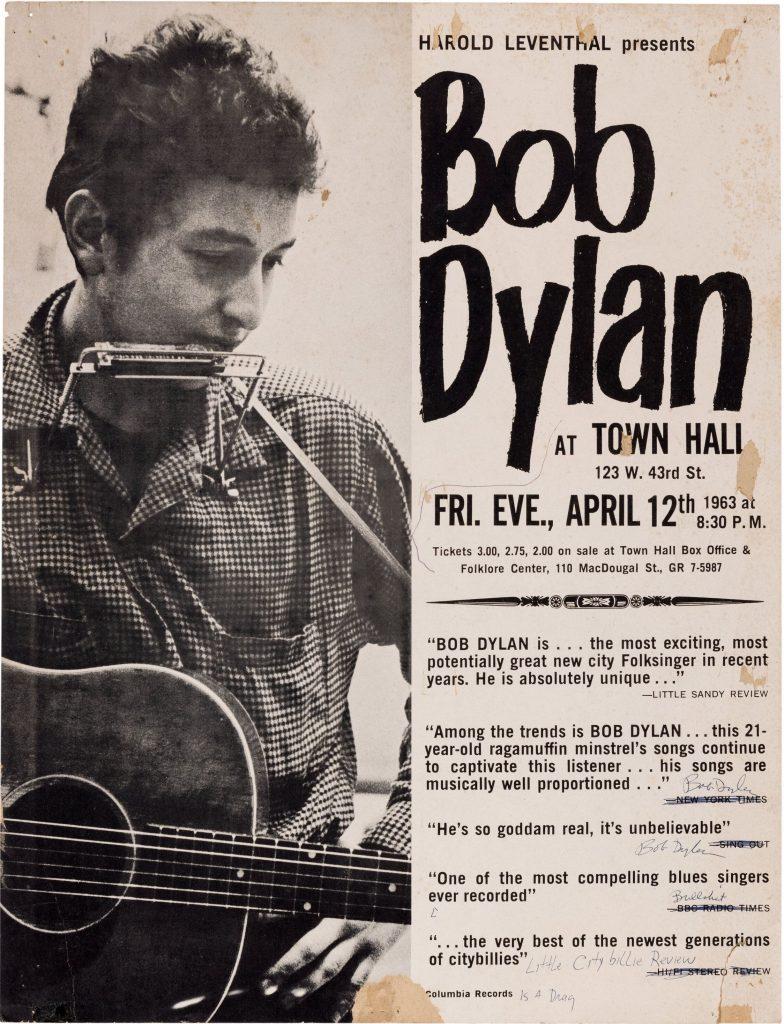 “Heritage is thrilled to break the previous record for a concert poster by more than $170,000—but not the least bit surprised, given the importance, the uniqueness and the gravitas of this amazing window card, which advertised rock and roll’s first tragedy,” Howard said in a statement.

Heritage previously sold a cardboard sign from an earlier date on the Winter Dance Party in April 2020. The promotional poster for the January 25 show at the Kato Ballroom in Mankato, Minnesota, fetched $125,000.

The record sale was the top lot of Heritage’s “Music Memorabilia Signature Auction,” which brought in a total of $684,943. The second-highest price of the three-day sale was achieved by a poster from April 12, 1963, advertising Bob Dylan’s first major New York City show, with doodles and handwritten annotations by the famed folk singer.

A Woman Stashed Some Prints in a Cupboard 20 Years Ago. Turns Out, They Included Three Sketches by Famed Artist L.S. Lowry