Home News A Folio From the Greatest Illuminated Manuscript of Persia’s ‘Book of Kings’... 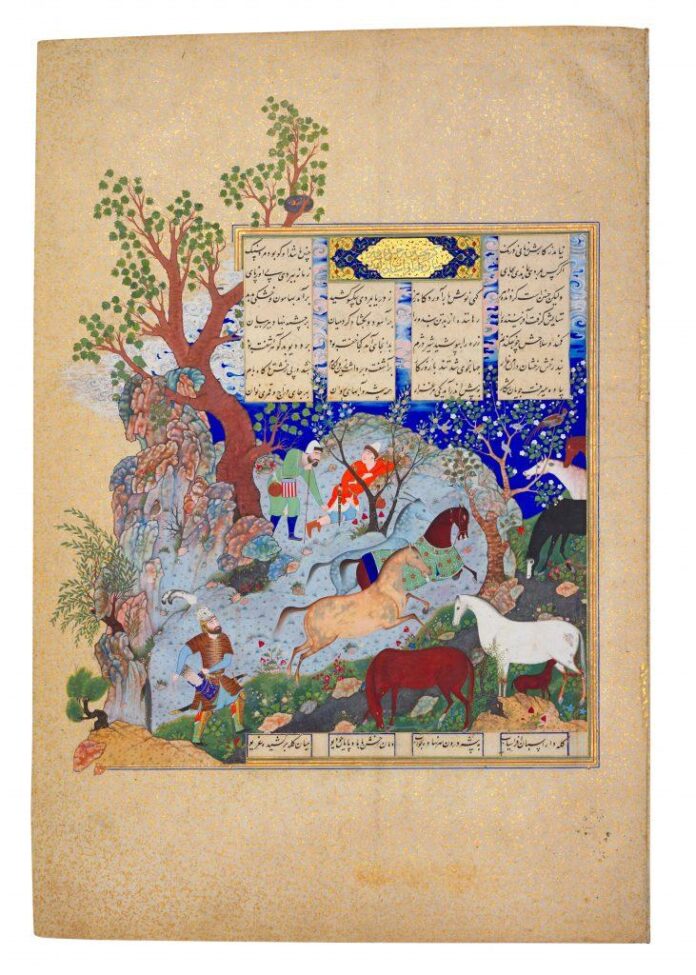 An illuminated folio from the most treasured manuscript of The Shahnameh, Persia’s Book of Kings, will reappear on October 26 alongside ornate texts and artifacts for Sotheby’s London’s latest biannual Arts of the Islamic World and India auction series.

The single, double-sided sheet from the epic history of Persian rulers, told over 50,000 rhyming couplets, is expected to fetch £4 million to £6 million ($4.6 million to $6.9 million).

In the 16th century, Shah Isma’il I, the first Safavid Shah of Iran, originally commissioned Persia’s greatest artists to create this iteration of The . His eldest son, Shah Tahmasp, carried the project to completion.

The folio in question depicts Rustam, the story’s main hero, recovering his horse, Raksh. “A jewel-like quality is achieved in the exquisite depiction of both Rustam’s beautifully embroidered costume and the details of the horse,” Sotheby’s head of Islamic and Indian art, Benedict Carter, told Artnet News.

It boasts an illustrious provenance: Following Shah Tahmasp, Sultan Selim II of the Ottoman Empire owned the manuscript, which later passed through the Rothschild family.

The record for a manuscript in this category—£7.4 million ($8.5 million)—was achieved at Sotheby’s in 2011 for a folio from this same manuscript, according to Carter. “This marks only the second time a folio has come up on the market from this manuscript since.” 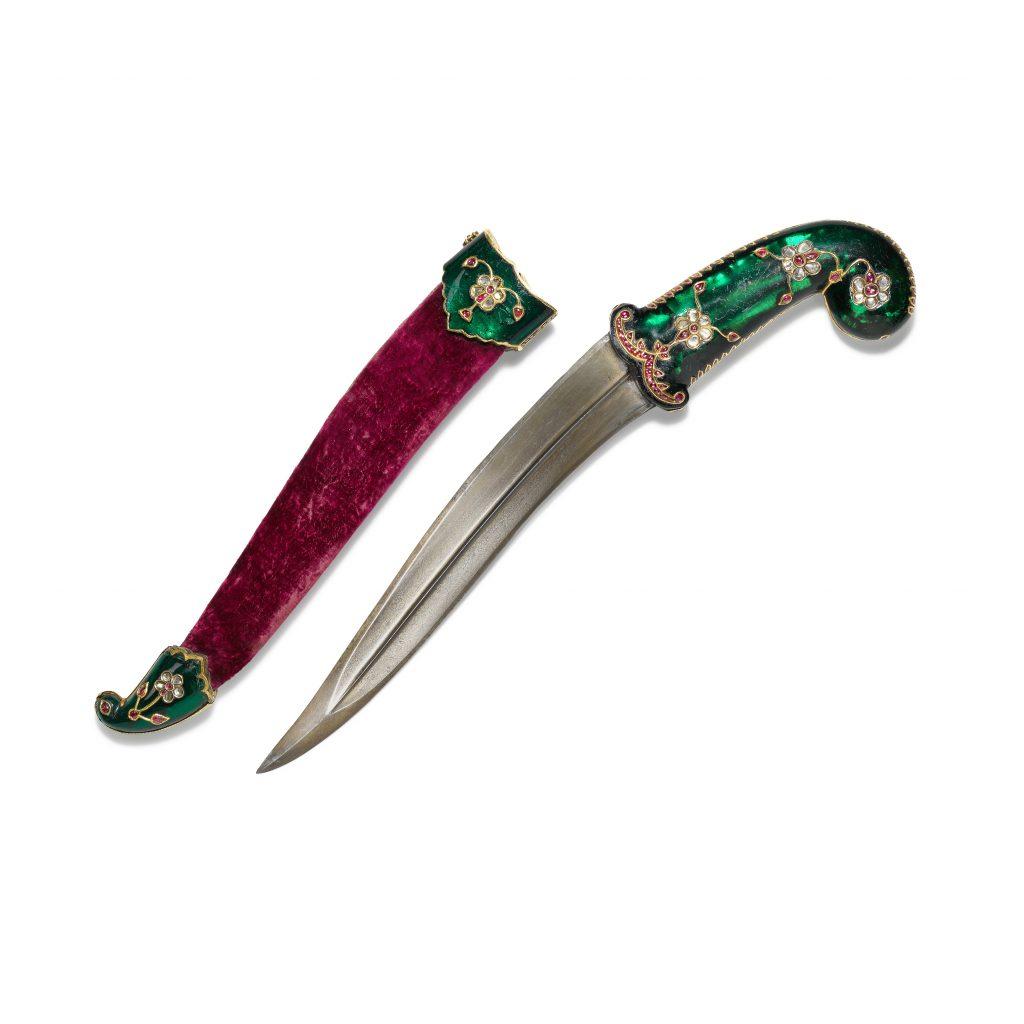 He added that bibliophile Arthur A. Houghton, Jr., the benefactor behind Harvard’s Houghton Library, was the first modern Western collector to own the full manuscript.

“The volume was disbound so that separate pages could be exhibited,” Carter said. In 1971, 76 folios went to the Metropolitan Museum of Art. Now, folios from Shah Tahmasp’s Shahnameh live simultaneously at the Museum für Islamische Kunst in Berlin, the L.A. County Museum of Art, and more.

“No other Persian work of art, save architecture, has involved such enormous expense or taken so much artists’ time,” read a statement from the auction house. It’s like the equivalent to Dante’s —if it had been illustrated by Michelangelo, Titian, Corregio, and others.

“Sultan Muhammad was the first leading artist of the Shahnameh, and the one to whom much of the initial stylistic innovation is credited,” Carter said. Mir Musavvir took over, followed by Aqa Mirak. In total, at least 15 painters devoted themselves to the full project.

Mirza Ali, son of Sultan Muhammad and a pupil of Aqa Mirak, created six illustrations for Shahnameh–including the folio set to hit Sotheby’s next month.

Joined by illuminated Qu’rans, emerald-crusted jewelry, and even a glass-hilted dagger (est. £80,000 to £120,000), the folio will appear in a public exhibition to tour New York City through September 20, Dubai starting October 3, and a final four-day showcase in London that concludes one day before the sale goes live.