Home News We Asked Art Experts Which Young Artists Are Primed to Blow Up... 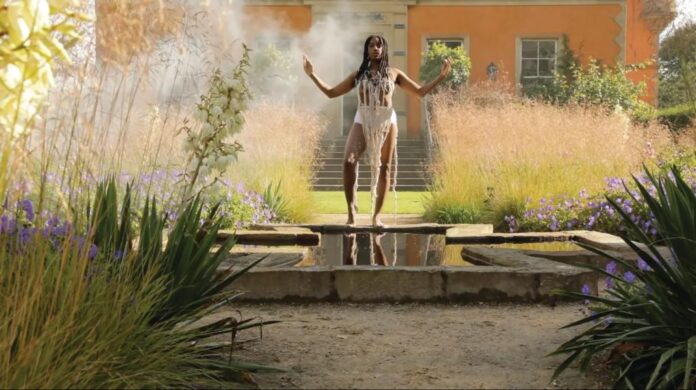 The art calendar is back in full swing, with the traveling circus bouncing around from Seoul to New York to Vienna to Brussels to London to Paris. There’s a lot of art to see out there—and artists to get to know. To help bring some order to the chaos, we asked an array of experts about which artists are poised to break out this fall. The 10 artists below represent a range of regions, media, and levels of renown, but all are poised to take a big step forward with prominent projects in the coming months. Get to know them below. 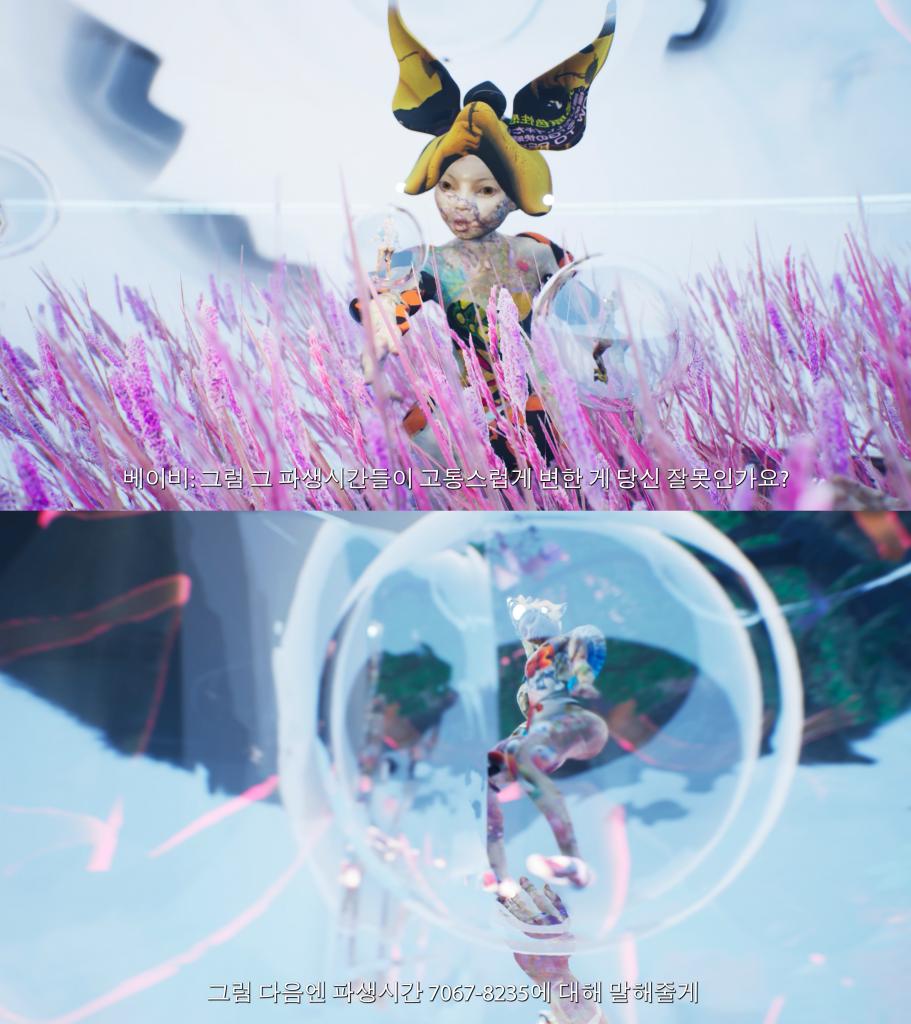 Keiken, Morphogenic Angels and the Bubble Theory (2022). Courtesy of the artist.

From their studio in London, the arts collective Keiken (comprised of Tanya Cruz, Hana Omori, and Isabel Ramos) represents a new and exciting generation of artists unafraid to work across physical and virtual realms, who embrace the aesthetic potential of game engines, and virtual and augmented reality.

They are currently showing their interactive installation as part of “Worldbuilding: Gaming and Art in the Digital Age” at the Julia Stoschek Collection in Düsseldorf, touring to the Centre Pompidou-Metz in 2023. Meanwhile their major new extended reality (XR) series “Morphogenic Angels” has just opened at Arko Art Center in Seoul and explores a speculative future 500 years from now.

For the near future at least, their work suggests ways to unlearn reality, and make artwork that speaks to contemporary hybrid experience. 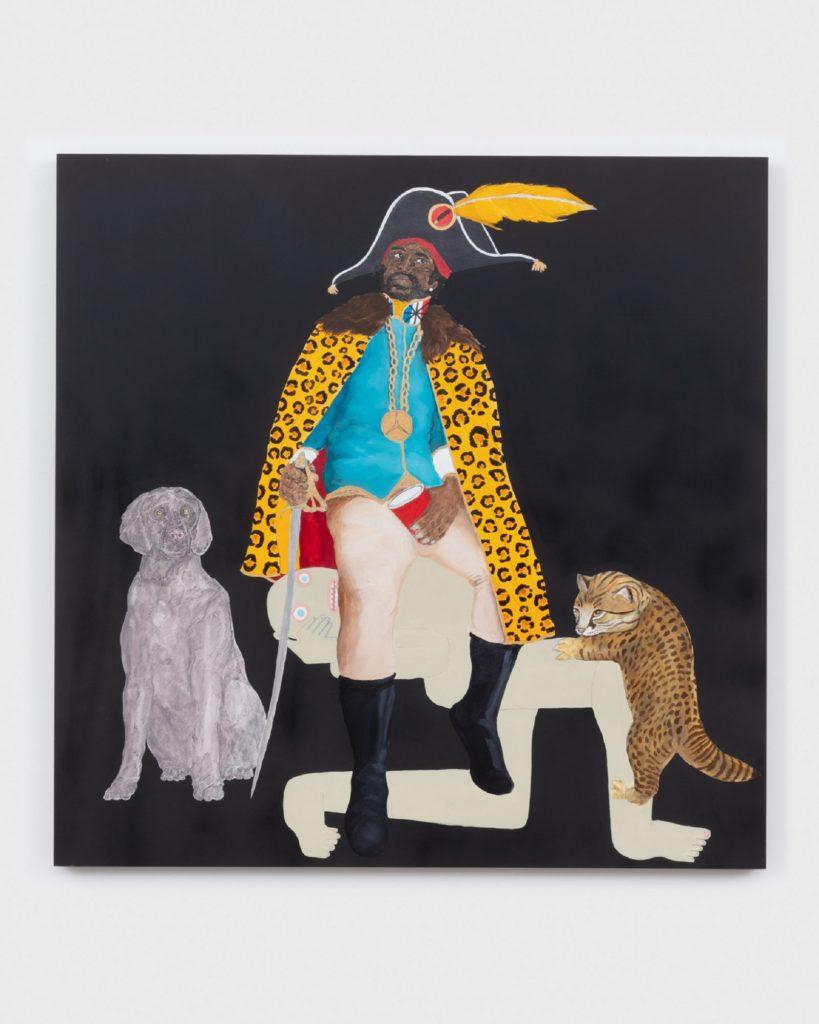 Umar Rashid, Harlem Carl, commander of the desperate, and saint of the domesticated (2022). Photo: Josh Schaedel. Courtesy of MoMA PS1.

I’m looking forward to Umar Rashid—an incredible Los Angeles-based artist who we have represented since 2020, who has a solo show at MoMA PS1 in New York opening at the end of this September, a booth with us at Frieze London this October, and in 2023, a residency at artist Yinka Shonibare’s GAS Foundation that will lead to a solo at our Lagos gallery space and the Sharjah Biennale.

For nearly two decades, Umar has been telling the story—through painting, sculpture, drawing—of the imagined “Frenglish” empire, a global imperium operating between the 17th and 19th centuries: an epic, sprawling alternative history with cast of colorful characters and extraordinary events not so dissimilar to our own past. Mixing references to hip-hop, ancient, and modern pop culture, his lyrical and often humorous universe makes history accessible and shines a light on the fraught legacies of colonialism and how we understand power, race, gender, and class today. 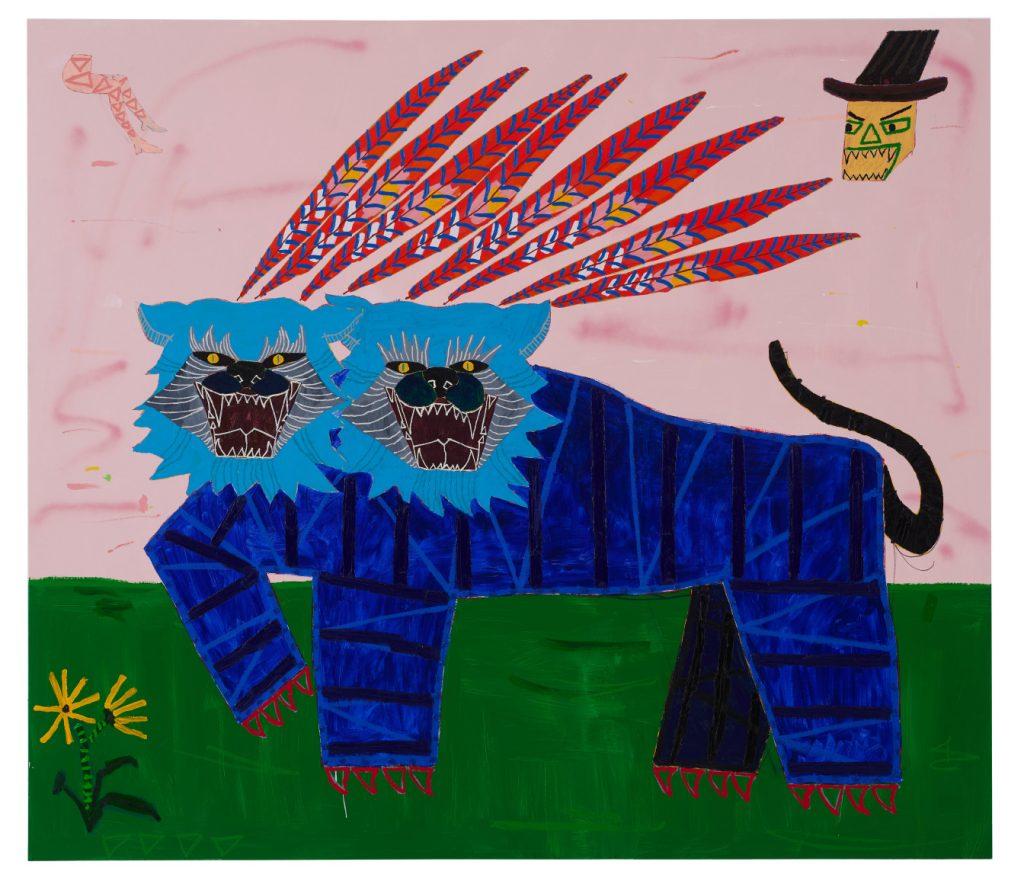 Jordy Kerwick is a self-taught artist who, despite only embarking on his artistic career in 2016, has quickly acquired global recognition for his raw and unapologetic approach to painting. His first foray into the art market involved selling his works through Instagram—just six years later, in March 2022, one of his paintings commanded over £200,000 at auction.

His spiraling success is set to continue this autumn with a major moment in London, including his participation in the highly anticipated Frieze Sculpture. At the Arts Club, he will be inaugurating our new members lounge with a solo exhibition of unseen works. I urge everyone to see Jordy’s paintings in the flesh; his bold palette and folkloric, menacing cast of characters transport you into an otherworldly fairy-tale. 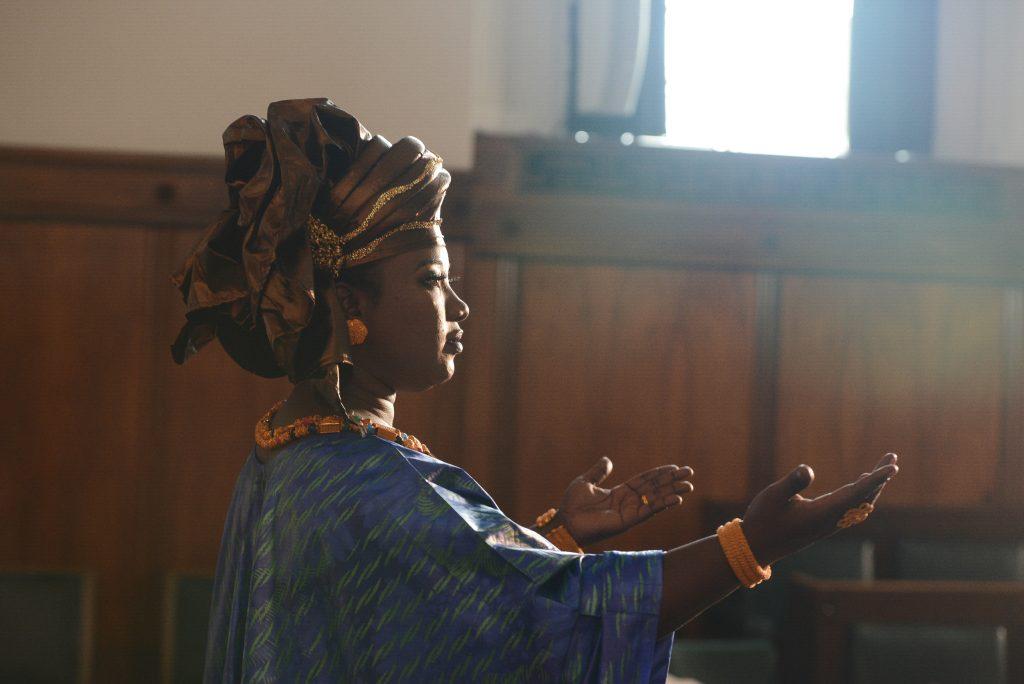 In a world that is extracting itself from the doldrums while facing the dispiriting prospect of “winter is coming” à la , I look to artists to create new narratives, challenge the status quo, and ask questions that we all feel too weary to raise. Lindsey Mendick is one of these artists. She is so honest it’s uncomfortable, and it’s exactly that honesty that’s valuable today. It’s human, vulnerable and relevant. She honors her icons, stages pointed questions, examines personal integrity and value systems through the artist’s eye, and puts a cute mouse in a ruff to disarm for good measure. Her blue hair is a triumph (that’s by the by) and her generosity is refreshing, heaping dollops of love out. Notably, she has the full-on support of Tracey Emin, whose eye is remarkable and who takes her role as a mentor seriously.

There are a few artists poised for greatness, moving through the past two years, quietly producing work that has had time to incubate and is now flourishing in the reopened world. The Barbados-born Alberta Whittle, the most collaborative artist I have ever encountered, stormed the Venice Biennale with the wonderful Scottish pavilion installation, which continues to research the damage from colonialism and it is set to tour Scotland. She smartly followed it up with a show at Nicola Vassell Gallery in New York. Watch out for Alberta’s new work, , screened as part of the Hackney Windrush public program in London.

Sekai Machache has a bubble of interest around her, showing in 2021 at Stills and taking part in residencies at Talbot Rice and Cove Park, where her work has and is going from strength to strength. She’s early in her career, but seriously powerful and captivating. 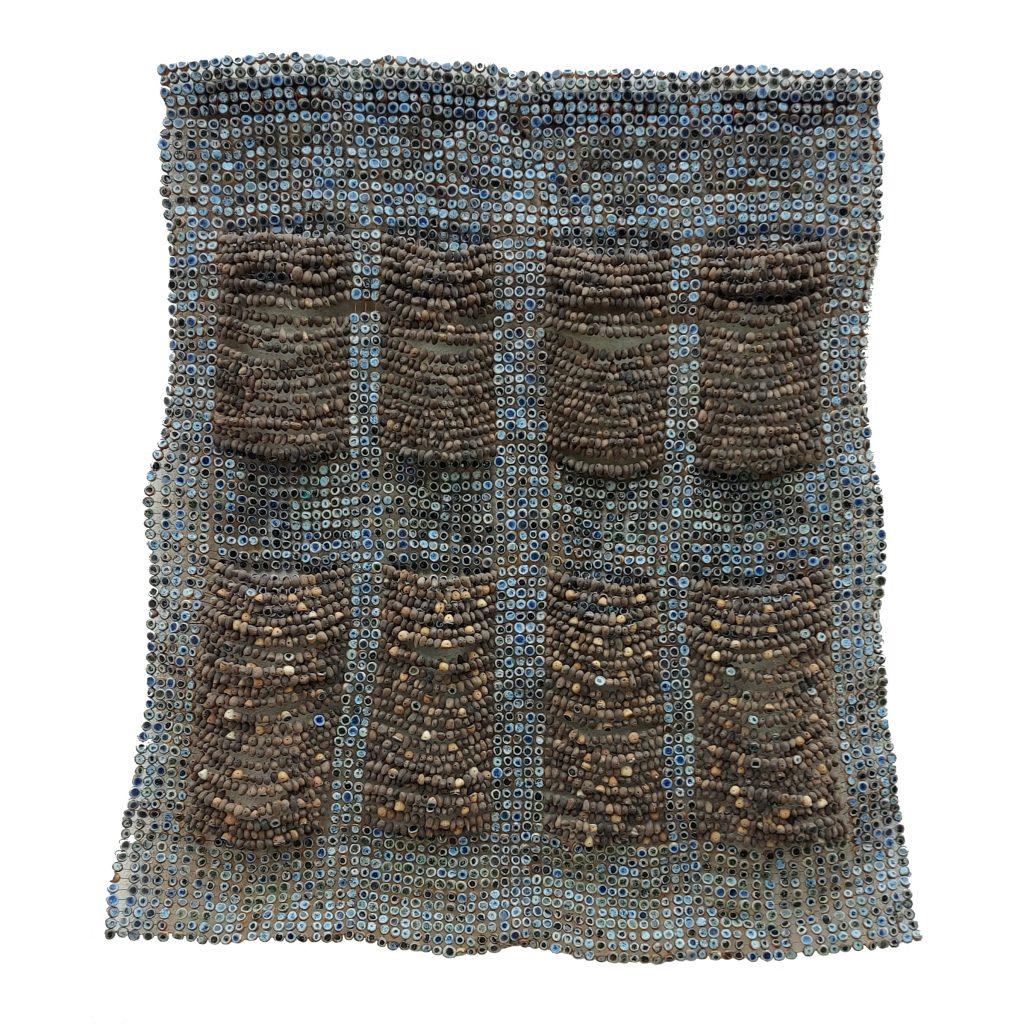 The Nigerian artist Ozioma Onuzulike, who makes intricate wall sculptures and installations, is one artist to watch out for. He is already firmly established as an important artist and educator in Nigeria, as he heads the art department at the University of Nigeria, Nsukka, an important historical center for art education in the country. Before Ozioma took the helm at Nsukka, the art department had been led by the legendary El Anatsui, and Ozioma follows in Anatsui’s tradition as his mentee. After an exhibition at the Centre for Contemporary Art (CCA), Lagos, in 2019, his solo exhibition last year in Lagos was a major success. He has since exhibited at Art X Lagos and the Armory Show in September, in the curated Focus section, which examines the intersectionality of issues surrounding the environment within South-South ecologies. His work was also featured in the recently concluded exhibition, “[Re:}Entanglements: Colonial Collections in Decolonial Times” at the Museum of Archeology and Anthropology at the University of Cambridge. In his newest large-scale work created for the Armory Show, there are over 15,000 ceramic beads that form a tapestry-like wall sculpture, with differing glazes and glass inlays that create beautiful textures. 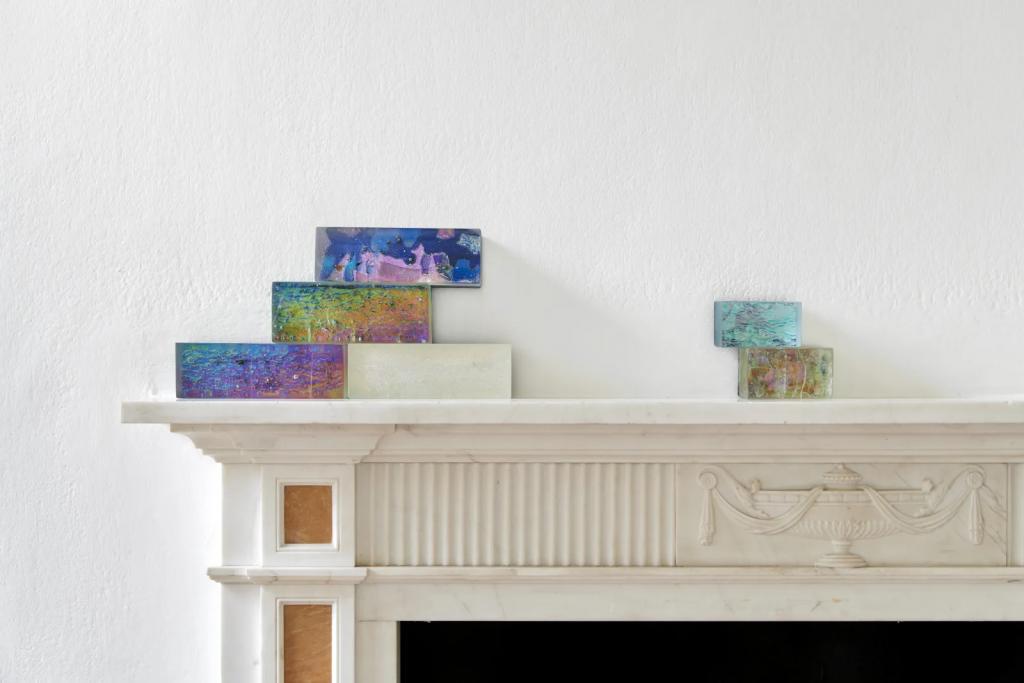 Flavie Audi is a supremely talented artist. She constantly explores new ways of working with timeless materials such as glass, ceramics, or wood in the physical world as well as in the digital one. Her recent exhibitions at Tristan Hoare in London and at Nilufar in Milan were spectacular. 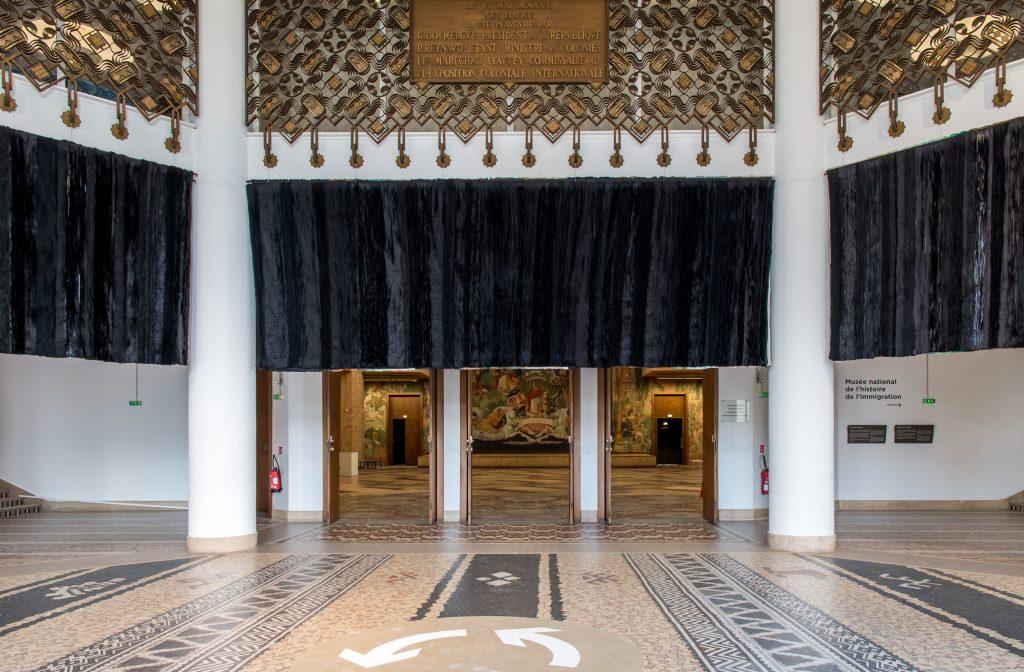 Besides his participation in international shows in Europe and Asia, Joël Andrianomearisoa will be having three solo exhibitions in major venues on the African continent: the Museum of African Contemporary Art Al Maaden (MACAAL) in Marrakesh, Zeitz MOCAA in Cape Town, and Fondation Zinsou in Benin. While taking different forms, these simultaneous shows embody his very poetic way to inhabit spaces and reshape materials.

For “Our Land Just Like a Dream” (MACAAL, September 24–July 16, 2023), Andrianomearisoa will be exploring the Moroccan traditional through a series of dialogues with local craftsmen, artists, and artworks from the museum’s collection. This exhibition makes an eloquent statement about craft and challenges the traditional border that separates contemporary art from artisanry. 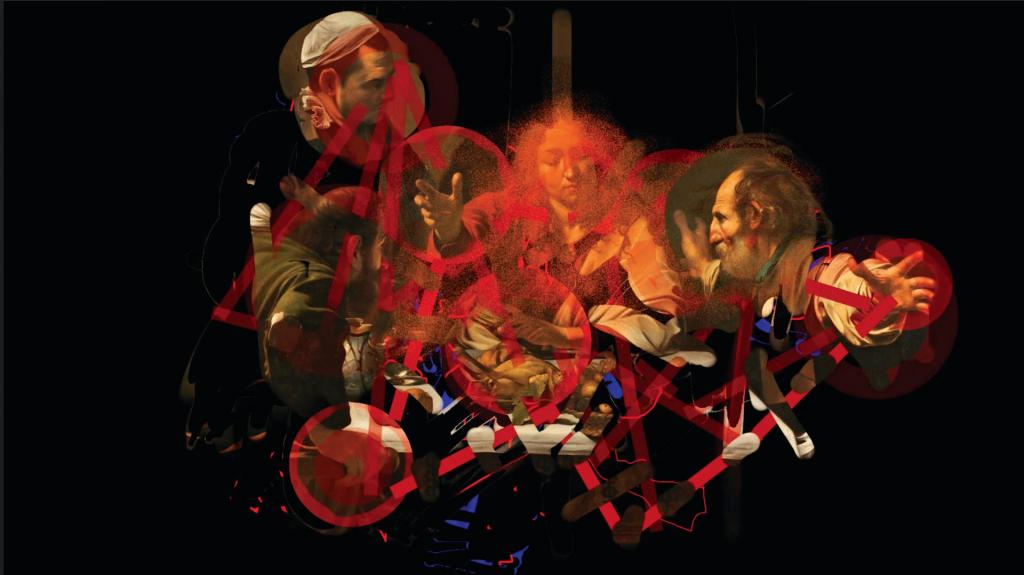 I’m looking forward to seeing more of Nalini Malani in the public eye—an extraordinary artist of Indian heritage who for five decades has given voice to marginalized stories addressing such themes as violence, feminism, and national identity across a monumental multimedia practice including video, painting, photography, and painting. Her dynamic, fiercely experimental work draws on her experience as a refugee of the partition of India and its ensuing legacies.

This October, Malani’s exhibition “My Reality is Different” opens at the Holburne Museum in Bath, U.K., before touring to the National Gallery next year, and presents an animated response to famous paintings by artists like Caravaggio, Bronzino, Jan der Venne, and Johann Zoffany held in collections of those institutions.

Things You Should Know About… Invader