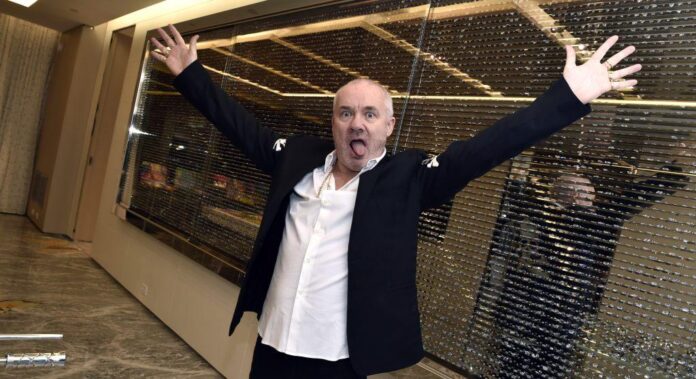 Damien Hirst’s woes with animal rights groups continue. A German museum has dismantled the artist’s installation (1990) in response to complaints from the animal rights group PETA. The work, a bisected glass cube, sees flies hatch on one side, travel through a hole to reach artificial light, and die upon arrival from an “Insect-O-Cutor.”

The Kunstmuseum Wolfsburg was also issued a formal complaint by the city’s veterinary office.

The work was included in a large group exhibition called “Power! Light!” that explores the use of artificial light in art, curated by the Kunstmuseum’s director, Andreas Beitin, together with Holger Broeker.

“We thought that flies were not covered by the Animal Welfare Act,” Beitin told the German newspaper Braunschweiger Zeitung, adding that the work was meant to draw attention to the fact that insects die every night from public light.

In a separate statement, a representative for PETA said that “killing animals has nothing to do with art, it just shows the arrogance of people who literally will stop at nothing for their own interests.” The representative added that according to Germany’s Animal Welfare Act, no one may hurt or harm an animal without a “reasonable reason.”

was first exhibited alongside one of Hirst’s most famous works, , in London in 1990. In the latter, more brutal work, a severed cow’s head is positioned below the fly-zapper. The dead flies are meant to accumulate over the course of the exhibition.

“We share the basic idea of ​​​​the animal protection organization that animals are not there to entertain us or that we exploit them,” said Otmar Böhmer, the managing director of the Kunstmuseum. He said the work was dismantled in advance of the show’s closure on July 10. 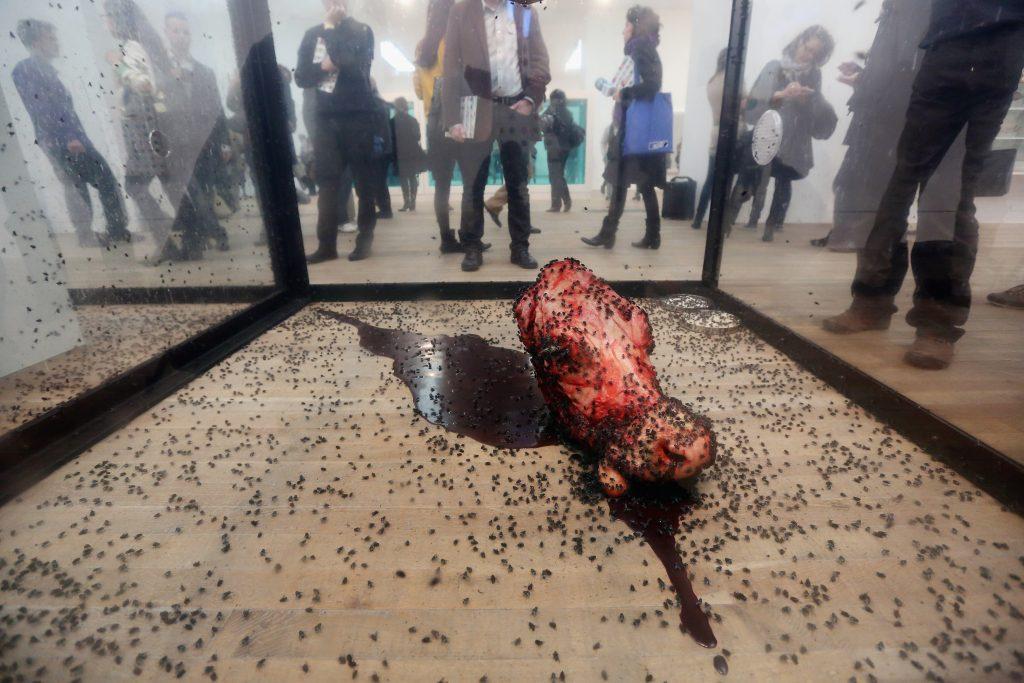 People view a fly-covered cow’s head, part of an artwork by Damien Hirst entitled ‘A Thousand Years’ in the Tate Modern art gallery on April 2, 2012 in London, England.Photo by Oli Scarff/Getty Images.

This is far from the first time the YBA star has been called out by PETA for his art, with the organization a well-known critic of his infamous installations of dead (and yes, even dissected) animals preserved in formaldehyde.

Beginning in the 1990s, when Hirst exploded onto the British art scene with his work One Thousand Years, the memento mori aspect of his work has long be the subject of ire for animal-rights activists concerned over his macabre fascination with art and death.

In 2017, Artnet News’ own Caroline Goldstein went so far as to try and count how many dead beings Hirst’s art had so far produced. The answer? Nearly one million (with the vast majority, approximately 912,005, being insects and butterflies).

Dead larvae aside, it’s unlikely more flies will be swarming to the installation anytime soon, nor is this likely the artist’s last bout with PETA. The museum, for its part, says it has been trying to contact the artist and his studio to clarify whether the installation can be presented with artificial flies. Otherwise, according to Der Spiegel, it may never be exhibited again.

A representative for Hirst did not immediately respond to a request for comment.

What Does Korea Collect? As Seoul’s Art Market Gathers Heat, International Galleries Share What They Know About the Local Ecosystem