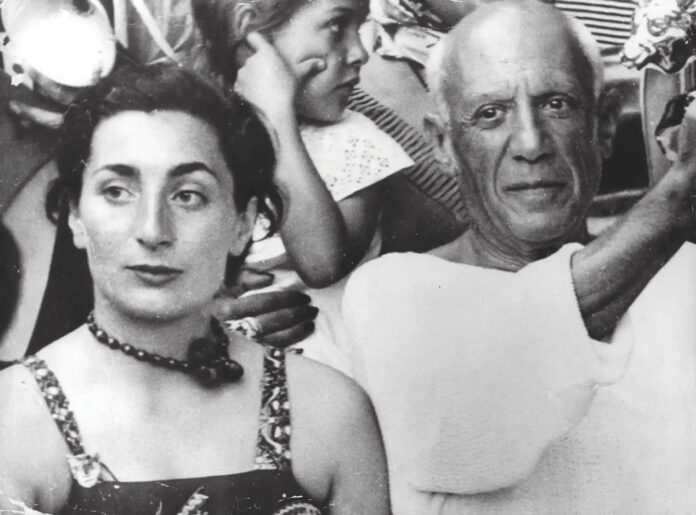 In a case of more than 550 stolen Picasso drawings and prints, the prosecutor has asked for suspended prison sentences against the owners of the Parisian gallery Belle et Belle.

The gallerist Anne Pfeffer and her husband Herbert, stand accused of concealing hundreds of works stolen from the daughters of Jacqueline Picasso and the art dealer Aimé Maeght. According to the two women, Catherine Hutin-Blay and Sylvie Baltazart-Eon, at least 553 drawings and original prints by Picasso, worth more than €13.5m, were stolen between 2006 and 2008 from their neighbouring houses in Paris by a handyman who used their keys in their absence.

The theft was only discovered in 2011 when four drawings were presented to Picasso’s estate for authentication prior to an exhibition at another Parisian gallery. The thief, Freddy Muchenbach, was detained for four months and released because of the statute of limitation. He admitted to having stolen hundreds of works on paper from Hutin-Blay and Baltazart-Eon, to cover his gambling’s debts.

According to Muchenbach, he sold them to a middleman nicknamed Toni for an alleged total of €150,000. Arrested in Italy, Antonio Celano (Toni), confessed that he sold the loot, for the same price plus a 10% commission, to Anne Pfeffer, the 80 year-old owner of Belle et Belle. But, in court, Celano denied knowing the origins of the haul and claimed he did not know that the drawings could have been sketches made by Picasso.

During the trial, from 5-7 October, Pfeffer and her husband denied any wrongdoing but refused to answer any questions. The investigation had shown a dysfunctional management of their gallery: sales of unsigned drawings by Picasso, failure to keep records of transactions, illicit payments in cash, and the use of an offshore company tied to an anonymous bank account in Switzerland. “It was not perfect,” acknowledged François Artuphel, one of the couple’s defence attorneys, “but there was no way for them to understand that the works they purchased had been stolen”. Celano claimed that “this is how it works”, referring to the mechanisms of the art market at the time. The gallery was never charged for fiscal fraud.

Fifty-six works were recovered from the couple’s gallery and apartments, their cellars and the cellar of their daughter, Géraldine Pfeffer-Lévy, and from experts and collectors who had all attained them from Belle et Belle. Some sheets were damaged or had been cut into pieces when they bore several drawings.

Jacqueline Laffont, another defence attorney, tried to minimise the importance of the theft, claiming it was difficult to trust the two heiresses, who sometimes had to correct the number of missing pieces. Baltazart-Eon testified to the difficulties of establishing inventories of thousands of sheets, especially when the main suspects did everything to conceal their handling of the stolen properties. The chief investigator, Thomas Ehrardy, stated that the Pfeffer family demonstrated “particular treachery” during the seven-year investigation. Herbert Pfeffer, who is a doctor, initially claimed he had bought some of Picasso’s drawings from a patient, urging him to make a statement in exchange of prescriptions of Valium. Herbert confessed to the court that he “was not proud of this lie”.

The legal register of transactions vanished from the gallery, when the premises were sealed, but the Pfeffers denied having anything to do with the burglary. According to charges against them, in some cases, the number inscribed on engravings by Miro, Giacometti, Kandinsky, Calder and the like had been changed. As the first numbers of the limited editions were destined by Aimé Maeght for his children, a 4/50 would become 14/50, to avoid any trail to the dealer’s daughter. “There is nothing normal in their behaviour: the perpetrators are gangrene for the art market,” said Anne-Sophie Nardon, a lawyer for the two heiresses, who also asks “where are the 500 works or so still missing?” A judgement on the case is expected on 18 November.