Home News A Massive Railroad Project in Mexico Has Led to the Discovery of... 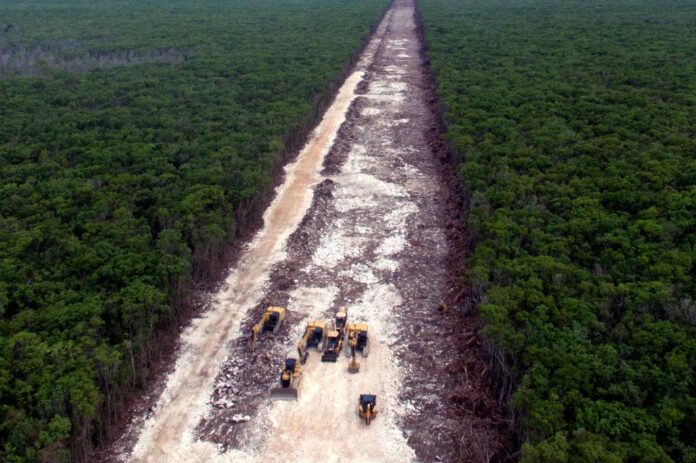 The ancients are once again haunting the $8 billion Maya Train project, which has struggled to lay tracks around Mexico’s Yucatán peninsula since construction started in 2020.

As part of president Andrés Manuel López Obrador’s regular news briefing last Thursday, Diego Prieto, director of Mexico’s National Institute of Anthropology and History (INAH), told press that an archaeological survey along section 5 of the project, between Playa del Carmen and Tulum, has uncovered an “impressive” archeological site of more than 300 buildings, “some of which are over 8 meters high,” wrote .

The said that Prieto also presented “detailed information about the findings” such as “schematic maps of what they believed the settlement could have looked like.”

“Engineering adjustments are being made to the southern part of section 5 [of the railroad] in order to protect an impressive archaeological site that we’ve recognized as Paamul II,” Prieto said during the conference. The site will now be protected by an ecological and archaeological corridor.

The Maya Train will connect the Yucatán’s historical sites, with one aim being to encourage tourists to explore beyond their all-inclusive resorts. Alstom, the transportation company handling the Maya Train project, says it “will be one of the most important infrastructure works in the history of Mexico’s rail network,” supporting economic growth while “preserving natural areas, ecosystems and the environment, promoting tourism, and safeguarding local indigenous cultures.”

Archeologists, environmental activists, and residents have all contested those benefits—fiercely. Many argue that resort developments are threatening the environment and culture that gives these destinations their draw in the first place.

This January, business owners in Playa del Carmen convinced the government to divert the original route, which included an elevated track that would divide their city. In March, local environmental group Moce Yax Cuxtal blasted that proposed route, which requires the felling of virgin forest. 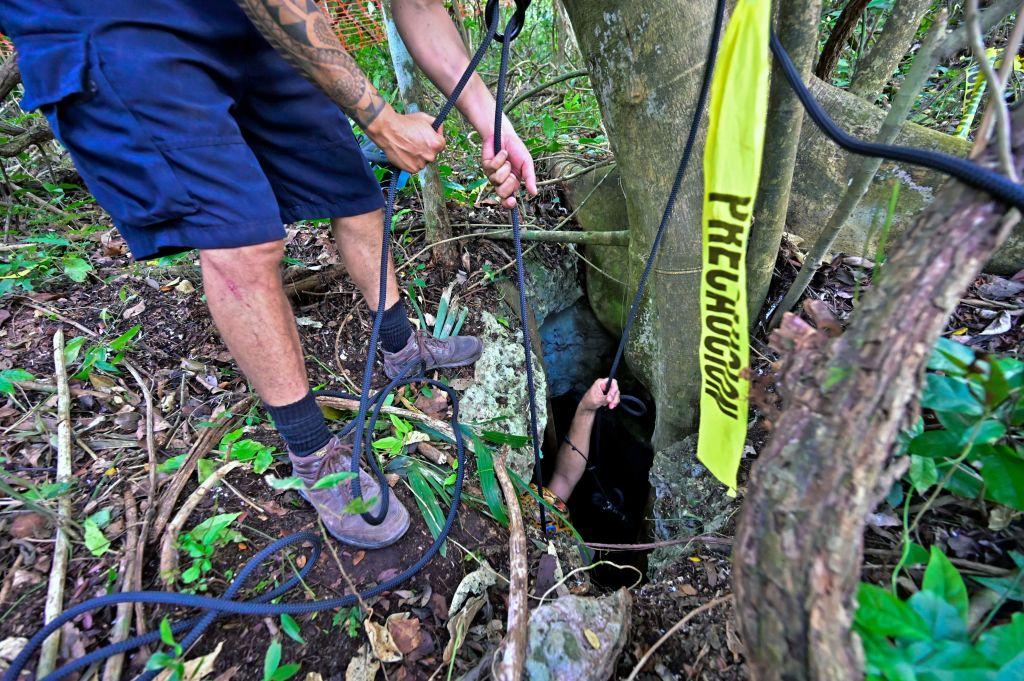 Activists explore a recently found cave named El Escondrijo near the construction site of Section 5 South of the Maya Train between the resorts of Playa del Carmen and Tulum. Photo by Pedro Pardo/AFP via Getty Images.

A judge sided with Moce Yax Cuxtal, pausing the project in June. But by July, President López Obrador retaliated against blockages by designating the Maya Train a “national security project,” calling the legal challenges a “conspiracy led by corrupt individuals.”

Per Prieto’s press conference, INAH’s archaeological review of Tramo 5 Sur is only 11 percent complete. Divers are scouring the caverns and cenotes in the area, and even finding ice age-era fauna.

Prieto added that over 25,000 “immovable assets” have been discovered along all sections of the railroad. These have included ancient roads, 431 complete ceramic pots, and 423 bones “corresponding to [pre-Hispanic] human burials.” At the conference, Prieto promised these pieces would go on display in museums around the nation—even teasing a new institution in Mérida specifically for “Maya Train discoveries.”

Until then, it seems all but certain that this project’s will push forward, even if it’s delayed again for now. The Maya Train is set to open by December 2023, in tandem with the new Tulum Airport a few months after.