Home News A New Exhibition at the Blanton Museum in Texas Is Using Fashion... 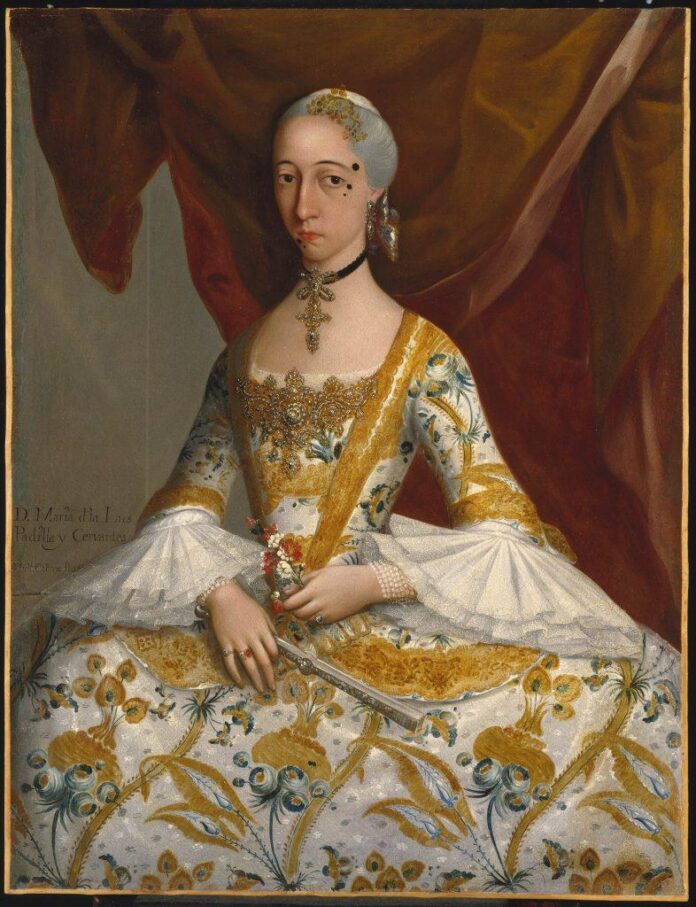 While there’s long been a vogue for exhibiting fashion in museums, Austin’s Blanton Museum of Art is now using fashion as a lens to explore art history. Last week, it opened “Painted Cloth: Fashion and Ritual in Colonial Latin America” (through January 8, 2023), with more than 70 objects produced across Latin America in the 1700s.

“The elaborate fabrics, fashion, and other richly textured works in this show will give our audiences a good look into everyday life during an era of dynamic cultural exchange,” said the Blanton’s director Simone Wicha, in a statement. “And show how clothing—then as now—is so intertwined with our identities.”

The fashion on display is hardly frivolous. From garments and textiles to paintings and sculptures that depict them, the exhibition explores the making and meaning of such materials in contexts both sacred and mundane. It also spotlights the tussle between Indigenous and European aesthetics and cultural traditions at a time when new political, social, and religious hierarchies were being imposed in Latin America under Spanish rule. 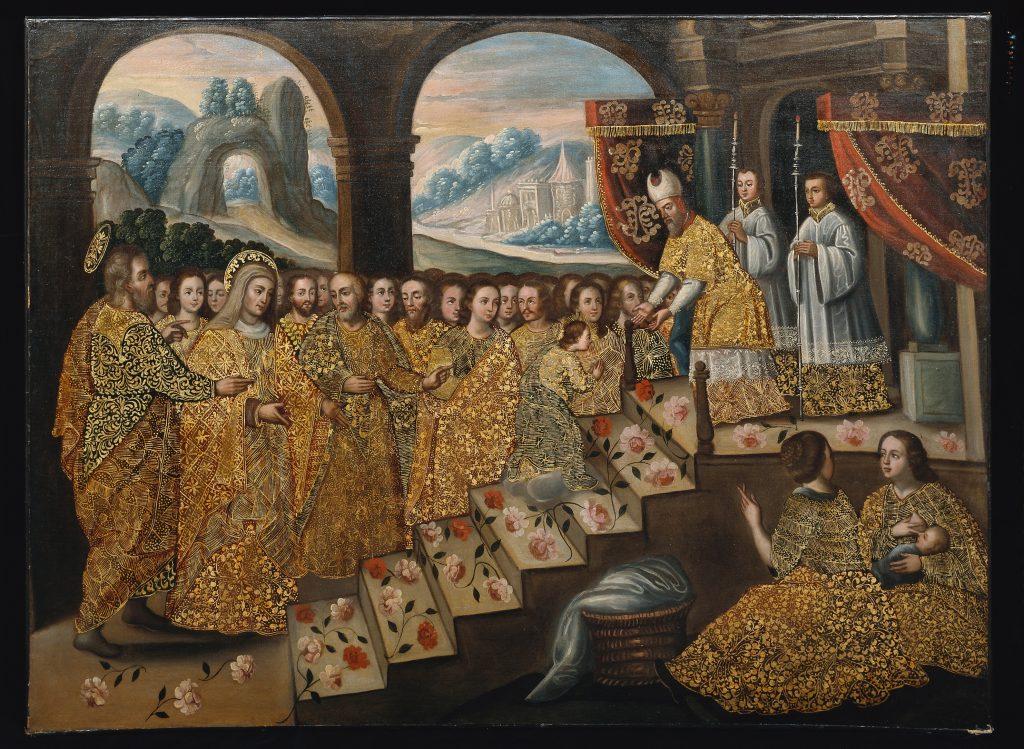 In of the Virgin in the Temple, a work of oil and gold on canvas, tunics and mantles are gilded with , a gold-brocade technique characteristic of Indigenous art from 18th-century Cusco. Collection of Carl and Marilynn Thoma. Courtesy of the Blanton Museum.

The objects on display are woven with complex narratives of status and survival, and they span class, gender, race, religion, and the legacies of colonialism. They include portraits commissioned by the Incan elite, showing them wearing intricate Indigenous clothing to amplify their royal ancestry, as well as by Latin-American sitters seeking social prestige by dressing in European finery. Rare Mexican and Peruvian paintings on view prominently showcase women and people of color dressed as masters of crafts that were largely closed off to them.

“Garments are a lens by which we can recognize the many inequalities and societal contradictions that characterized the social fabric of this contested era,” said Rosario I. Granados, the show’s lead curator, “which altered the lives of so many Indigenous communities, but also the beauty of the Spanish America’s artistic production and thereby the diverse cultures of its peoples.”

“This exhibition brings visibility to the art of the Spanish Americas,” she added, “which continues to be misrepresented and needs to be acknowledged in all its inventiveness.”

The show is especially timely as museums are scrambling to decolonize their collections. “Recognizing the beauty of these artifacts on their own terms and not as derivative of European models is a way to effectively challenge the visual oppression imposed by the western canon,” Granados told Artnet News.

This is, the curator added, “an exhibition centered on the power of artistic representation and the deep symbolism of fabric.” She talked us through a selection of the paintings on display, dissecting dress codes and motifs to reveal lesser-known histories of colonial Latin America. 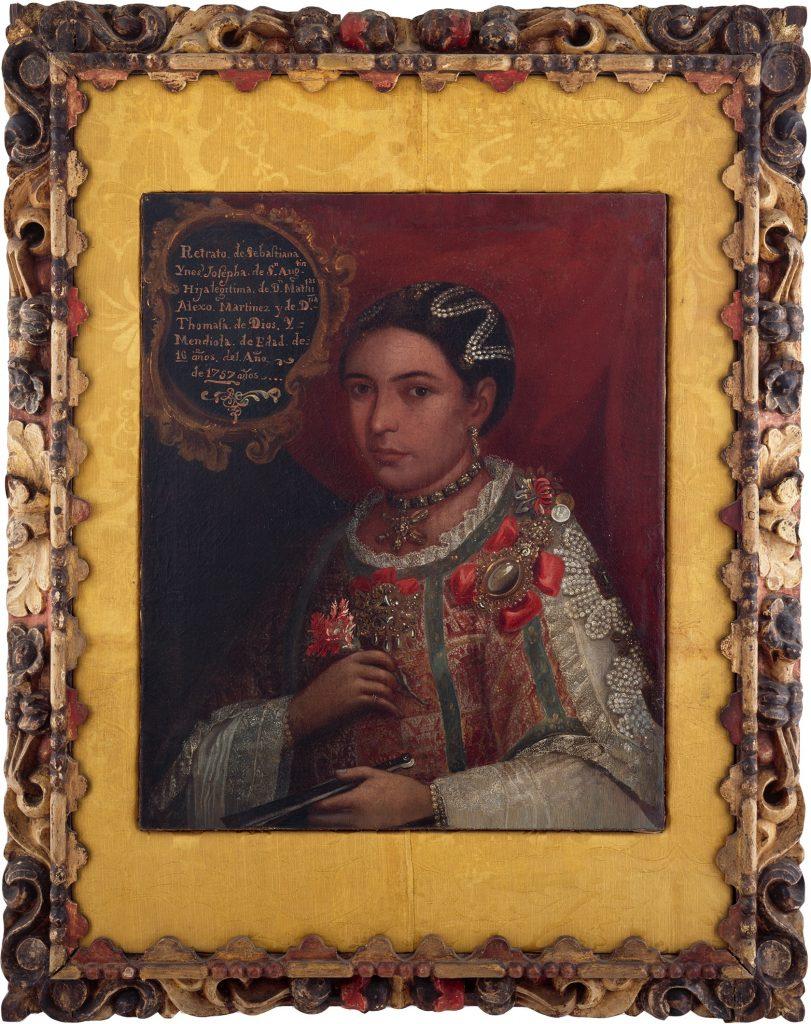 “This portrait was most likely made to celebrate the 16-year-old sitter’s entrance into the Corpus Christi Convent, an institution founded in 1720 specially for Mexico City’s Indigenous nobility. She wears a traditional , an Indigenous overblouse, ornamented with fine European lace at the neck and cuffs, showing that the power Indigenous leaders still carried weight 200 years after the Spanish invasion.” 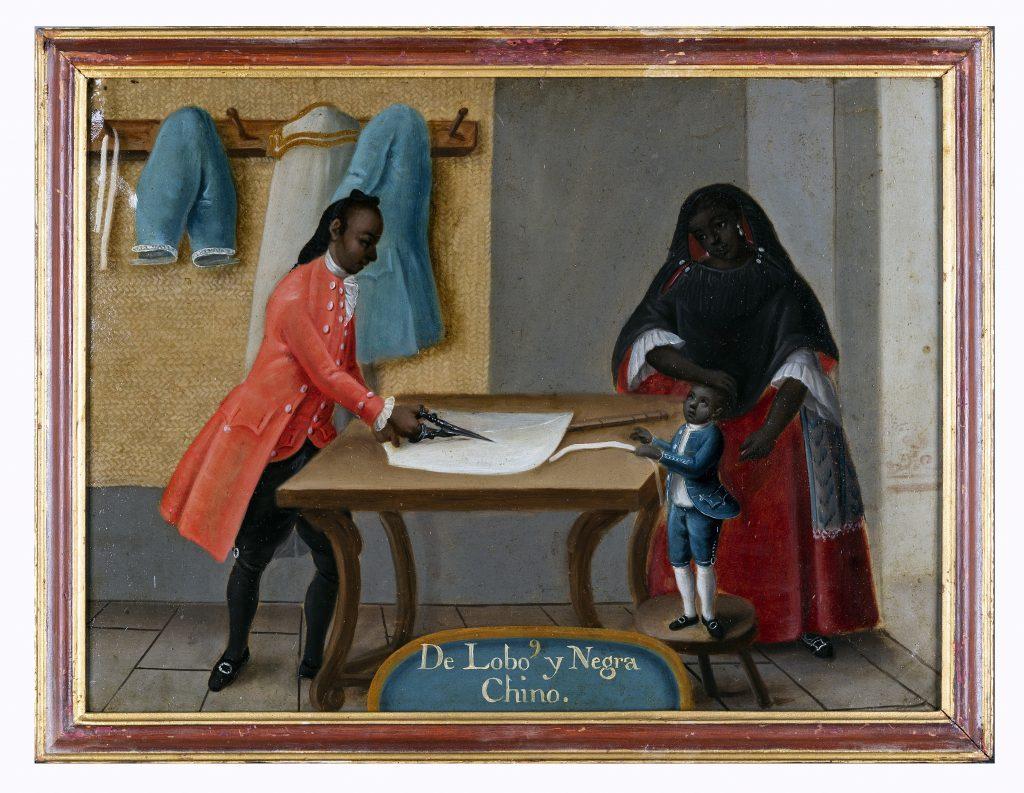 painting is a uniquely Mexican artistic genre that combines fiction and reality to document the ethnic mixing of European, Indigenous, and African peoples in the Spanish Americas. Despite sumptuary laws that sought to regulate clothing practices, this painting shows that European attire was not exclusively worn by wealthy men of Spanish descent (). A man of Indigenous and Black descent is represented as a tailor, althought guild regulations stated that only men of Spanish descent could be recognized as master tailors and have their own stores to sell garments. In this painting, it is impossible to know whether the man depicted is working for himself or somebody else.” 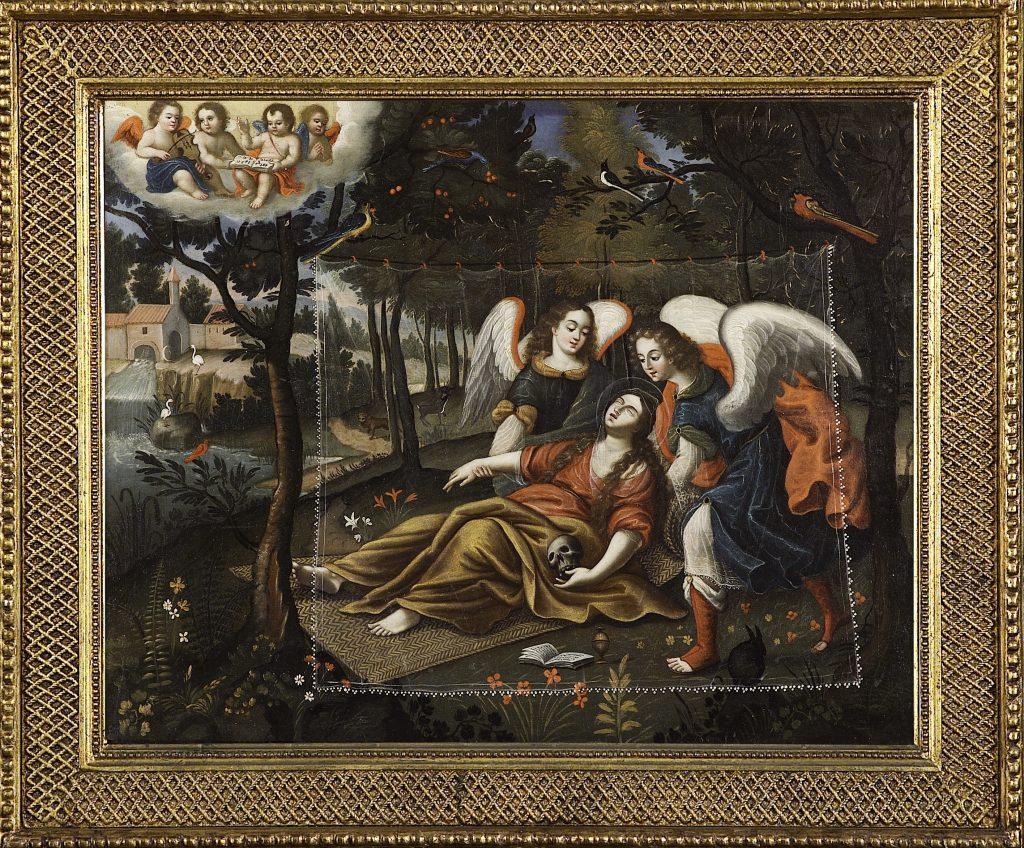 “At its center, this painting features a delicate veil insinuated only by subtle white brushstrokes that delineate its edge. Rather than concealing something, the lace reveals the body of Mary Magdalene—a follower of Jesus and an eremite who embodies a miraculous action despite being identified in the Gospel as a prostitute. The veil is testimony to the inventiveness of the Cusco master, who in this unique manner reimagined a composition of Flemish painter Peter Paul Rubens.” 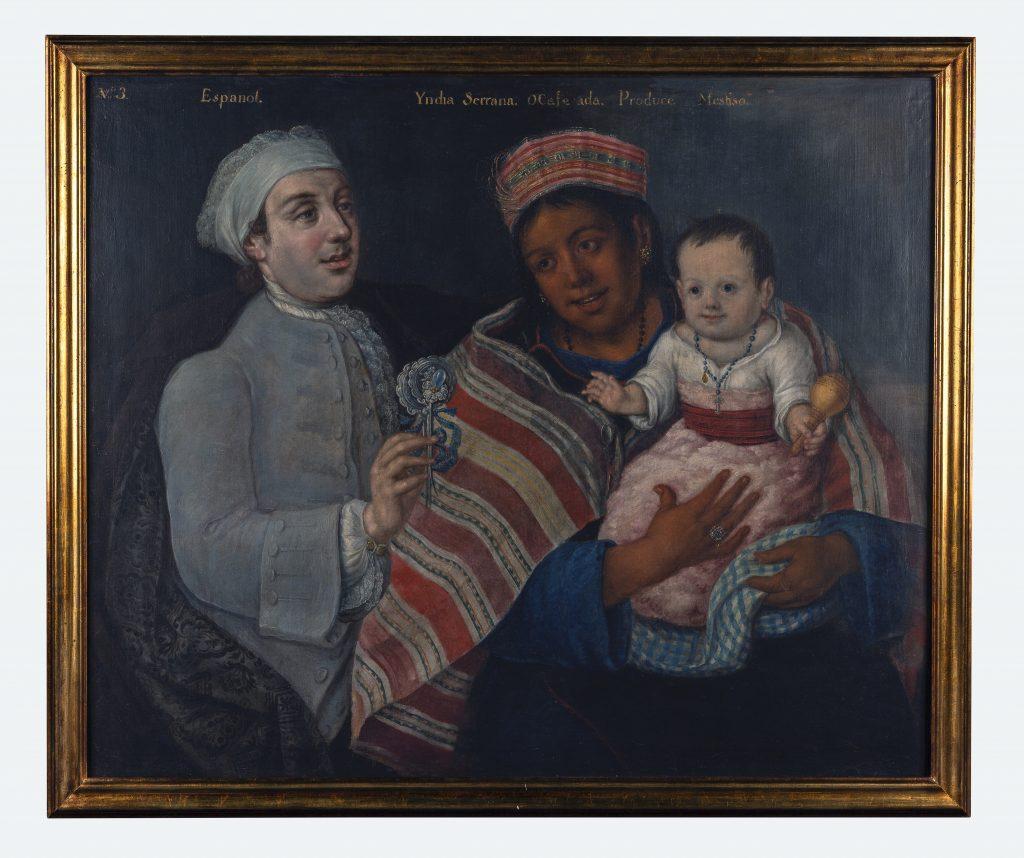 “Shown for the first time in the United States, this work is part of the only series made in Peru; similar to Mexican paintings, it aimed to record the Spanish Americas’ racial diversity. The full series, consisting of 20 canvases, was commissioned by Peru’s viceroy Manuel Amat y Junyent as a gift for king Charles IV’s Cabinet of Natural History. This painting articulates the social mobility of the Indigenous woman, labeled to denote her highlands origin; refers to the fact that she has assimilated to the European culture through her relationship with the French-attired man. Her garment, however, remains Indigenous—she wears a shawl, similar to a , the traditional Andean mantle. Interestingly, the man offers her what most likely is a , a pin traditionally used at the chest to keep the llicla in place.”

Spotlight: Bettina Pousttchi’s Installation at a German Sculpture Park Blurs the Line Between Photography and Architecture

7 Questions for U.K. Artist Nicola Green on How Art Can Preserve Historic Moments and Drive Change