Home News A New Exhibition in Hong Kong Aims to Boost the Market for... 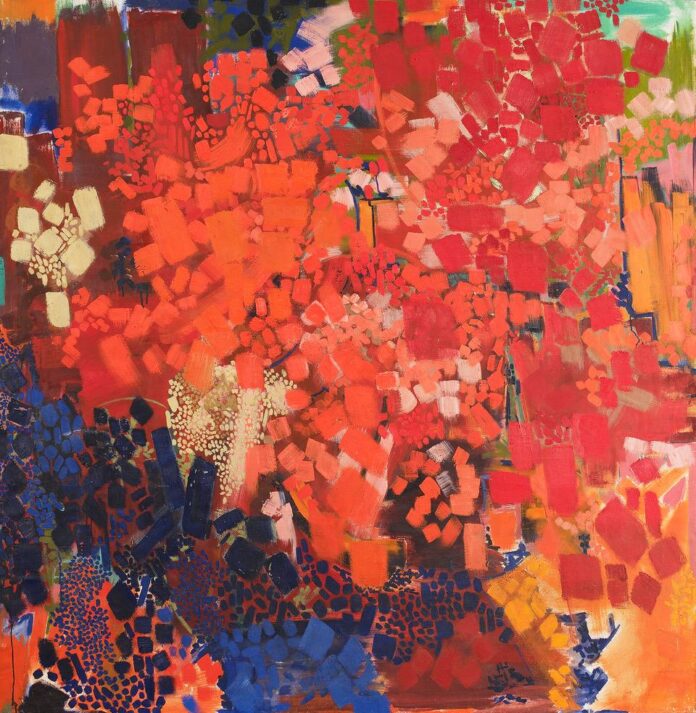 A new exhibition in Hong Kong aims to boost the market for Abstract Expressionist female artists in Asia.

The show is the inaugural presentation at Art Intelligence Global’s exhibition space in Asia’s leading art market hub. The advisory, founded by Amy Cappellazzo, Adam Chinn, and Yuki Terase in 2021, stated from the outset that one of its goals was to tap into Asia’s robust art market.

The show will run October 3 through December 2, coinciding with the fall auctions at Sotheby’s and Christie’s as well as a number of prominent events such as the annual M+ museum gala. Loans come from the Pollock-Krasner Foundation and Helen Frankenthaler Foundation. Art Intelligence Global (AIG) also collaborated with galleries, including Gagoisan and Kasmin. Several consignments come from private collections. 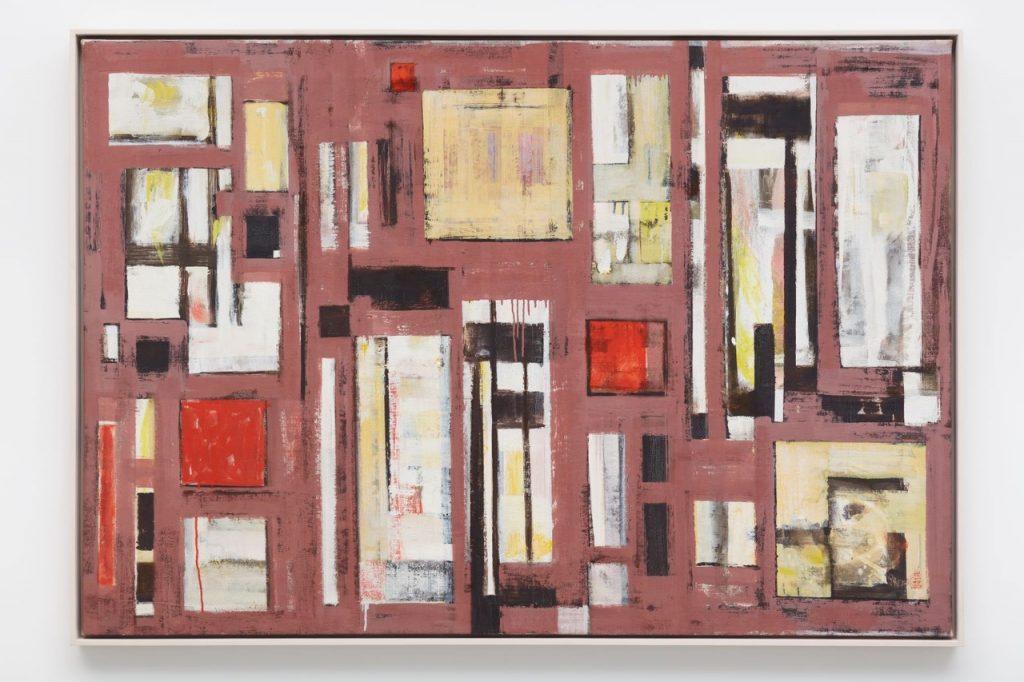 “Abstraction is the most important thing that has happened in art history since the Renaissance,” said Saara Pritchard, who joined AIG as a partner earlier this year. “Women were at the forefront of this, Krasner and her all-over abstractions and Frankenthaler and her soak stain technique. They are vastly under-acknowledged for their contributions and in the worst cases, completely overlooked.”

Pritchard has been focused on developing the markets of undervalued female artists during her career at Christie’s and Sotheby’s, where she helped set auction records for Krasner and Frankenthaler. She’s been among the major market champions of Drexler, whose prices have surpassed $1 million this year after decades in obscurity. “These are all artists I collect and believe in,” Pritchard said.

The exhibition draws its name from Shatter, a 1953 painting by Frankenthaler, on loan from the Helen Frankenthaler Foundation, and related to the artist’s first soak-stain painting, Mountains and Sea (1952). In Shatter, the artist pushes abstraction even further, completely breaking with any references and line-making to focus exclusively on the color expression, curator John Elderfield noted in his Frankenthaler monograph.

Terase, who made her name as Sotheby’s market-maker in Asia, advised on positioning the show to appeal to Asian collectors.

“Asian clients are often fast learners — young, active, and passionate,” Terase said. “By bringing in these materials and the theme, I would love to stimulate their way of looking and collecting art.”

Terase suggested focusing on five artists and bringing a mix of established and unknown names. While Krasner and Frankenthaler are blue-chip and Drexler’s paintings have been chased by Asian collectors this year, Alma Thomas and Yvonne Thomas don’t have much of a name recognition in the region, Pritchard said. 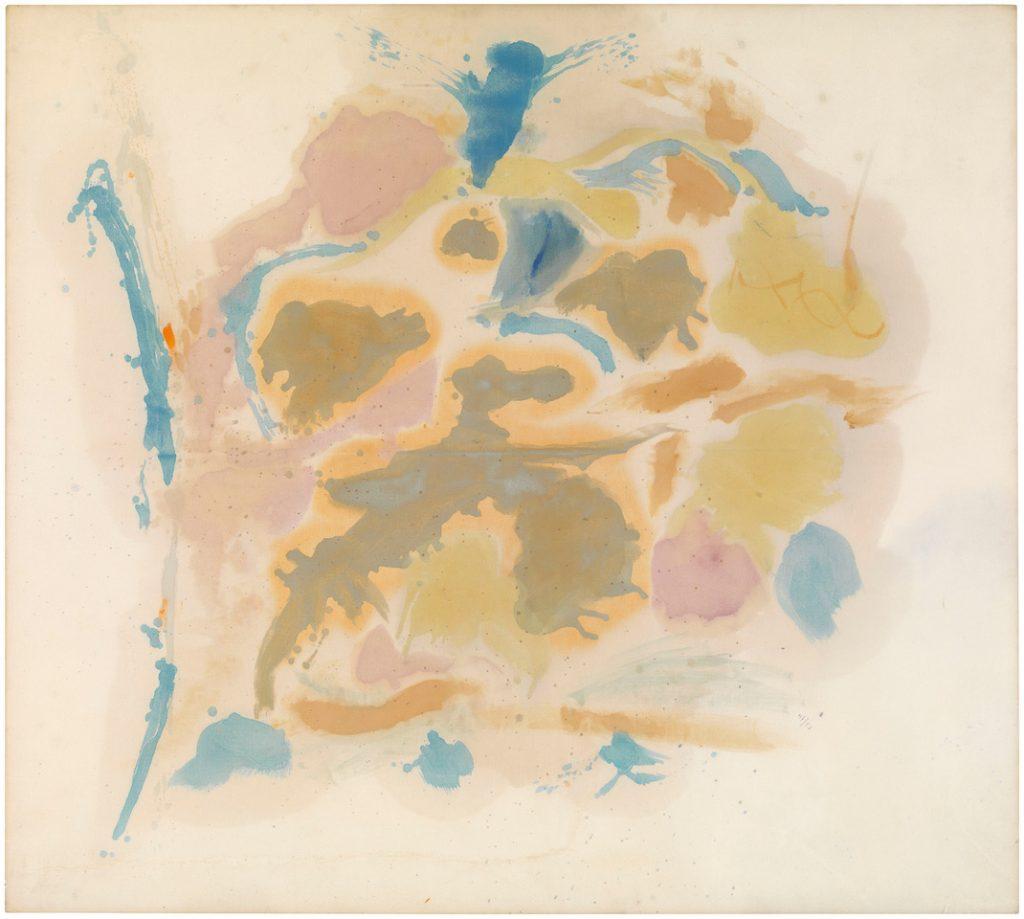 Alma Thomas was a member of the Washington Color School and the first Black woman to have a solo show at the Whitney Museum of American Art in 1972; Yvonne Thomas was included in the famous “9th Street Art Exhibition of Paintings and Sculpture” in 1951, which marked the formal debut of Abstract Expressionism.

She sought out Gwen Chanzit, curator emerita of modern art and the Herbert Bayer Collection at the Denver Art Museum, to write an essay for the show in part because of her 2016 exhibition “Women of Abstract Expressionism” in Denver. That survey focused on the 1940s and 1950s, and Pritchard wanted to continue the conversion through the 1960s and 1970s.

“As we rewrite the history of Abstract Expressionism, we are bringing to light the remarkable achievements of some female artists who defied gender roles to become extraordinary painters,” Chanzit said in a statement about the “Shatter” exhibition.

The five artists share various connections. They were particularly interested in color. All except Alma Thomas studied with Hans Hofmann in New York. Most eventually left the city. Drexler spent the last two decades of her life on the remote Monhegan Island off the coast of Maine, for example.

Being on the periphery had a silver lining.

“Because they weren’t taken so seriously, they were free to be very experimental,” Pritchard said. “And their innovations influenced generations of painters.”

Maya Ruiz-Picasso on Growing Up With Her Famous Father’s Homemade Toys, ‘Uncle’ Braque, and His Unusual Collection of Nail Clippings

Art Industry News: Johnny Depp Rakes in $3.6 Million for His Paintings in Just a Few Hours + Other Stories