Home News A Petition Is Calling for the School of the Art Institute of... 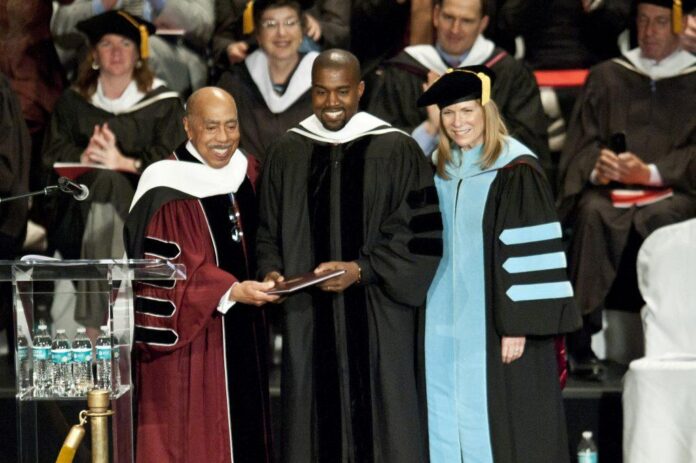 In 2015, the School of the Art Institute of Chicago (SAIC) awarded Kanye West an honorary doctorate. At the time, it seemed like a fitting accolade for the Chicago-raised artist whose work as a musician and fashion designer was, as the school stated at the time, “transformative and genre-defying.”

The school is now coming under pressure to rescind the degree following a series of antisemitic comments from West, who changed his name to Ye in 2018.

On December 1, a petition was uploaded to Change.org by an account called Against Hate at SAIC, calling on the school’s president Elissa Tenny to reverse the decision.

The petition set a goal of 500 signatories and currently stands a little over 100 signatures short. The School of the Art Institute of Chicago did not respond to multiple requests to comment on Ye’s doctorate.

“The honorary degree holds a person up as the highest standard in their field, honoring not just their art but the manner in which they are using their influence in our culture,” Nadav Assor, an artist and alumni wrote on the petition’s “Reason for Signing” section. “I sadly do not think Ye should be afforded this sort of honor at the moment.”

Despite having publicly stated a range of controversial opinions for several years, a series of inflammatory antisemitic and conspiratorial remarks Ye began making in late October prompted a new wave of pushback and calls to boycott the artist. Last week, he made a new round of offensive accusations toward Jewish people in an interview with conspiracy theorist Alex Jones on InfoWars, a far-right conspiracy theory platform.

The companies that have so far severed ties with West include Adidas, Balenciaga, and Christie’s. On December 2, the rapper was suspended from Twitter for the second time after tweeting an image of a swastika, a post that the platform’s CEO Elon Musk called “an incitement to violence.”